Werner’s Wings is a company owned by Floyd Werner Jr. a pilot and a modeler, very famous for his tutorial videos and modeling skills. Werner’s Wings offer various items, but here, we’re going to take a quick look at one of their latest releases: Phantom decals for Vietnam warbirds. Aside from that, we’re going to talk a bit about painting the Phantom before applying those decals.

With the release of J,S and now C Phantoms, Zoukei-Mura changed the scene for the Smokey Joe, giving us the best kit in any scale. Unfortunately, each of their kit features a sole paint scheme version of the Phantom included.

That disappointed a lot of modelers, used to have many options per kit, especially with the release of the Eduard’s limited edition sets featuring many per piece. Additionally, painting guide appears to be criticized by the same modelers, due to the choice of the brand to be used. 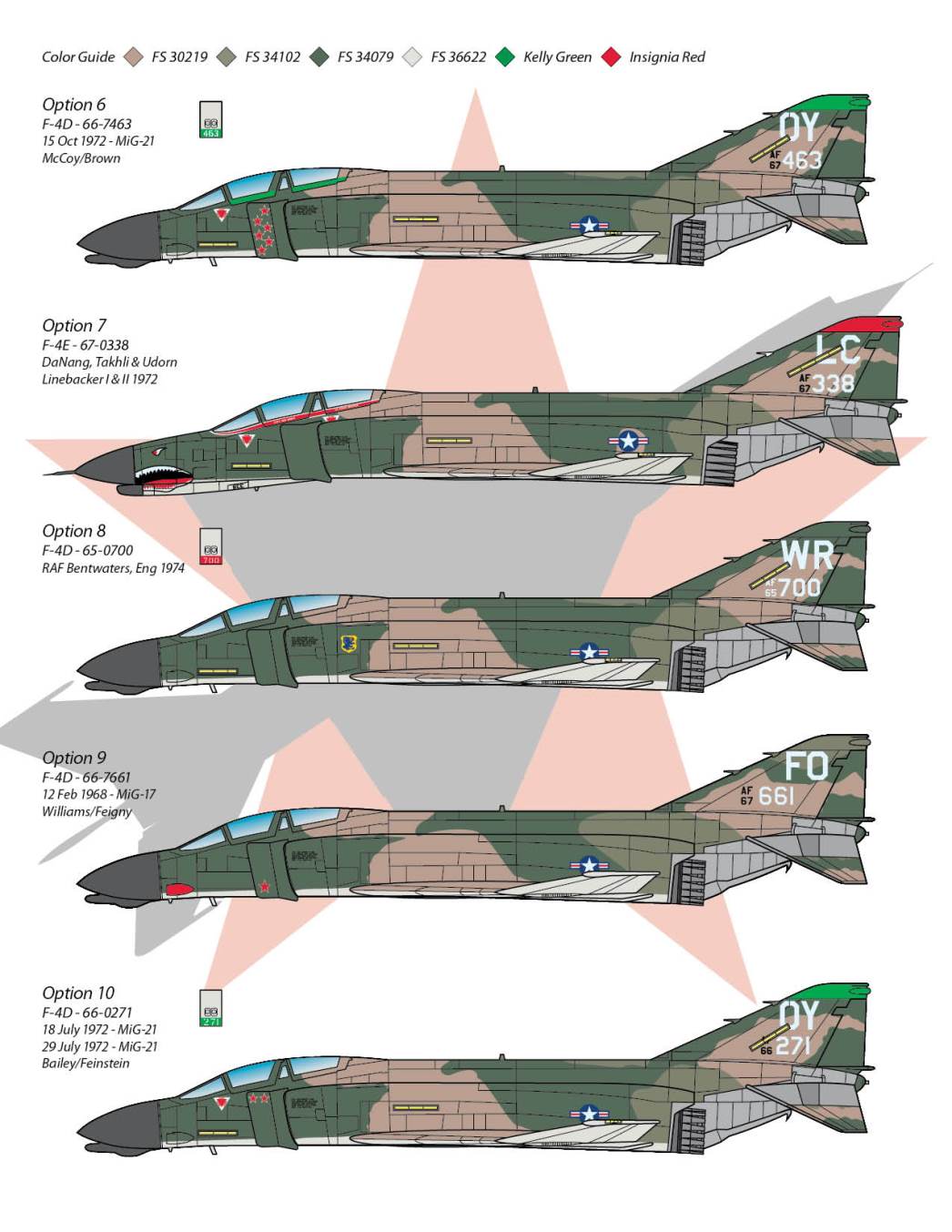 The set from Floyd:

Werner’s Wings released set featuring mostly Phantoms from the D version. There is a C and E Phantoms, with all of them featuring South-East Asia camouflages. They are pretty standard looking, with almost the same camouflage pattern. Many think the camo is exactly the same, but after a research, it appears, that slight differences are visible. Nothing important though.

Werner’s Wings set might be suitable mostly for the D version of the F-4, but there is a C included, which will fill the missing link with Zoukei-Mura’s latest release. With that in mind, I have to add that D version is upcoming from the Japanese maker, so this set will be two-in-one solution for those interested in getting more decals for their Phantom collection. 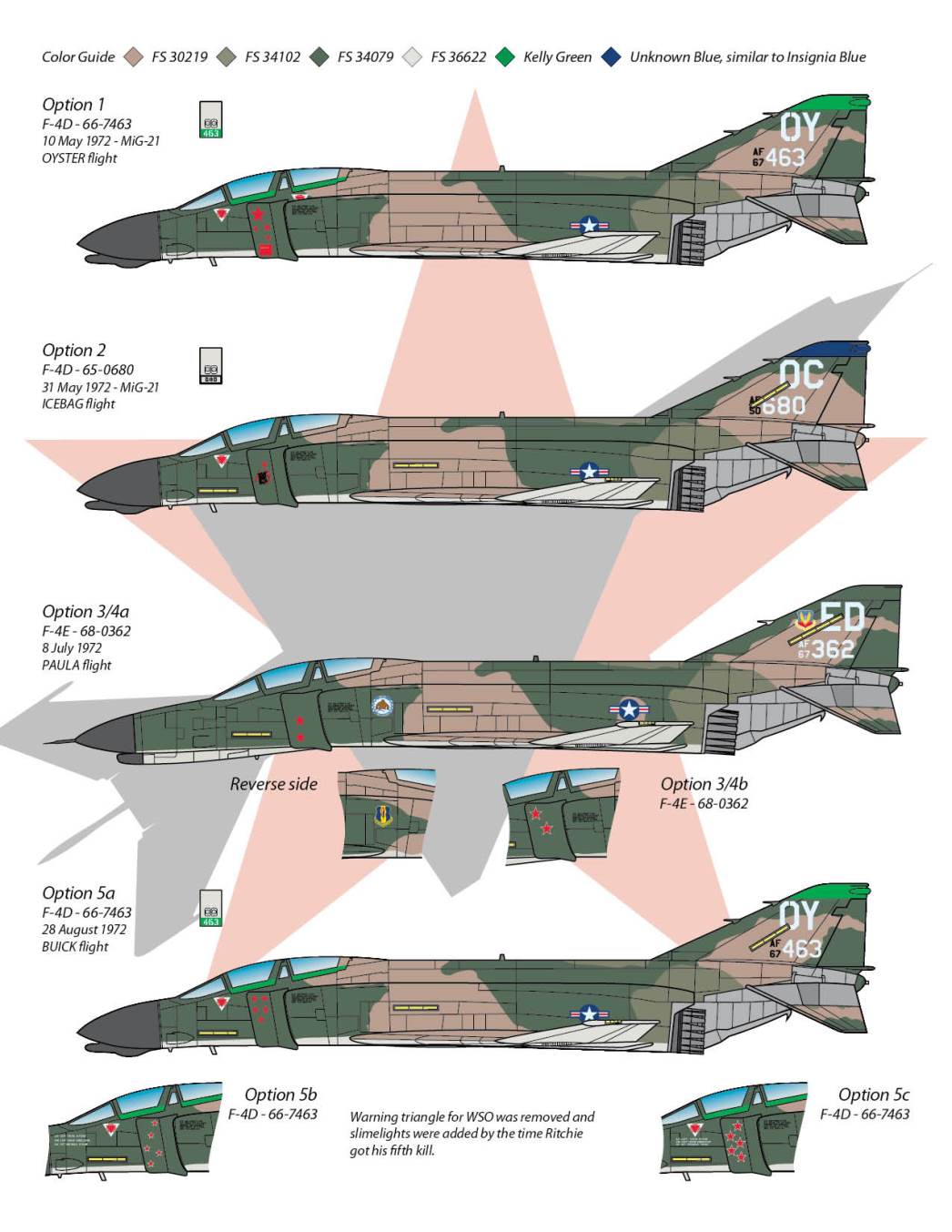 The Phantom included in the Zoukei Mura SWS No.6 kit is a Keflavik bird, from 1976. That is post-war plane, so many will be interested in exchanging that. Option 11 in the set of Werner’s Wings is exactly what we need for the Zoukei-Mura release so to make it a Vietnam ace! It is called Chappie’s Jet and you can learn more why at Werner’s Wings website. I will just hint you that Chappie was the nickname of Daniel James Jr. – the first African American to become Four Star General in USAF. 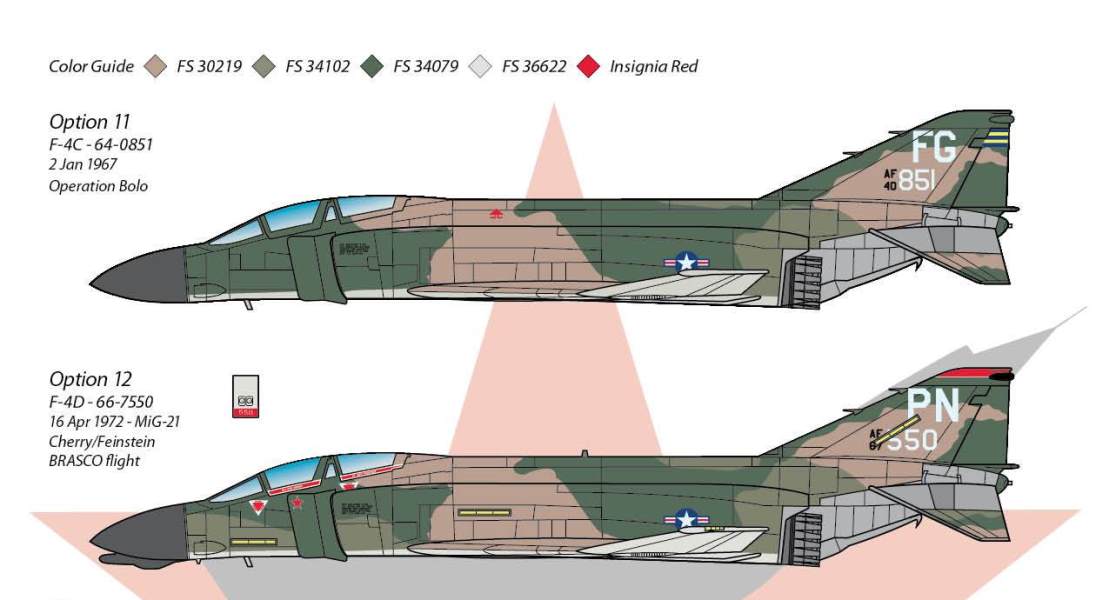 The option is from January 1967, 9 years before the Keflavik included in the box and it was participant in Operation Bolo. These F-4s are far more interesting for the regular Phantom enthusiasts. They were the same planes of course, but the moment in that the plane is caught is in war time here, while in Zoukei-Mura’s option is different. Actually, in 1976, F-15 Eagles was dominating the skies already, so Phantom was already obsolete.

Zoukei-Mura advises on using Vallejo paints for executing South-East Asia camo schemes for the Phantoms. Since the only modeler that I know who hasn’t yet complained about Vallejo is myself, I would’ve pick a different paint manufacturer to suggest the colors with.

Some brands already started with sets for that era and of course, good ol’ Tamiya and Gunze paints can do the job as well. But I would emphasize on something else here. Mission Models paints that I recently reviewed here are a very good option in my opinion. Aside the fact that they are odorless and probably the least harmful of the brands currently on the market.

From my tests, it seems that these paints are easy to be applied and the layers are pretty stiff and sturdy, plus the colors seems to be correct. At least for the applications I tested. That includes Luftwaffe colors which are usually a trouble.

So in order to get the perfect combo in my mind, I would suggest Mission Models colors, which combined with the decals mentioned above, should give a very good alternative to what Zoukei-Mura suggested. 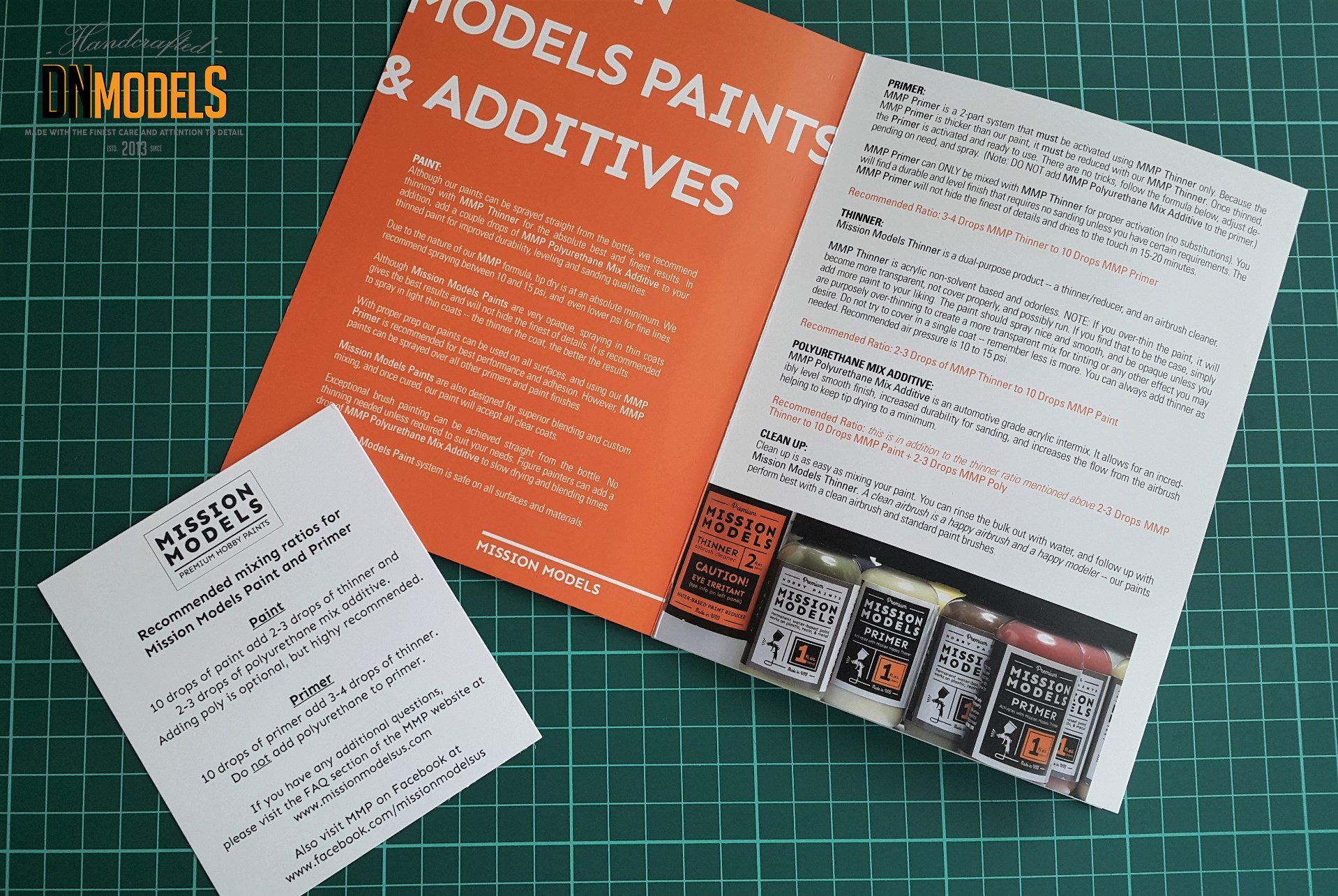 In case you want to expand your options for the F-4C SWS No.6 that is about to be released in the next few weeks, and in the same time make a good investment for the future, Werner’s Wings set comes as a good option. Quarter scale F-4 is quite a big chunk of plastic, and marking appearance is vital for the looks of the completed model.

Besides, when we see a Rhino with earth tones, we think of Vietnam war. Also, the weathering that you can apply on the aircraft is enormous, since USAF Phantoms flew mostly bombing missions and often close to the ground, were debris flew up and Phantoms went through it. That made them look like tanks more than planes which is always a good modeling perspective!

For that same reason, we need tough paints. Mission Models deliver in that case. Not only, but their color range is pretty spot on and I trust that paints made in USA will most likely give an accurate nuance of the colors applied on a US aviation symbol. So, be sure to check their website as well as Werner’s Wings home page for more info. You will like what’s there!

And have in mind that the Phantom was one tough and mean big jet, which requires only the best! In my mind, this is what you should get for it.