Phantom saw many variations during its development and Zoukei-Mura provided us with J and S so far, one of the most loved ones for sure. This time though, we have a non-carrier version of the Phantom, the C-model, an all-weather ground-attack and tactical fighter, used by the USAF. We all love and admire aircraft carriers, arrester hooks and deck landings, but that doesn’t mean that this was all when it comes down to the Phantom.

Actually, the C-version was a revolutionary fighter for its time and it service proved it to be one very sophisticated and dangerous plane, featuring state-of-the-art technology for its time and providing safe and pleasant workspace for its crews.

It was able to carry very wide range of weapons and was a nuclear capable airplane too. The main differences that it had, compared with the ones we have looked already, are the engines, the wheels, parts of the wings and the nose. Camouflage too of course.

Box and its Boxart:

The box of the F-4C comes slightly thicker in appearance compared to the J, the initial tooling of the F-4 from Zoukei-Mura. Again, we have the US flag over the sides, bringing the feeling of patriotism and the respect towards that bird from St. Louis. On the sides, we have pictures of a build USAF F-4C, noting the features available with the kit. Unfortunately, not in English.

On the top, the boxart reveals a pair of F-4C’s the following one of which is breaking right, showing off its ordnance, set for a CAP mission. The plane on the foreground seems to be pulling some G’s too, visible from the vapor trails coming from the wing and stabilizer tips, showing a specific moment with certain dynamics in it. A scene, easily perceptible from those who live and breathe aviation and fast jets.

The plane seen has a checkered tail fin and high-vis insignia, inefficient, but attractive feature, typical for the era in which F-4C was flown. Logos on the left intake and the left underwing fuel tank are visible, specific for the Phantom included in that set.

The box is big and there are many sprues inside, but it isn’t overcrowded by any means. Light gray plastic is the theme as with other Zoukei-Mura Phantoms and again – with a superb quality. Once you get to sand any parts, you will understand my point about “superb quality”.

There is nothing unexpected with Zoukei-Mura kits. Just the contrary. The level demonstrated is what one goes for, purchasing a ZM kit. The company is established among the leaders of the market and as far as the F-4 goes, ZM managed to get ahead of Hasegawa and Academy with their very first release – F-4J. 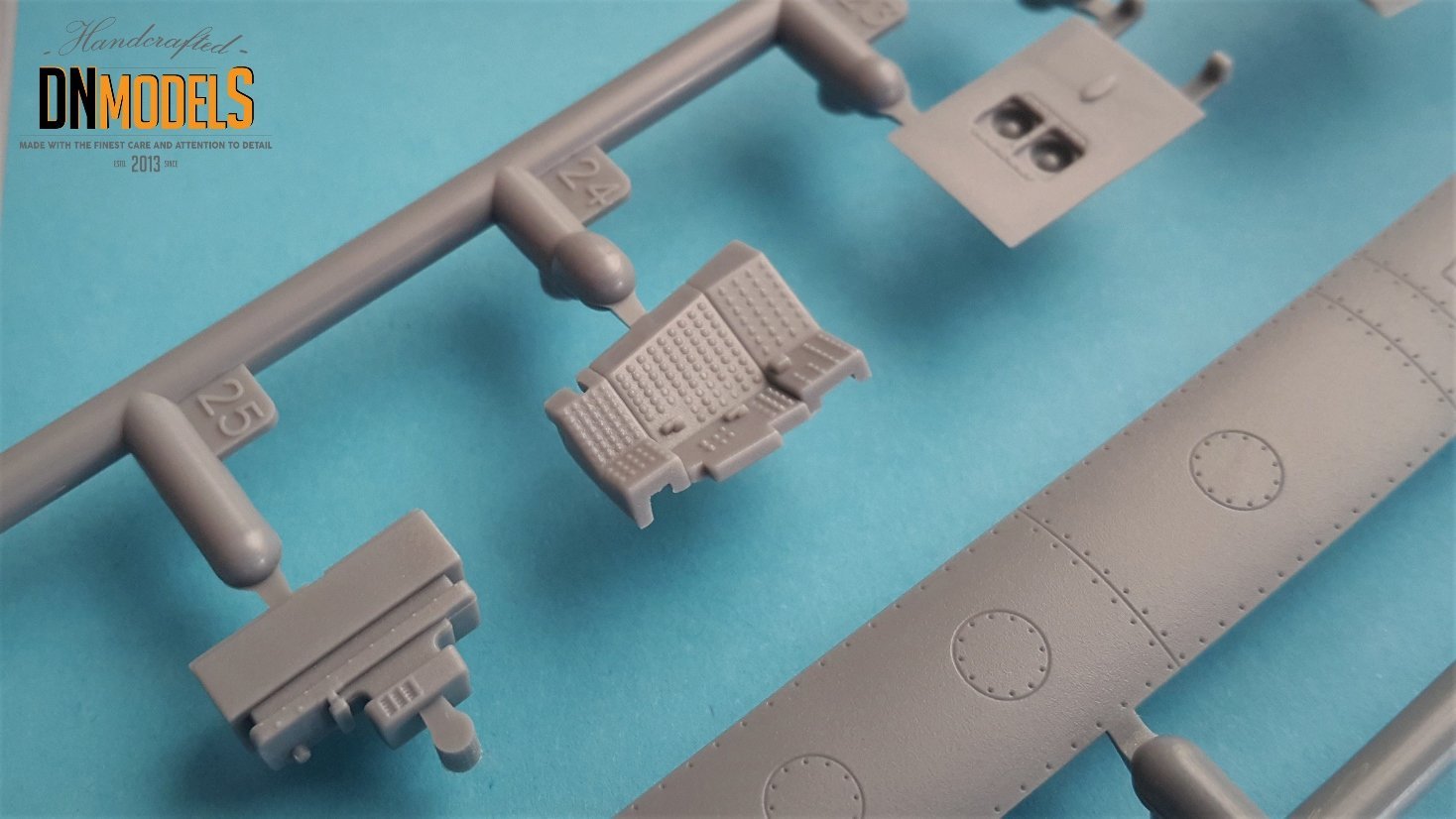 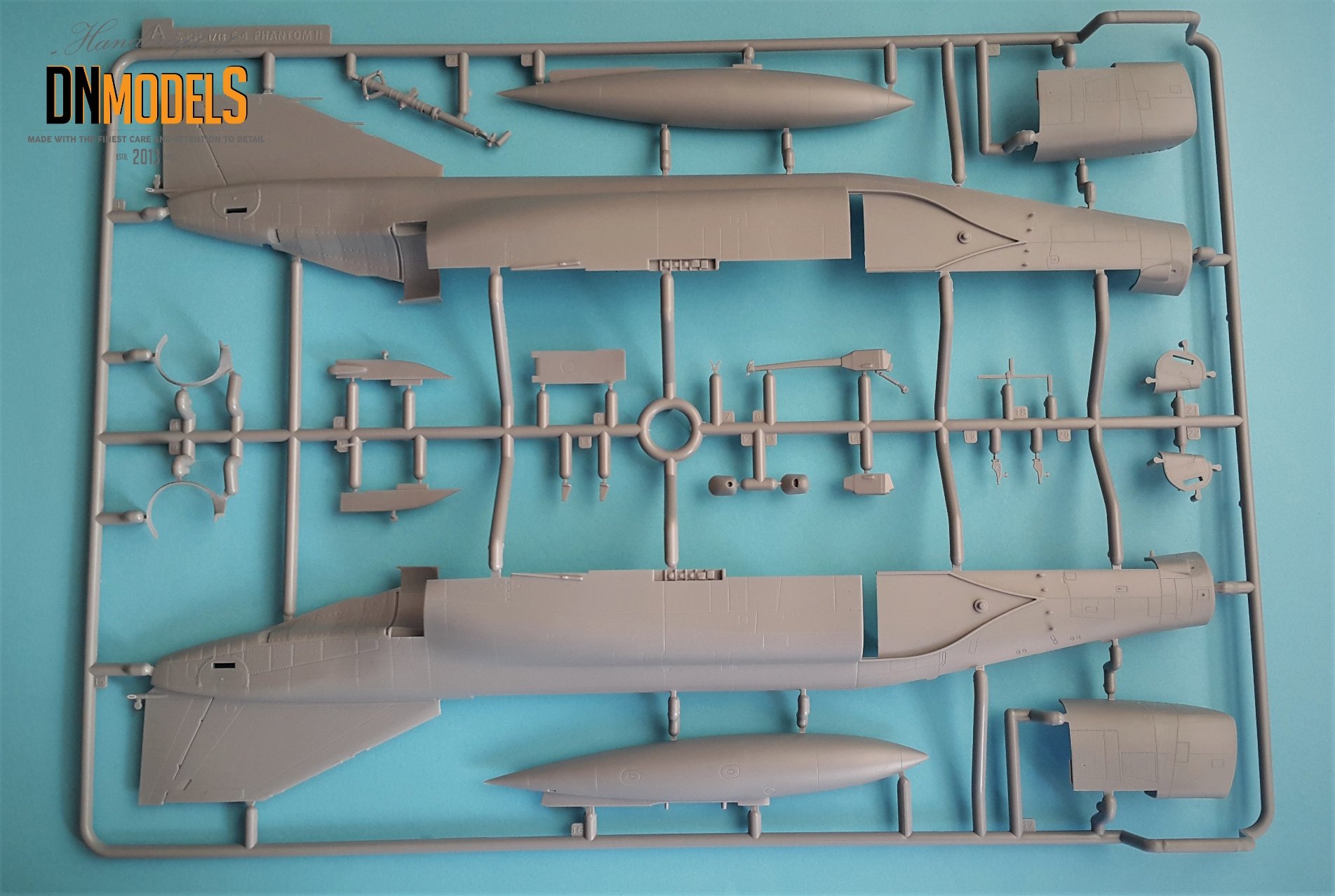 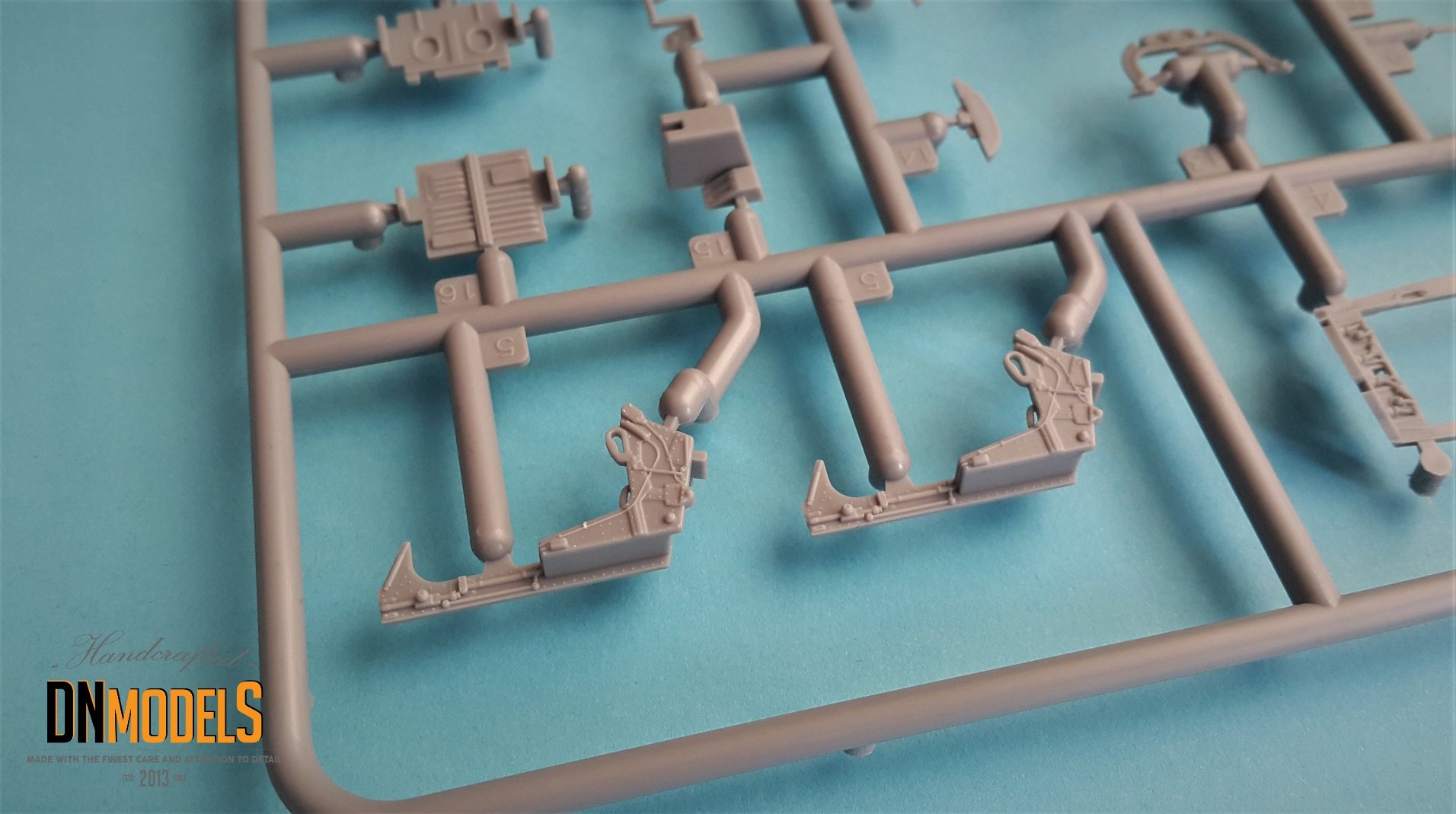 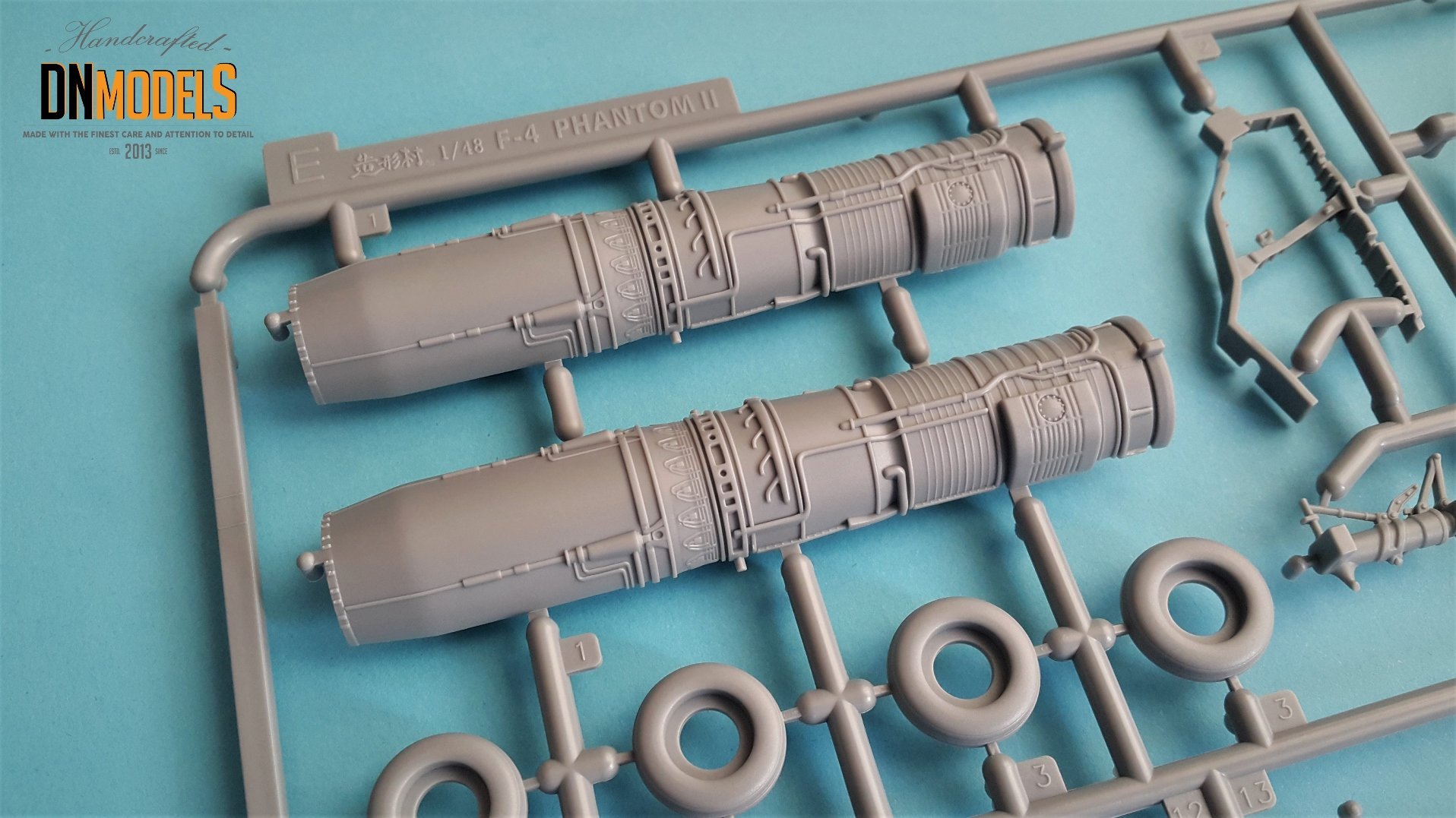 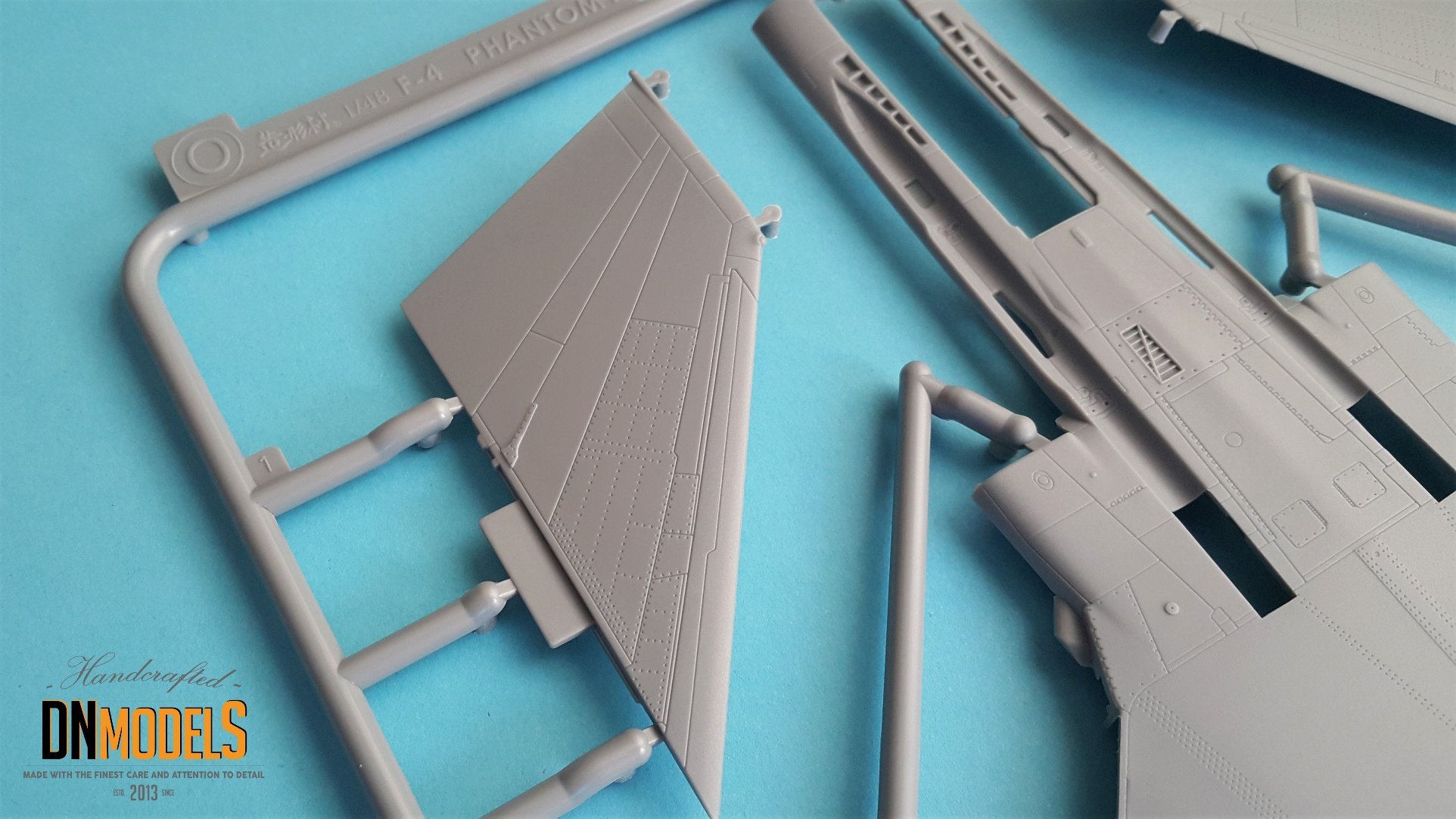 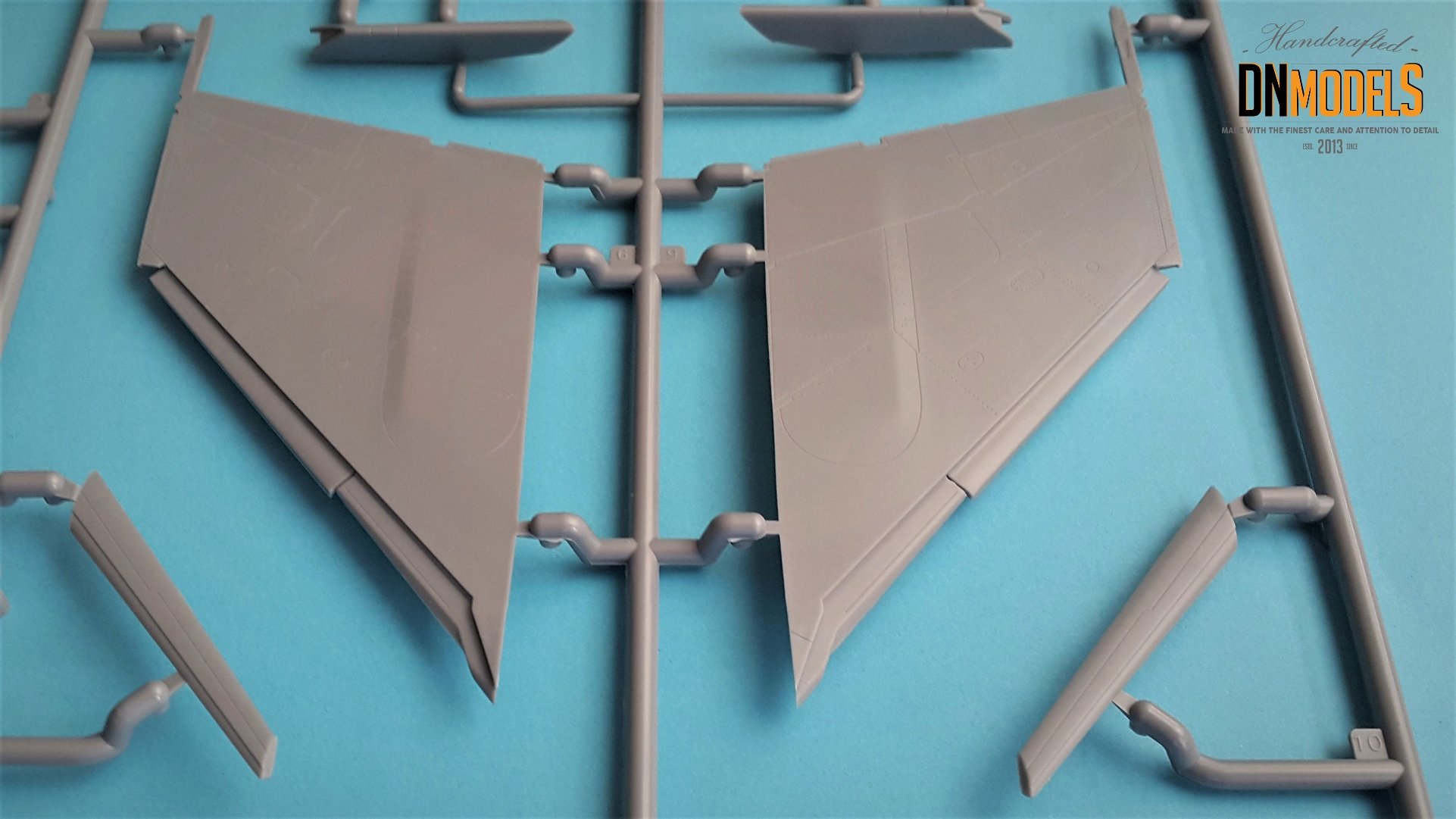 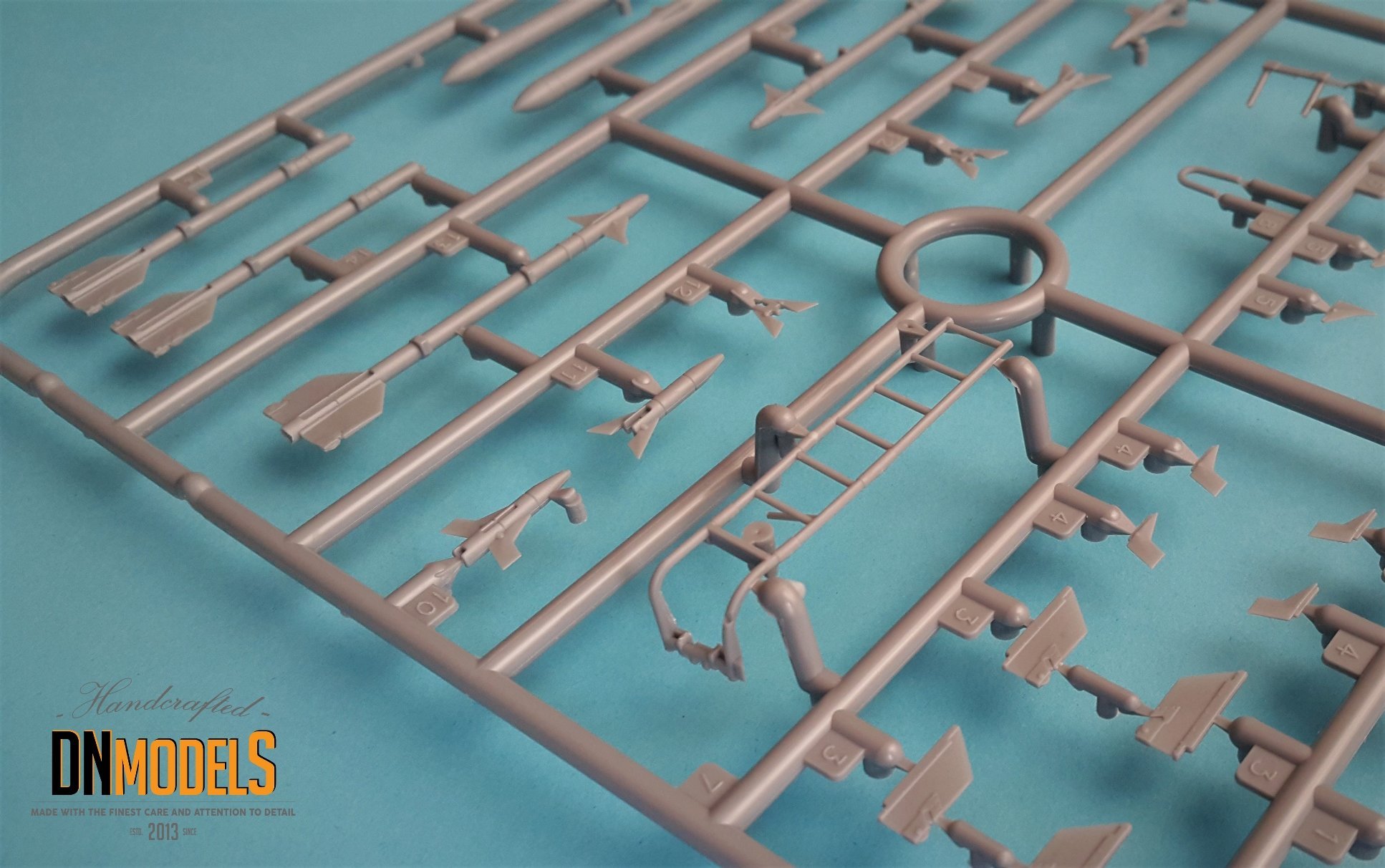 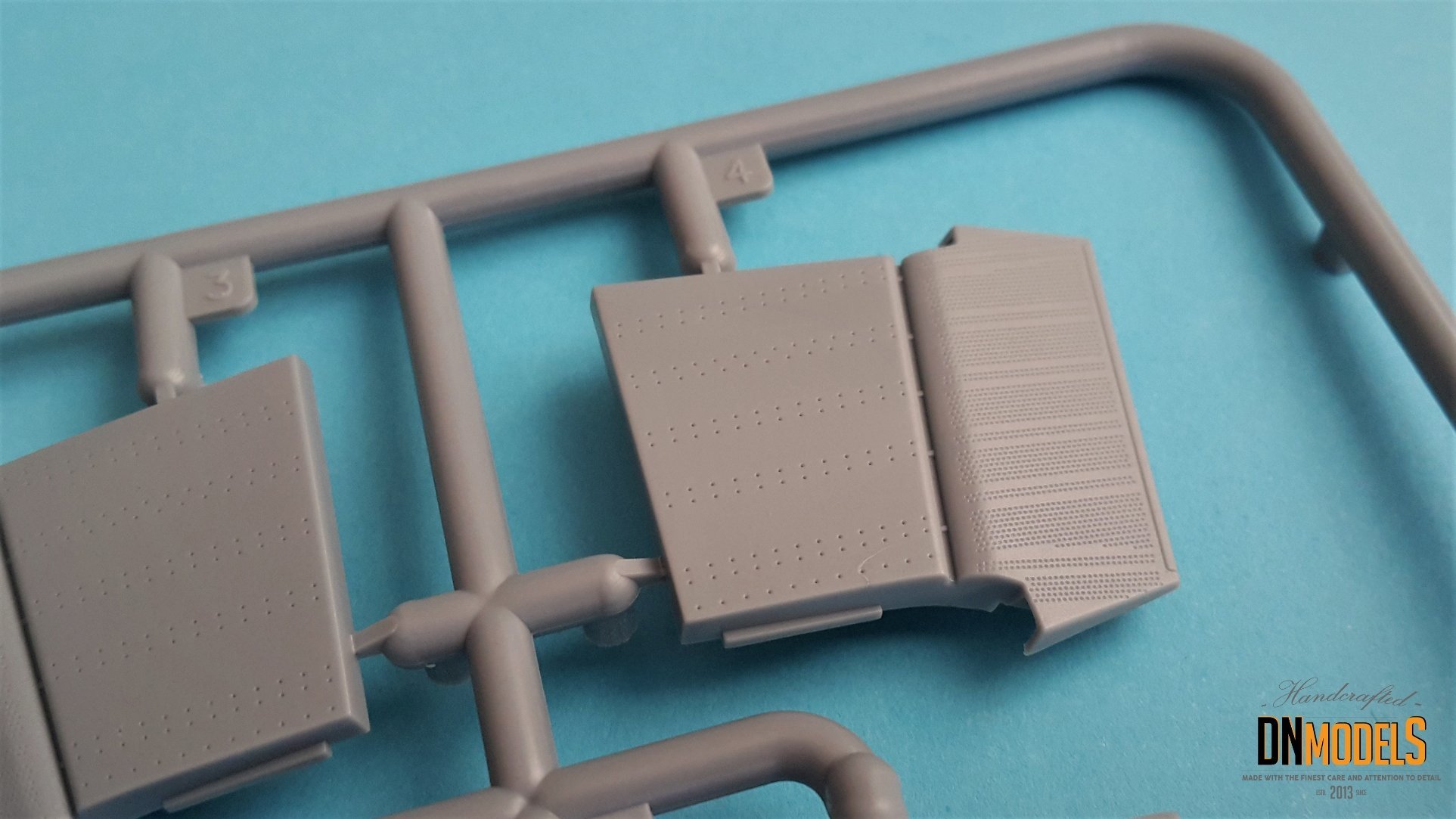 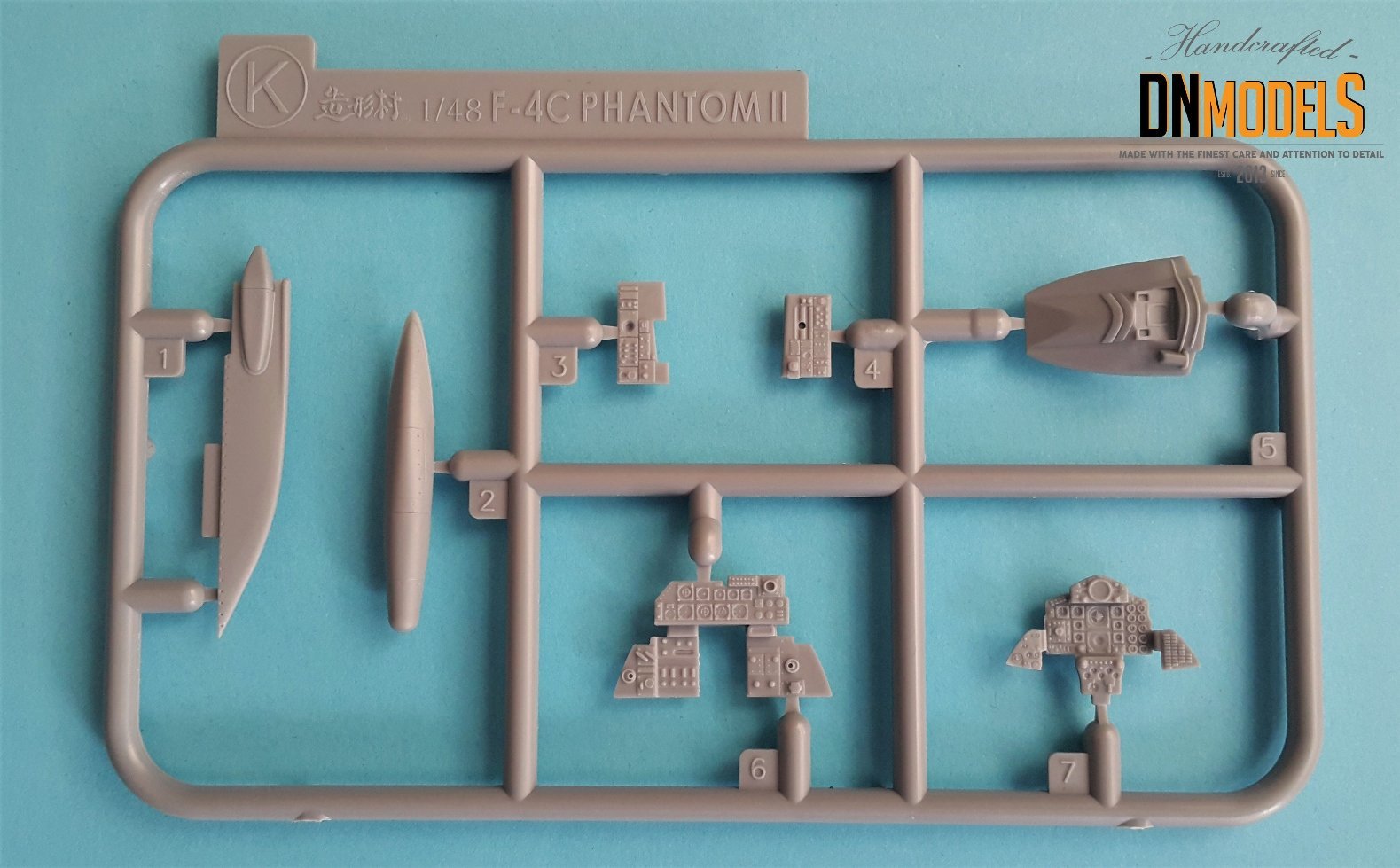 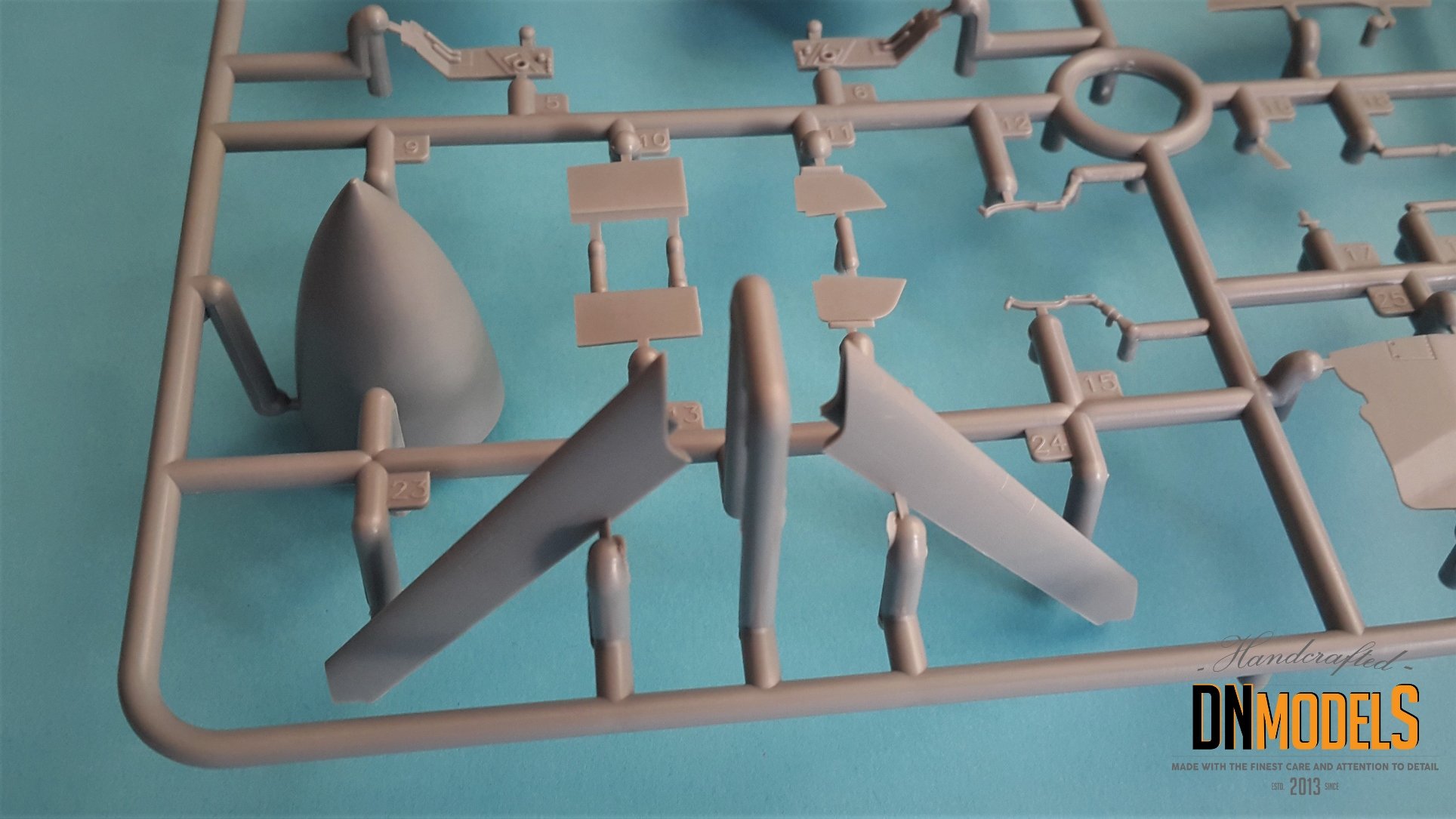 Here, the sprues are almost identical, however we have some new features included. Of course, C-type with its different wheels, nose and nozzles, as well as some other minor differences, cannot be exactly the same as the J.

Parts on the sprues are arranged in almost the same manner though, so nothing completely new for those who already own a Zoukei-Mura F-4. Just an expansion of the line towards USAF direction.

Instruction sheet is a booklet in something like A4 format. Black and white, not exactly what we get in the 32nd scale kits from Zoukei-Mura, nevertheless – full with useful information. One might learn a lot while building this kit, solely from following the steps and reading through them. 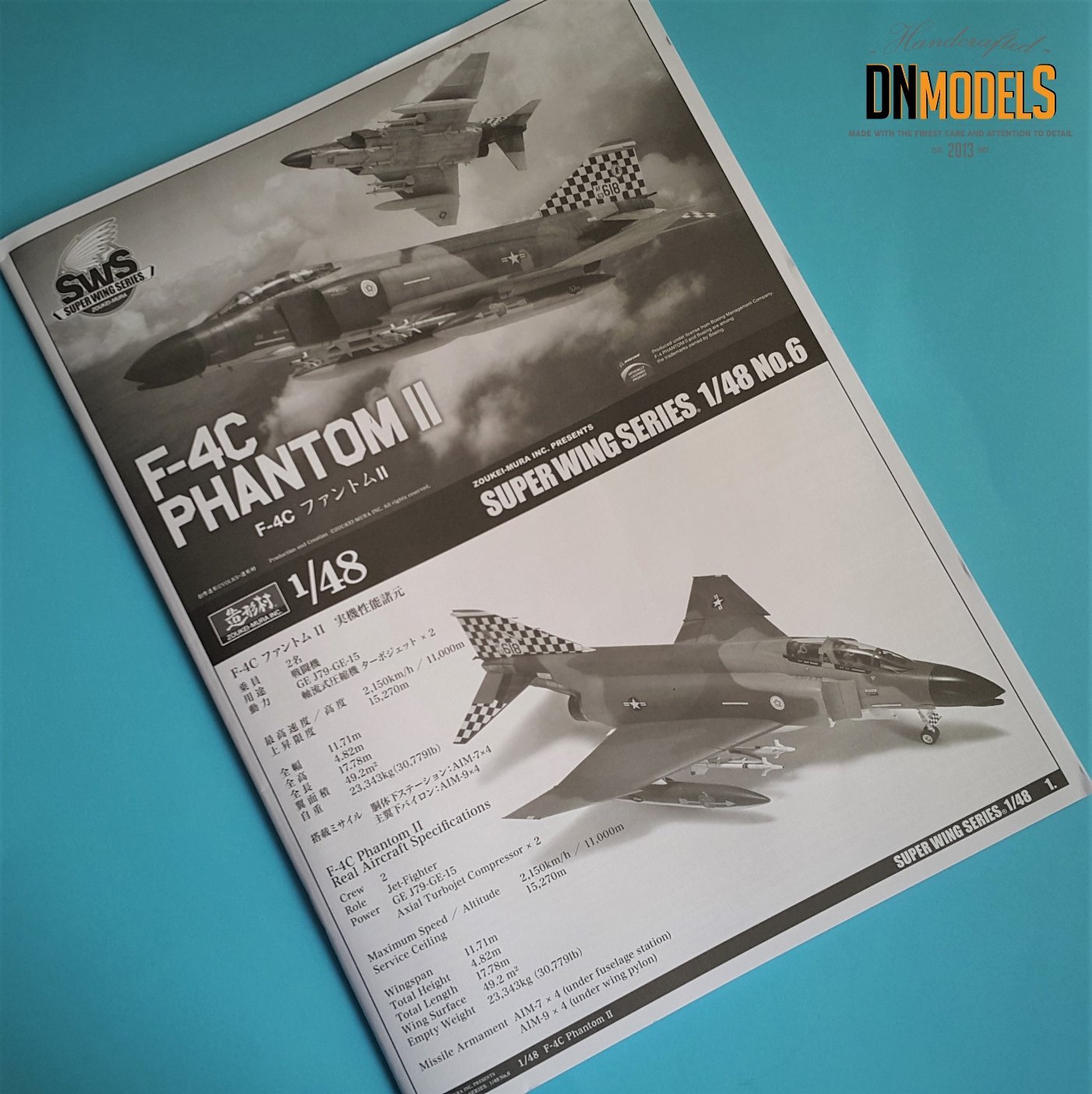 Each steps with specific parts or features have additional description, which is the ZM way of doing things. Minor differences between the J/S and C are pointed out, to grab your attention and explain precisely – why something needs to be changed or altered.

45 steps is what you need to get through for completion, but have in mind that there is a bit more to that at the end. Options for presenting the kit are also available and that adds even more to the booklet. Positionable flaps, landing gear, canopy – you name it! 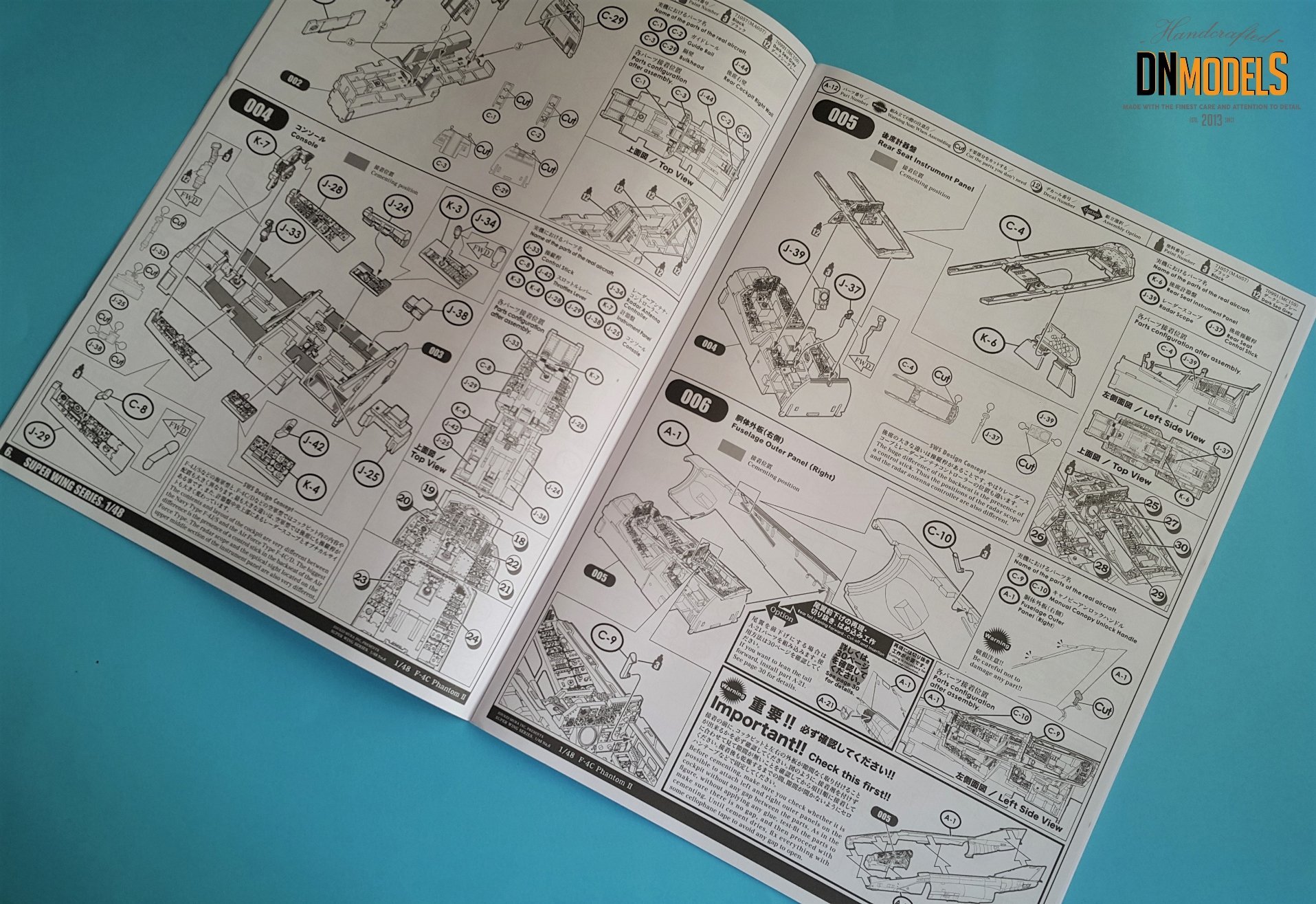 Clear parts sprue features two canopy sets. One made from a single piece of plastic, suitable for in-flight representation of the kit and of course, several pieces if you want to display your kit with open cockpit. The clear plastic that Zoukei-Mura gives is very forgiving and easy to work with. The only thing that is needed here is a masking set, which you can find in DN Models store. We have masks available for J, S and now – C-type. 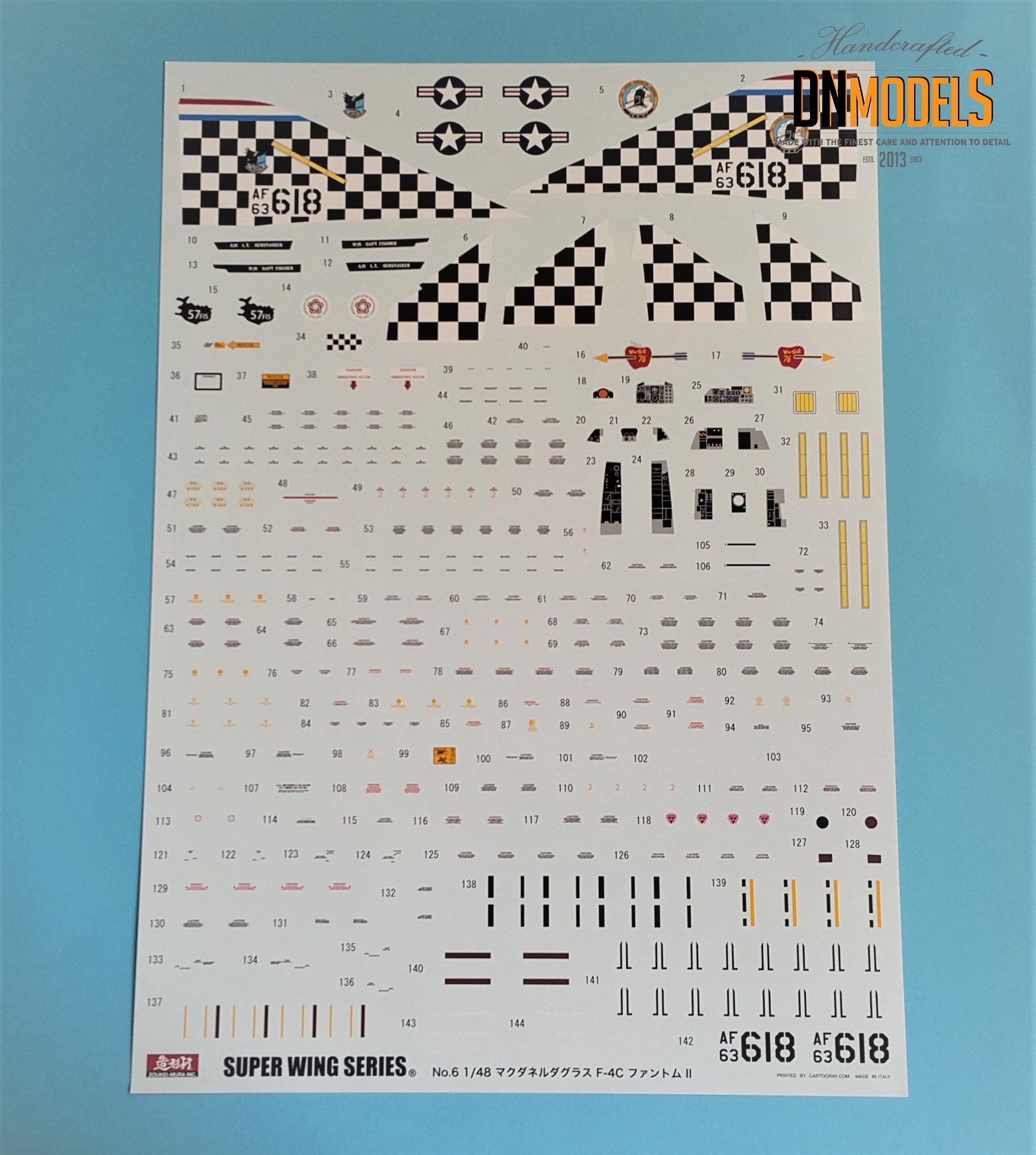 Decals are placed on one big sheet and as you might expect, most of it is taken from the technical markings and stencils which are to be placed all over the Phantom. Checkered tails are decals, which cover most of the fin. That might require some skills and it is guaranteed, that it will require decal solutions so to give yourself a bigger time-window to work with that large piece of decal. 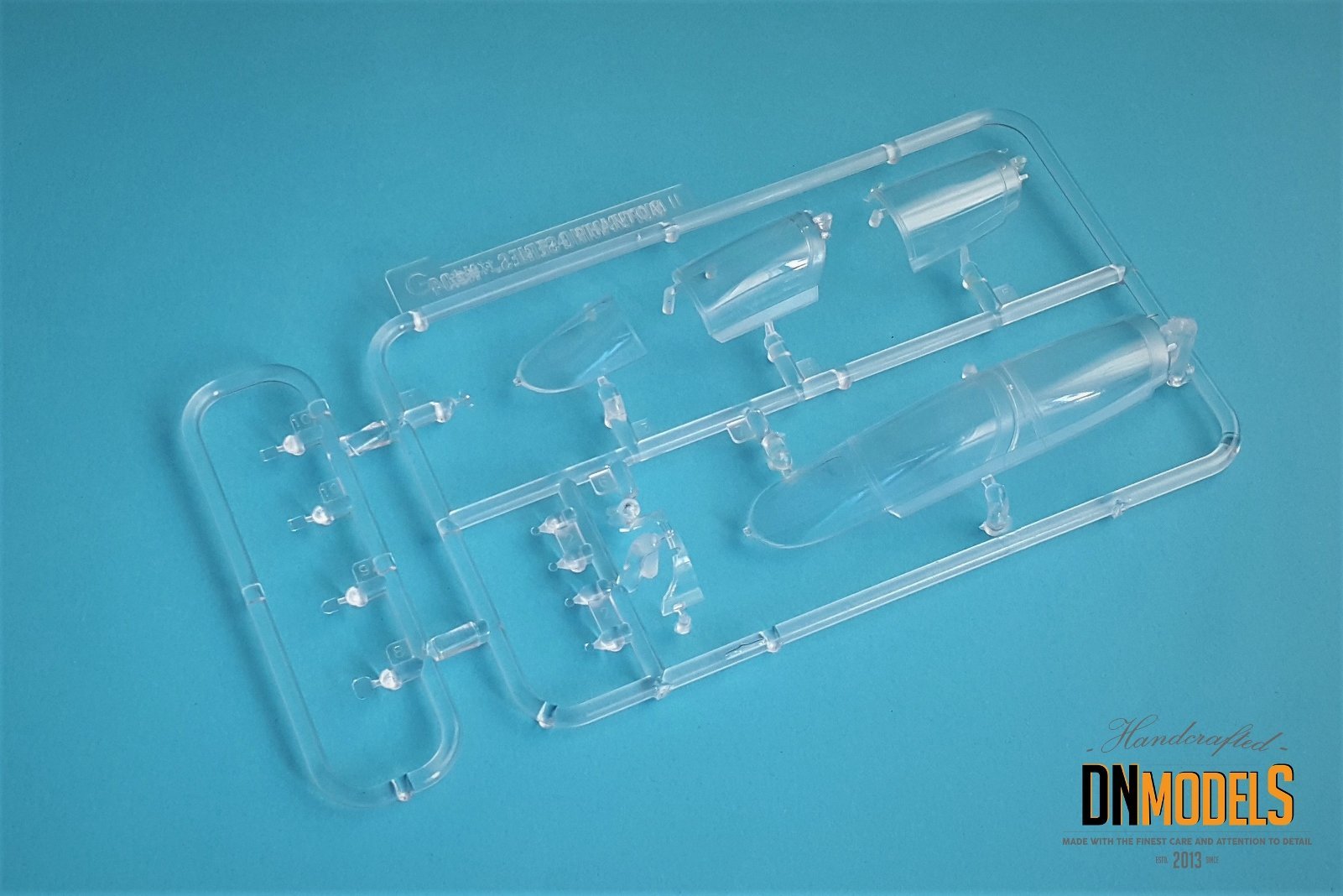 That can be painted as well, but the quality of those decals is very high, so it shouldn’t be a problem using them. They are made by Cartograf and that speaks for itself. Other than those checkered ones, there are no overly big decals, but there are colorful ones, which will make the Phantom very attractive.

The painting guide is one big folding sheet, presenting the F-4C from left, right, top and bottom. It is double sided sheet and we have two views of the plane per side. Paints are described too, as well as decal positioning.

The F-4C presented, is one that was based in Iceland during 1976. Probably a bird used in Vietham war, ending its career at this Nordic Island-country. Of course, there are many options for F-4C from the various decal manufacturers, however, this is the version that comes with the kit. Zoukei-Mura will undoubtedly add more to that in the form of aftermarket decals, next to many already out there for sale. 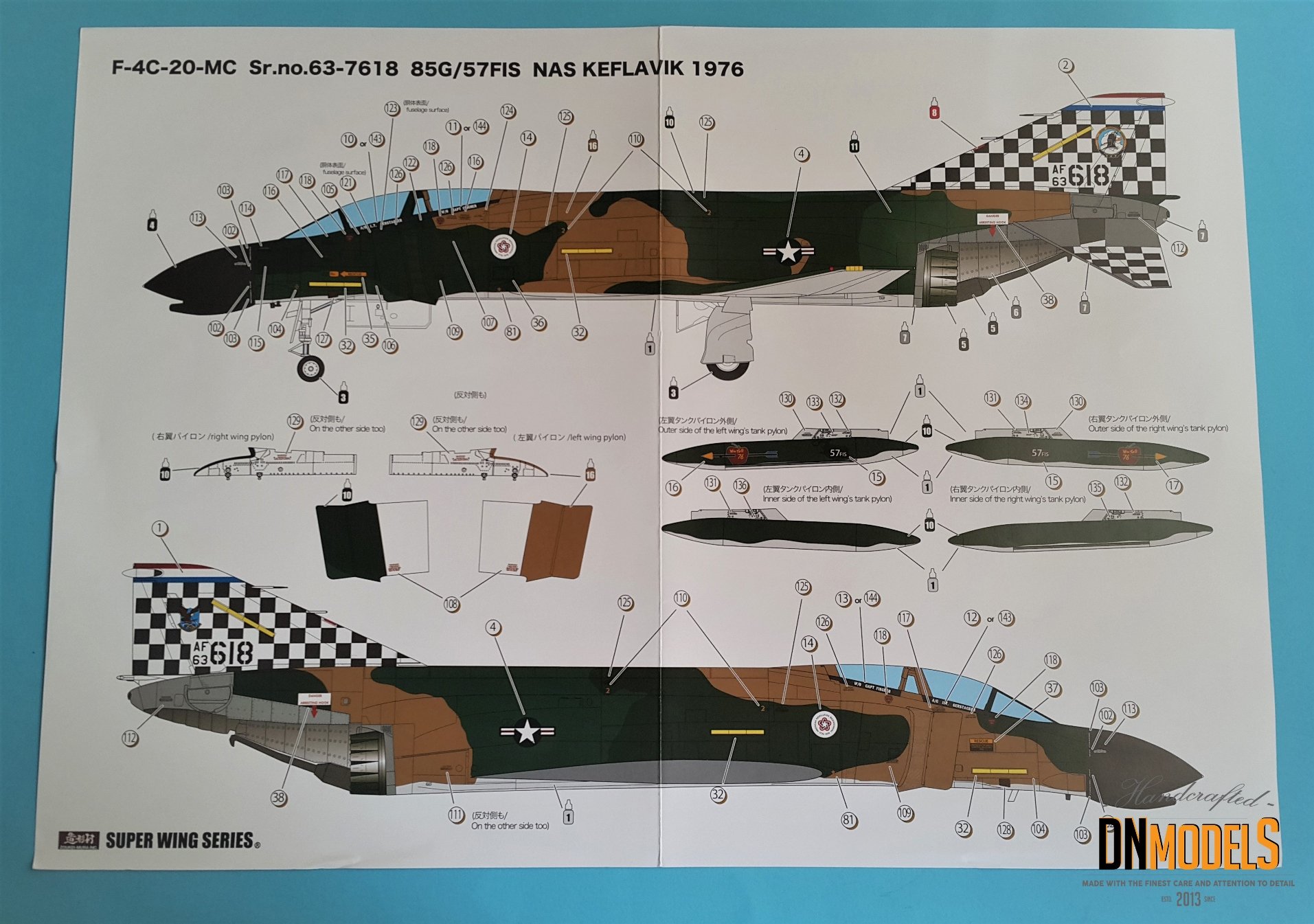 Almost immediately after its release, Eduard offered nozzle set for the J, which showed a weak point there. Here they won’t be that lucky. One of the most distinctive features of the C-version are the nozzles for the different engine. They are shorter and with more aggressive and rougher looks. 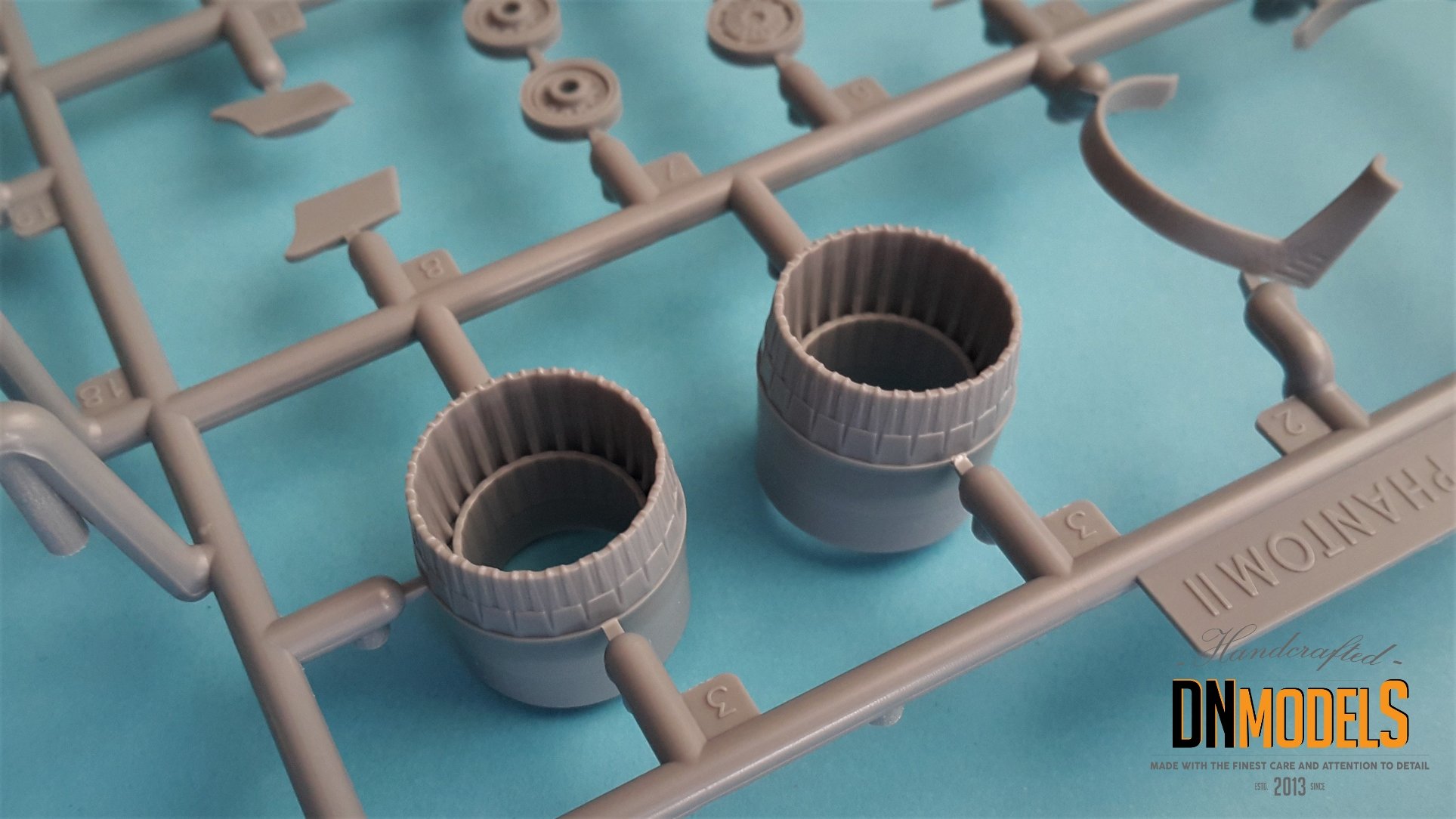 Plastic here shows no compromises, while with J and S versions, we had slightly thicker appearance of the feathers than needed. I criticized Zoukei-Mura’s release for that and I would like to think that they heard me. Of course, it wasn’t just me per se, but they showed an improvement with those nozzles here and that is a fact. Their appearance is more realistic, more refined and shows devotion and serious approach towards their brand and products. That is the Japanese way. Hands down.

They are still not perfect of course and one true Phantom-phanatic might want to get even thinner nozzles, but I am sure we will witness release of such resin kit quite soon.

As with their other Phantoms this kit does not disappoints. Just the contrary. There are some good and some very good F-4 kits. Like Hasegawa and Academy. Zoukei-Mura F-4 line is exceptional. It is better than the rest, beating even 32nd scale Tamiya in everything but size.

It is great to have USAF version as an option. With the J and S available, D upcoming and E in the research stage, Zoukei-Mura promises very bright days for Phantom lovers in quarter scale. Or maybe even more for the large scale fanatics? Who knows…

Zoukei-Mura F-4C is very good investment and with the aftermarket stuff available from that same company, it completes the circle in terms of everything. The only thing missing in 48th scale so far is the reconnaissance version of the Smokey Joe, but in my heart I am sure that the Japanese maker saw that before even it came to my mind and it is only a matter of time.

I am looking forward for their D release, which I believe will continue with the standard, set by the J, S and now C-type Phantoms. As mentioned above: they are all exceptional!

Don’t forget to check out our masks designed for the SWS F-4C.