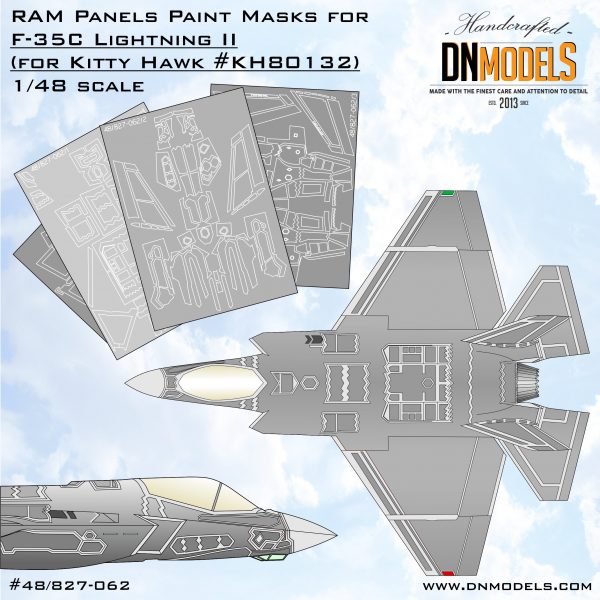 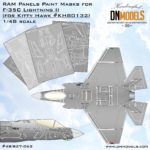 that Kitty Hawk offers is the only one in 48th scale currently. In that scale the model is very demanding, and achieving adequate appearance and accuracy requires proper depiction of the RAM Panels. The best option is by using masks for scale models. DN Models offers a set that covers the quarter scale version of the F-35C better than any other mask provider. This set is designed specifically for Kitty Hawk F-35C – KH80132.