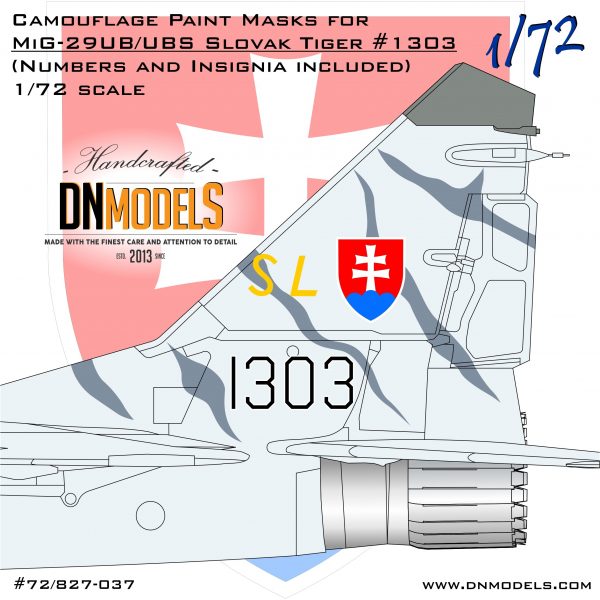 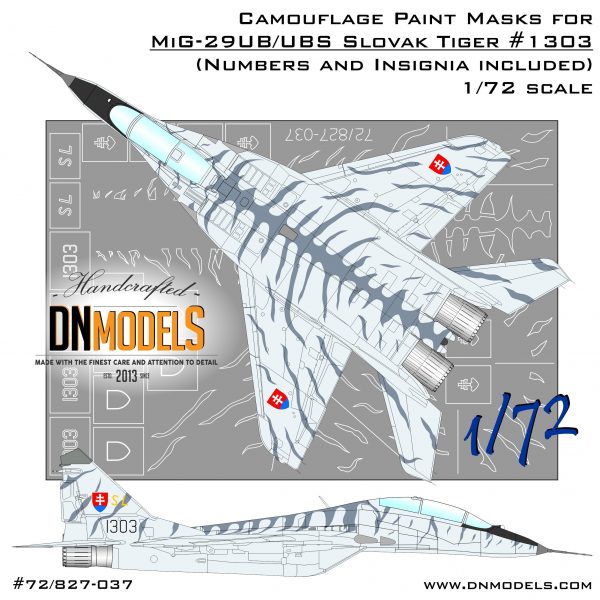 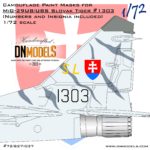 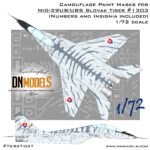 is suitable for most of the MiG-29UBs in 72nd scale, but it is based on Trumpeter #01677 – MiG-29 “9.51”, Fulcrum B trainer version of the Mikoyan twin jet. Tiger Camo scheme applied on the MiG-29UB was kept after the upgrade to the UBS standard done for the Slovak Air Force. The aircraft is often demonstrated at various Air Shows around the World and is very popular. Masks are re-usable and have the potential to be used for more than one aircraft. In addition, insignia and numbers are included in this set. Those include bort number 1303, SL letters and Slovak Air Force shield insignia.