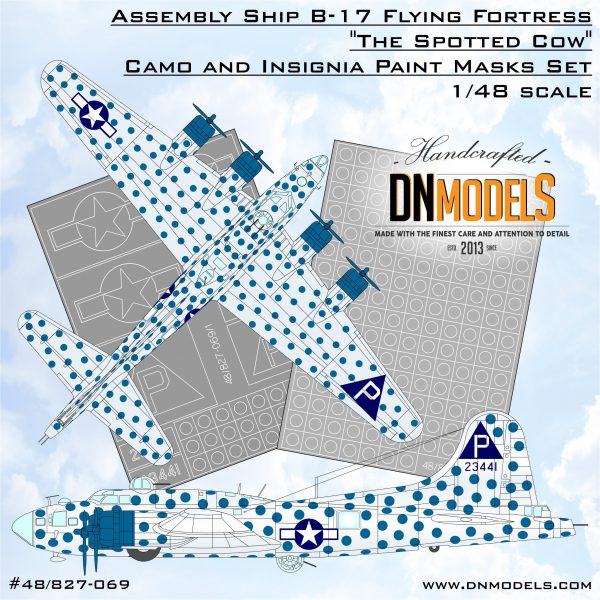 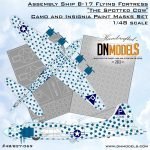 Suggested kit: Most B-17 Flying Fortress in 48th scale

Suggested kit: Most B-17 Flying Fortress in 48th scale

paint mask set is designed to be used with any B-17 Flying Fortress 48th scale kit. It is designed using HK Models 1/48 B-17 tooling. The mask set is dedicated to one of the many Assembly Ship aircraft, used to gather formations of many similar Flying Fortresses and send them on their mission. Assembly ships were also called Judas Goats, due to the similar role that they represent. Also called Formation ships, those were usually old aircraft lacking armament and often painted with bright colors and featuring additional lightning. Several variations of Assembly Ships mask sets are available at DN Models website.

kits available on the market today are many, but the newest addition to the line is HK Models #01F001 – 1/48 B-17G Early version Flying Fortress. This was the kit used for the design of The Spotted Cow mask set. However, The Spotted Cow mask set is not specifically oriented toward any of those quarter scale B-17 releases. It is rather suitable for all of them, due to the specific pattern. HK Models representation of the B-17 is quite accurate, which makes the Spotted Cow insignia and markings usable with other quarter scale applications.