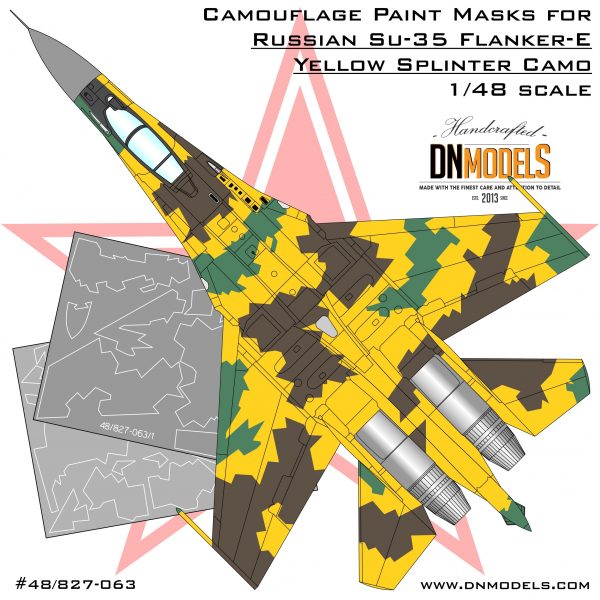 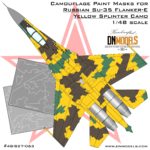 is available from Kitty Hawk and Great Wall Hobby. Both sets are very good, with slightly better reviews given to G.W.H. option. The camouflage schemes included in the two kits are different, however DN Models made mask set for the most famous Yellow Splinter in 48th scale to cover both of the releases. This scheme was originally assigned to Su-37, which appeared in late 90s, featuring side-stick controls, glass cockpit and canards. Those were removed on the latest Su-35 modifications which proven to be the most successful of the Flanker family.

or “Yellow Splinter” as it became more famous, is specially painted Su-35 option, designed to appear in air shows around the World. It is not clear, will that Splinter scheme appear on combat aircraft. Both Su-37 and Su-35 Splinter schemes are very close, with only one Su-30 appeared in similar yellow camouflage for unknown purposes. It is still not used in large numbers and it might be kept only for demo airplanes. However, this camouflage is the most attractive Flanker scheme so far.