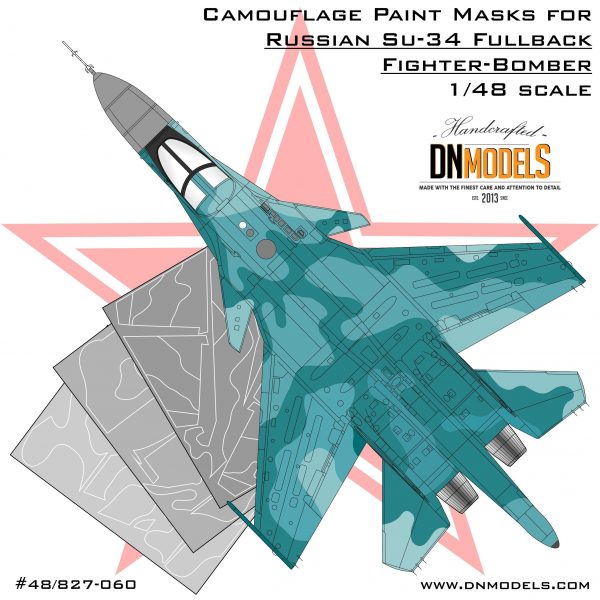 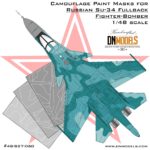 is a Russian two-seat, twin-engine, all-weather supersonic strike/bomber aircraft with medium-range and tactical and reconnaissance capabilities. It is a deep development of Su-27 Flanker and it differs by its side-by-side seating and modified fuselage shape. The aircraft is planned to replace Su-24 and Tu-22M3 in the Russian Air and Naval forces. As of 2019, around 120 are in service with the Russian Air Force. The Fullback, the NATO code name for Su-34 is proved to be very successful in Russian intervention in Syria, where it was tested extensively in real combat environment.

is  available for several years now with two main options dominating the market. Those are Hobby Boss and Kitty Hawk. Both kits have their highs and lows and generally represent a decent and accurate Fullback in quarter scale. The mask set in 48th scale is based on Trumpeter and Hobby Boss sets, 72nd and 48th scales respectively. The 48th scale option presented here can be used with Hobby Boss and Kitty Hawk, due to the similar shape and appearance of both mouldings. The camouflage is the dark-sea camo scheme, which is the most popular Su-34 Fullback camo scheme available as of today. Some additional masking might be needed depending on which exact kit you are using and the specific variation of the camo scheme.