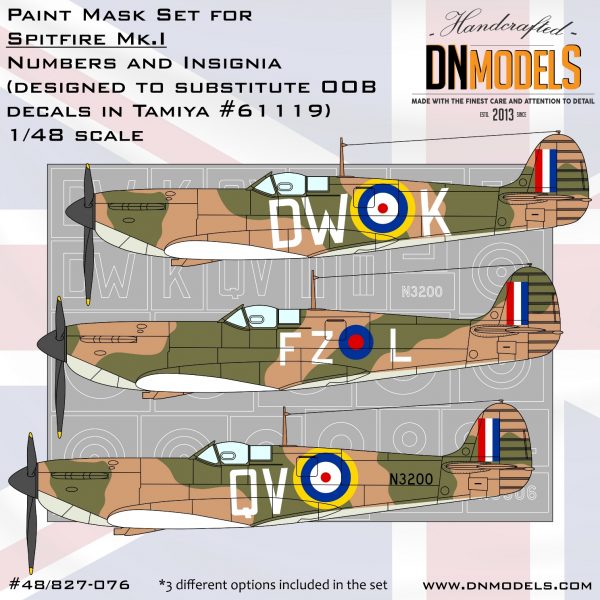 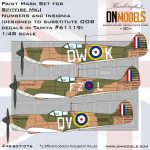 is a set designed to cover Tamiya’s #61119 kit in 48th scale. Masks in this set feature everything that is provided on Tamiya’s decal sheet. Due to the well known issues with Tamiya decals, using mask set for depicting the versions is the most realistic and successful way to replicate the aircraft offered with #61119. The size of the British Royal Air Force markings, not only on Spitfire, but on all aircraft of that period also dictate the usage of masks instead of decals for maximum realism.

were applied using rubber-like stencils in real life. Same technique was used for the camouflage scheme. That is one of the reasons why Spitfire camouflages are similar in appearance, contrary on the other camo schemes used by other air forces of that same period. The markings, including letter and roundel sizes were dependent on the size of the airplane they were being applied on. Tamiya’s research on their subjects is usually done with due diligence, hence the accuracy of the markings is considered to be at a very high level. The mask set provides an exact copy of what is included in Tamiya #61119, but can be used with any other Spitfire Mk.I kit in 48th scale. Masks are re-usable, thus can be used on more than one Spitfire models to represent equal markings.