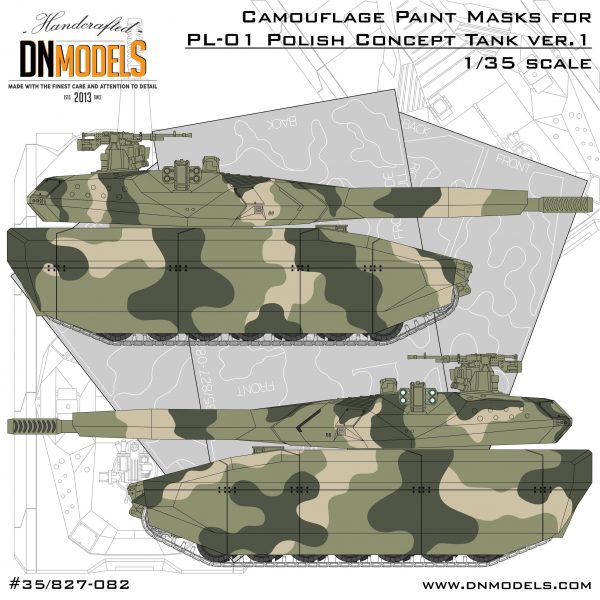 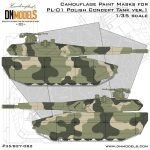 is a joint venture between OBRUM from Poland and BAE Systems from United Kingdom in an effort to create a new concept for a light tank capable of substituting the current battle systems in use. The tank was first revealed on September 2013 and it is based on a Swedish platform – CV90120-T. It is designed to be serviced by 3 man crew and weights 30 000 kgs. The engine is diesel powered with 940hp. The expected maximum speed is about 70km/h with range of up to 500km. Cannon is supposed to be either 105mm or 120mm with automatic loading system and maximum fire capacity of 6 rounds per minute. Additionally, the PL-01 has 7.62mm machine gun, with up to 1000 rounds on board. All equipment is electronically stabilized and features laser range finders, thermal imaging and latest night/day cameras with all data displayed on screens.

in 35th scale from Takom is the very first injection plastic molded option for this specific vehicle in scale. The Takom release of PL-01 came as a surprise, because PL-01 is a concept vehicle and probably will never become a mass produced tank. However, the modern look and the stealth appearance of the tank makes it very attractive object for modelers. In addition to that, the PL-01 Polish Concept Tank was featured in some computer games which gained additional interest and helped spread the word about this new vehicle. Takom released the tank with some what-if camouflage options, however with some mistakes. Version I of the camouflage scheme presented here is corrected and improved version of the ones included in the kit’s instructions.