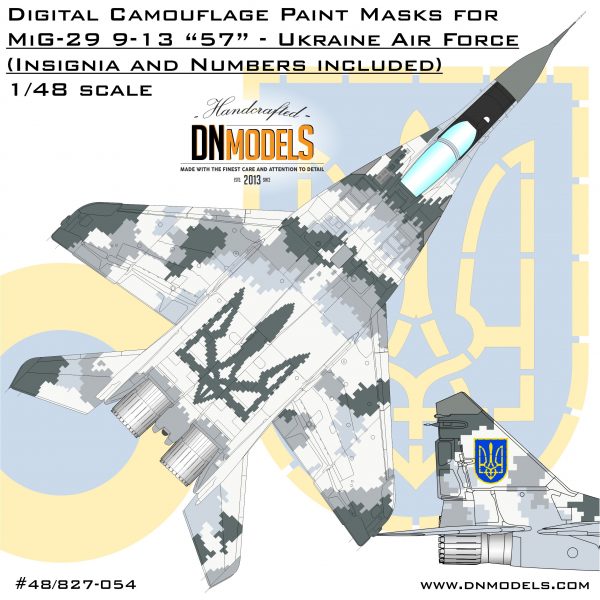 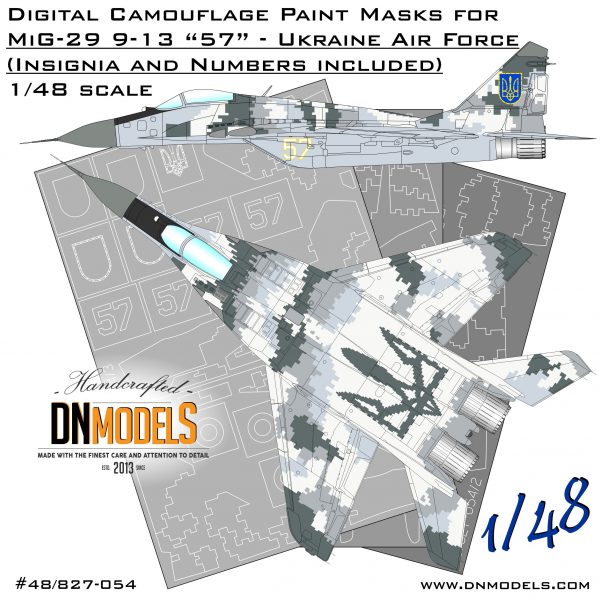 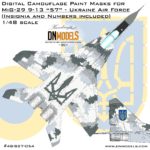 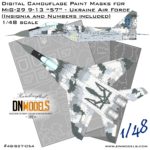 is suitable for most of the MiG-29s in 48th scale, but it is based on Great Wall Hobby MiG-29 “9-13”, Fulcrum C version of the Mikoyan twin jet. The G.W.H. kit is used because of its famous quality and accuracy. The digital camouflage represents accurately “Bort” 57 of the Ukrainian Air Force. The digital camouflage pattern is very close within MiG-29 aircraft from the Ukrainian Air Force, thus this set can be used to replicate other aircraft bort numbers, including twin-seaters. Modifications might be needed, especially for UB variants.

is one of the most famous Soviet-designed jet fighters in the World. It is very agile and popular with its stunning air show performances. Ukrainian versions are upgraded to a new standard, which includes 21st century camouflage scheme, similar to Ukrainian’s Su-25 Frogfoot aircraft. The new-age digital camouflage is best replicated using masks, because with decals the colors are often off and weathering is not realistic. Using masks for scale models, modelers are given the freedom to pick the proper colors and re-create more than one airplane, with minor modifications. Masks are re-usable and have the potential to be used for more than one aircraft. In addition, insignia and numbers are included in this set.