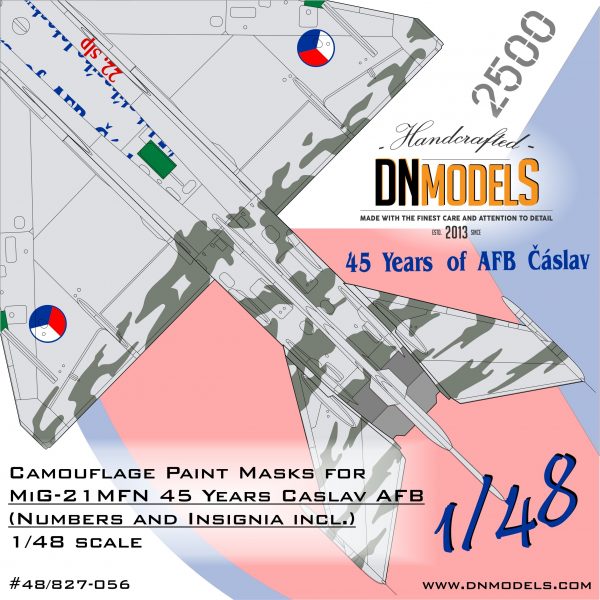 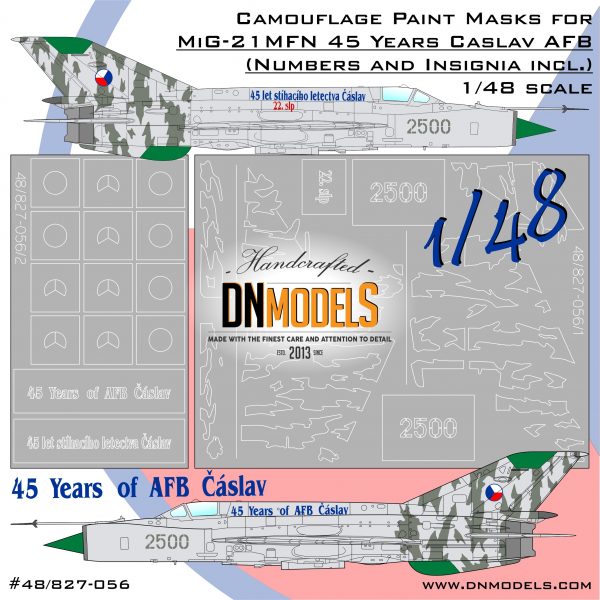 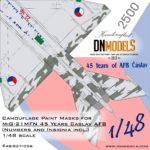 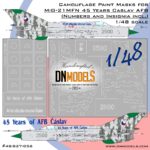 camouflage was a demo scheme applied on a MiG-21MFN – a modernized version of the serial production MiG-21MF used by the Czech Air Force. Ten airplanes were modified to the standard in 1999 and the Czech Tiger scheme was applied for 45 year anniversary of Caslav Air Base in October 2002. This particular airplane was retired in 2005, after being in service since 1975. Eduard offer a kit with that specific camo scheme as Weekend Edition: #84128, and also as Limited Edition #1199. Those kits are best suited for creating a miniaturized copy of the real aircraft.

features the spots, the lettering and the numbers. For the tiger head decals should be used which are not included in this set. The set features corrected spots, based on the real aircraft and avoiding discrepancies seen on the decals currently on the market. If carefully applied and removed, masks can be re-used and allow of corrections and further use.

is a modification based on the MF version of the famous Soviet jet fighter. We suggest using Eduard’s latest tooling, since this is the most accurate and correct kit currently available. However, the mask set can be used with any MiG-21MF in 48th scale in order to replicate the MFN version of the Czech Air Force.