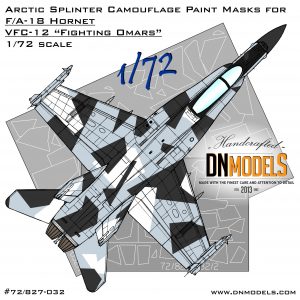 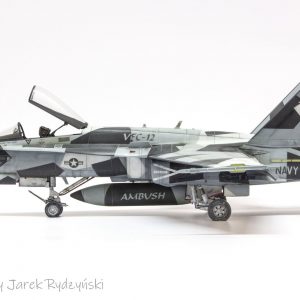 belonging to VFC-12 Fighting Omars is painted in Splinter Camouflage typical for Russian Su-35 Flankers. F/A-18 looks quite unusual in this camo scheme, but in the same time demonstrating very aggressive looks. Despite the fact that F/A-18 Hornet is smaller than the Su-35 Flanker jet, the camouflage scheme looks very close to that of the Sukhoi and it is quite easy to see the resemblance between the two jets.