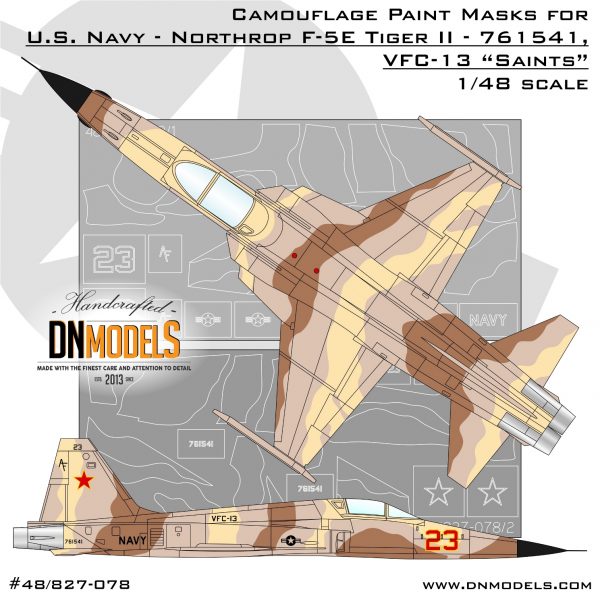 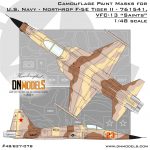 Suggested use: F-5E in quarter scale

Suggested use: F-5E in quarter scale

is the single seat version of F-5 Freedom Fighter light supersonic jet. The plane is used with various Air Forces around the World. F-5 in many of its variations is used as an Aggressor/Adversary aircraft. Due to its flight characteristics, close resembling MiG-21 in its first and second generations, F-5E is one of the main “enemy” aircraft still being flown by the US military. Alongside with the twin seat version, the F-5E is one of the main aggressor aircraft used currently. It is being flown both by the government and by private air forces in the role of adversary aircraft, providing support to the military in their training goals.

is called “Saints”and this F-5E bears very attractive and popular desert camouflage scheme. Some variations can be found in the same unit, pretty similar one to another. The desert tones closely resembles Mig-21 camouflage schemes used in the early days of Soviet-Afghanistan war. Later on, these paint schemes were kept and still can be seen in many Air Forces around the world, that use former Soviet surplus MiG-21 Fishbeds in their arsenal. In order to achieve maximum realism, it is best to follow the reference material of the specific airplane that you want to build. The paint mask set features all the markings visible on the picture of the item.