“Paint Masks for Tiger meet 2010 Panavia Tornado ECR “Lego Bomber” 1/48” has been added to your cart. 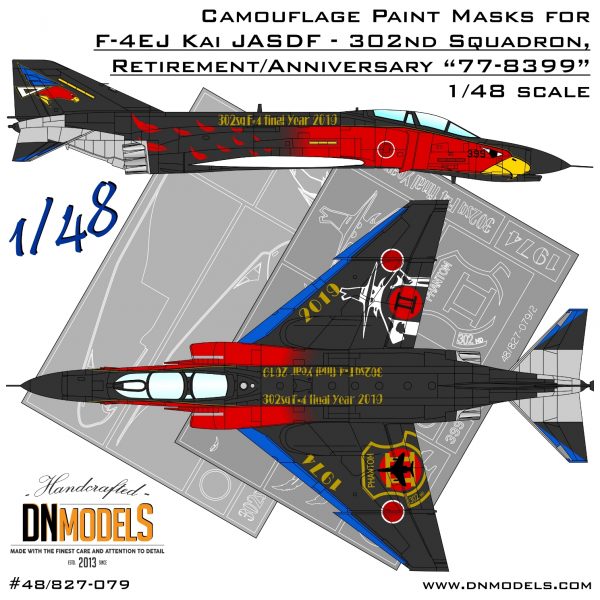 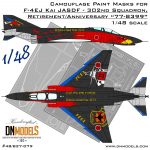 is a license built F-4 by Mitsubishi Heavy Industries. F-4EJ is an upgraded variant of the Phantom. It was equipped with new radar and new computer systems, improving the original capabilities of the fighter jet significantly. The planes flew all together with Japanese F-15, with primarily supporting role. With the advancement of the new age, planes were slowly replaced by Mitsubishi F-2 and soon they will be completely replaced by F-2 and F-35. This particular scheme can be found as a decal option, as well as in a stand-alone kit released by Hasegawa as Limited Edition. However, due to the size and complexity of the special paint scheme, replicating it with actual paint is providing superior realism compared to decals.

Anniversary Celebration markings feature two F-4EJ Kai planes. One with black appearance – #77-8399 – shown in this mask set, and one very similar, in White. Both planes show some minor differences in the painting, mostly in the eagle head. In 2019, after decades of service, Japanese Defense Force started retiring its Phantom fleet. Both recce and fighter versions are currently being retired, with 2020 being the last year that F-4s will fly in Japan. 302nd Squadron white and black Phantoms were prepped for air show work and will appear in the skies up till the late months of 2020. As with many other F-4s in Japan. those planes were re-painted for Celebration purposes, dedicated to the long and successful F-4 career in Japan.