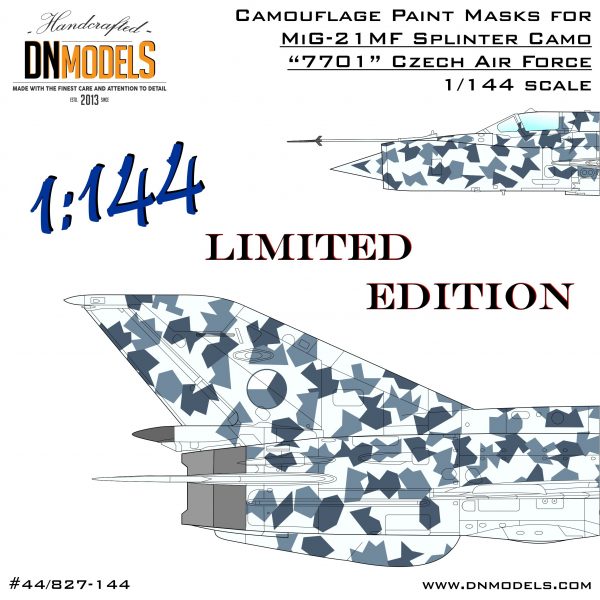 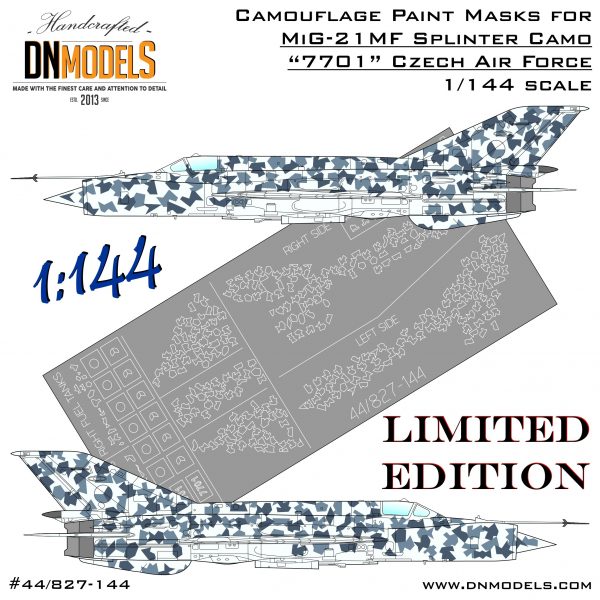 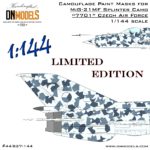 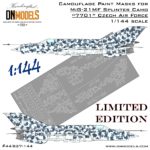 The original Czech Splinter project by DN Models was based on Eduard 48th scale MiG-21MF kit. Since Eduard MiG-21 kits are the most accurate on the market currently, including their 1/144 scale kit, we designed this set for their smallest option. DN Models does not work with masks for 1/144 scale kits, however due to the high demand for this specific set, we decided to provide it to our customers. As a result, we made only a Limited Edition run, rather than releasing set that will be available long term. In contrast to our regular mask sets, once this Limited Edition is gone, it won’t be re-issued.