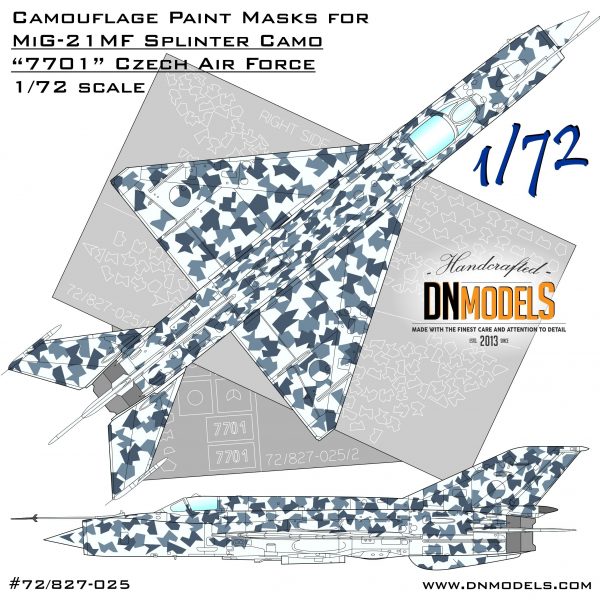 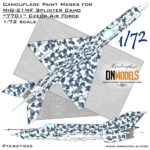 Will fit most of 72nd scale MiG-21s on the market. M, MF and bis can be used. For best results, use MF version.

The original Czech Splinter project by DN Models was based on Eduard 48th scale MiG-21MF kit. Since Eduard MiG-21 kits are the most accurate on the market currently, 72nd scale kits from the company are best suitable for this mask set. However, the set will fit most 72nd scale MiG-21s on the market. Various modifications can be used: MiG-21M, MF and bis. If you want best results though, MF is the correct version for Czech Splinter 7701. Some of the kits available feature discrepancies with the actual aircraft, which might lead to discrepancies of the camouflage. Although the camouflage scheme is very complex, some of those discrepancies might be visible. Be sure to use the most accurate model in order to achieve best results. Reference photos of Czech Splinter are available online. Proper research will help you gather many of those, thus replicate the real MiG-21MF #7701 accurately.