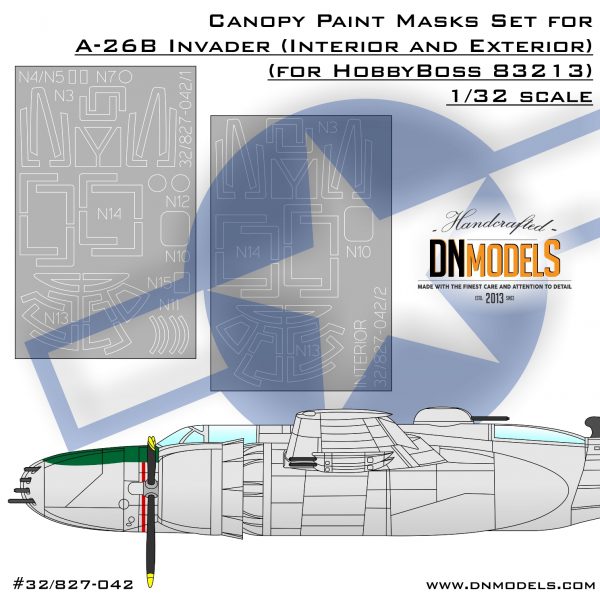 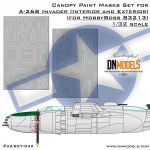 paint mask set is designed to be used for the clear parts of Hobby Boss #83213 kit. Both Interior and Exterior paint masks are included. The set is designed for the B version of the Invader and it is not guaranteed that it will fit any other releases of the Invader from Hobby Boss. The canopy of the kit is relatively big and with the included interior in the HB set, the presentation of clear and accurately painted windows is mandatory. The set compliments the insignia mask set that covers and substitutes the decals of HB83213.

is the first of the Invader series released by Hobby Boss. Although the most expected version was the one used in Vietnam, the A-26B Invader was the first to see the light of day in 2020. Future releases of the Invader will most likely follow soon, especially considering the great success of B-24 Liberator series released in 2019 by Hobby Boss. The kits are affordable and the accuracy issues have been addressed by aftermarket companies quickly after release. Special camo schemes as well as windows/canopy sets are available from DN Models as well. Despite the complaints about some specific details’ problems, the kits from Hobby Boss are very popular.