“Assembly Ship B-24 Liberator “Spotted Ass Ape” Camo and Insignia Paint Mask Set 1/32” has been added to your cart. 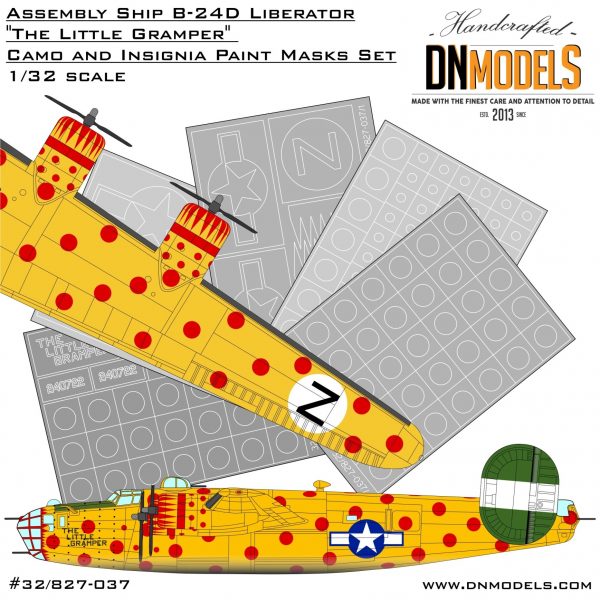 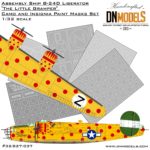 paint mask set is designed to be used with Hobby Boss #83212 kit. The mask set is dedicated to one of the many Assembly Ship aircraft, used to gather formations of many similar Liberators and send them on their mission. Assembly ships were also called Judas Goats, due to the similar role that they represent. Also called Formation ships, those were usually old aircraft stripped from their armament and often painted with bright colors and featuring additional lightning. The Little Gramper looks similar to “Spotted Ass Ape” assembly ship, but it is painted in bright yellow colors and features interesting engine nacelles triangles. Different sizes of roundels were applied all over the place and the vertical stabilizers were painted in green with white stripes.

is the second of the 32nd B-24 line from the Chinese model maker. Despite some of the accuracy issues pointed by B-24 fans, the kit represent an excellent representation of the famous World War II bomber in scale. The paint schemes included in the box are merely a small fraction of the almost endless painting options for this type of aircraft and with Assembly Ship line the spectrum is even broader. Some of the main differences with the assembly ships is that they lacked armement and some additional lightning was used.