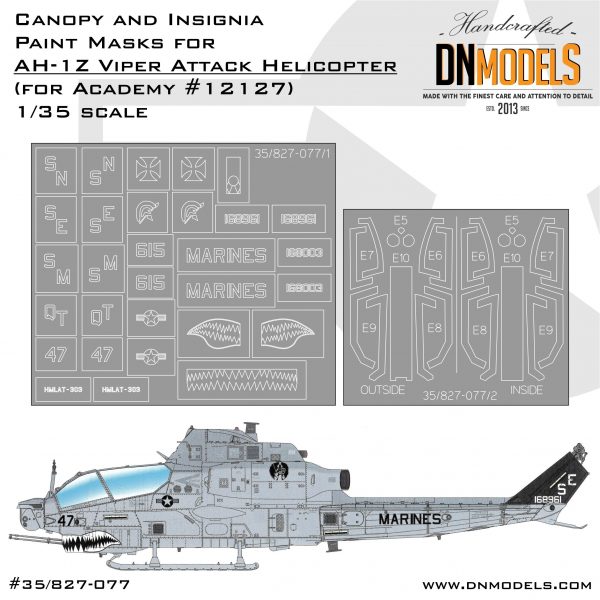 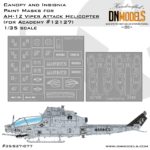 is the latest of the famous line of attack helicopters based on AH-1 Cobra.The latter one was the very first dedicated attack helicopter in the World. Decades after its initial release, AH-1W Super Cobra was introduced. The Z-model is the latest generation based on the original and it features four blade propeller and numerous upgrades and improvements, which makes it a completely different machine compared to its ancestor – the Cobra.

is the latest and so far the most sophisticated kit of the Bell AH-1Z Viper Attack Helicopter available. It is in 35th scale and represents very accurate miniature of the famous attack helicopter. The kit features bulged rivets, which is the most accurate representation of the original. Academy helicopter kits are very well accepted among modelers and this release is considered their highest achievement to this day.