ZTZ-96B gained popularity mostly because of Tank biathlon that was held in Russia last couple of years. China is the only country that bring their own tank to participate. Whether it is a commercial trick or just pride isn’t exactly clear but the tank gained controversial opinions. The most attractive thing about it is most definitely the camouflage. Chinese Digital Camo schemes are very interesting, since they feature overlapping colors and are complex to reproduce. This was already seen on PLZ05 howitzer and it is very attractive for modeling purposes. 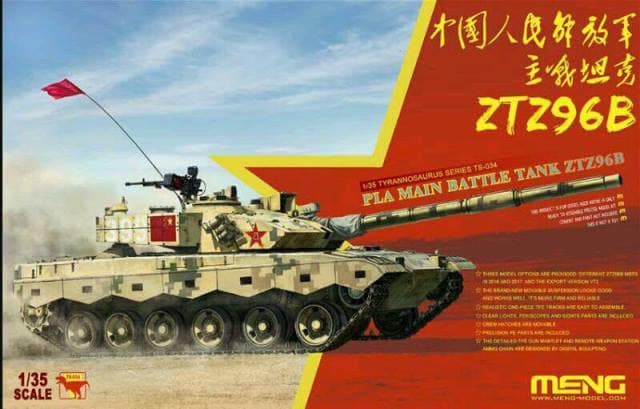 The latest double release is a bit annoying though. HobbyBoss announced a continuation of their line of ZTZ with the -96B model which is pending release this year, probably even the summer. The tank is without boxart yet, so far promoted with a picture of the real thing in Desert Digital Camouflage taken at the Army Games in Russia.

In the same time, probably within the 24 hours of the same calendar date, Meng Model announced their own 2017 new tool release of the same vehicle. They have boxart of the very same camouflage with different numbered vehicle. It is set – again – for 2017 release, but since Meng Model are not so accurate with their releases, I assume it might take little longer compared with HobbyBoss. 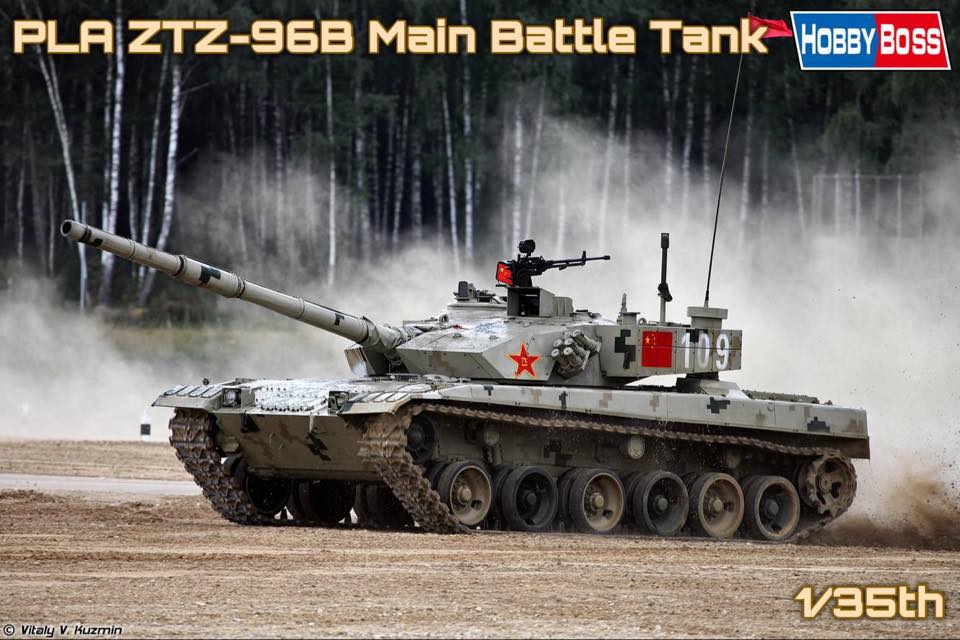 Whatever the case with those two is, it is another double hit for the same vehicle. That was the reason that probably stopped the Elbrus release from Meng couple of years back, or at least halted it for a very long period which is ongoing. In that matter, here we have discussed the dual releases of the same kit and the probable reasons why this is happening. It becomes slightly annoying though. The options are limitless and instead of new kits with new toolings of different vehicles are being released, we are seeing one and the same on and on.

I believe that this will backfire at the companies and it will happen rather soon. Especially with subjects like this ZTZ-96B which have limited fans around the world. For ZTZ-96B, the only hit here I believe is the camouflage. Stay tuned for DN Models release on that particular subject!