Telford scale model show is the biggest event in the World in regards to scale modeling. That includes an amazing show, innovations displayed, vendors showing off their newest stuff and more. Every year, there is a huge expectation among modelers what are companies are about to exhibit. Sometimes projects are revealed there, sometimes – selling starts.

This year, one of my favorite brands, Zoukei-Mura will put up for sale a number of Do-335 A-12, the twin seater Pfeil that I already mentioned in here. As far as I understand, this won’t be done in large numbers, which will create even greater interest among Luftwaffe fans. Pfeil is a legend and in 32nd scale with the quality and engineering that Zouekei-Mura always delivers, this will be the highest point in the annual announcements and purchases in 2017. And that goes not only for Luftwaffe fans of course. Zoukei-Mura’s approach to dissecting a kit is notorious and appreciated. Do-335 A-12 won’t disappoint again and in that scale it promises to be a beast. 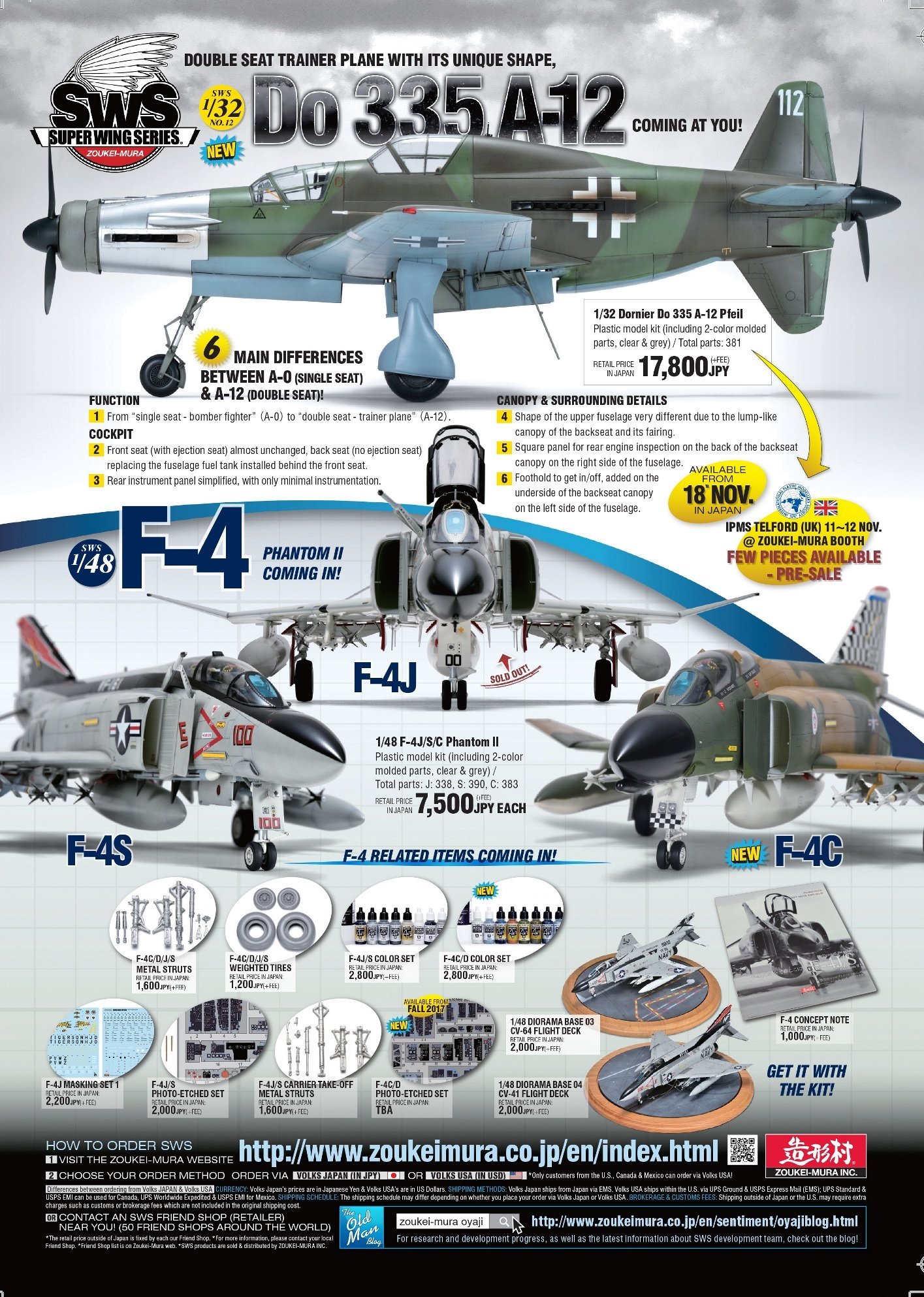 Alongside with it, you can expect the three Phantoms available from SWS 48th scale line: F-4J, S and C. Latter one is the latest released and the one that will be most welcomed most likely. Why? Well, because it is still a fresh one out on the market and I believe that any Phantom fan already should own J and S in their collection!

Telford show will be held on 11-12th November and official sales of the Pfeil A-12 starts on November 18th. So if you want to be the first to have it, be sure to be there and be bright and early, because there will be fierce competition!!!