Zoukei-Mura Me-109 was announced couple years back and then immediately went somewhat under the radar for many. The reason for that was the fact that all together with it, an Fw-190A Wurger was announced, as well as that many thought that there are enough Me-109s on the market already. Another one would be simply one too many. To some extent, true first impression.

There is Revell’s Messerschmitt Me-109G, which is a great kit for the money. It is more accessible and of course – very affordable. Same scale – 32nd – less money, and decent accuracy. Not a superb packing, but good decals. An honest kit on every level. What more can one want?! There is Hasegawa tooling as well. That was released some time ago and in many variations. As with Revell, we have great kit for good money and the same scale. Again, pretty attractive option. 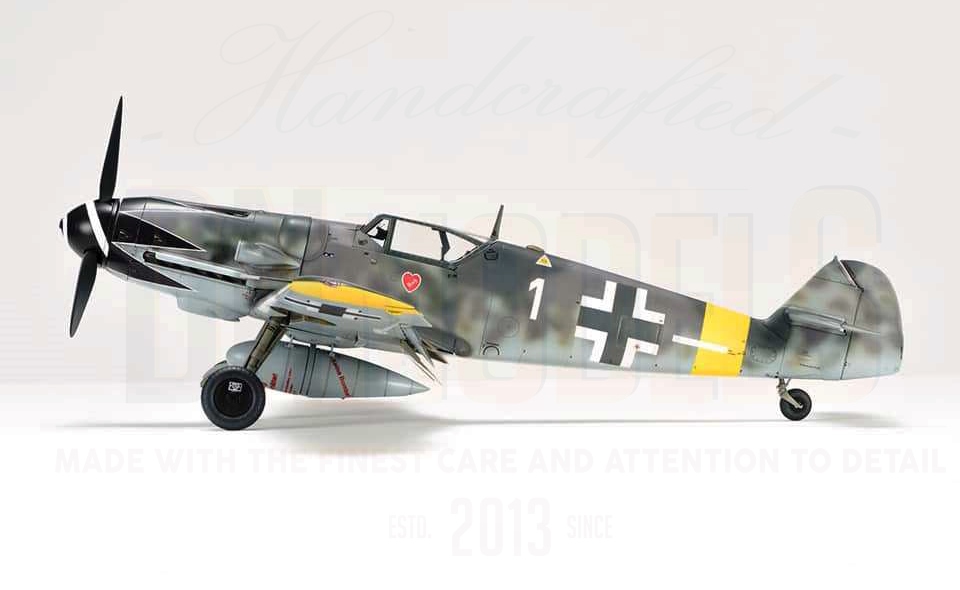 Zoukei-Mura is something different though. It is not about accuracy we are talking either. Zoukei Mura kits are accurate, that is a fact. They are rarely on a lower level than the competition no matter about the specifics – decals, parts, fit, etc. There is only one flaw, but we’ll get back to that later. With ZM we are talking the option to strip down the kit OOTB, with an enormous amount of detail hidden beneath and impossible to replicate when using Hasegawa or Revell Me-109s. Not unless you work your butt off scratch-building and upgrading the ones mentioned and still, hardly with the same results as with ZM OOTB. 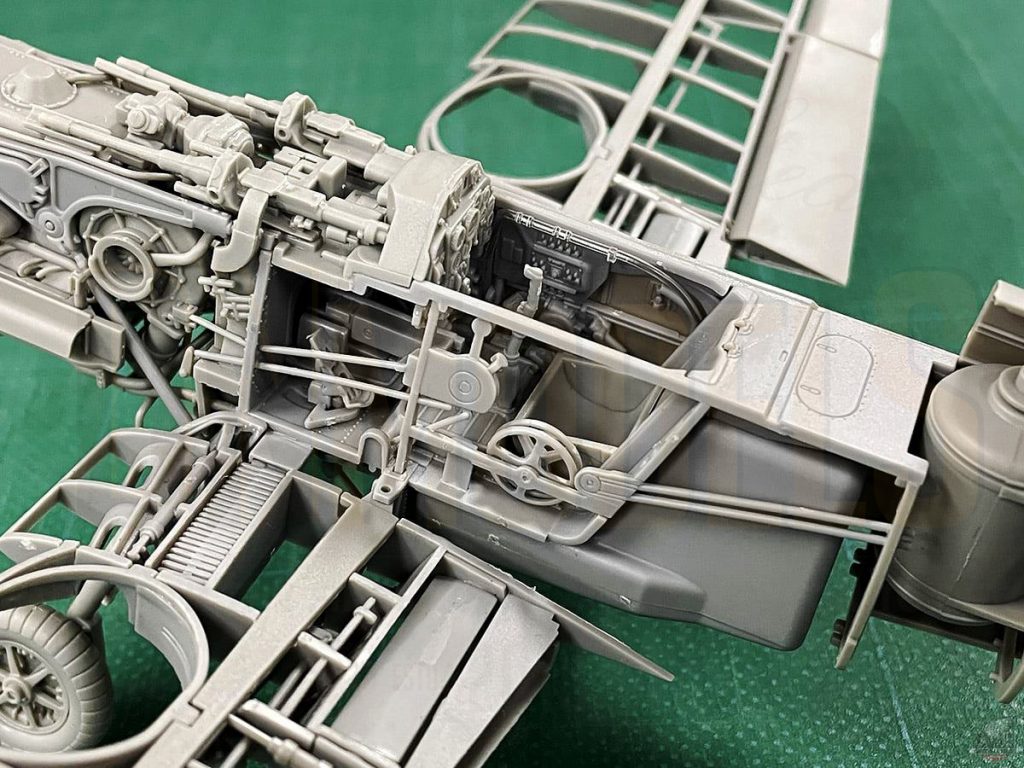 To the question do we need another Messerschmitt Me-109 and more specifically another Gustav the answer is – yes, we do! Especially such as the one seen on the pictures here. For those who want to spare themselves the hassle of working late nights on home-made kit improvements, Zoukei-Mura holds the answer. What you get with this kit is far far beyond the level of Hasegawa and Revell. And unfortunately, Tamiya might’ve made the Spitfire in 32nd scale, but they never took a shot at the other side of that same WWII moon – the mighty Gustav. Instead, they turned their heads towards Pacific Warriors.

So for its 10 year anniversary, Zoukei-Mura gave us Me-109G-14 with a resin figure of Erich Hartmann included. A killer combo made for experts and Luftwaffe aficionados. There is one flaw we mentioned and it is time to get back to that here. This kit is hard to get to. As all of Zoukei-Mura kits. In some countries, there is simply zero availability. There are online stores that serve most of the World, but still. The one thing we can complain about is the fact that Zoukei-Mura are not that popular with retailers due to many reasons, one of those being ZMs requirements themselves. 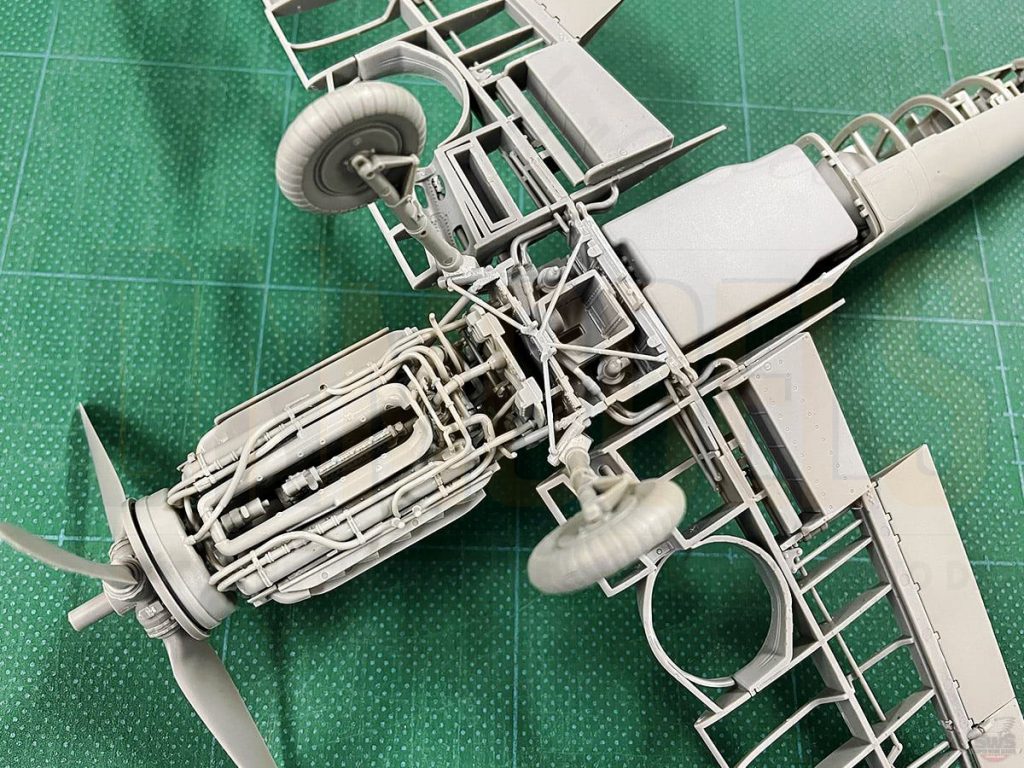 However, if you are really into this kit /and we believe that you should be if you are 109 fan/ there are ways to get it. Our experience with Zoukei-Mura kits says that it will definitely worth it. No matter the price. Which won’t be the worst out there. We know that for a fact too! As modelers, we can only hope that this won’t be the last we get from Zoukei-Mura on the subject. We are expecting G-2s, G-6s and hopefully some Karls too. In that scale there is always room for one more 109 on the bench. And the fact that it can be done stripped down to the bone makes it even harder to stop with only just one.

All eyez on Tamiya now. We are waiting…