Yakovlev Yak-130 is a advanced jet trainer and one of the very few available today, engineered up to the recent standards and requirements in modern aviation. In its beginning, the project was a joint-venture between Aermacchi  and Yakovlev which ended at some point and that brought to life two separate aircraft: M-346 Master and Yak-130. They still look similar and they are both in production, although there are differences in between them and their additional roles.

Since last couple of years Russia tries to demonstrate its potential and prove to the World that they should be considered a player again, Yak-130 gained additional popularity too, based on that same idea. That actually helped Zvezda as a modeling company too, which are now releasing new kits, either repacked or completely re-tooled, trying to compete with the rest on the market. So just recently we got Zvezda’s 72nd scale Yak-130, tooled in 2017 and already available almost everywhere. 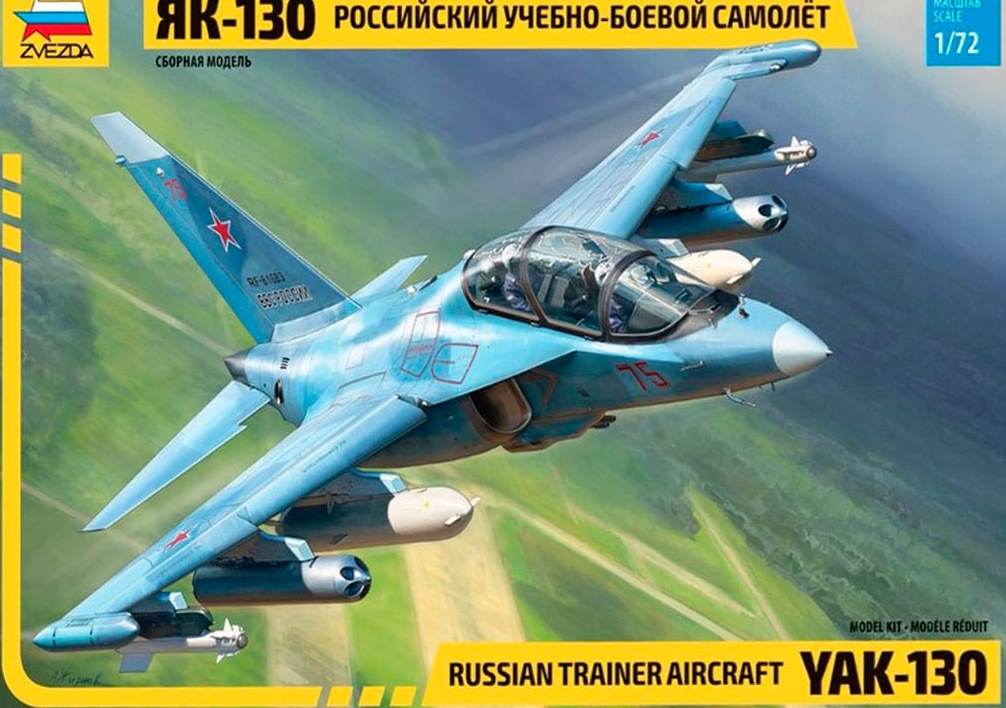 It is true, that such small jet trainer might be a little to small for 72nd scale, plus the subject is not that popular. Thus many might prefer to pay less and have 72nd scale Yak-130 in their collection, while spending their money on something bigger with more attractive shape and different fame. Like the Su-35 for example. With that said, the rest of the modelers who still like and prefer to go for bigger scale, Kitty Hawk announced /but haven’t yet released/ their own perspective of Yak-130. This time it is 48th scale, again, 2017 tooling.

Kitty Hawk are a lot more sophisticated as engineering and goals as a company compared to Zvezda and the bigger scale demands more for sure. So it is pretty clear which one of the two kits will be more attractive, simply from scale-modeling perspective. However, the prices that Kitty Hawk asks for their models are far from being modest, so that might change things a bit. It will – for sure – make both of these kit competitive. I am pretty sure that Kitty Hawk Yak-130 will feature many interesting engineering decisions and soon enough we will see aftermarket for the jet trainer from various manufacturers. More rivets and movable/positionable parts are also highly probable with Kitty Hawk.

In the same time Zvezda might not be so popular and the pictures show rather simplistic plastic, but will offer unbeatable price /as with many of their kits/ and even though in smaller scale, it will be based on the same subject which is neat. 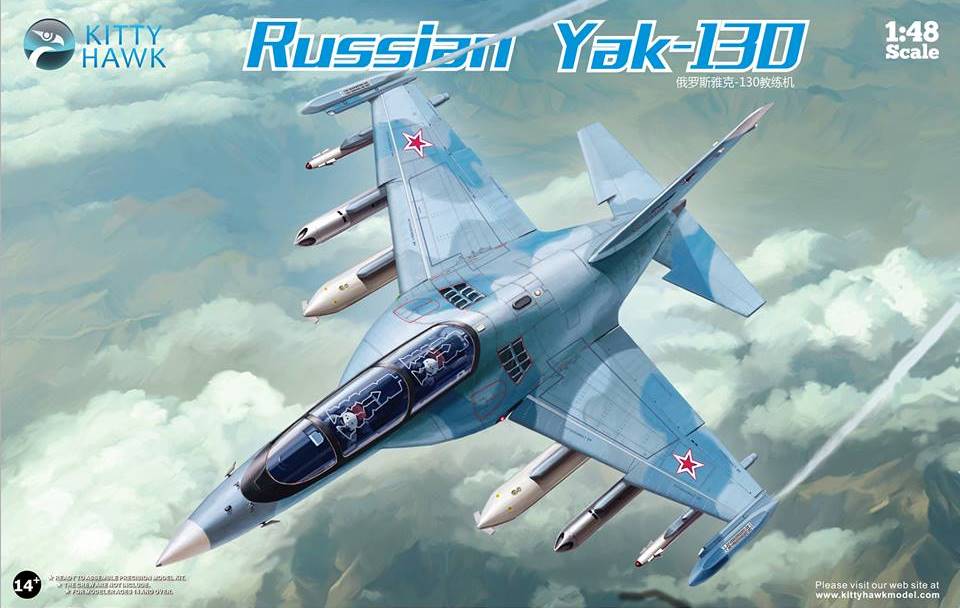 As an aircraft Yak-130 is too young to be that famous as L-39, which Trumpeter is releasing in 2017, nor will ever be a legend like L-29 that AMK offer and Eduard just recently repacked. The other jet trainers available on the market, like Fouga-Magister /AMK/, Kinetic Alpha Jet and MB-339 from Frems are also birds that are widely used and famous. That makes them attractive for modeling and in addition, will create both a challenge and a niche for Yak-130 kits. Especially for Kitty Hawk 48th scale bird.

So there we have another modeling area which is expanding – the jet trainers. Probably we are not far from the point when 32nd scale versions of the jets mentioned above will be available. But let’s see first, how Yak-130 will be accepted and modeled. Maybe that will help companies decide. The good news is, that we have one for every fan out there!