Wild Weasel concept was developed in mid 1960s as a counter measure to the increasing SAM activity in North Vietnam. Different platforms were used, among which A-4s, F-105s, F-100s, but the most memorable one was the mighty McDonnell Douglas F-4 Phantom. The latter one was already an established dominator in the skies over Vietnam and was used for various missions, both from Land and Sea. Pretty modern machine, the MDD Phantom was made into a Wild Weasel unsuccessfully at the first attempt.

F-4C and F-4D were the initial converted airframes, with 36 and 2 respectively. They were named EF-4C and EF-4D and it quickly became obvious that they are not good enough for the job. That was made under Wild Weasel IV, which was the fourth generation /attempt is more adequate here/ of the Wild Weasel concept. They were that bad, that some of the EF-4Cs were re-fitted back to the standard F-4C. 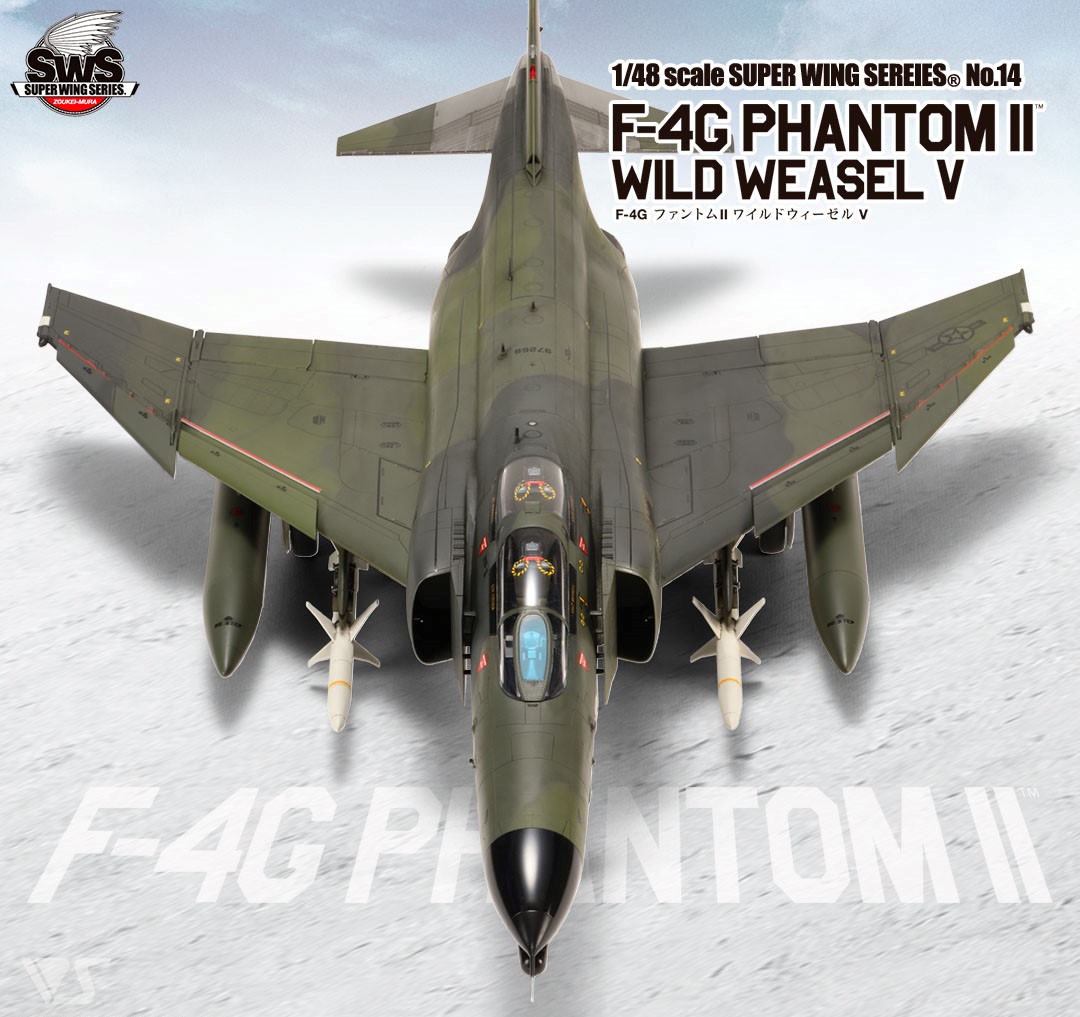 Then the Wild Weasel V came to life. That was the most sophisticated version and was made from an F-4E and renamed F-4G, AKA Advanced Wild Weasel. A total of 134 were converted. The chin was redone /gun removed, replaced by electronics/ as well as the rear cockpit, because the ECM capabilities of the aircraft were complex and required very active crew. The tail fin was modified too. Several pods for SAED /suppression of enemy air defenses/ were available, as well as the capability to shoot HARM /high-speed anti-radiation/ missiles. 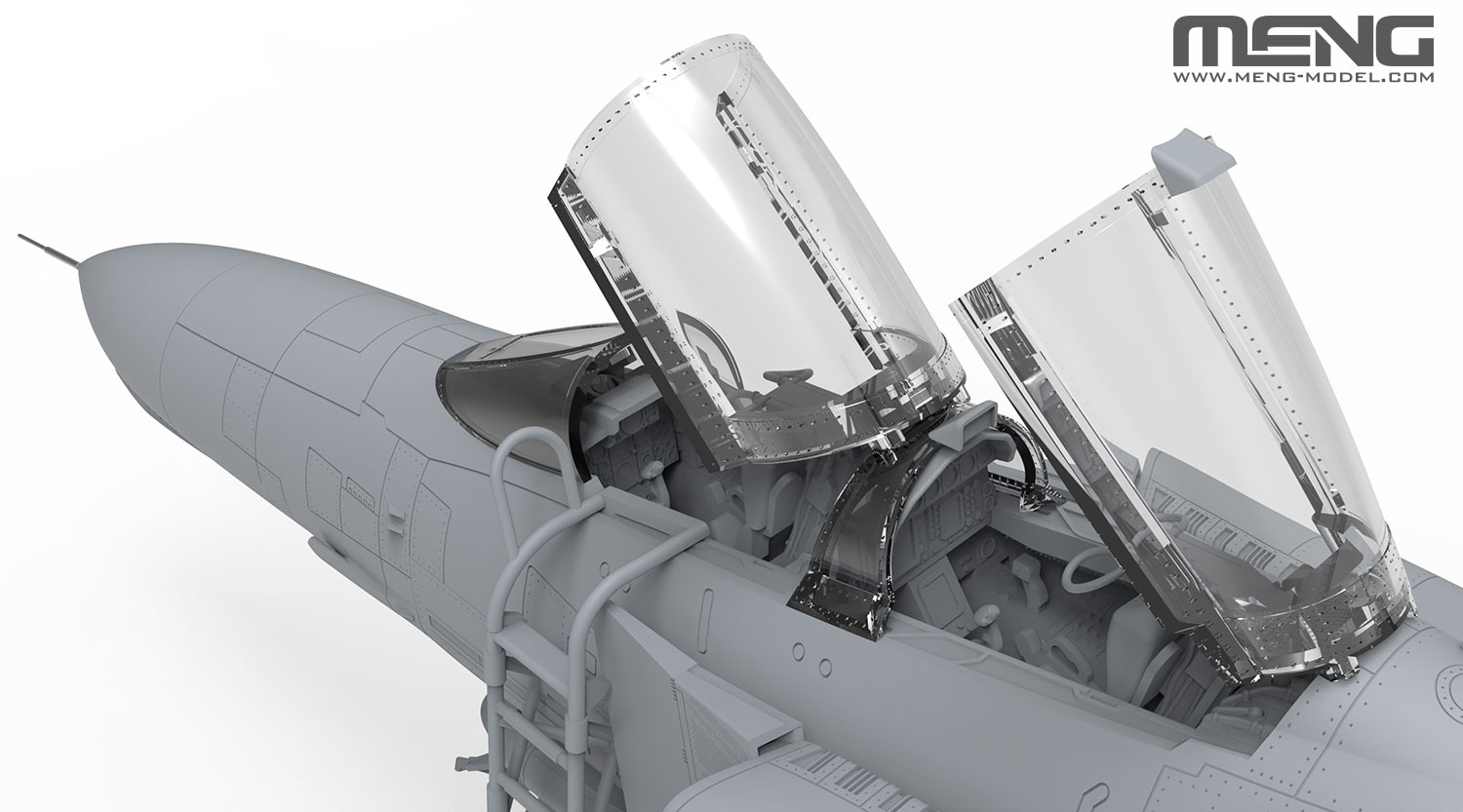 The result was that this plane was so successful /unlike the C and D variants/ that it dominated not only the skies over Vietnam, but up until and including Desert Storm quarter of a century later. Not surprisingly, both Zoukei-Mura and most recently MENG approached that specific subject. Even though not overly popular as the J, S and the E, the G Phantom is a legend among Phantom lovers. From the jungles of South-East Asia to the sands of Middle-East, this plane proved to be worthy war machine on multiple occasions.

Interestingly, F-4G was the MENG’s choice for an initial release variant. Usually, that is a title given to something more popular, like Academy did with the Sundowners F-4B, or Zoukei-Mura did with their F-4J. Another surprising fact regarding their decision is that the market is already full with decent new toolings of the F-4, latest one of which is the Tamiya’s brilliant tooling. It is quite a competitive scene when it comes down to MDD Phantom and in the most widespread scale of them all. 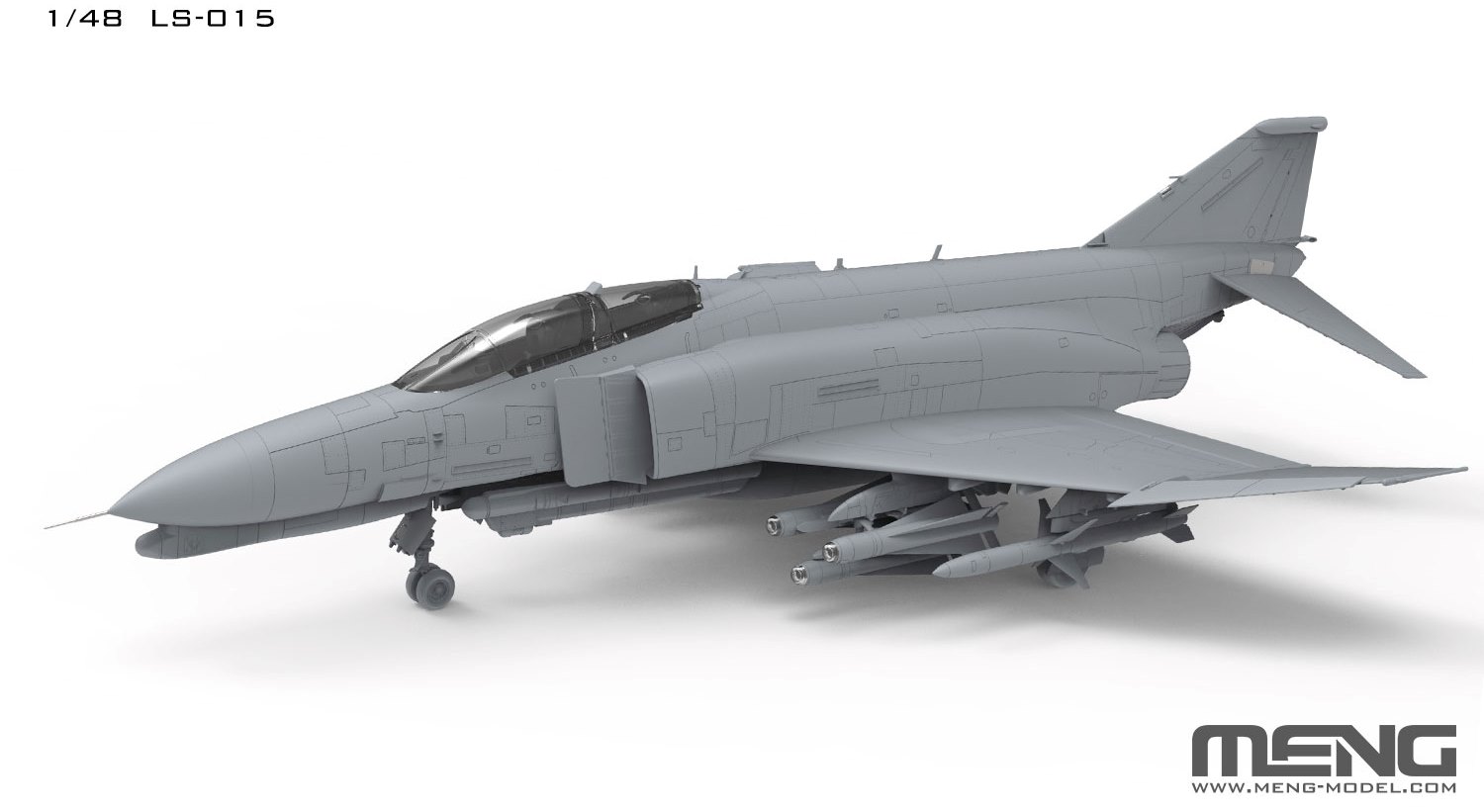 Nevertheless, F-4G from MENG is coming, complimenting Zoukei-Mura SWS 48-14, another G variant. The first obvious difference between the two is that MENG’s kit seems to be depicting Desert Storm Wild Weasel, while Zoukei-Mura’s boxart is late 80s bird. However, availability is what makes the bigger difference here. Because even though Zoukei-Mura is currently considered the very best Phantom in any scale, it is still quite difficult to find it in the regular modeling stores. While in the same time MENG are very popular and widespread kits. Not very expensive either.

Probably, MENG decided that they will fill the gap for those who never managed to get their Zoukei-Mura F-4G. Or they want to upgrade from Hasegawa obsolete tooling. Or maybe they are teasing each-other just like the armor model companies /among which is MENG too/ with similar subjects being released almost at the same time and offering small but important differences in between. 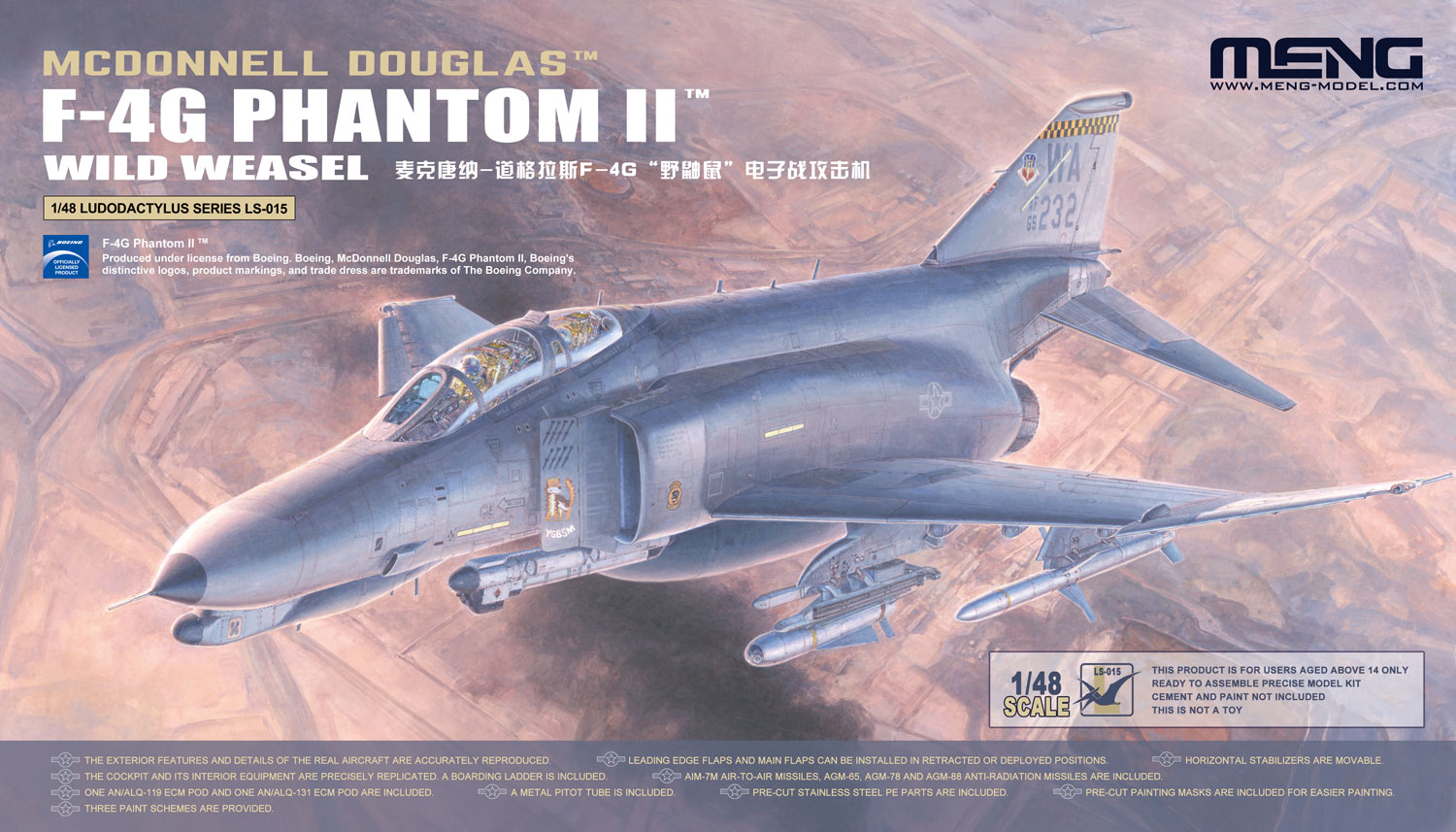 Whatever the case is, it is a win-win situation for Phantom lovers. This jet will probably never get old with so many fans and so many kits available, plus the fact that more are popping up regularly. What seems to be a forgotten room in the house is the recce variant, but with the current tempo, we expect to see bunch of those being released /probably simultaneously too/ quite soon. We would bet on Zoukei-Mura to start the Recce show, but nobody knows for sure. MENG surprised the World with this release, who knows, they might be ready with the next one too.