Spitfire from Eduard does not need any introduction. It is well known, widely reviewed and warmly accepted by modeler’s community. There are various options in different packings, all of them – state of the art kits. They come in PorfiPack boxes more often than not, featuring photo-etch, masks and superb decals. Weekend editions on the other hand allows you to go even beyond that, loading them with the BigEd or Brassin series from Eduard, making the kit a show piece.
This one here – Eduard 1198 – is slightly different animal. It is Dual Combo and it is Limited Edition. Also, it features late Merlin powered version of the Spitfire – Mk.XVI. The catch here, is that we have two of those but they are different. One is with bubble canopy, the other is with the standard and more popular high-back.

Although being the same version – Mk.XVI – they appear as two very different airplanes. Actually, for an untrained eye, they can be mistaken for two different aircraft…

Contents of the box:

Within the box, we have two ProfiPack kits combined. They feature masks, made from Kabuki tape, Photo-Etch sheets for the canopy, decal sheets and thick booklet with instructions. Photo-etch sheets are each for the different version of the Spitfire and they do differ in part numbering significantly. Great job here, since confusion may arise from the building process of two almost identical cockpits.

We have the standard for Eduard booklet, with colorful design and made from luxury materials. Eduard alongside with Meng are the companies that make very posh instruction sheets. While working with them I often hesitate before I mark out or scratch something. They simply look too good to be messed with.

There is an additional sheet for stencils of the high-back version, which differ from the other one, but not with much. 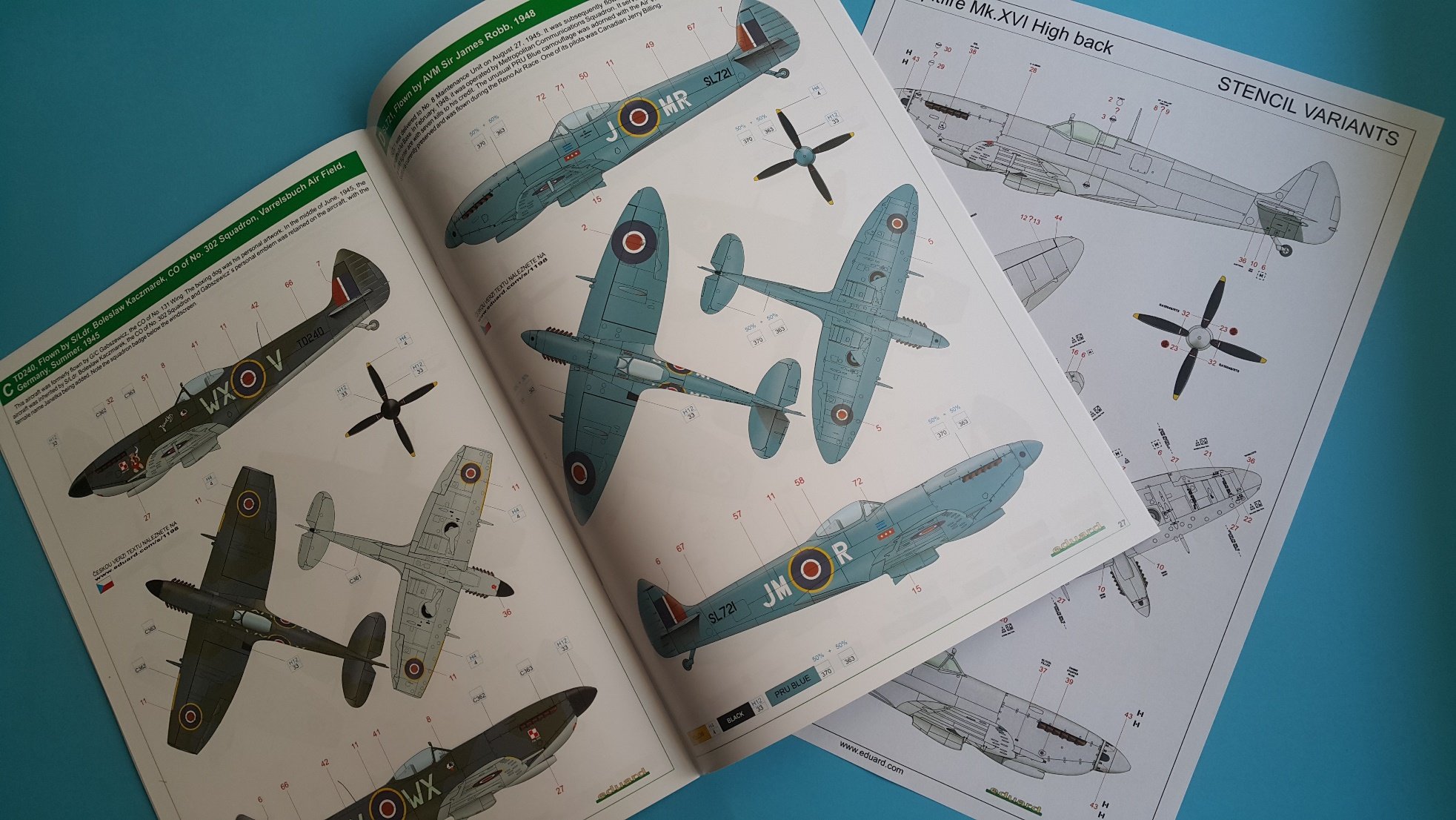 There are 8 color schemes included, 5 for the bubble-top, three for the high back. Of those, 7 are with the standard Spitfire camouflage scheme, which was painted with stencils back then, so it is pretty much the same thing. There is also one very attractive blue scheme, replicating Spitfire bubbletop, flown by Sir James Robb in late 40s.

All of the bubbletop Spitfires are planes flown after the end of WWII in Europe, and all the high-backs are planes that were flown before. I don’t know what inspired this decision, but it is nice to have those two equal versions divided into periods in that specific way. It adds to the feeling that the bubbletop is the superior option, although this in fact wasn’t exactly the case.

Two sets of Spitfires – two sets of everything, you might think. Yes, but there is more! There are truly two sets of everything in order to make a high-back and bubbleop Spitfire in Eduard 1198. But there are options for the clipped wing version of the high-back, as well as for the one with the standard elliptical wing which is the most distinctive feature of that airplane.

The wing of the Spitfire was the reason it was so successful and especially its shape. Elliptical wings are complex object for production, but aerodynamically they are unmatched. It looks very interesting on a model too, especially compared with the clipped version. Just like we have in this case. 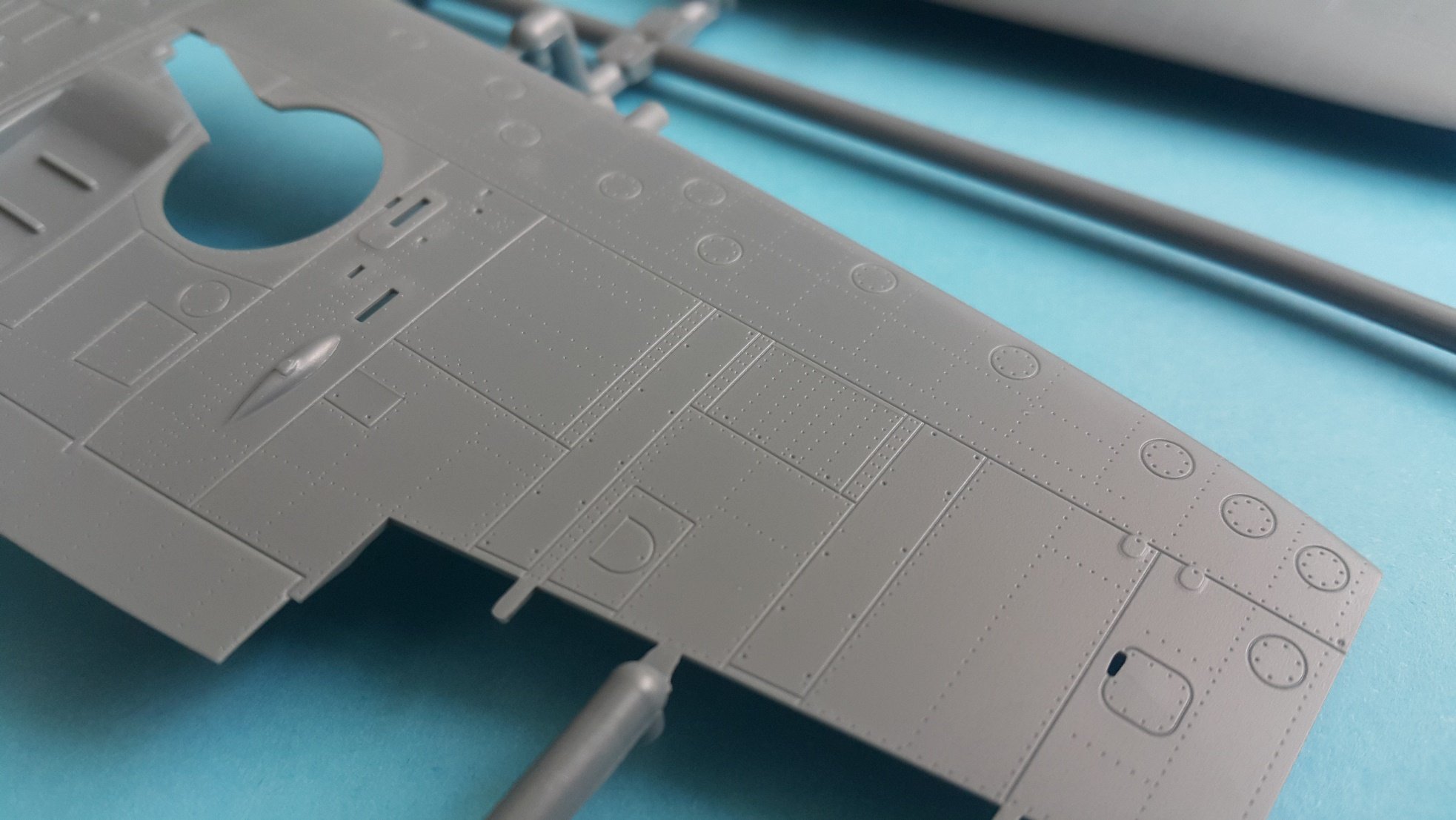 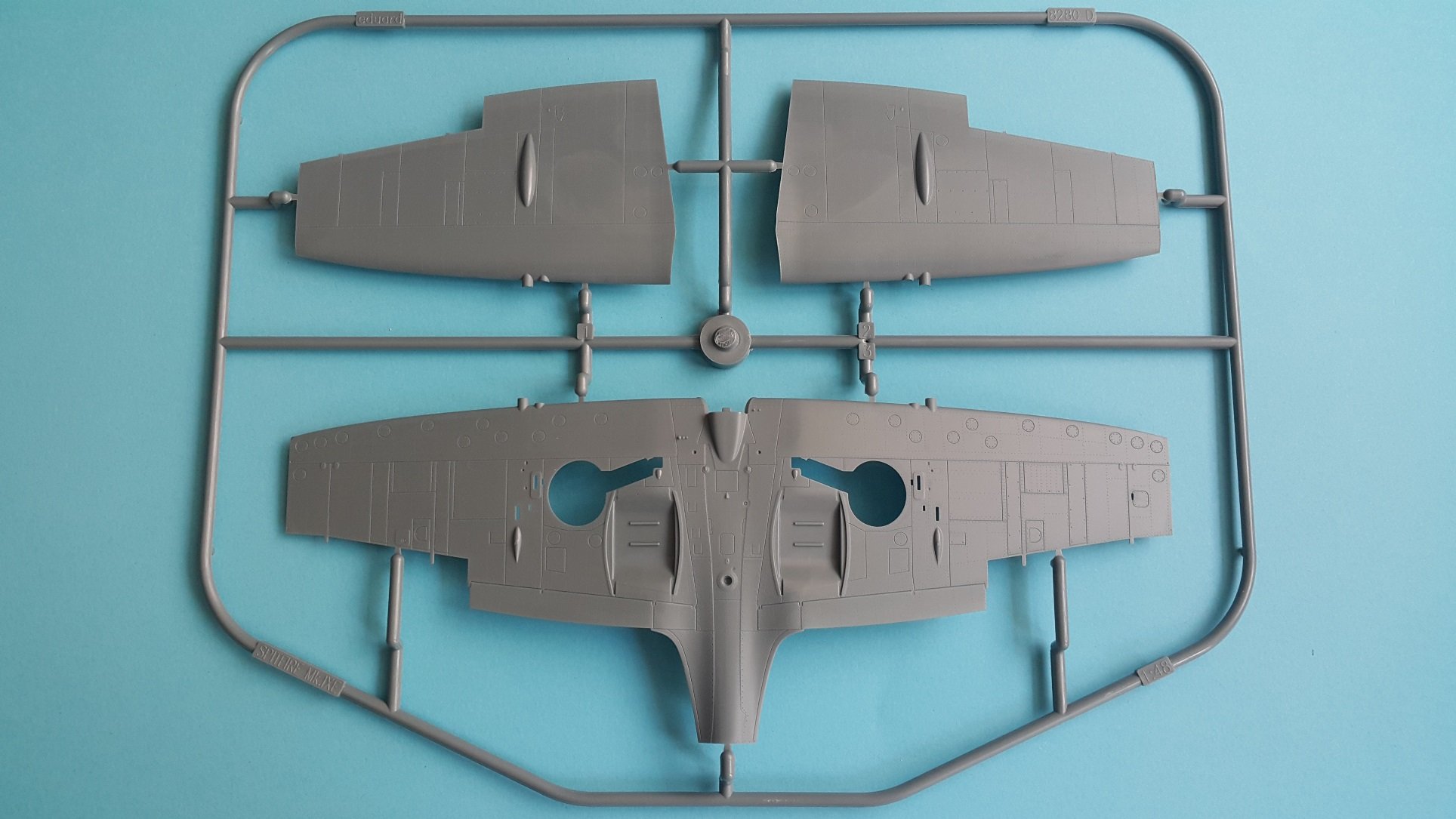 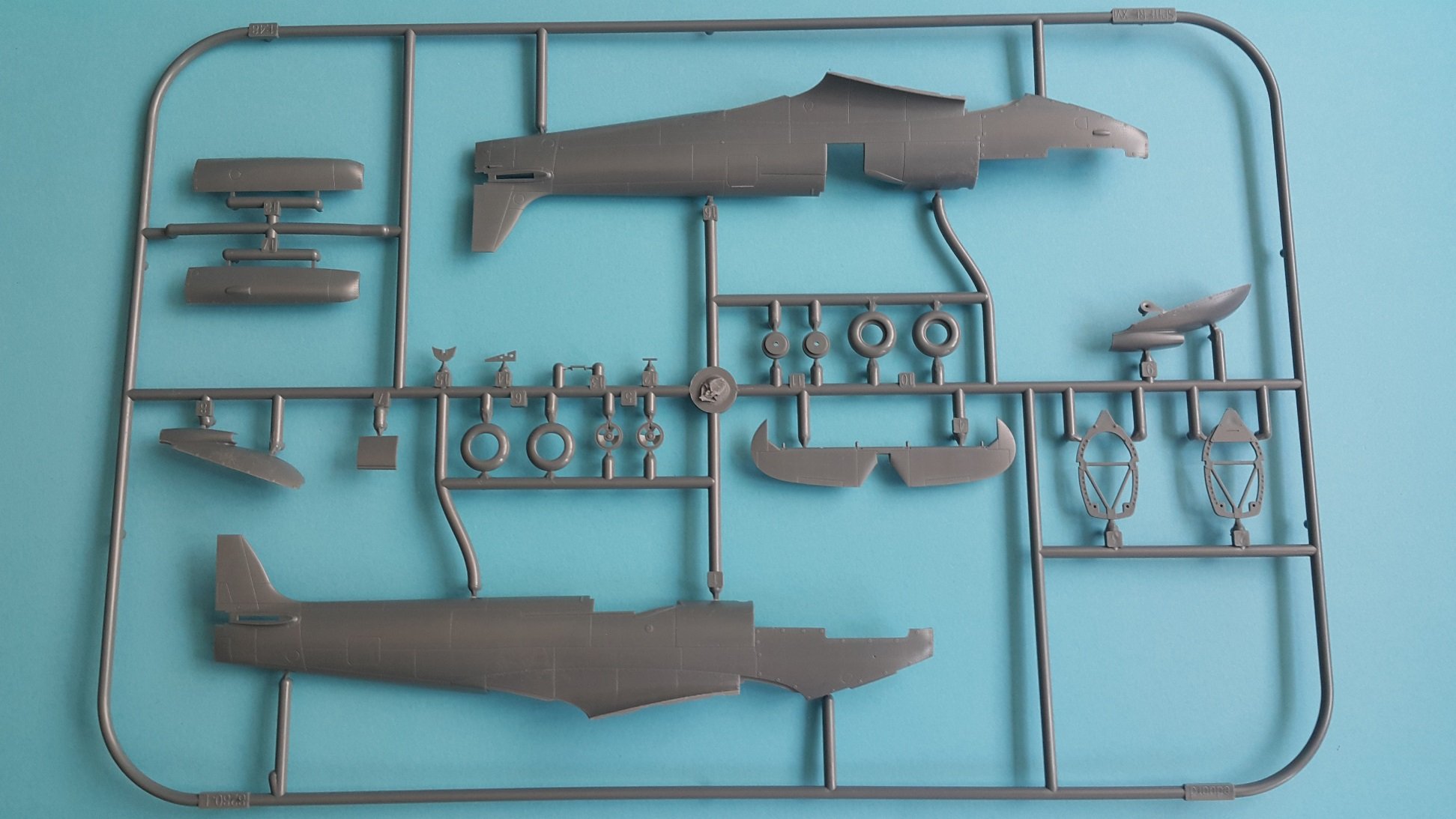 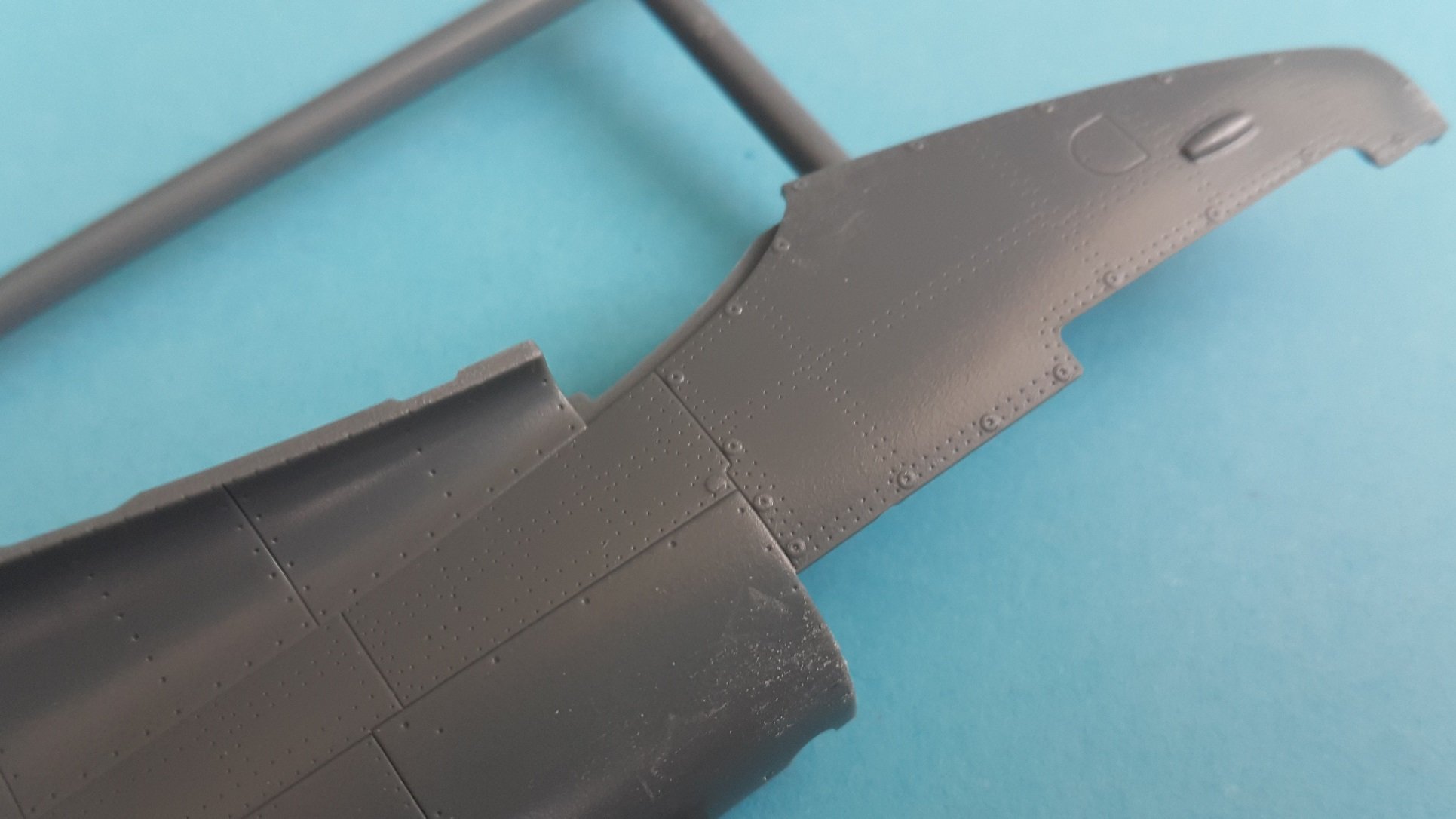 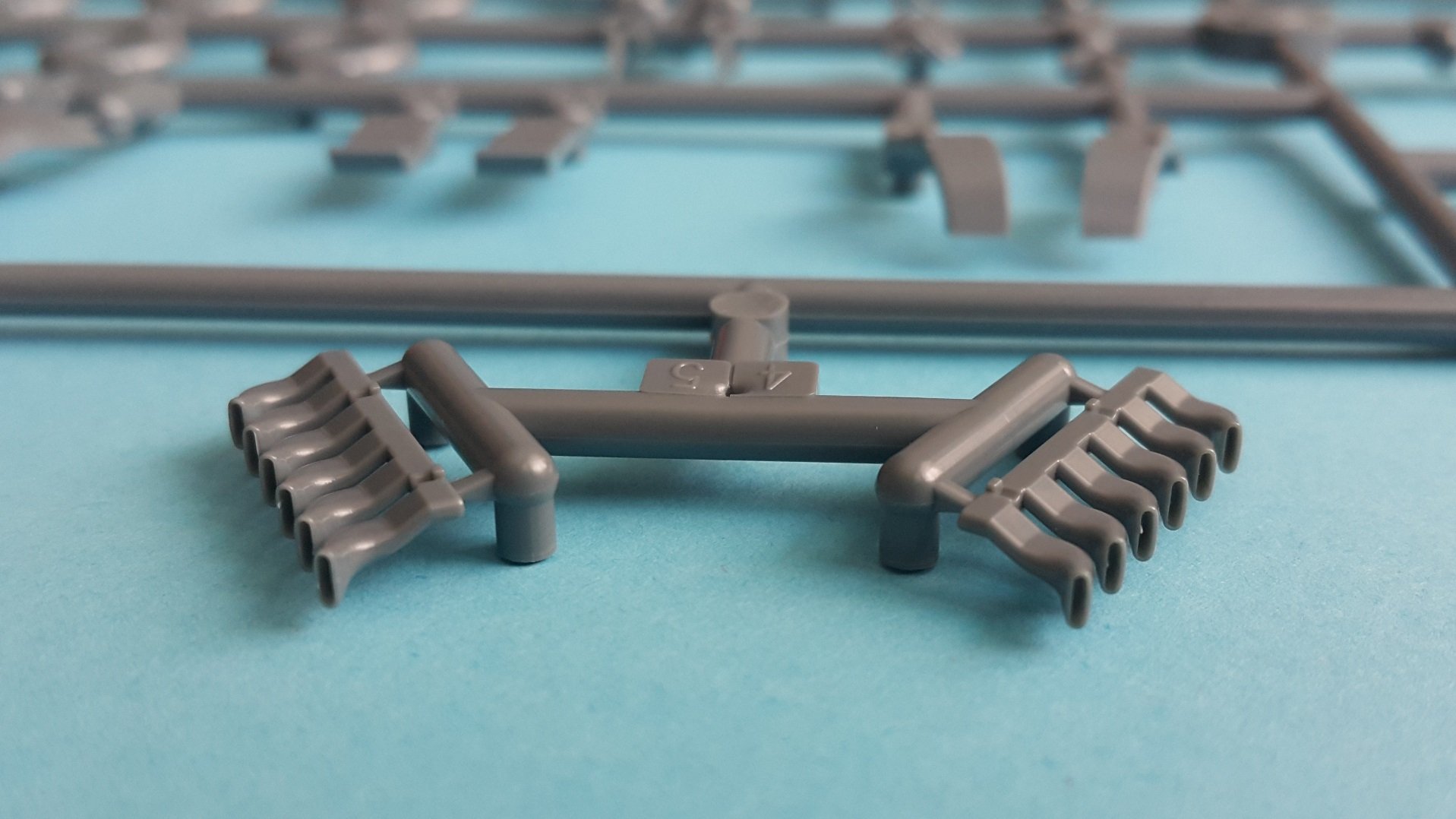 There are also wings with the teardrop bulges for the larger wheeled version, which is another significant difference. It simply cannot get any better that that!

The plastic is with superb quality and unmatched detailing, showing all the rivets and panel lines with the highest amount of precision available on the market. This probably makes it one of the Top 5 kits of props in 48th scale, with 3 more in that same list, again from Eduard. But you probably knew that from the other Eduard Spitfires that you already saw.

Well, here we have two of them! What could be better? 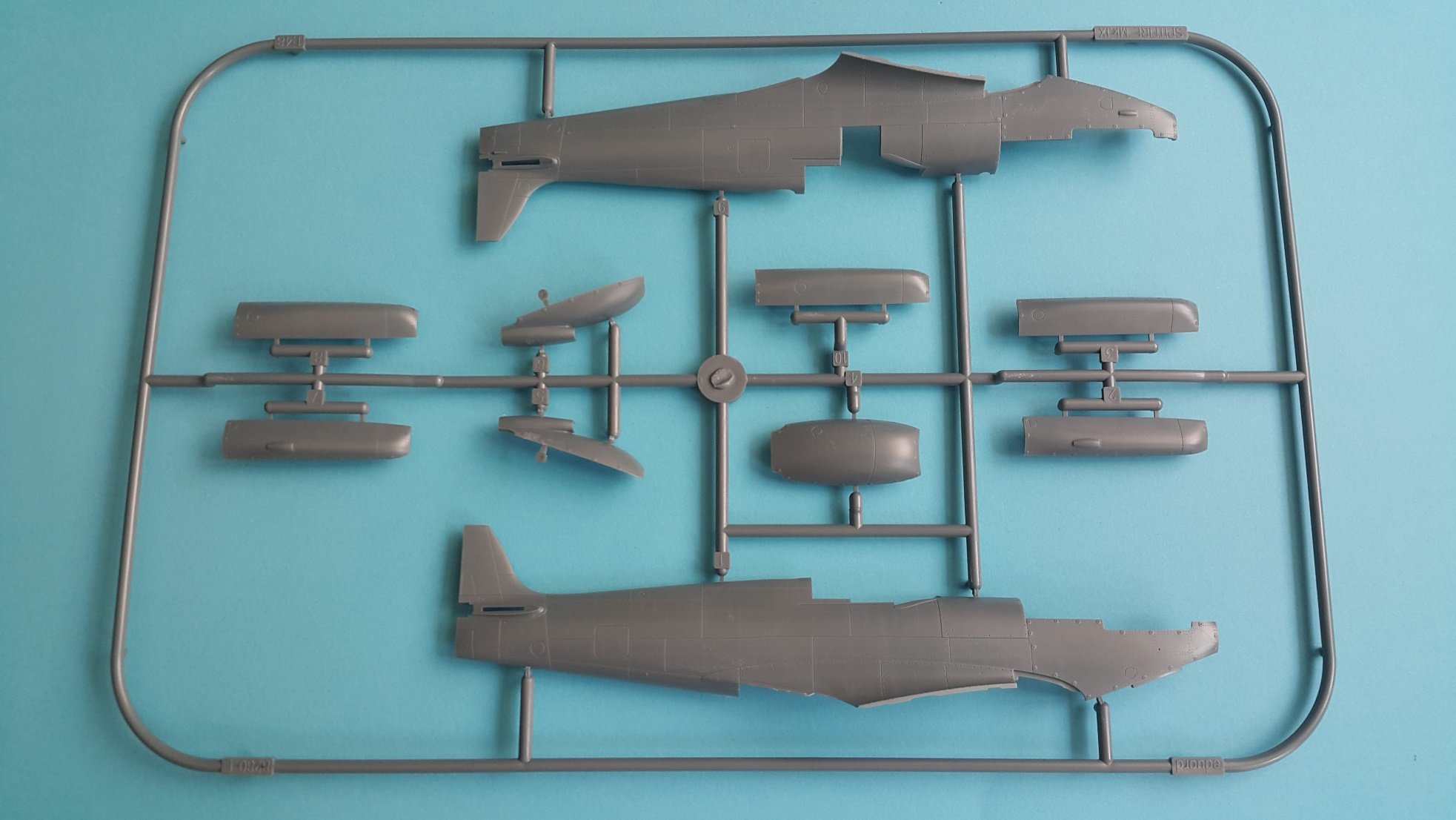 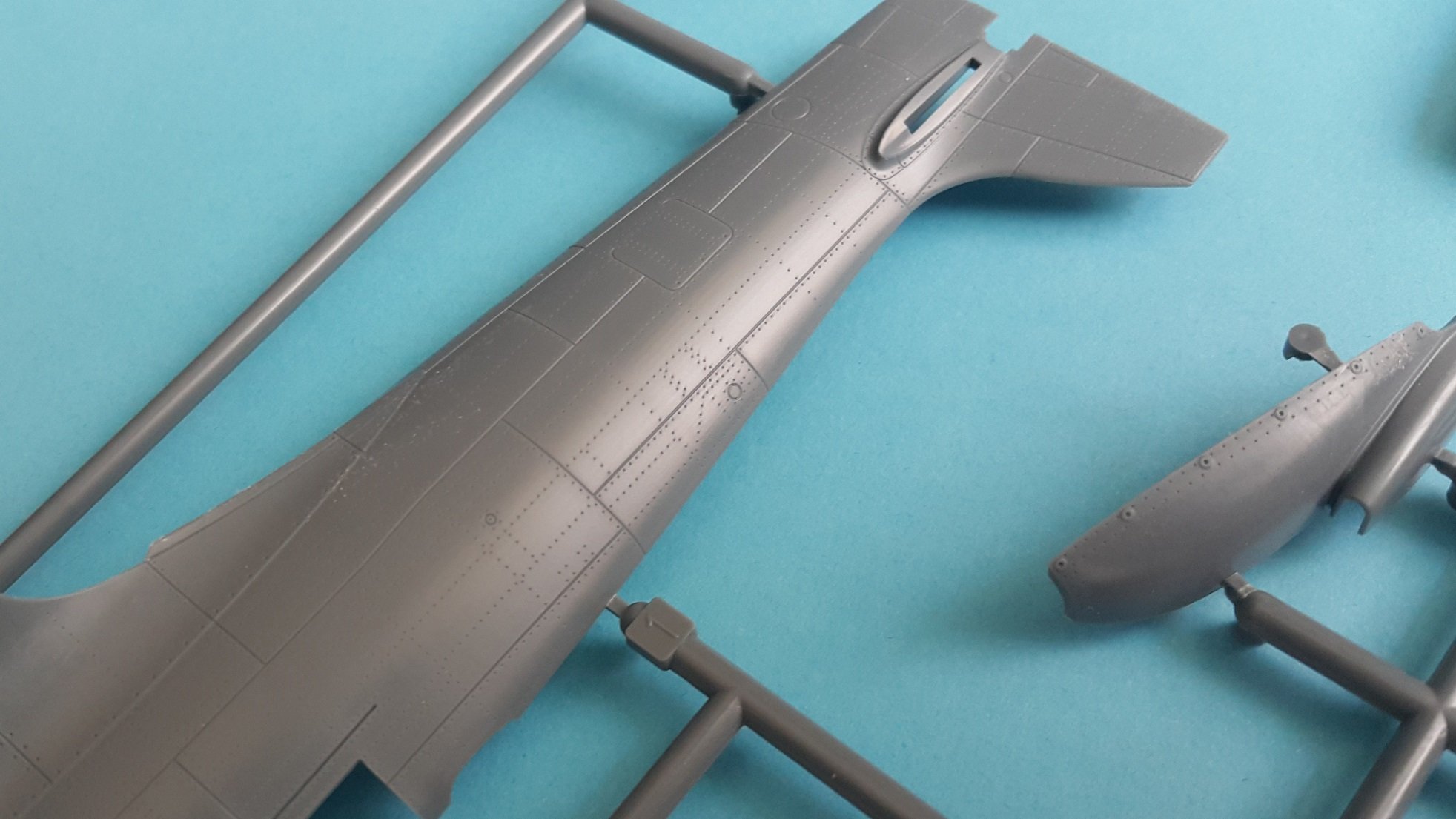 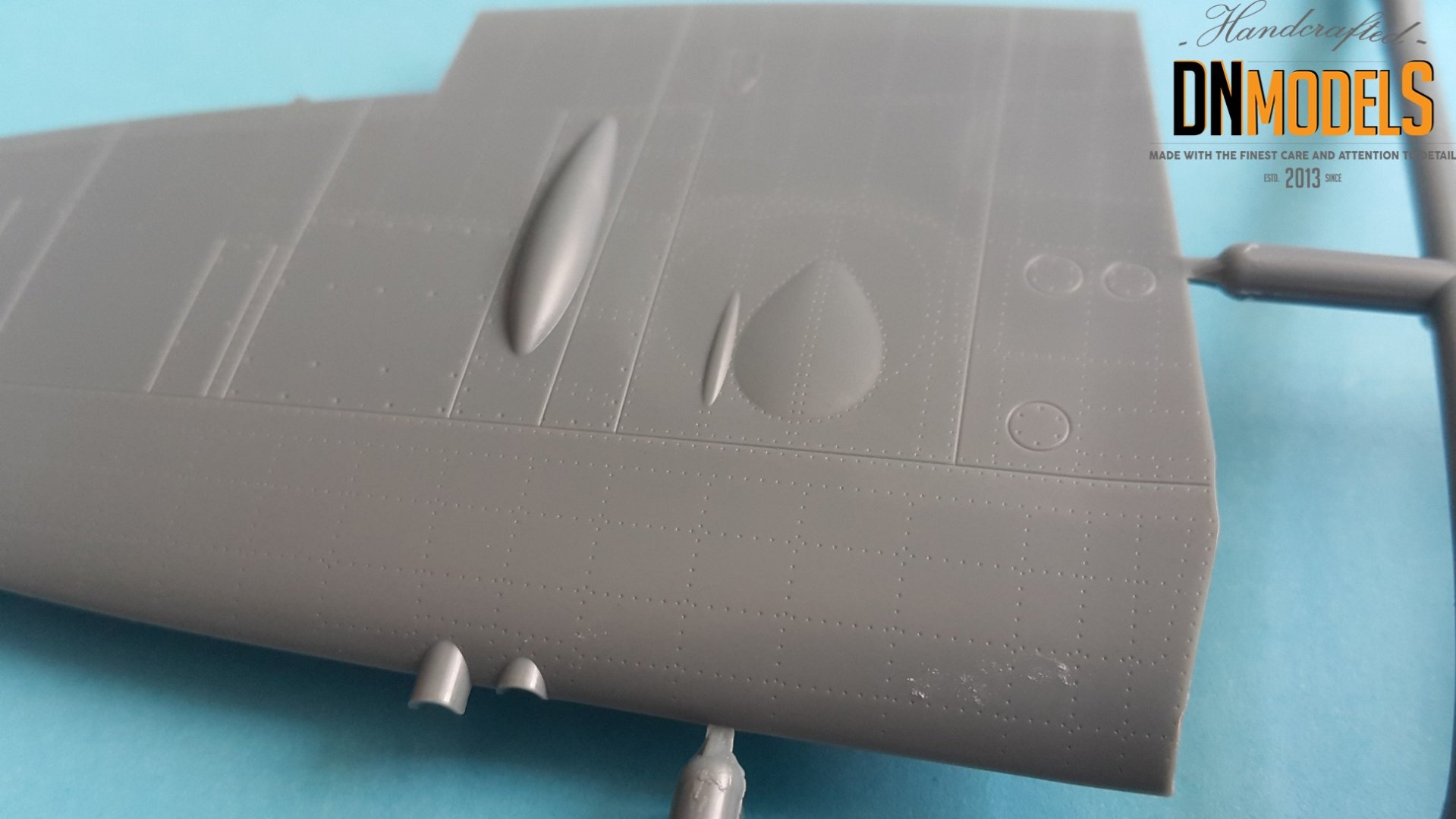 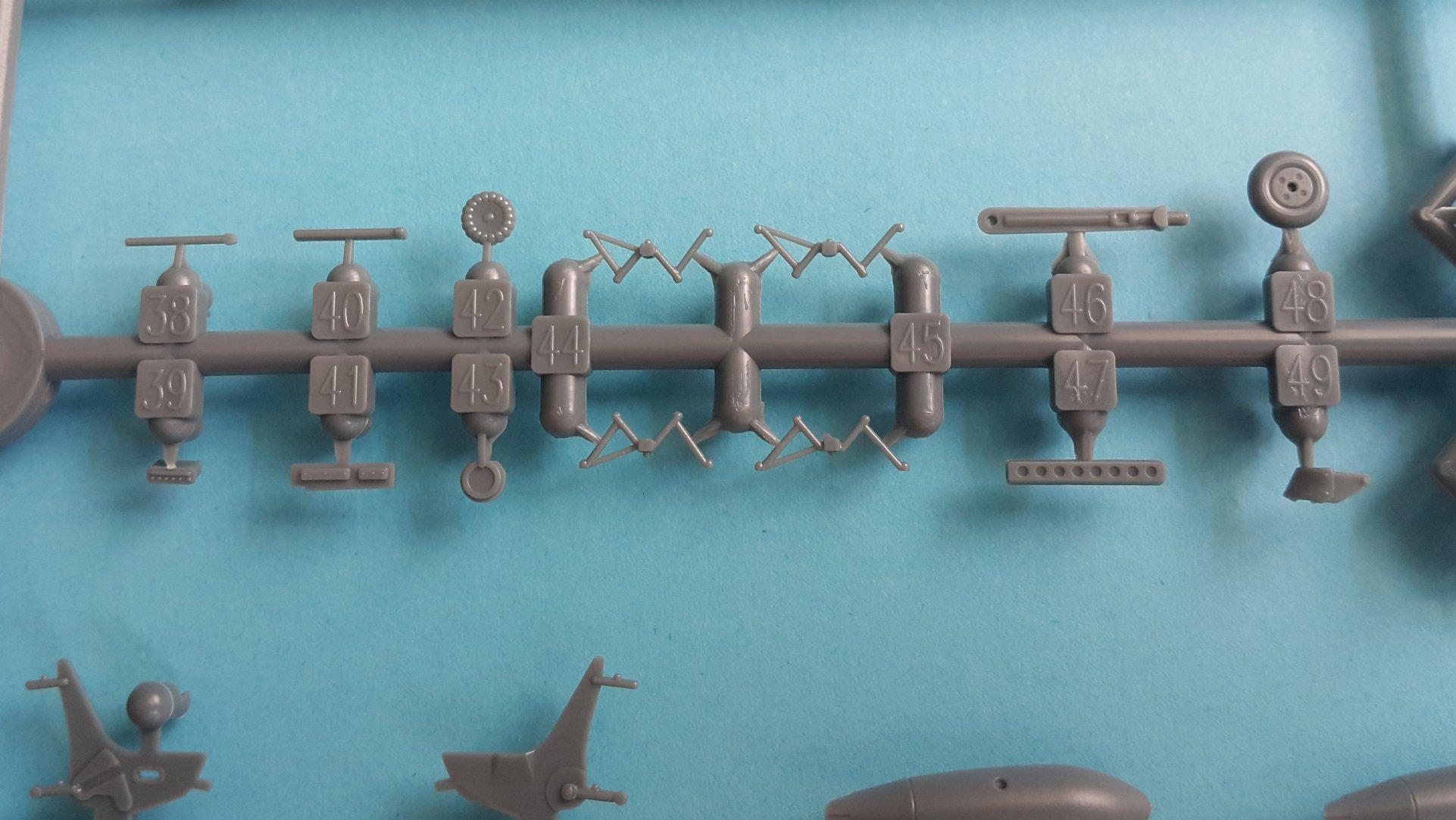 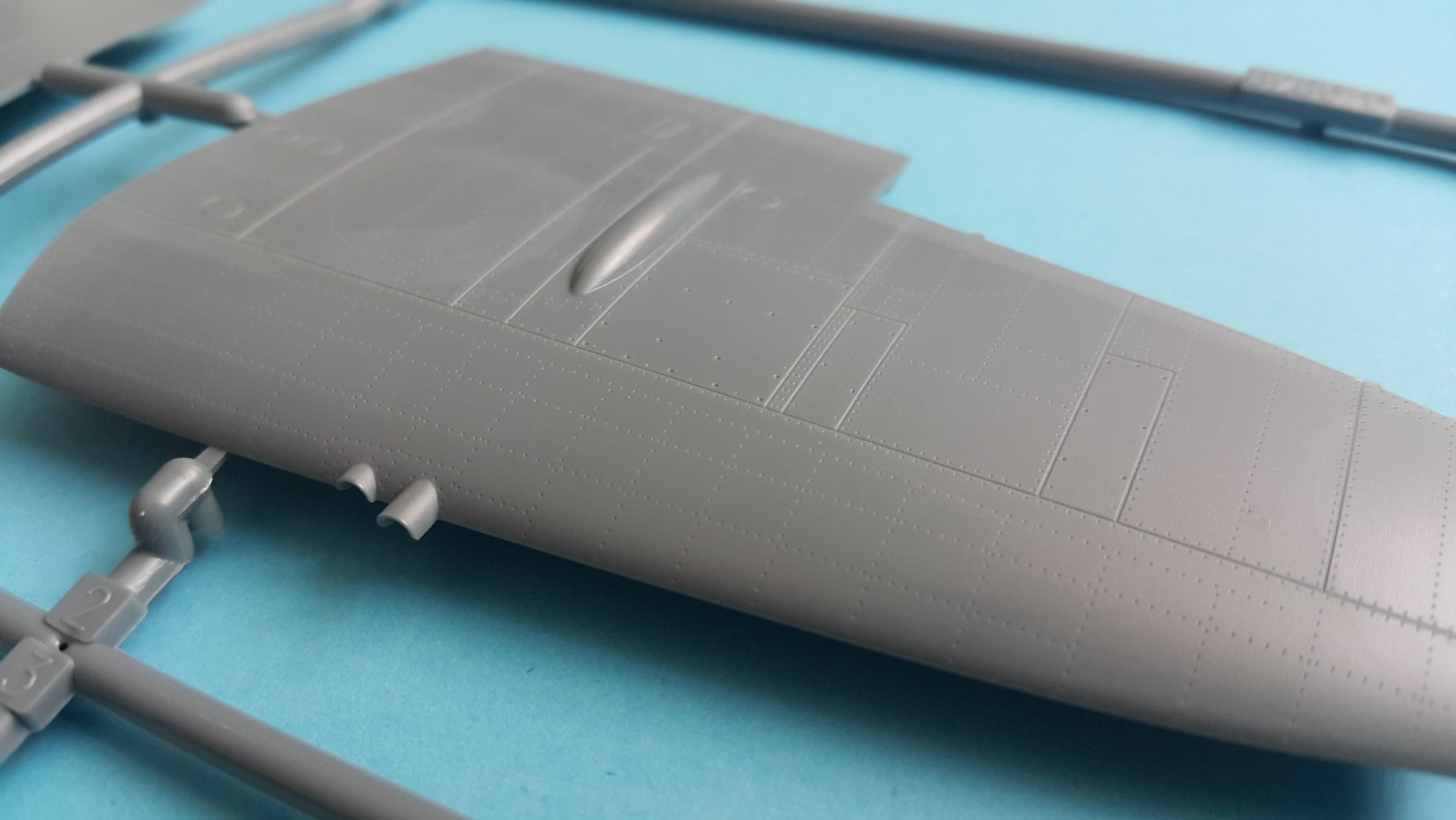 They are two donut-like sprues, made from crystal clear material. I can praise Eduard for the quality all day long about that. The trouble with those is that some pieces are tend to fall off of the sprue and this is due to the delicacy of the moulding.

Despite that, there are no disadvantages concerning those two, only nice things to be said. 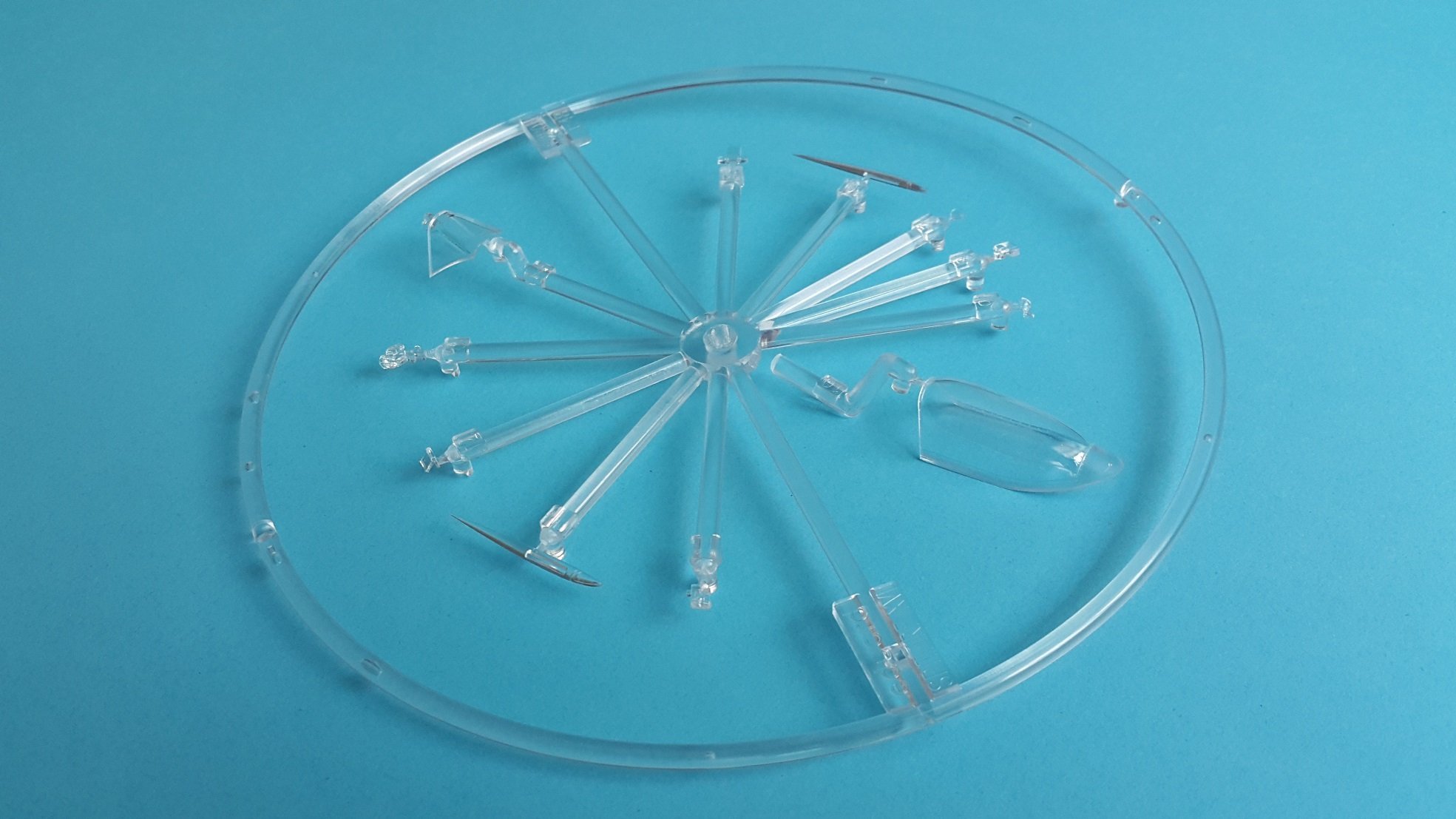 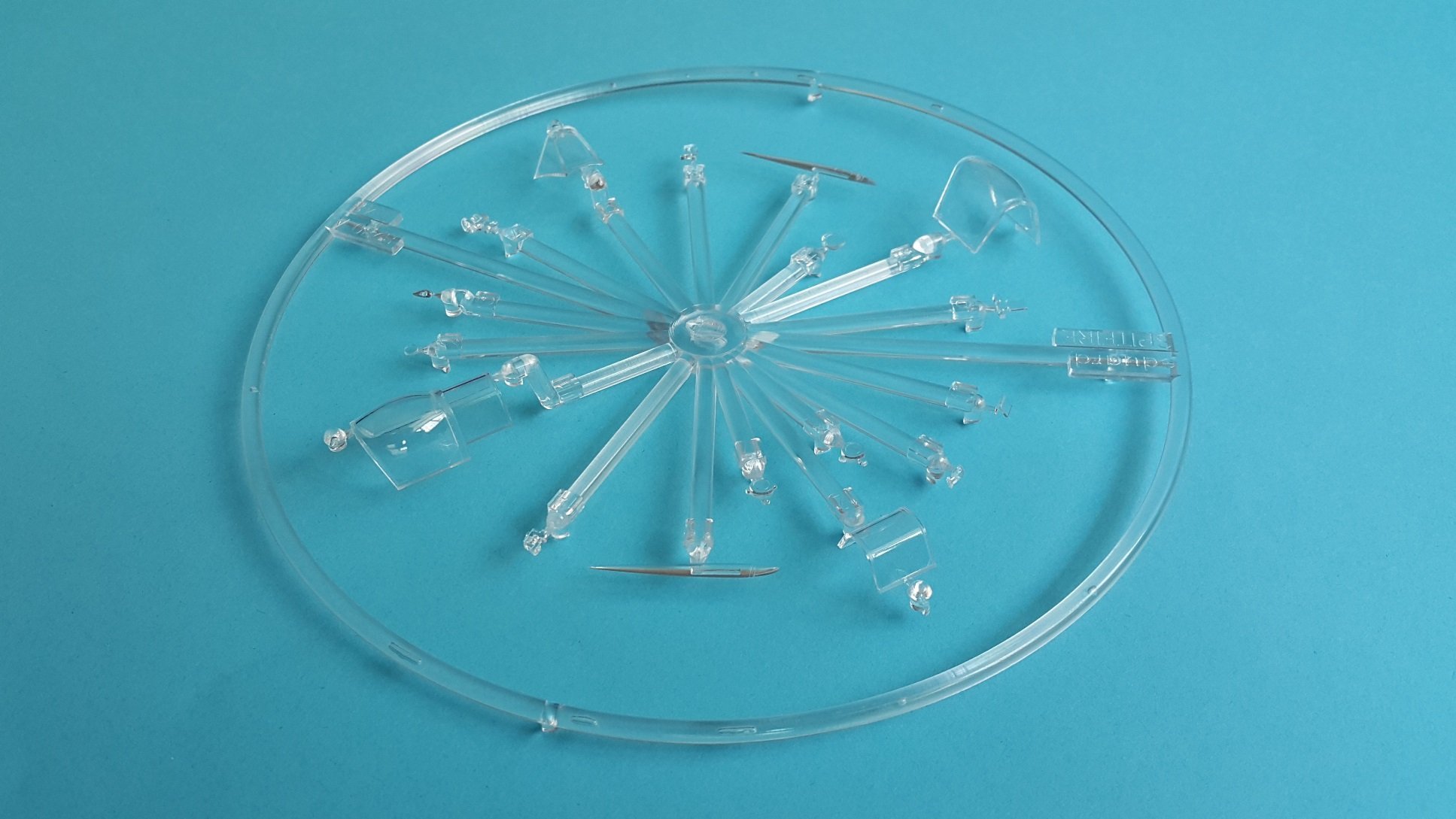 Sheets are three, one is made by Cartograf, the others are made in the Czech Republic. The latter ones are the stencils, which seems to be of very good quality and I do believe that they will be competitive to what Cartograf has to offer. 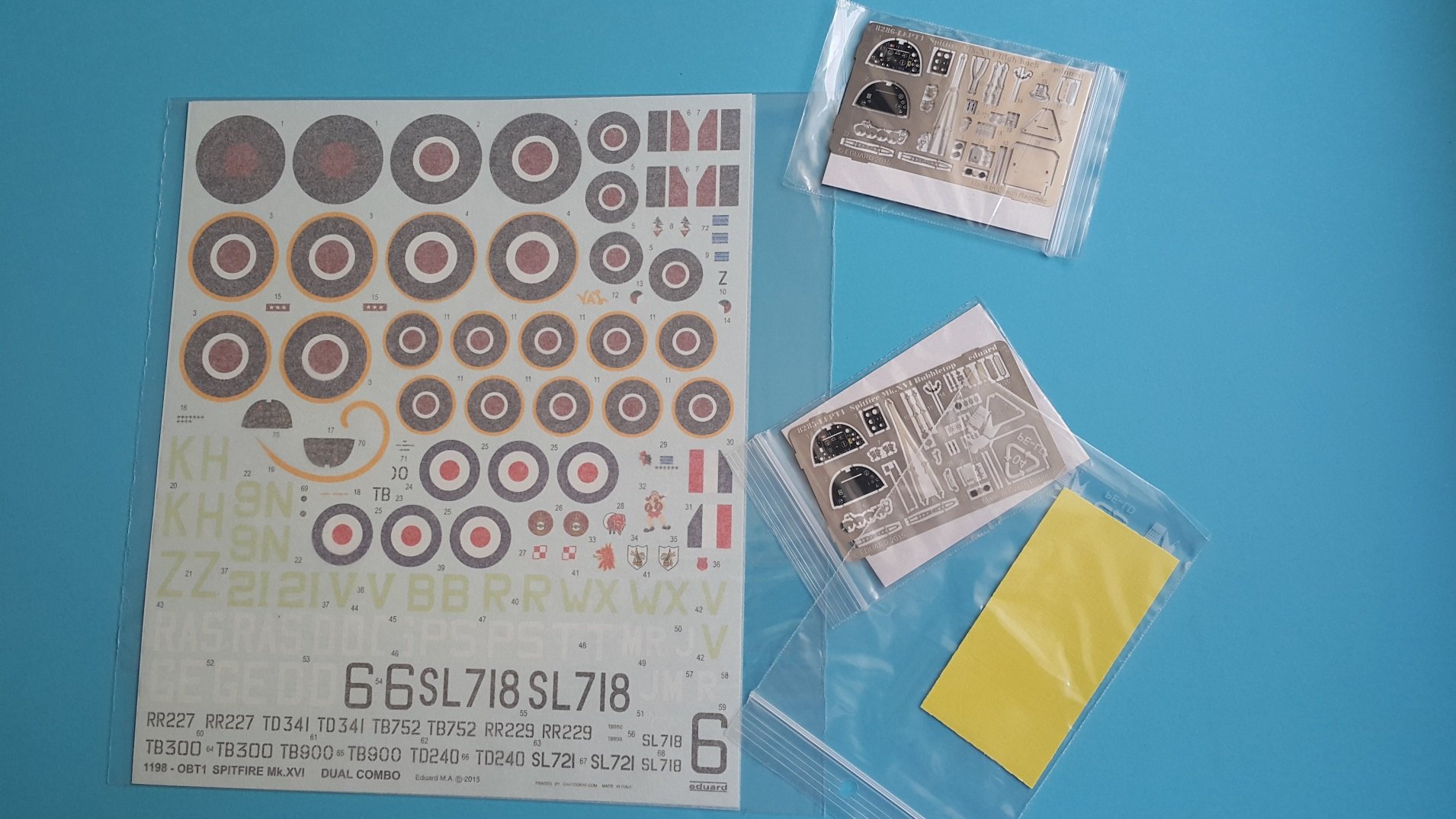 The main sheet is by the well-know Italian decal maker. It features mostly roundels, numbers and letters but also, you can find a dashboard decals for the cockpit, spiral for the spinner and some specific insignia and logos for the specific versions included in the set.

“The Best Spitfire” in any scale is very common discussion. Here, the inevitable comparison with Tamiya’s bubble top has to be addressed. Tamiya Spitfire is state of the art kit. It has fantastic quality, fantastic engineering, fantastic everything, besides the decals. This is the weak link in Tamiya’s production.

Eduard Spitfire has same qualities, with better decals but with smaller scale. So what should it be? 48th of 32nd scale? 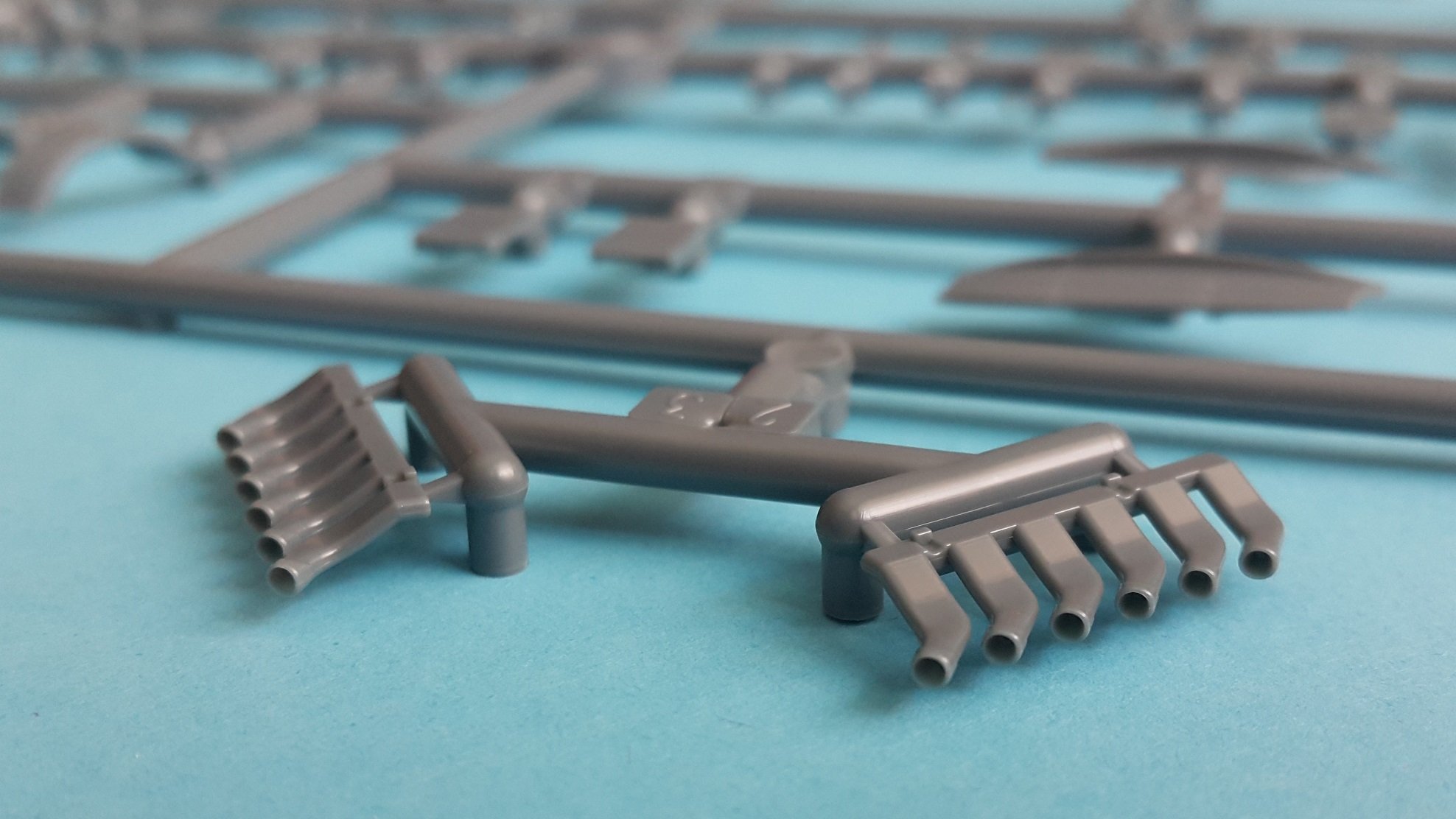 In my opinion bigger is always better, but I have my internal doubts in this particular case. Both Spits are absolutely gorgeous and if you have preference for scale, that will be your “get out of jail” free card. Otherwise, if you are like me, you will be trapped and wondering, which one is better.

Of course it is always the best decision to own them both. However, for the price of the Spitfire from Tamiya, you can load Eduard’s spit with Brassin and BigEd and despite the scale, to have the same level of detailing within the miniature.

So this will remain unanswered I believe. Again, best to have them both. 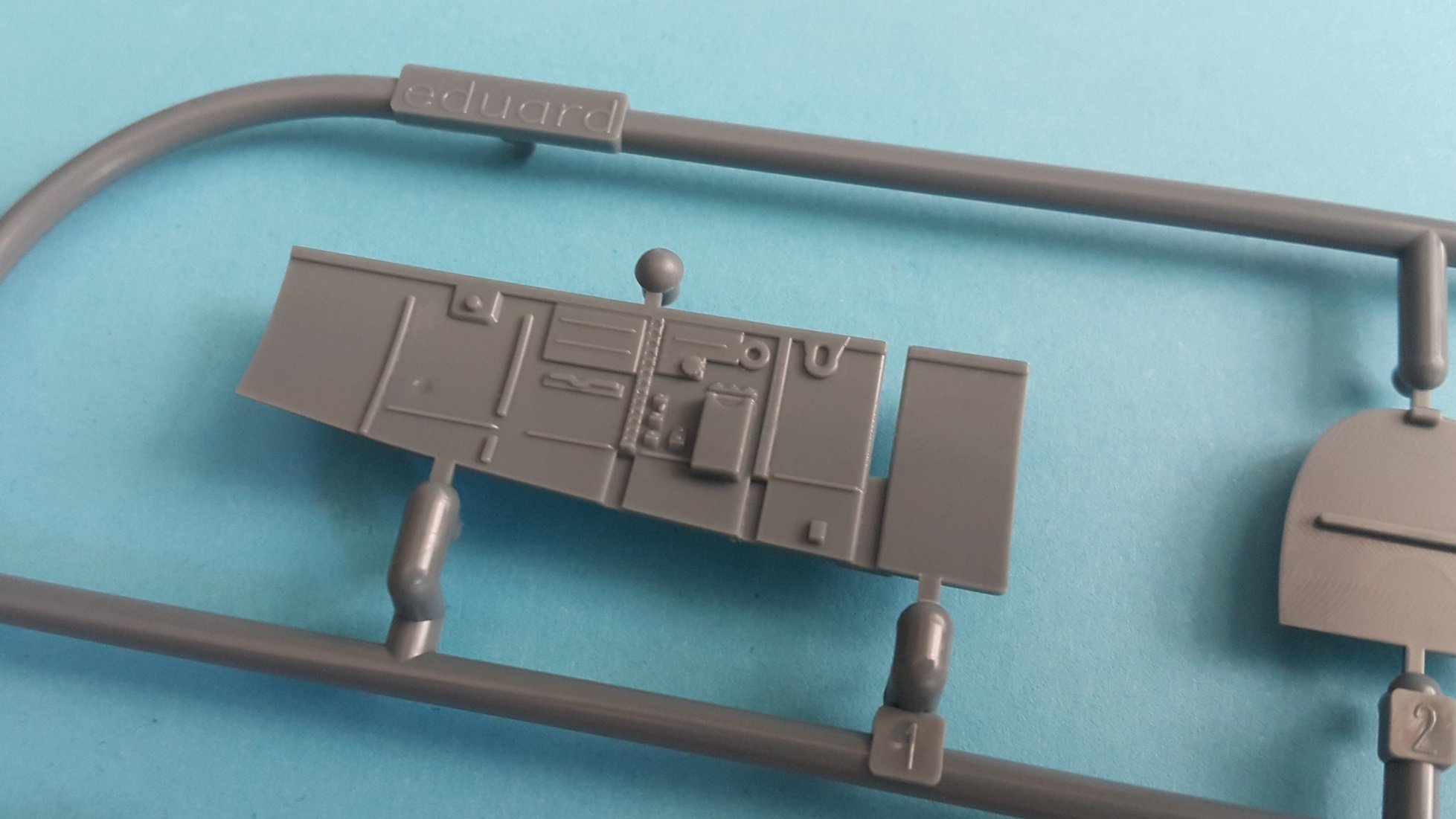 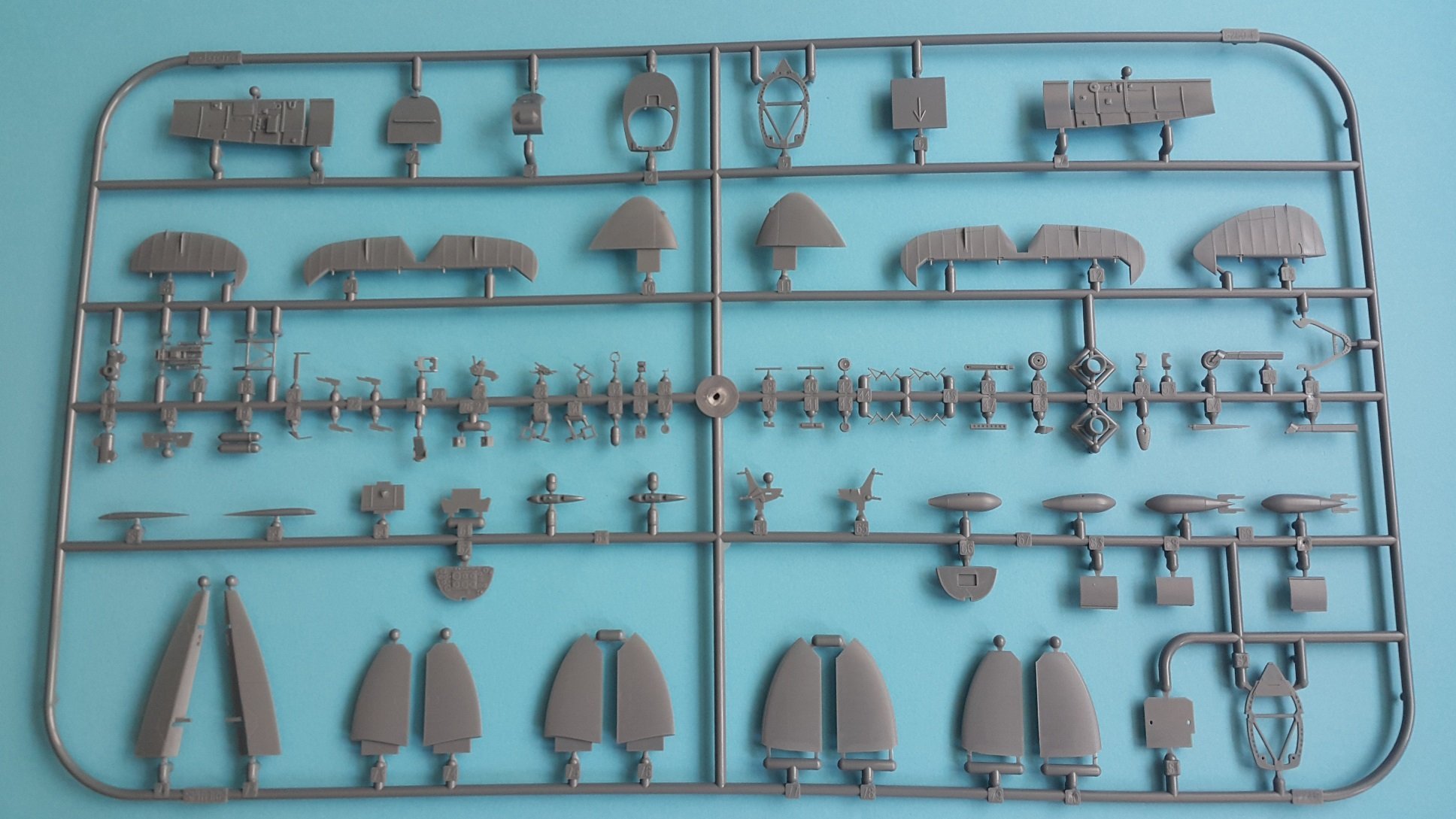 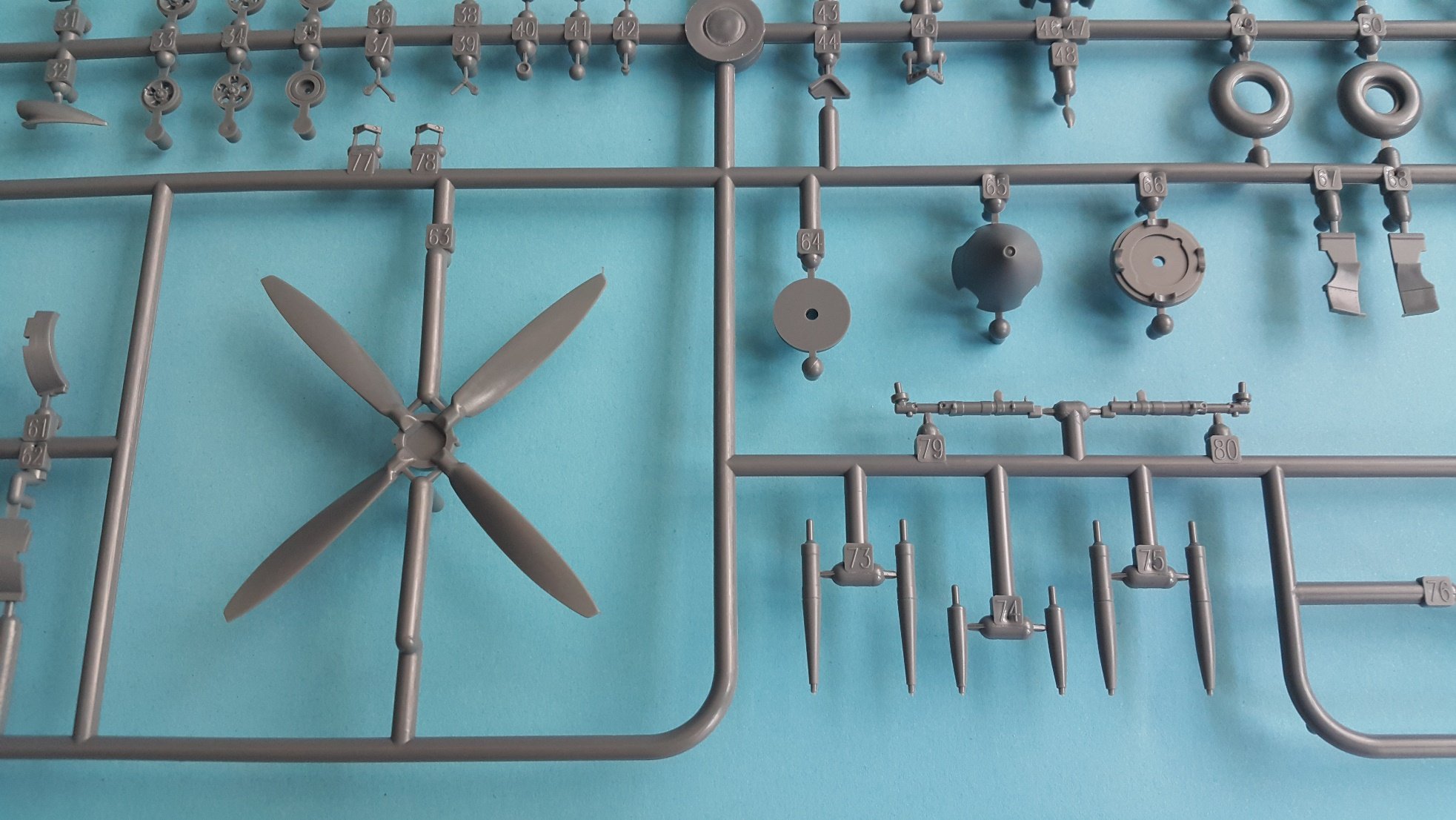 I was in doubt for a long time which Spitfire from Eduard I should get. Do I get the Weekend and turn it into a resin monster, or I get the ProfiPack and go OOTB. Or maybe I should go for the Dual Combo with the Spitfires from Down Under, which are different in appearance in terms of camouflages.

This Dual Combo though serves most of the needs better then those described above. This is due to the fact that you get two distinctive planes, being one and the same variant. With one hit, you are getting the simple and well-known look of the Mk.IX, but there is a trick here. It is Mk.XVI.

Then, you are getting the streamline edition – Bubble top Spitfire – which is looking like a different aircraft and creates a whole new feeling when looked at. The only disadvantage with Mk.XVI is the lack of various camouflage schemes here, which I believe Eduard could’ve done better.

I belive that this kit is very tempting offer to get two in one, not just the standard Dual Combo or Limited Edition. Eduard 1198 give a bit more than those.

Very Highly Recommended, in case you can get your hands on it. It is already a rare piece!