Ukraine Digital camo schemes are astonishing. They were very popular even before the War. However, with Ghost of Kyiv and then the videos showing bravery of the Su-25 pilots striking Russian columns, digital camouflages typical for the Ukrainian Air Force became an absolute hit everywhere. People are enjoying the appearance of course, but are also inspired by them. It is not the camouflage, but the meaning behind it. The digital camouflages are nowadays – an Ukrainian thing. One good example is the Su-27 that was shot down in the very first week of the War in Ukraine, killing the pilot of the jet, who happened to be one of the Ukraine’s finest. Colonel Oleksandr Oksanchenko /AKA Grey Wolf/ was seen performing in a digital painted Su-27 with finesse and grace. Winning Air Show Prizes for that. Not only in Ukraine too. All over the World. And this is what should be remembered. Not the camo. The people who were behind it.

Great Wall Hobby planned to commemorate this particular scheme /available on several single- and dual-seater Flankers/ with a release of a Limited Edition Su-27UB Flanker in Ukrainian colors. The kit #S4817, was intended to be a quarter scale derivative of their Flanker family, bearing the light blue colors in Digital Form, and to be out in 2022. Knowing the quality of the Great Wall Hobby Flanker family /and actually on anything on their range of kits/, this would’ve been a gem for the modelers of modern jets. It seems that this will not be the case though.

If you wonder, why we use “was” so much, the reason is that there are rumors around the web that the Chinese Government will not let this kit be released easily, if at all. Since they are in good relations with the Russians and are in general control-freaks on every level within the country, this might be a serious problem for G.W.H. Now, this isn’t officially confirmed, but neither are the claims that China was forcing apps on the Olympics that allegedly spied on the visitors. And since we cannot be sure of the actual outcome, we can hope that the rumors will NOT be true in this case. We all know it is hard to trust China.

However, with all that said, if this kit does not see the light of day it will be a miss for the modeling World for sure. There are options for painting Flanker digital camo scheme and as a matter of fact, we – at DN Models – are working hard on one currently, but getting it out of the box, would’ve been the best way to commemorate the Ukrainians. 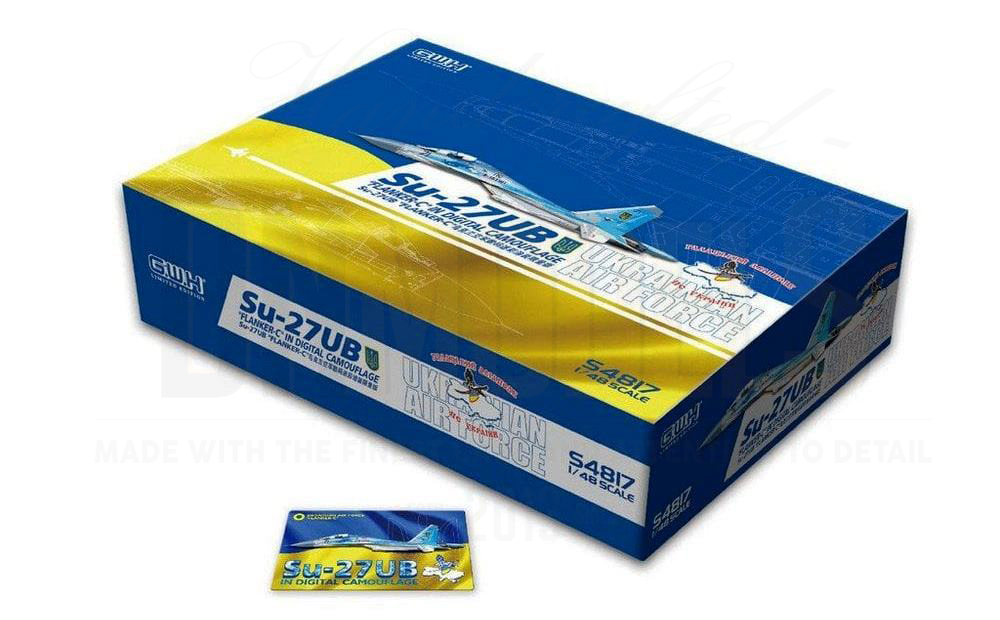 Well, modelers can easily alter their kits nowadays. That is one of the reasons we – DN Models – exist. Many others too. If you are not happy with what’s comes with the box contents, we are here to help. So Ukrainian Digital Su-27 shouldn’t be a problem. At least not for the experienced modeler. But it would’ve been nice to see it like a Limited Edition. Just as a pure product value, it would’ve worth it. And again – hopefully – this will be released at some point.

Because even if it gets released, the best way to approach this is to get two kits – a standard and a Limited Edition. Build the standard as the Limited Edition guides, and keep the LE kit for its value, which in this case will grow with time.

Will Great Wall Hobby release that in the end? Nobody knows yet. We hope so. In either case we are keeping on with the work on DN Models’ Flanker Digital mask set. Even though ours will be designed for the single seater Flanker. But with that said, we would really like to have the G.W.H. Limited Edition out there. It is not about the kit. It is about the idea. Just look at the box! People in Ukraine deserve it.