The F-117A Nighthawk is one of the best stealth aircraft ever and this is primarily due to its unique faceted shapes. That’s exactly what makes it one of the most recognizable among the US aircrafts too. For modelers, it is available in different scales and it can be sourced by a number of kit manufacturers, however, the Trumpeter’s F-117A Nighthawk in 1/32 scale is the best kit among others and now I’ll explain you why. 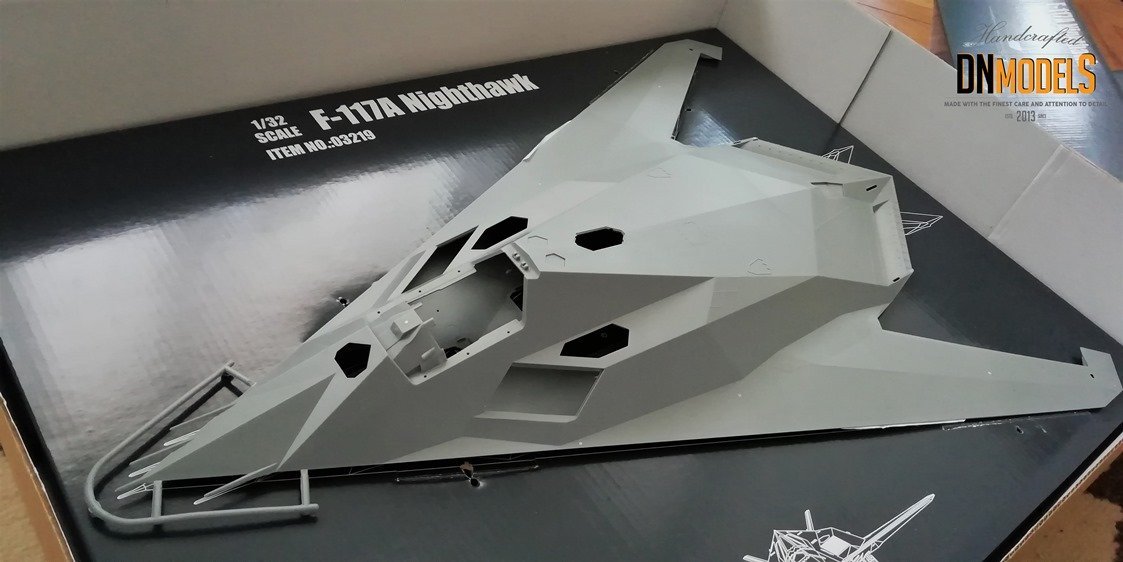 During the unboxing of the kit, it is easy to notice the magnificent packing regarding sturdiness, size, arrangement and safety. The thick cardboard illustrates a flying F-117 at dawn or dusk, and plenty of white spots are visible throughout the glossy box. At first glance I thought that these are scratches or some imperfections on the surface but actually they are tiny little stars everywhere. The box is very beautiful. Inside, we have an even more beautiful sight – the giant fuselage of the F-117 held in place by two huge cardboard pieces. The two huge plastic parts of the fuselage (top and bottom) can’t move at all so it’s safe to say that the packing is perfect. 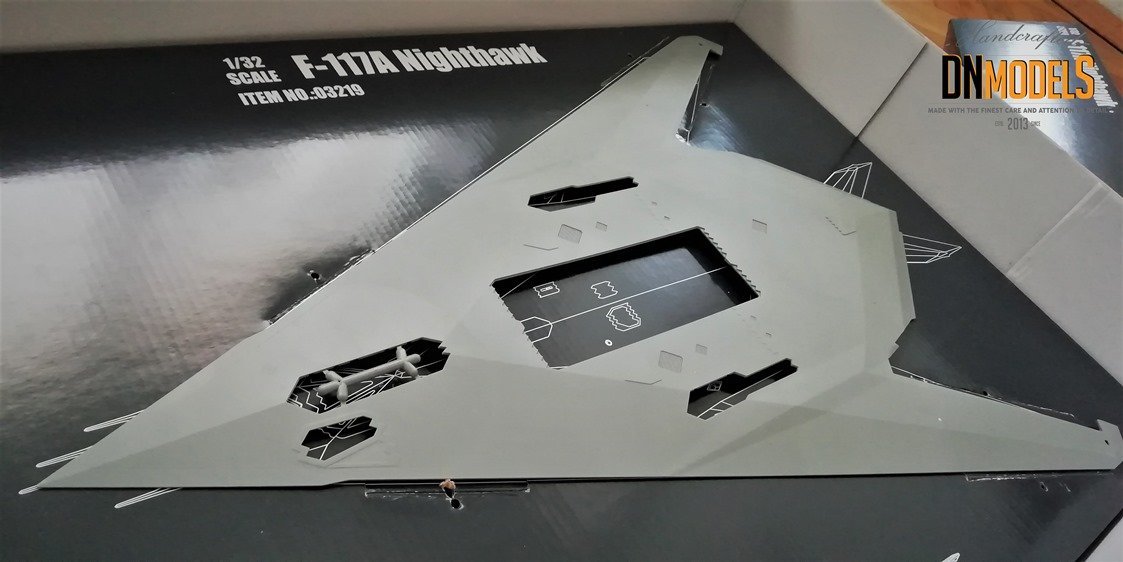 By carefully removing the fuselage parts, we have another beautiful sight reveled in the box – the bags with the plastic sprues and a long brown cardboard tray right in the middle. It is for the “special parts” like the metal landing gear and the crystal-clear canopy. At that moment I was still quite impressed by the boxing of the kit so it took me a couple of minutes to enjoy the gorgeous white drawings of the F-117’s contours on a black background. Then I started to unpack the plastic sprues and the other stuff. Let’s get started from the instructions manual first. 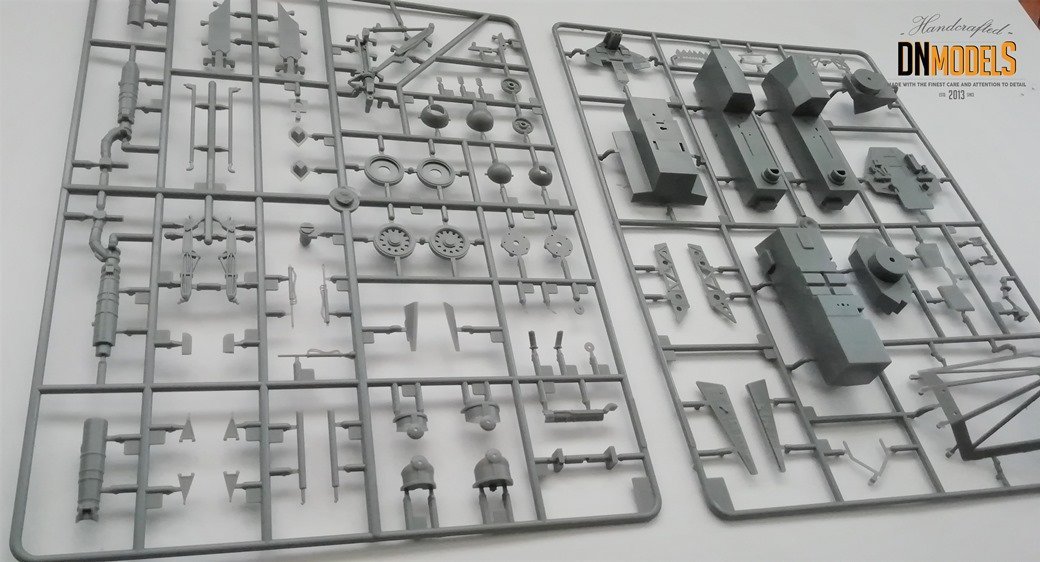 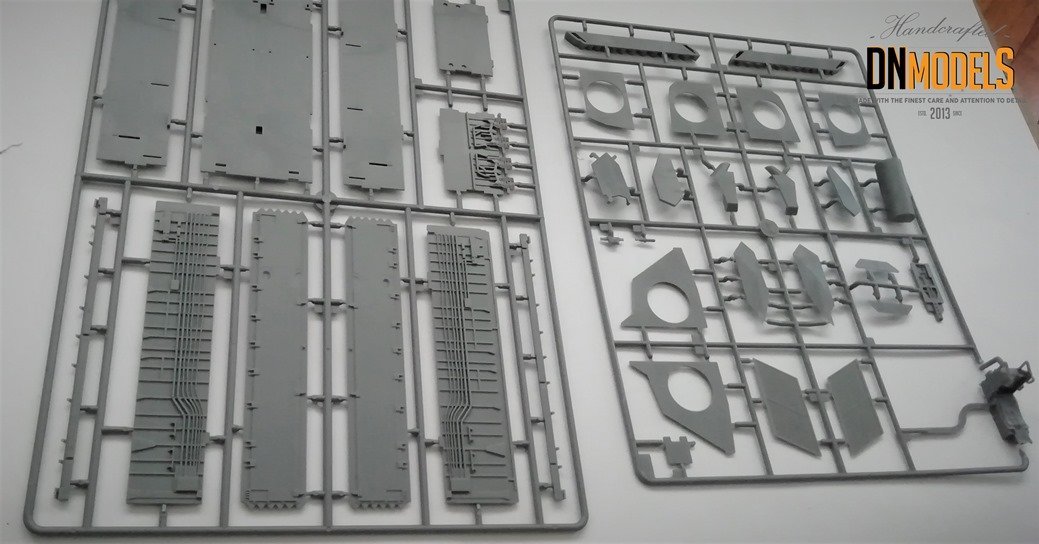 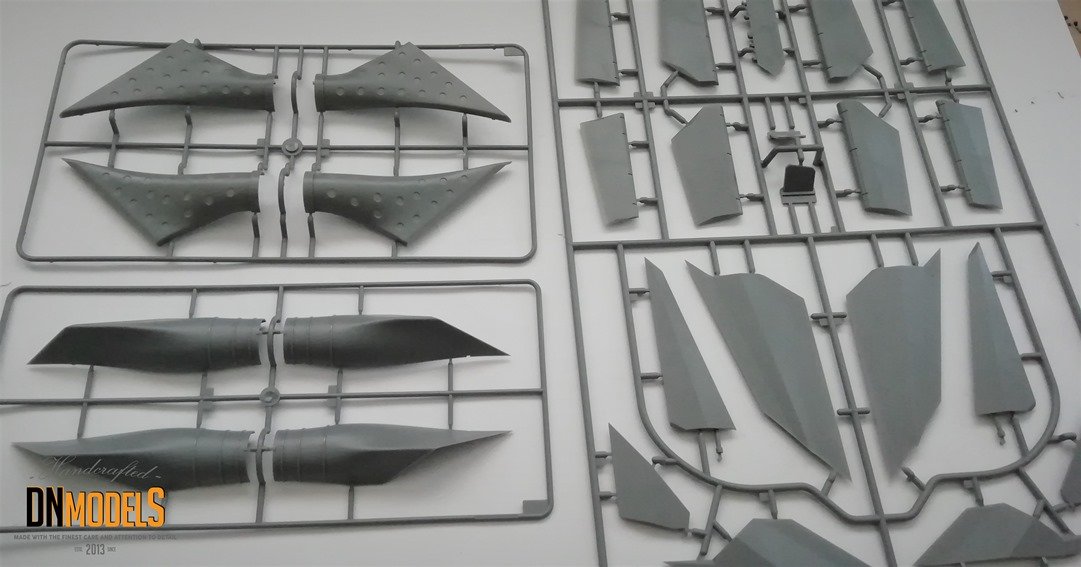 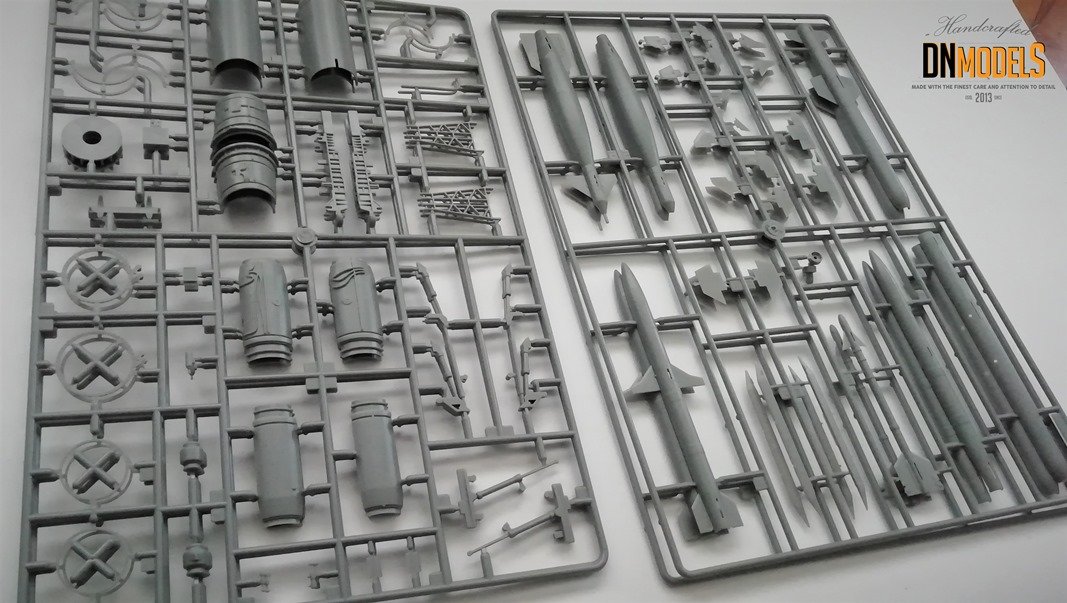 Overall, the greatest highlight of this 1/32 Trumpeter kit is in the detailing and in the additional parts like the PE intake screens and the one-piece metal landing gear. As little disadvantages, I could mention the clear parts for the FLIR and DLIR because the real place does not have any. Also it would be awesome if the two halves of the fuselage were from a bit thicker and sturdier plastic, and if there was a pilot figure included in the kit. It might be designed for a parked display, but that does not excuse the lack of a pilot figure. Nevertheless, you need to get this kit and build it, because it’s the finest one of F-117 in any scale!