Tristar’s kits are no longer out on the market. Although wonderful kits, some of them featuring interior, Tristar’s vehicles didn’t survive the harsh market environment. Nothing to wonder, having in mind that better and better kits are released every week from all the newcomers like Takom, Meng Model, Amusing Hobby and so on. However, HobbyBoss are out there for quite a while, and although not official, we wall assume that they are one with Trumpeter, and they are only second to Tamiya in size. Maybe not for long too. So Hobby Boss came to the rescue, and bought the moldings from Tristar, repacking their kits and releasing them under HB serial numbers, with the same qualities, and almost exact same boxes.

For Tristar fans is not all gone!

Their kits are famous to be very nice, and when they were active /Tristar I mean/, they were considered as one of the best options. Some of the engineering decisions are not embraced warmly but even fiddly, the vehicles were very attractive once finished. Same goes for every kit of their line, and the Brummbar which are we looking at today is no difference from the rule. What we have on the market as Sd.Kfz.166 are Tamiya’s relatively old tooling, Dragon’s two toolings /1994 and 2008/ the second one of which is probably the best kit out there and repacks of those /Cyber Hobby, CMK/. Of course Tristar/Hobby Boss too.

Being a rather unpopular subject, Sd.Kfz.166 Sturmpanzer /or Stupa as popular among the soldiers/ is also not so much represented in plastic. The late version is almost impossible to be found, with early and mid production vehicles available from the manufacturers mentioned above. Tristar’s kit is available in two options – early- and mid- production, with and without interior. Now, repacked by Hobby Boss, the price is in the lower end for 35th scale kit and with the same quality. For the faint hearted, the interior version is not an option. It has many tricky assemblies, which combined with the large PE sheets and the single track lengths will drain your energy. The standard kit /w/out interior/ is acceptable though, even for novice modelers.

It is important to say that the alignment of the turret, which is from many parts /not like DML’s one piece/ might present you a problem, as well as the tracks. And if with the tracks you can get aftermarket as Friuls or any others, turret is not interchangable. So have that in mind.

The kit is molded in yellow plastic, rather stiff and old-school looking. It looks like Academy or some older Hobby Boss kits, rather than new HB or Trumpeter. The photo-etch sheets are the same as with Tristar, so I cannot speculate which company made those, but they are nice for sure. Tracks are from different plastic, dark in color but again – tricky to assemble. They are not that good compared to Magic Tracks but are far better than any vinyl substitute.

More than 900 parts in total, around 50 of which are PE, this is a project that requires time. The accuracy of the Tristar Brummbar has been discussed a lot over the last years and in general the opinion is that it is good enough. The price was a major issue back in a day, but not anymore. My personal opinion of the kit is that Hobby boss eventually should’ve released it in better plastic material, more soft and eventually add a thing or two just so to spice it up a bit. After all, the design is from 2008 and it is guaranteed that the industry has gone a long way since then. 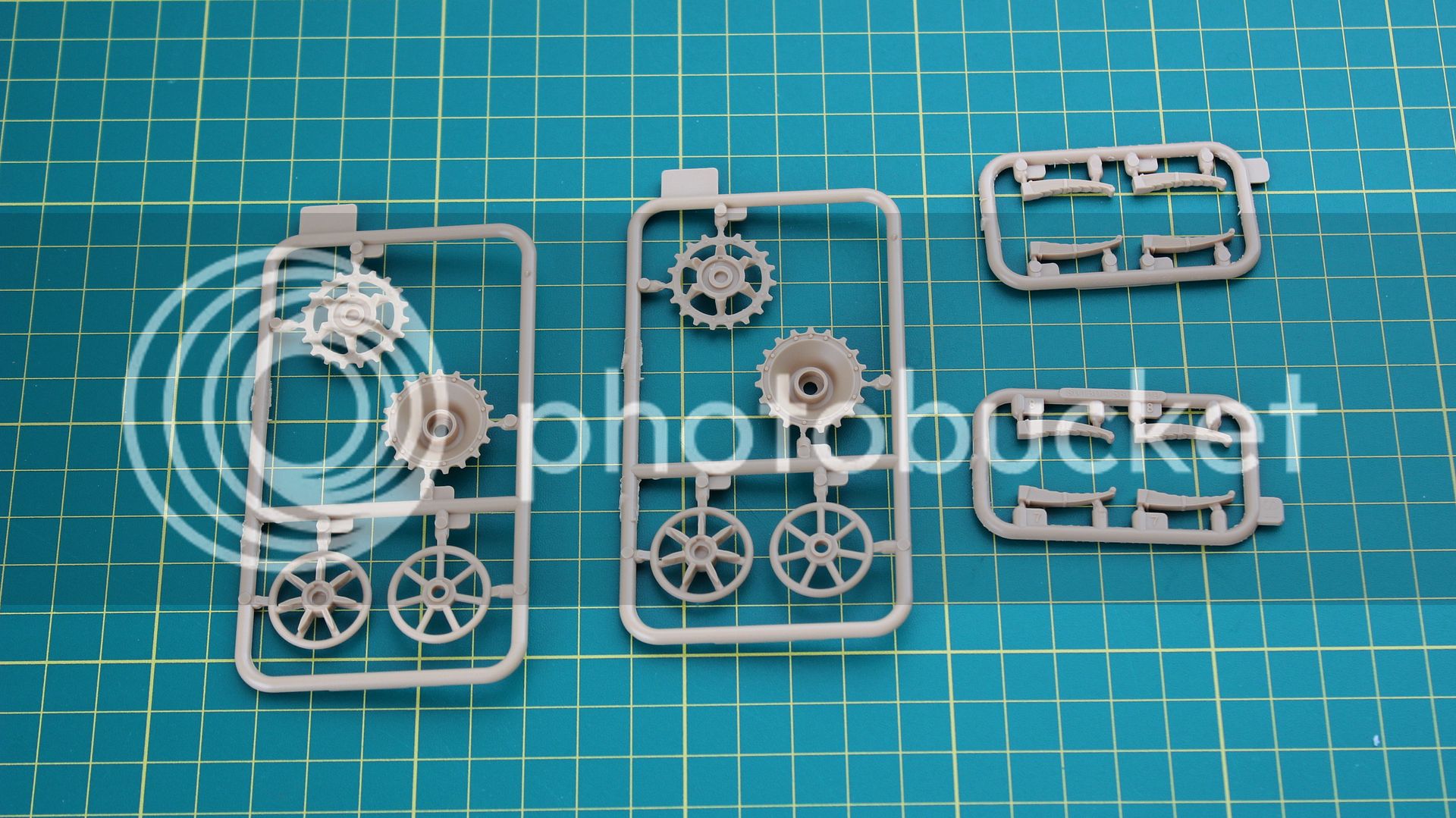 The tracks are something that I would eventually change for metal substitute too. Although nice, with all the shurzen on the sides, mounting plastic /eventually un-modified and hard to move/ tracks might be risky, compared to metal parts which are workable and won’t give you a lot of trouble. In the end, the time spent to build either one of those will be pretty much the same.

Now the million dollar question is: “How this compares to Dragon?”. Well, to be frank, if money are no option, I would get DML or both. Dragon kit is a bit more sophisticated in terms of engineering, and even though some of their kits have inaccuracies, the Tristar/Hobby Boss Stupa lacks the finesse of DML. The turret for example, some of the small assemblies – all those things are a bit overdone with Tristar. Brummbar is a rather brick-like looking vehicle, so overcomplicating it won’t help per se. Also, the tracks of Tristar are inferior. Here I must add, that Dragon’s latest kits as we all know does not include magic tracks, so that beats DML. But if you get an older issue, probably Dragon is the better Brummbar.

Hobby Boss Sd.Kfz. 166 is a really good thing though. The price is halfway to Dragon’s and for what you get in the box it is a deal! The thing that you will require additionally, if you don’t get metal tracks or some other aftermarket stuff like metal gun barrel or anything else, is patience. With enough patience, tracks can be modified to be fully workable, designing them exactly as Friuls. The stiffness of the plastic is not a “real” issue, nor the complication of the assembly.

The camouflages are not so many, since the Brummbar was produced in couple of hundred vehicles only, but with disc camo mask sets /check the DN Models Store link above/ and/or properly weathered vehicle, you will squeeze a lot from this kit. It is true, that I mentioned some let downs above, but overall the kit is great. Is not the best, but it is close. And the price get it even closer. So, if you are a fan, go on and hit it. There is a link just below: