Top Gun Maverick is out. After four years of waiting, we finally have it available. Most of the people loved it, others – not so much. But the fact is, Top Gun sequel features beautiful aircraft and scenes that can take your breath away. Tom Cruise did some serious planning and managed to pull off a movie, that many thought couldn’t be created in the current situation and tendencies in Hollywood. Yet, it happened.

Some time ago, we wrote an article about the expected planes that will show up in the movie. Most of those we didn’t hit. Although some of the initial scripts featured F-35, in the end the Stealth jet was omitted. In its shoes we got to see a Super Hornet, Su-57 Felon and the good ol’ mighty Tomcat. In this article, we’re once again going to focus on the aircraft seen in the movie and the best models out there available to replicate what you saw and maybe enjoyed.

We won’t deal with scale. Instead, we’re going to point out the most attractive, accurate and contemporary toolings that you can use. Unfortunately, that eliminates 72nd scale in this particular case with one sole exception. That doesn’t mean 72nd scale is not available for all the birds in the movie. It is. And they have real good options too. However, once again – we’re gonna deal with the best of the best. Which – we know you can make better: 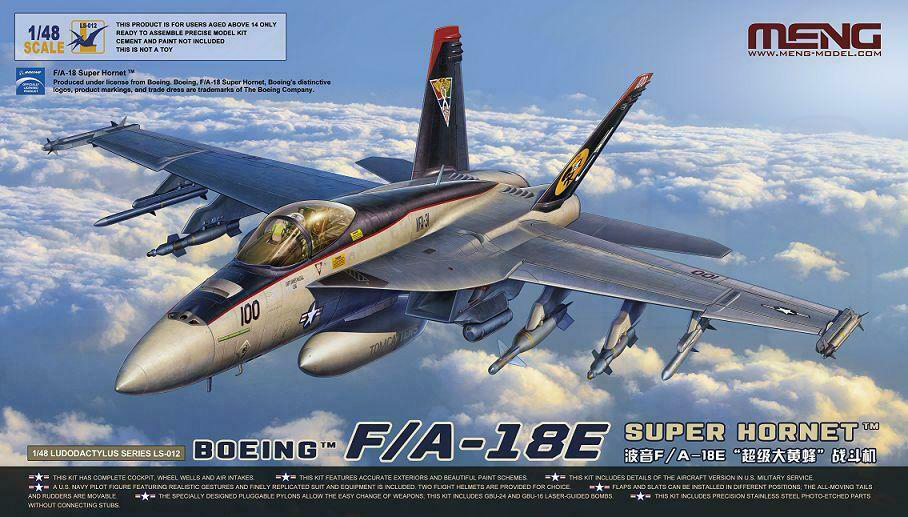 The main star of the movie is F/A-18 Super Hornet in two variations. Single- and dual-seater. Maverick flies the E, while some of the other Top Gunners fly the E or the F. Currently, the best option, although there are many others with decent appearance – is MENG. MENG cleverly released first an E, than an F and lastly – a Growler. Their kits are superb as tooling, fit and design decisions. They can be further improved with resin or photo etch, but even out of the box they’ll do perfectly fine. They are in 48th scale and even though being the king of all scales /as many consider it/, we can still add something else here for larger scale lovers:

Revell’s 32nd scale new tooling. It is not new new, but already couple years old. However, the movie was planned for 2020 release, so it is understandable why Revell beat it up with a little. Their kit is not on the MENG’s level, but is very good and all the reviews available point out to a winner. Two options for the main star of the movie, both being good. There is the old Hasegawa of course, which still holds. But, if you want the best…stick with what we’ve said above. 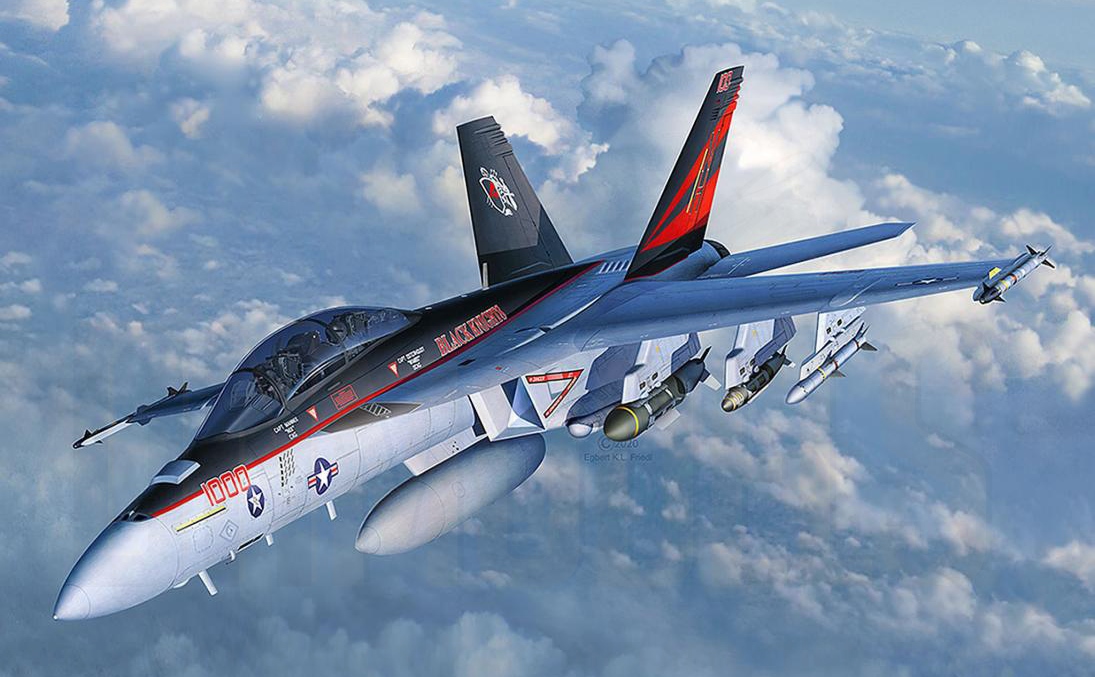 Then the nemesis – the Su-57 Felon. With its splinter camouflage, Russian Stealth fighter takes main role in Top Gun Maverick. Unfortunately – currently not recommended Zvezda – is the company that produces the kit in two options: 1/72 and 1/48. This is the sole 72nd scale we will recommend here as mentioned above. Our focus if we had to pick would be on their 48th scale version though. Even though not the perfect execution – as expected from Zvezda – the Felon can be done only using their tooling. Limiting for sure, but it is the current reality. 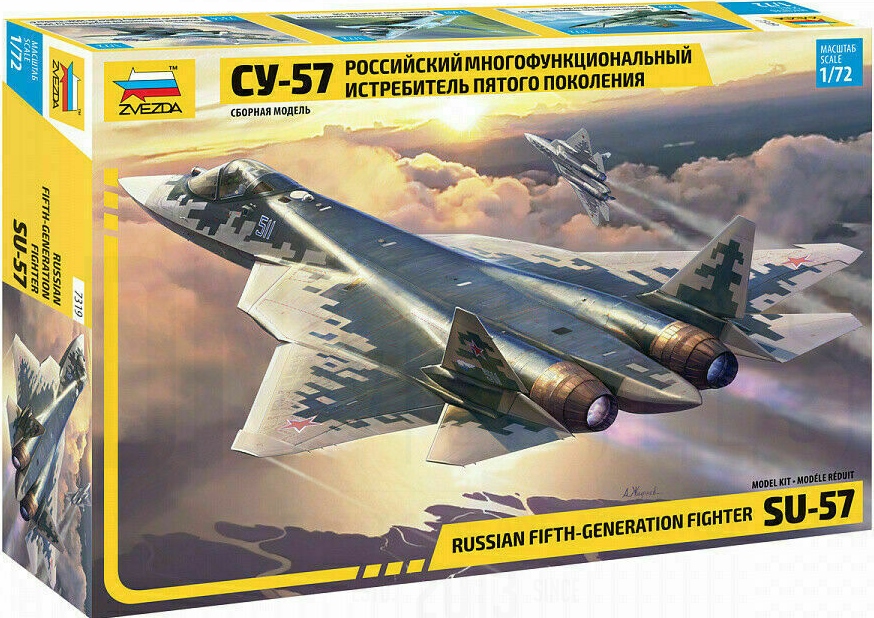 Then the other – short-lived enemy – the Mi-24. The Hind was CGI in the movie, seen for only seconds and in non-existing splinter camo scheme. On top of it, with two chin-mounted guns, which is not the case in real life. Kind of a miss if you ask us. However, Zvezda and Trumpeter have wonderful toolings of that legendary attack helicopter in quarter scale. And while Zvezda’s range is quite wide and Trumpeter offer only D variant for the moment, both considerations are very promising. How will you replicate the double gun is up to your fantasy, but the camo scheme – we might help with in the near future. With that said, we have something even better to offer here, if you are Hind afficionado. 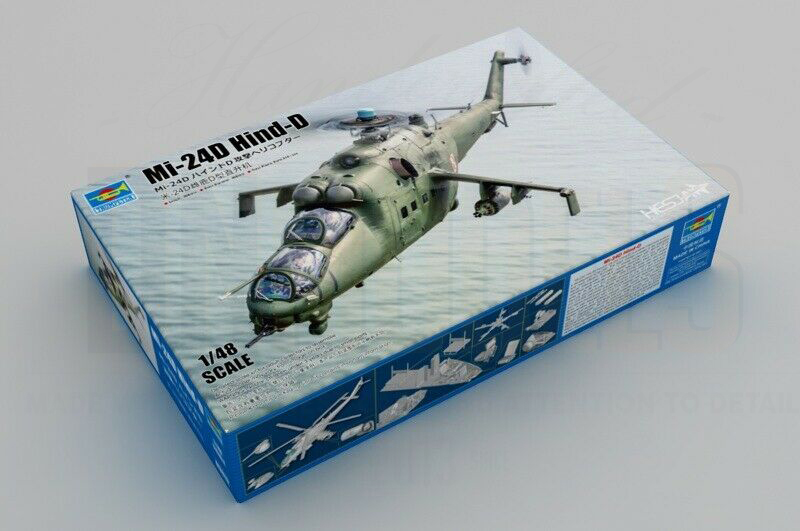 The mighty Tomcat: in the movie there is an F-14A seen mostly for nostalgic reasons. Since AMK and Tamiya are considered the very best, but only Tamiya offers A-model as of now, we have no choice but to recommend latter one for the real fans. 48th scale Tomcat in all its glory can be done using Tamiya’s brilliant tooling which is great pleasure ride to be built. But maybe we’ll get to see it in new 32nd and/or AMK’s 48th scale option. Future will tell. With that said, we can add that we have it in 32nd too, but it is not as good as Japanese option seen below. And we are talking only about the best here. 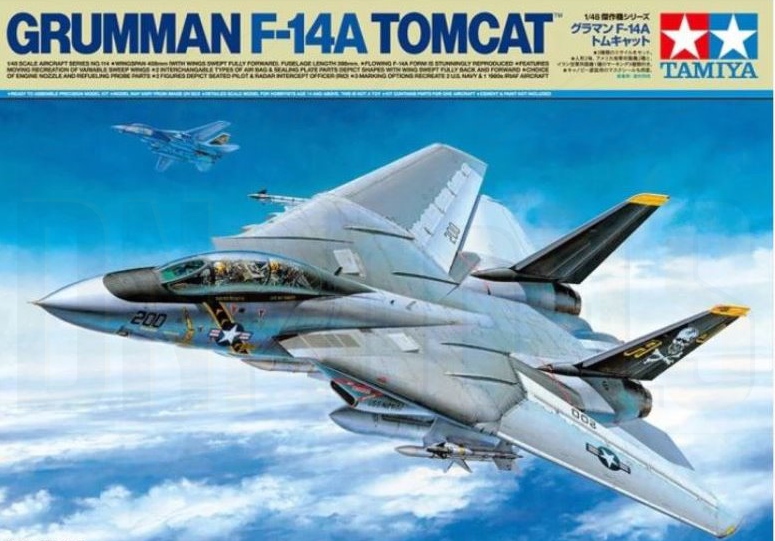 Finally, the hidden gem in the movie – being the Cruise personal P-51D. Here, we’re jumping directly to 32nd scale. That is Tamiya’s absolutely stunning kit that has no competition on the market. There are Zoukei-Mura /doable as a partially stripped model/ and Revell which deserves consideration mostly due to its price. However, if you want perfection, Tamiya’s the way. The only way if you ask us. The better option would be to borrow Tom’s bird for a spin. 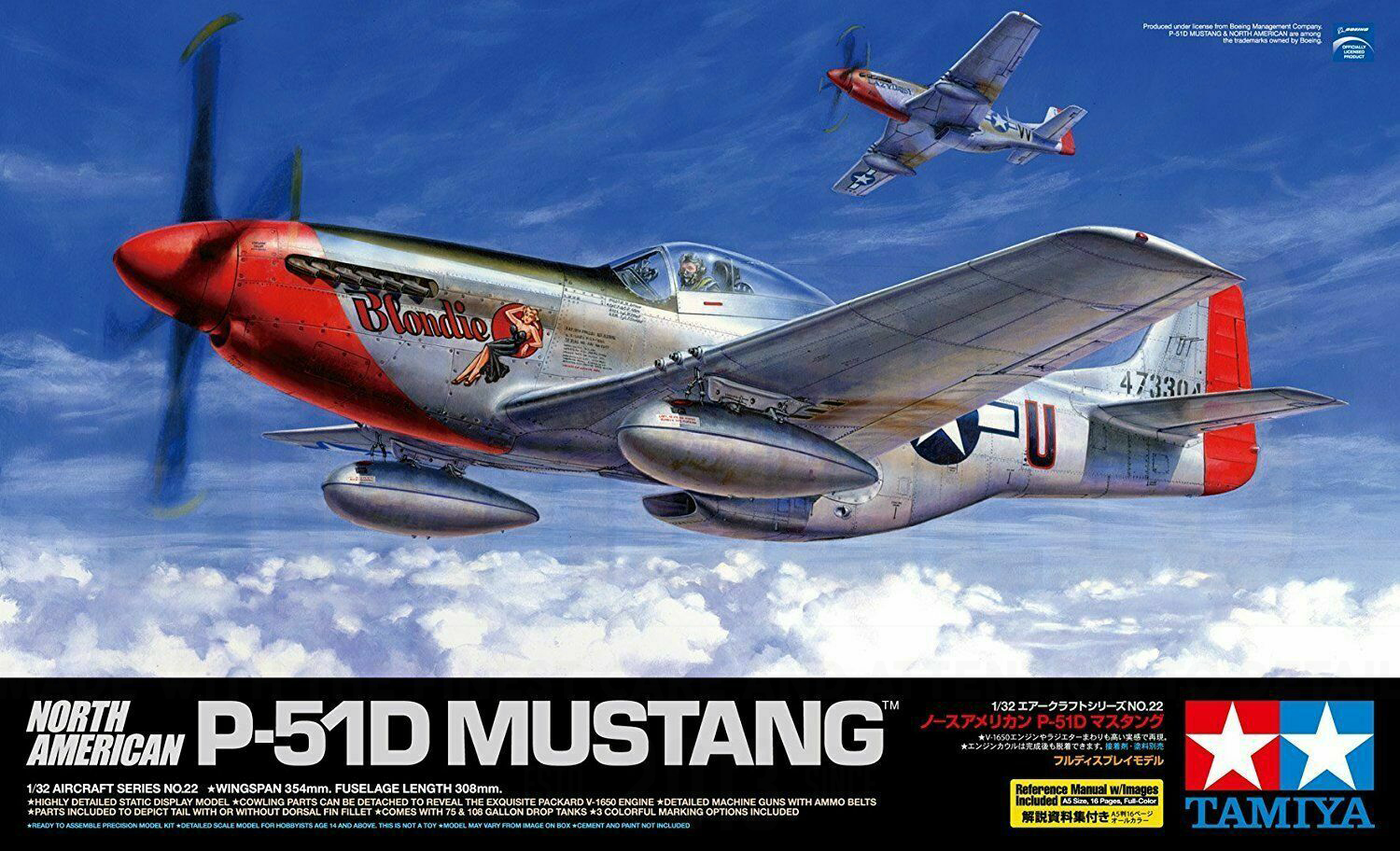 If you want to model Top Gun Maverick planes and helicopter – this is what we think you should use to be among the best of the best. We know you – visiting this site – are already experienced modeler and you again – can make these kits better. Aftermarket is all over, testing the boundaries of skill and imagination. Now you have summarization of what you can use and can jump to the bench right away. As for Top Gun: If you still haven’t – go watch the movie. It will inspire you for more modeling. That is certain. And if you’ve seen too much of “the best” in this article, well no wonder: