Tiger I is arguably the most famous tank of the World War II and for some – the most famous tank ever. Tiger I is a powerful machine, worked from the deserts of Africa to the colds of Eastern Front and proven to be a formidable weapon. That is the reason why many companies release this kit and compete with each other which one will be more accurate, more detailed and featuring more parts.

Last couple of years we witnessed Tiger Is with full interior, complex builds, with and without Zimmerit and so on. For the stuff that is missing from the kits there is a ton of aftermarket available and even with that companies are still interested in that beast. 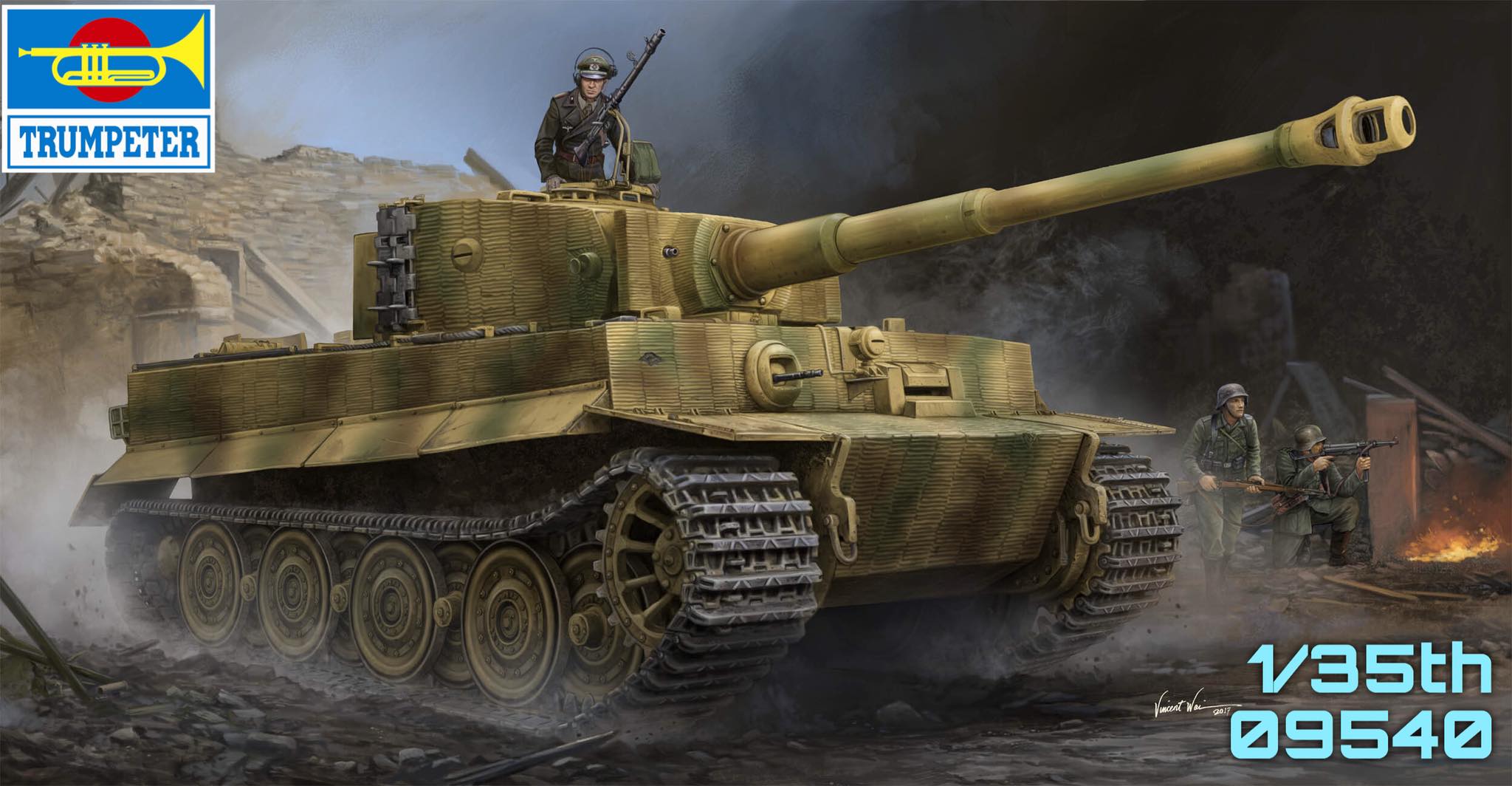 Trumpeter are not famous for their accuracy per se. So Tiger I is a challenge for them on almost every level. However, Trumpeter are a company that works and evolves constantly and for the last 15 years of me following their production, they sometimes left me amazed of what they are capable of.

Just couple of days before Telford Scale Model event, Trumpeter announced two Tiger I’s both based on a new tooling. We know that Panther is in the works and not only from them but Meng and Takom too, so that came as a surprise. A clever move too. 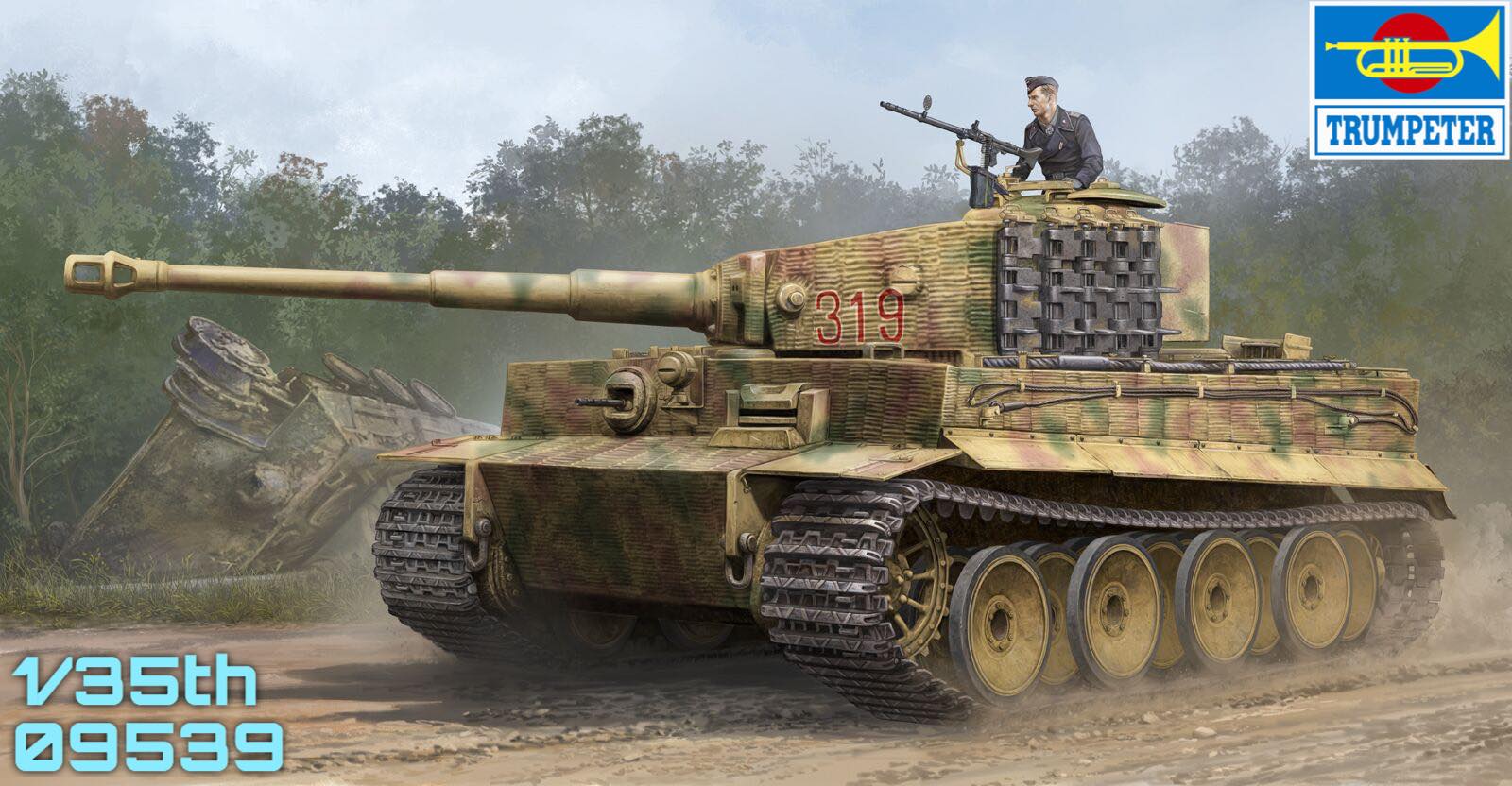 Trumpeter gave us the boxart and the item numbers too: Trumpeter 09539 and 09540. Both of them feature Zimmerit coating on the boxart but it is still unclear what exactly will be included in the box. Considering their last releases, like MT-LBs, BTMs and large ballistic missiles, I can expect a lot from those sets here. Trumpeter are improving by the minute and let us not forget that those two Tiger I’s come at a very difficult and competitive times.

However, knowing their overall level I have my doubts that aftermarket will be absolutely necessary to complete the Tiger in acceptable fashion. Which is not bad actually. Even perfect kits are being upgraded more often than not, simply because some aftermarket is slightly better or even because it looks more attractive before priming. So if Trumpeter gives us decent in accuracy and detailing Tiger, I believe we will have a winner. Let’s not forget too, that World of Tanks fans are playing this beast and most of them want one in their collection, on the shelf right next to the WOT Gameplay DVDs. So Trumpeter did a great thing releasing that. It might not be the perfect example of Tiger I in 35th scale, but it will be simpler than Dragon and after all, the hope that the new tooling will be better is still here.