The Sound of Silence is a 1964 song performed by Simon and Garfunkel, which was featured in the famous movie The Graduate starring Dustin Hoffman in 1967. It is a milestone in the music industry, and remakes are being made up until this day. It is a sad-ish, melancholic song, which usually drives up the image of young Hoffman driving his Alfa Romeo in the movie.

These were the saddest times in the Vietnam war as well. Too many casualties from both sides, too much sorrow and desperation. Probably due to these reasons described above, Eduard decided to put out a dual set of MiG-21PFM and an A-4E, describing the period and the feeling that it brought. Very clever decision from the Czech company. They had a Phantom to show for, but in reality, second generation MiG-21 wasn’t a matching platform to the Smokey Joe. The PFM was rather hunter for slower and more not-so-agile aircraft invading its airspace. So Eduard combined the PFM with A-4E. They combined Hasegawa with Eduard and provided probably the best Dual Combo released so far. 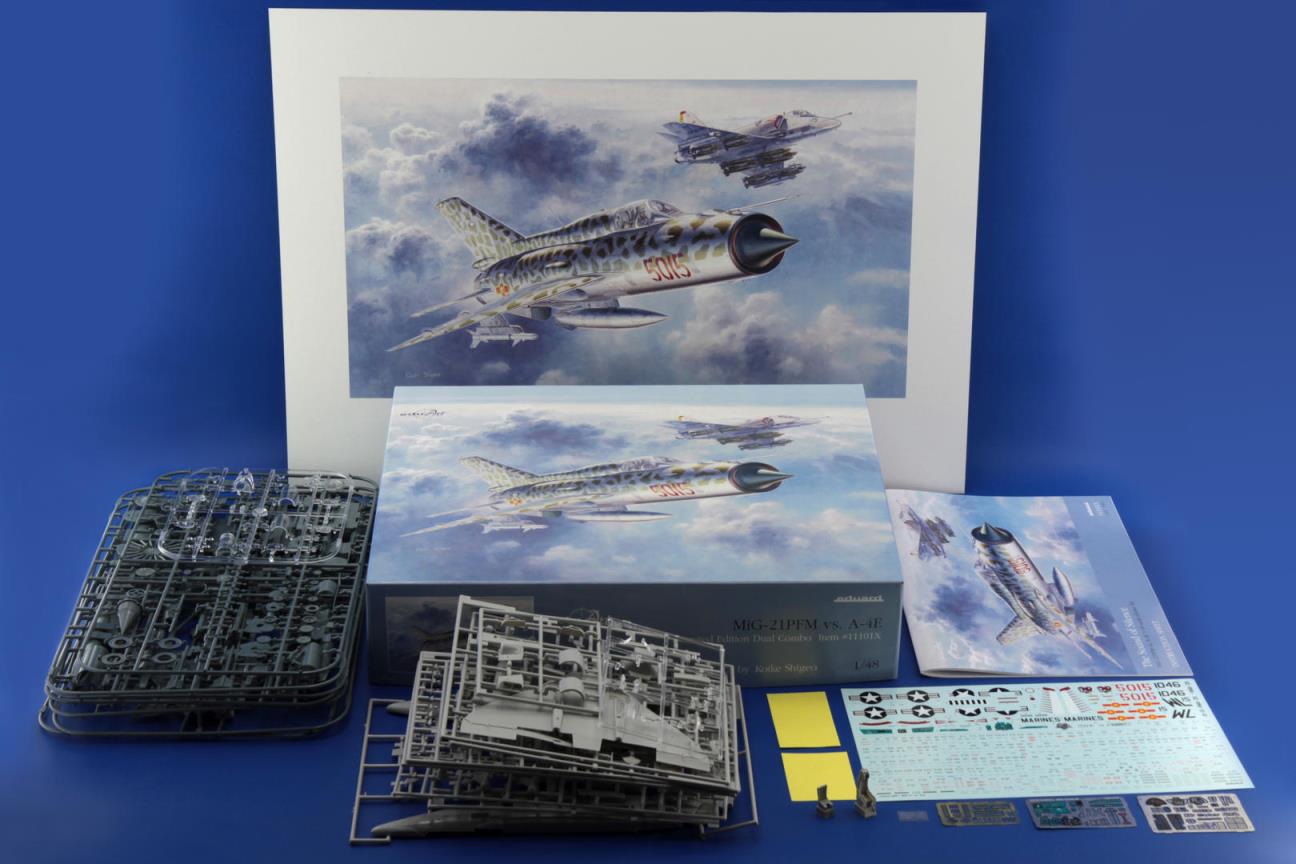 Hasegawa kit is old, but it is still the best available. Czechs spiced it up with resin and photo-etch, just like in their Scooters Limited Edition set. Additionally, they used their famous -21 platform, already spiced up, and boxed it with the A-4E.

I was considering getting another MiG-21 from the second generation options, and PFM was the most likely winner. And in the same time I wanted an A-4, but I wanted an Aggressor set. I believe Eduard will release one someday. Anyhow, this morning I woke up, checked scalemates.com for the news and I froze. It might not be something new, overly attractive, limited or even rare. But it was all that I was looking for. Even in my dreams such a dual set didn’t existed, and now Eduard are hitting the market with it. What a surprise eh!?!

We all know the qualities of both kits, they have been reviewed all around the web for years already. Now, we get them both in one box. And not just both, but both as superkits, with everything needed to complete them perfectly without any additional purchases.

Thank you Eduard, I hope you will make more such sets in the future!!