F-4B in 1/48 !?!? That was probably the boldest move ever, on behalf of the Tamiya – the most famous Japanese model maker. This is promised to appear in early 2021 and it comes as a huge surprise. The reason is not the subject, nor the scale, but the fact that this legendary aircraft is already covered. And by covered, you don’t need to read – “yeah, there is a kit out there”. There are plenty. In that same scale. All of them – with very good quality.

There is the long-running Hasegawa, which – although 20+ years old – is still very good representation. And it is available in tons of variations. But there is also less-than-a-decade-old Academy, which is considered brilliant by many means. And they have covered the B variant from the get go. Multi-colored plastic, different releases, beyond decent pricing and all that. But that is not all. Oh no. There is the one and only Zoukei-Mura representation of J, S, E and EJ, again in quarter scale, and they are considered to be state of the art productions. Reasons for that are many, but mostly – Zoukei-Mura are a level above everybody in terms of finesse and detailing, thickness /or the lack of there of/ and precision. Plus the fact that they will most likely continue with other variants soon. 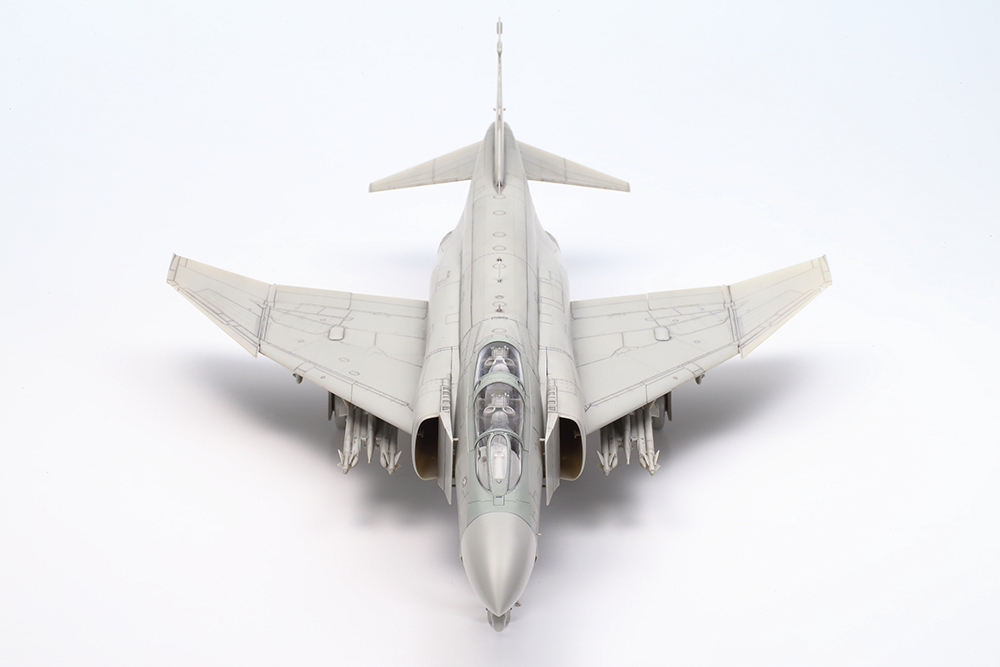 That leads to the conclusion that Tamiya, being the dominant F-4 producer in 32nd scale might want to keep their reign there, but no. They decided to hit hard and try to swim with the sharks as bold as they could. But why? How?

Well, one of the reasons is the fact that Japan recently retired their F-4s after decades of service and it is only logical, that the most popular model maker in the World would commemorate their longest serving airplane so far. Even starting with different version. Another reason is the fact that Zoukei-Mura is not available everywhere, but in the same time Academy are not loved by everybody, because they have very high-quality models, but they have couple of let-downs as well. And Hasegawa, well, that is only getting older.

In terms of research and accuracy – Tamiya are relentless. They are always spot on. Same goes for the fit. Both those are key ingredients in terms of successful scale model. The pleasure that you experience building Tamiya cannot be substituted by any other model maker. Fit as well. And with that comes an army of devoted fans, that would prefer Tamiya, just because it is Tamiya and they swear by them. With all that in mind, 2021 comes with Tamiya #61121 – F-4B 1/48 Phantom II. 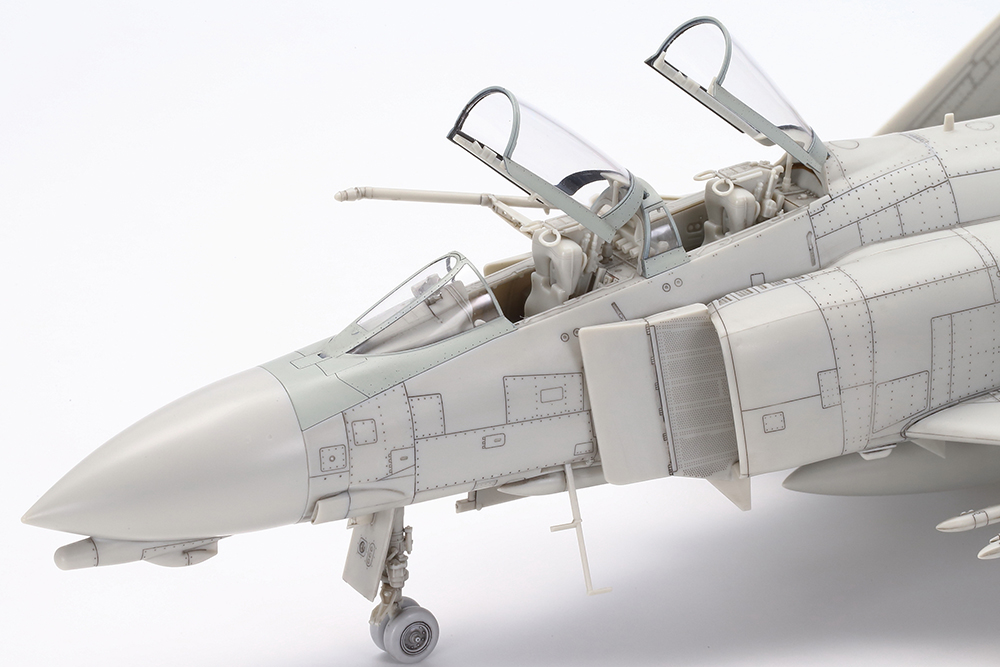 Tamiya released only couple of renders, but they reveal a lot. Retractable refueling probe, folding wings, some armament and superb riveting are among those. Probably more features will be revealed when we get to see the box contents and there is no doubt about their qualities too. With that said, it is only logical to expect to see areas that requires improvement, like for example – the nozzles that Zoukei-Mura gave us with their kits. But is highly unlikely that Tamiya F-4B will need serious investment to be turned into a quarter scale miracle. Most likely, everything will be there OOTB and many customers will wait for Tamiya or will exchange their existing kits for the latest release. 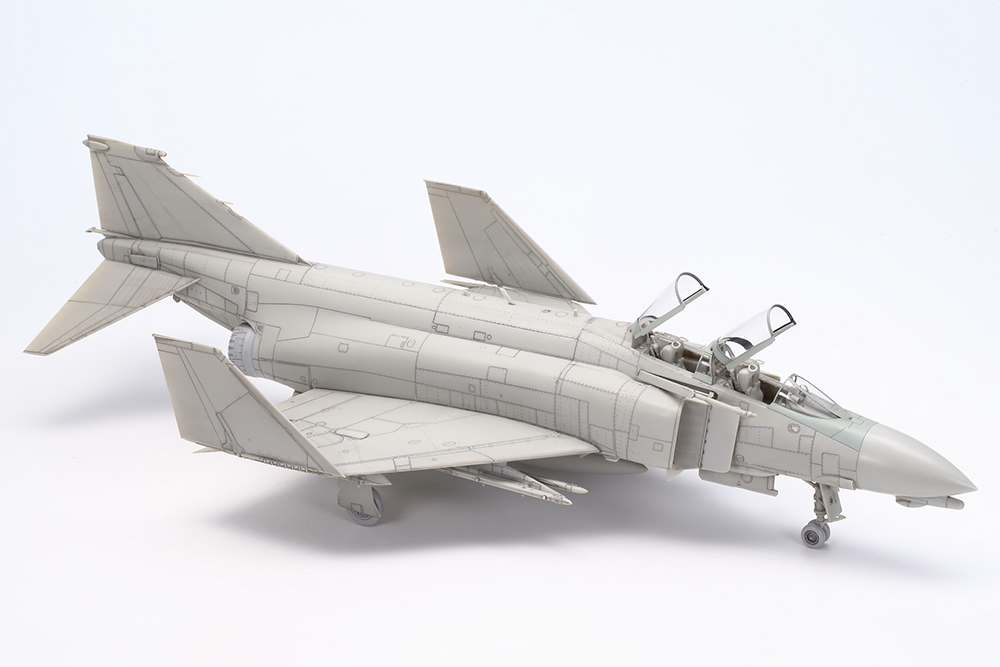 Another question is – are the sales gonna be sufficient for Tamiya, considering the market and the fact that probably there are thousands of stashed Phantoms in modelers’ storages. In that same scale. But there is a little doubt that the humongous model maker made their research carefully and they know what they are doing. And most likely, there is a plan for an upcoming long-line of Phantoms ahead, that will be second to none and the losers will not be Tamiya, but everybody else that dared to step on the Phantom arena. Still, if we can hit them with a question or two, it would be – “Why not F-4E variant, when 2020 was its last year in Japan and it still flies in Korea, Turkey, Greece and Iran?”. Or – “Tamiya new tool F-4? Why now, in 2021, but not sooner?!?”