M3 is an American tank from the WWII which was quickly forgotten by the masses after the Sherman appearance. This was due to the fact that it wasn’t that successful design and its overall look was a bit odd. There were two different names for that tank – one for the US version and one for the British one. The US version was called “Lee” and the British one – “Grant”, both named after famous US generals from the Civil War. 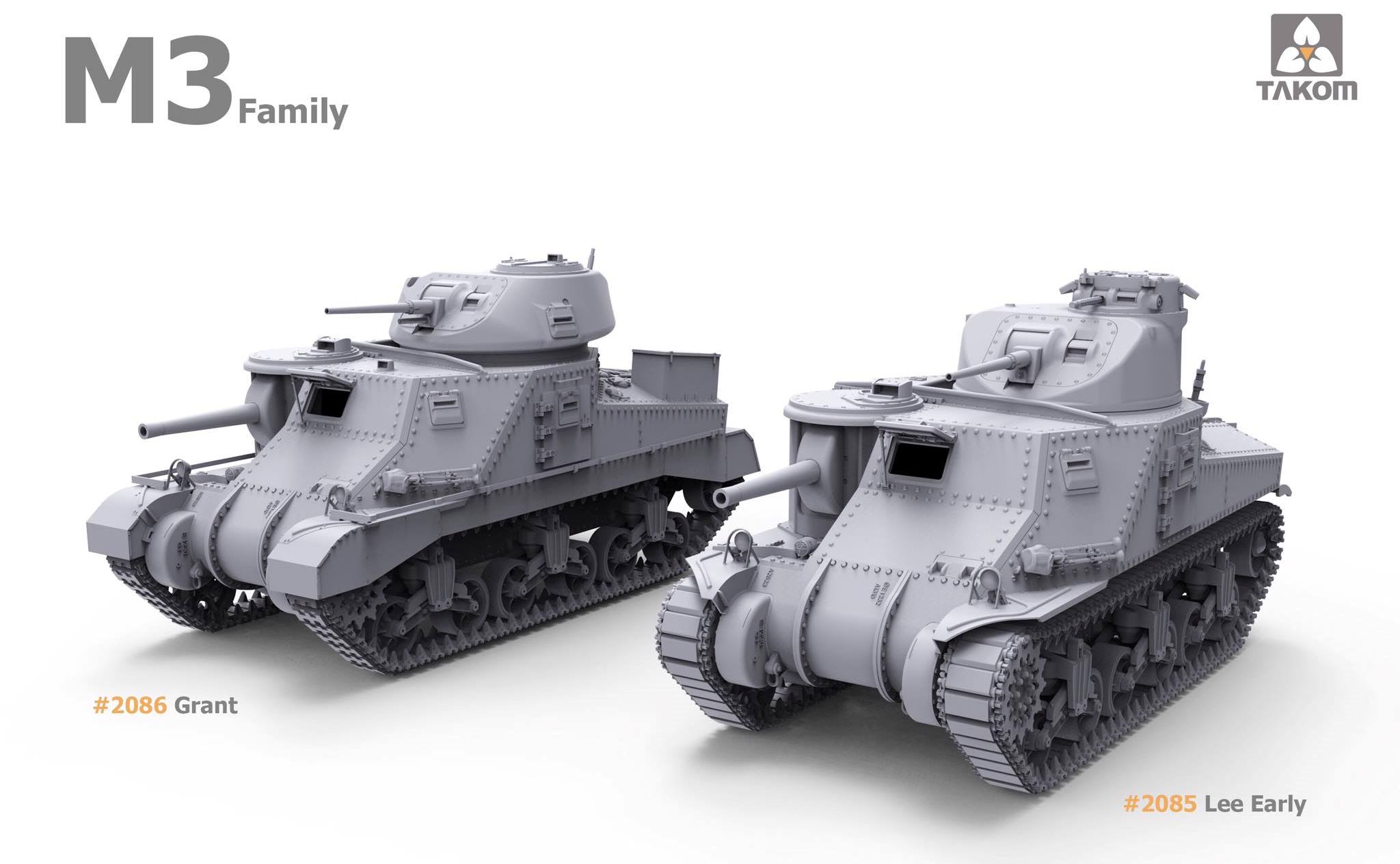 I won’t bore you with anymore history, I assume that those of you reading this article know it better than I do. The news these days are from Takom and that they are planning the release of two M3 tanks in 35th scale soon. One being an Early “Lee” version and the other – “Grant”. One cannot be here without another! 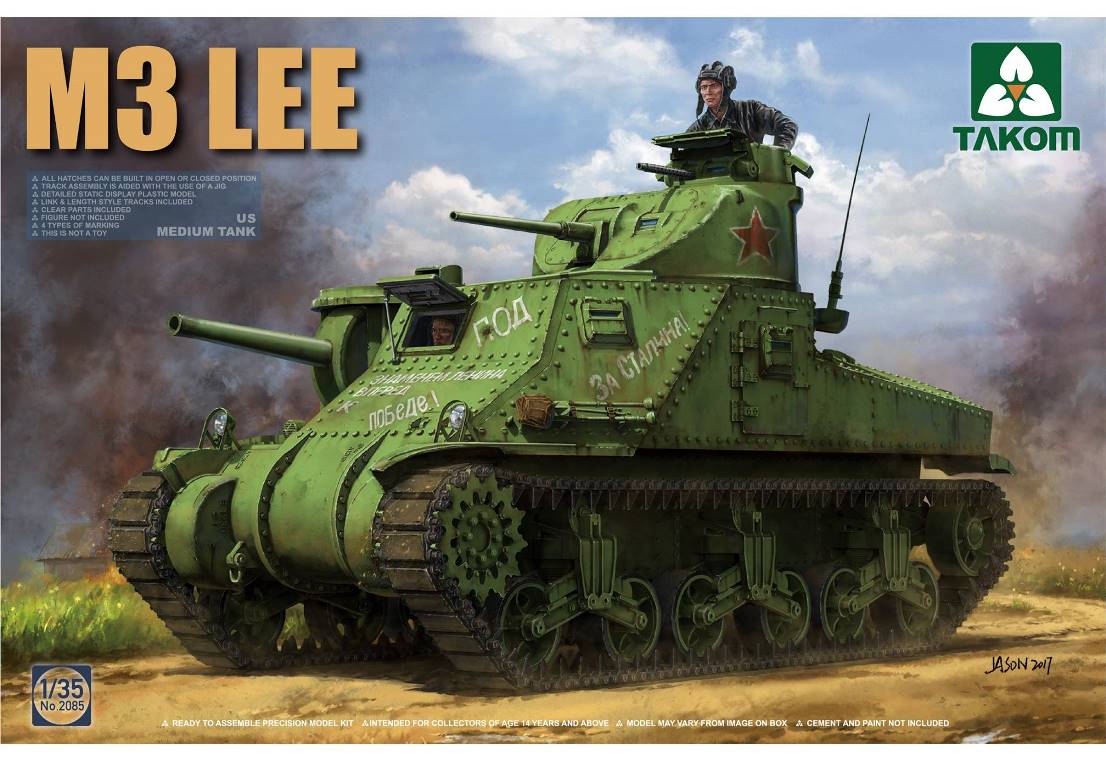 There is still not a lot of information about the releases, but with what we’re getting from Takom lately, I am pretty sure this kit will be a must for WWII Allied Forces modelers. Latest releases from the company showed wonderful quality and simple and pleasant building process.

Interesting fact is that the market was not abundant in regards to that particular subject. Takom have shown very clever management and tricky projects, releasing T-55 just in time, as well as Tiran 4. Now, they promise a whole new niche of interest with the M3 tank. Lee and Grant might not have been the best performers out there, but the appearance of the multi-turret medium tanks is always stunning and both variants differ just enough from another. Latter thing I mention, just because I am considering both of those in separate builds, simply because they can be done very different one from another. Practically finishing a completely controversial looking subjects from basically two modifications of the same thing. Sherman builders know from experience too. Here is the same. Especially with Soviet and African subjects. At one hand we have El Alamein desert worn look, on the other, winter camo Soviet lend-lease tank. Simply fantastic! 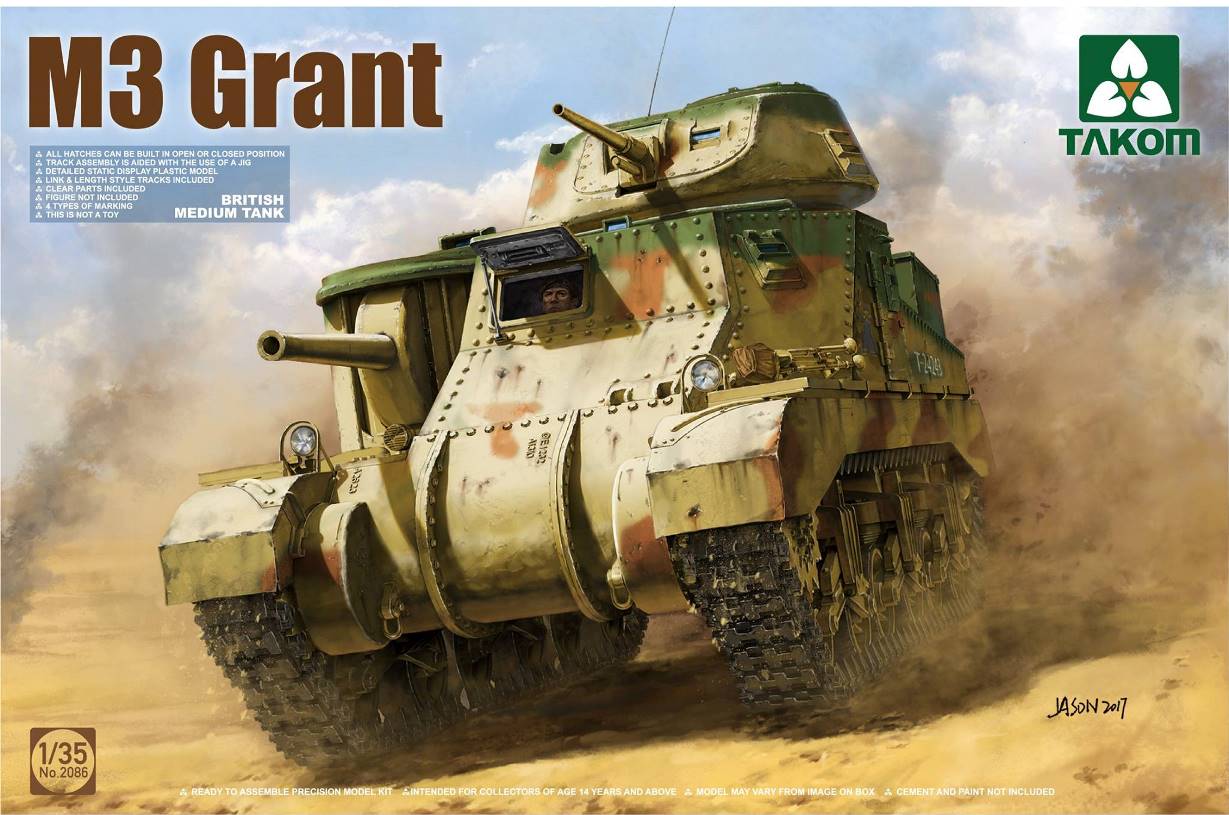 The release is not clear yet in terms of dates, but I can bet that many already are counting the days! I am for sure.

Good work Takom, you raised the expectation interest with a lot!