T-72B3 is the newest T-72 option available out there. Not only modeling-wise but as a real vehicle as well. As we all know, all modern Russian tank-like vehicles in service are either based on T-72 or direct derivatives and versions of it. It is a legend when it comes down to Soviet/Russian armor and with its many variants is also extremely popular modeling-wise. If you don’t trust me, just Google it. Type down Tank Biathlon. You’ll see what I mean! T-72 all the way! 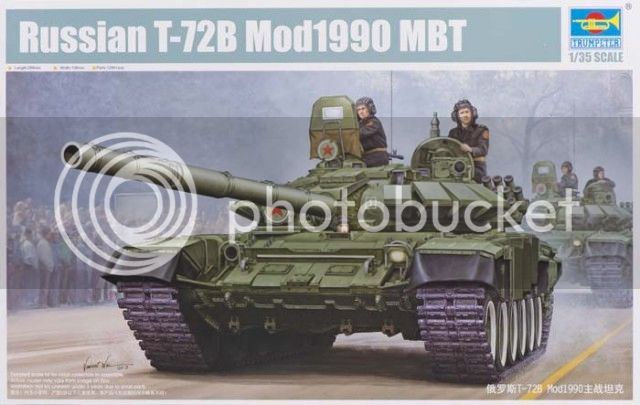 Michael Rinaldi lighted the fuse not so long ago with his Tank Art 3 /Modern armor/ featuring an old-tooling Tamiya T-72 and then everything went nuts! Trumpeter released T-72B mod 1990 #05564 and then companies like Voyager spiced it up with tons of aftermarket stuff. It was one of the best kits out there, not only in T-72 line but among all the T-series MBTs. Then new versions started to come out, and now, first quarter of 2016, Meng Model dropped another bomb announcing their new tooling T-72B3. This goes for a direct rivalry with Meng Model T-72B3, even though it is not the same vehicle. They look alike, but there are minor differences.

Meng Model are a team of people, devoted to very high accuracy and superb detail when it comes down to their kits. We have seen that with their T-90, Terminator and the others, that are based on different platforms /those are all T-72s/. So we should expect nothing less than perfection, even though probably a bit over-engineered. I might add here, that Trumpeter kit is also a bit hard /-ish/ to be completed, and eventually it might need an aftermarket set of tracks, but otherwise is OK. In the same time, T-90 which Meng released was very tedious build, with many sub-assemblies, small parts and boring ERA. I hope that we won’t have that in their upcoming T-72B3. They are constantly improving and I am expecting very nice and detailed model, with great accuracy and stunning appearance.

Not much is known about it yet – how many parts, what camouflages and so on, but it is known that there will be an engine included /picture above/, active suspension, workable tracks, photo-etch and all those minor modeler-guilty-pleasures which we witnessed in T-90A and BMPT. Another master piece in 35th scale most likely. So, at the time the article was written, there was no price and no release date too, but I assume by the first half of 2016 we will have that kit on the shelves. I am suspecting price similar to their BMPT, but this is only a wild guess. Hopefully in the next few months I will be able to show you a full unboxing and review of Meng Model’s new T-72B3…and how does it holds to the Trumpeter’s T-72B, which is one very very good scale model too:

Pictures above are from Meng Model and Voyager websites