Su-17 M3/M4 or as I know it: Su-22M3/M4 is an aircraft, with which I am very tightly connected. That is why, when news came in, that Kitty Hawk are releasing one, I got pretty excited. It has been a long wait for all the fans of that jet, and previous options in that scale were mediocre /politely said/. Su-17 is a development of Su-7, a strike aircraft which gained its popularity mostly outside USSR, mainly in Czechoslovakia and Egypt. They used it and somehow made it to the news, making it more known because it was pretty obscured subject.

Kitty Hawk amazed recently with subjects like MiG-25 and F-101 Voodoo, which are also shady airplanes, and in terms of modeling they were definitely a missing piece of the puzzle. Now, they promise that in 2016, they will deliver both versions of Su-17 /Su-22/ M3 and M4, which are single and double seater aircraft with swing wing configuration and deep improvement of Su-7. With that said, one have to know that this aircraft is huge and it was pretty well designed in almost every aspect, and Kitty Hawk have to work hard to replicate this in scale.

The cockpit of the real thing is pretty wide, which means that aftermarket companies will most likely attack the subect with resin options, and for two seater version this will be a jem. There are renders of an engine, provided by Kitty Hawk, which also will give a nice option to make cutaways, or place it next to the build kit.

In general, Kitty Hawk made another smart move with this kit. Su-17 M3/M4 is still used in Polish Air Force, and they recently repainted the aircraft. In the same time, there are enough sources of old-ish camo schemes, air show camouflages and weathering extremes involving that bird, so we will have a lot to work with.

Still not clear what the price will be and when it will be out actually. Probably in the next few months. Whatever the case is, if they do it a bit better than their MiG-25 in terms of engineering and keep the detail at that lever, it will be a winner! 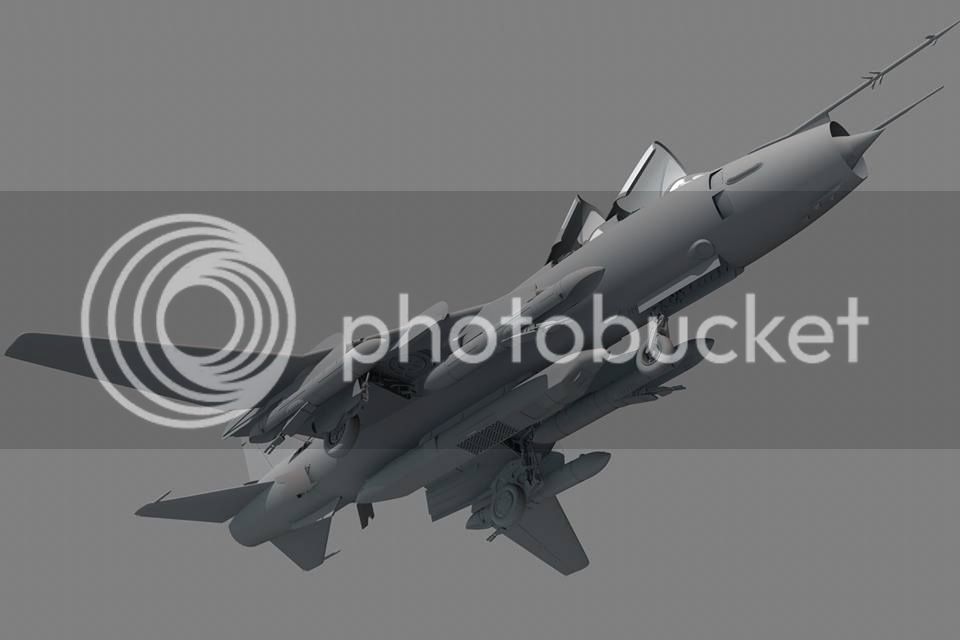