Phantom retirement was a big deal for J.A.S.D.F. and for military aviation World as a whole. After 50 years of service, F-4EJ Kai was finally grounded for a well deserved rest in March 2021. Only a couple were left in flying condition for testing and evaluation. It was a proud moment for Japanese military aviation and both for McDonnell Douglas /now Boeing/ and Mitsubishi Heavy Industries. The very last JASDF F-4 Phantoms were built by Mitsubishi. They were about 40 year old airframes, upgraded to the Kai standard.

Special Paint Schemes followed the service life of the F-4 Phantom in Japan, showing absolutely stunning artistic talents, regularly appearing for different celebrations. However, the very last years of the service life of the big jet were even more heavily painted. Several schemes appeared, most of them celebrated throughout the modeling community as well. 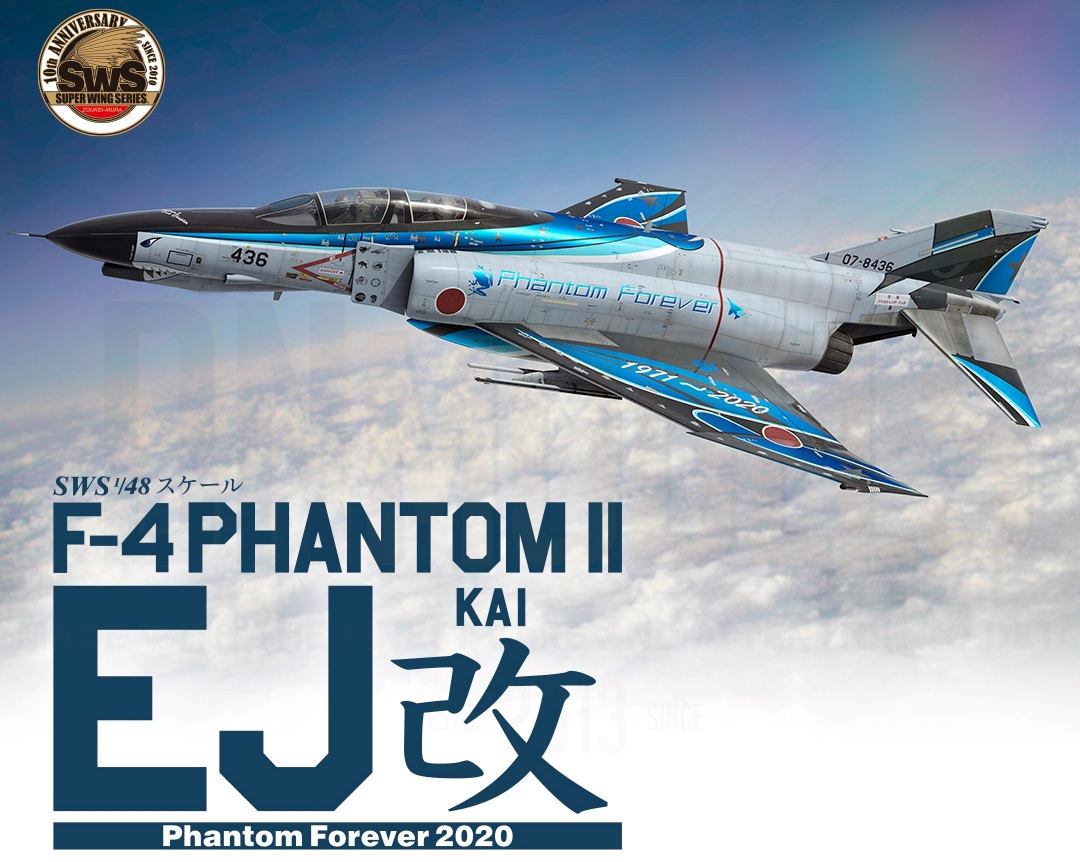 Hasegawa were among the first to react as usual. Many decal makers joined the ride as well. Among those, the most attractive for the modelers is the combination of the very best model of the Phantom /in any scale/, presented by Zoukei-Mura in 48th and a special livery. The company released Limited Edition Phantom Forever 2020 paint scheme, that quickly vanished from the stores. The paint scheme is in blue and black and is probably among the finest demo schemes ever applied on a jet. For those who weren’t able to find the kit or prefer to paint it with paint instead of decals, DN Models released their own variation of that in the form of paint masks. Added some corrections too. And even though very hard to replicate, this was an instant hit.

Along this Phantom Forever, DN Models released the “Go For It! 301sq” yellow variant, known as the Yellow Frog. That was meant to be used with Zoukei-Mura SWS 48-12, the regular grey F-4EJ that was easier to be found on the market. It is a tough one to paint too, but within the capabilities of any experienced modeler that wants that Yellow Frog in his collection. Surprisingly, Zoukei-Mura announced that version as well, just recently. This time it seems that it will not be a Limited Edition kit, even though we all know how difficult is to get Zoukei’s kits sometimes. 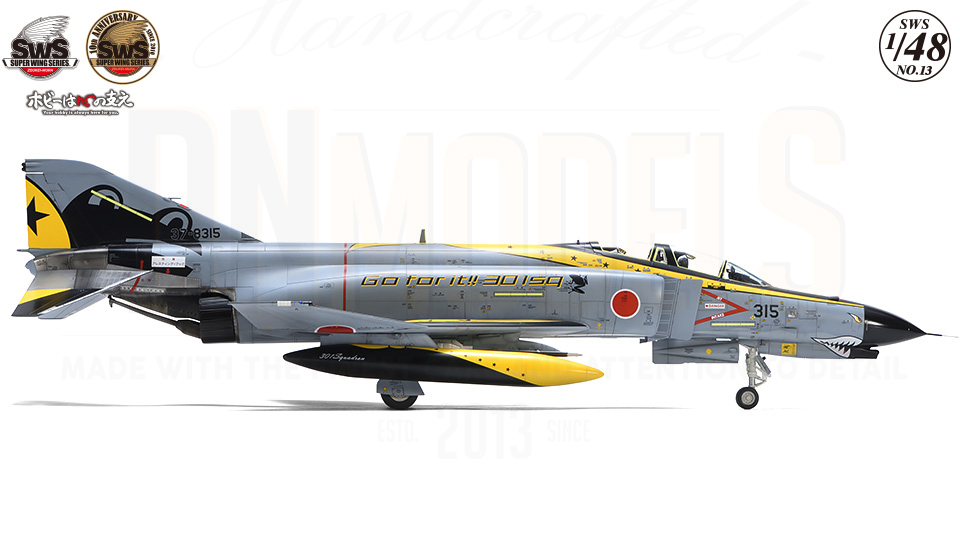 Most likely, the decals in the “Go For it! 301sq” will be made from Cartograf, as they were in Phantom Forever 2020. Nothing but the best for ZM kits, as usual. Quality is something that we won’t touch as a subject, because as mentioned above, things does not get any better than ZM F-4 at this point. So the question now is, are Zoukei done with the demo schemes?

DN Models have some Japanese F-4s in our line of products and we wish to think that releasing Zoukei-Mura’s “Go For it!” was partly incentivized by our mask set released earlier in 2021. After all, our main aim was Zoukei-Mura builders. Not only, but mostly. However, Hasegawa was our inspiration, thus it might’ve been Zoukei-Mura’s as well. Most likely, we all were inspired by J.A.S.D.F. F-4EJ demo schemes, so let’s leave it at that. Whatever the case is, we can only hope we will get more from Zoukei-Mura. That is in terms of demo paint schemes for their Phantom line commemorating its Japanese service. 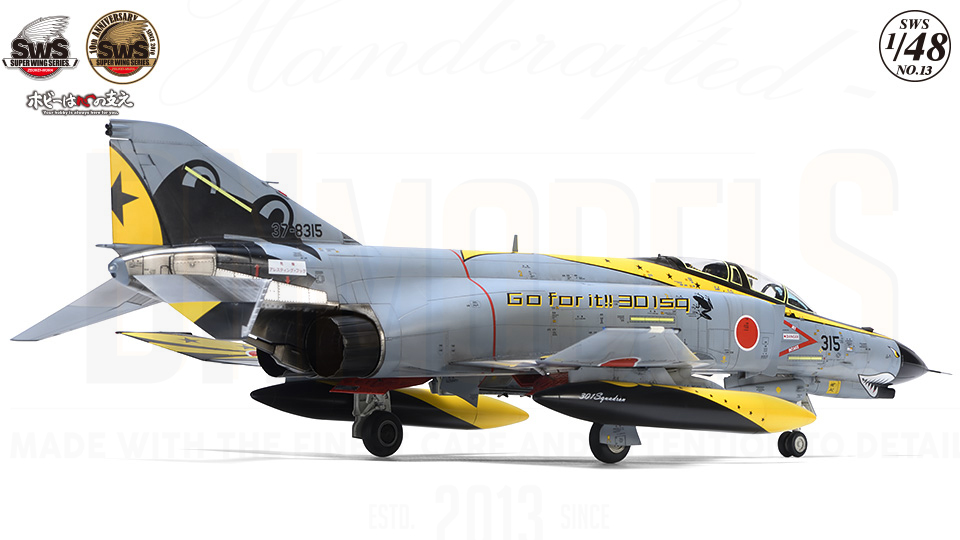 And why not even more? Not that long ago, Greece and more specifically HAF /Hellenic Air Force/ retired their recce RF-4E Phantoms, with absolutely awesome scheme called “The End of the Film”. With the RF-4E imminent as a release from Zoukei-Mura and hopefully Tamiya in the near future, this would be a mandatory add-on the the line. Also, let’s add to that the fact, that HAF and Turkish Air Force are still actively flying the Phantom. We should probably expect to see special liveries from them too when the time comes. We will never get tired of Phantoms, that’s for sure.

Back to where we started.

Phantom place was taken by the F-35A Lightning II in the J.A.S.D.F. in 2021. Far from proven, this jet has a long road to walk /or fly/ to prove itself as a worthy substitute for the F-4 Kai. For now, we have nothing but memories about the mighty twin-jet from Saint Louis and in this case from Japan by Mitsubishi, memories, that were full with color and beauty. Thanx to the artists, we saw that war machines can be more than just that. And coming from Japan, it was no surprise what so ever. Whatever they do, they do it with devotion and turn into art!