P-47 Thunderbolt is one of the greatest prop-fighter planes ever built. Although not sharing the fame of the Mustang or Me-109, the Thunderbolt is studied very thoroughly by historians, pilots and modelers all together. Its fame comes from some undisputable facts about its qualities, as well as is rugged looks, which creates first look impression of a sluggish log, while in the same time being real-life super-performer. Often compared with the P-51 Mustang, the Republic Thunderbolt is quoted as not-so-refined bird, but a great and honest flyer and sturdier fighter compared to the super star among the US fighter planes from the Second World War. It was preferred for air-to-ground missions when compared with the rest, due to its superb range, firepower and amazing climb performances. Enough about historical facts though.

We all know and love the mighty Republic Thunderbolt. Modeling companies know that very well and it is not surprising why, Tamiya presented that in 48th scale quite some time ago, with all of the options still considered the best Thunderbolts in any scale and to some extent – the best 48th prop kits ever. Hasegawa and lately some Eduard’s repacks offer 32nd scale option of that beast, while Kinetic even got further with 1/24th representation. Not an easy market for sure. Especially not for a competitor, which first ever plane kit will enter that arena in nothing less than direct /!!!/ Tamiya competitor. Boldness in all its glory!

Yes, we are talking about MiniArt. Who else would do that!? Yep, the same guys that attacked the 35th scale market with new toolings of Panzer IV and StuG III. Armor modelers know, that this is the toughest arena /clarification is for plane-only guys/, plus the fact that MiniArt armor is generally more complex than most of the aircraft models in whatever scale. So speaking of that, what we can expect from a 48th scale kit from the Ukrainian company, that in general should:

2nd – prove that armor oriented MiniArt can cope with the finesse and precision needed for a plane kit to be accepted well. 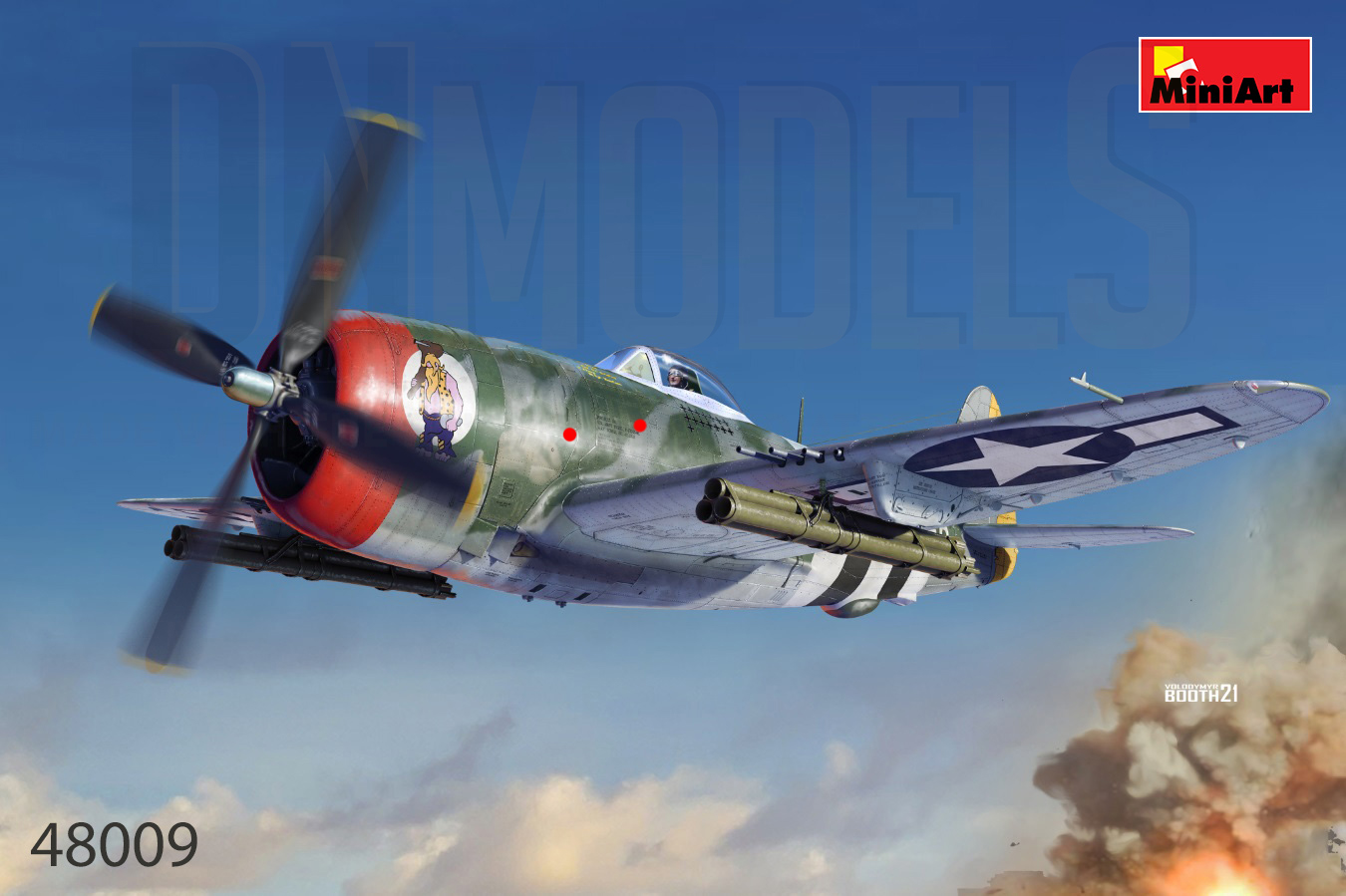 Well, we’ll soon find out. 2022 seems to be MiniArt first attempt at the airplane market, although not at the aircraft arena per se. Planes however are a different story. They do require more of a fine touch than anything else. Anyhow, not scared of that, Miniart promised two options. More information cannot be presented at this time, since MiniArt refused to share any additional info what so ever, despite the fact that we are having long-time relationship and mutual respect. But after all, that is their right and the surprise will be even sweeter in the end. At least we hope it will!

So let’s speculate a lot before wrap this news up: Two options – labeled Baisc and Advanced. Both seen on the pictures above, representing their boxart. Maybe one with as much as possible interior included, such as engine, gun bays, radios, a lot of PE stuff and maybe more paint options? While the other with not so much of a hassle, mostly the shell, with one or two paint schemes, pretty much direct Tamiya-instant-killer-attempt. Sounds reasonable and sounds tempting. Sounds tough. Also, this is MiniArt we are talking about so… Sounds about right, right!? And let’s add one more thing. Somehow most of us missed that on the boxarts on some other kits from the same company there might’ve been some hints about the Thunderbolt. Have you noticed that such things might be said about the FW-190? And with the fact that MiniArt will definitely not stop at the P-47 Thunderbolt, it is safe to speculate that the Wurger might be next. So…get ready Eduard, MiniArt might be coming for you as well!