After decades of wait for a new tooling IDF Merkava I, we finally got an announcement from Takom. They are about to hit the market with not one, but two Merkava I options. Merkava I from Tamiya that we have and used to date is old and although pleasant model to work with, an obsolete concept.

It is surprisingly unwise from all the companies out there to not present a Merkava I to the modelers for so many years. It was the Merkava tank the kit that boosted Meng Model into stardom. Now, the first generation of the Tank will most likely do the same for Takom. 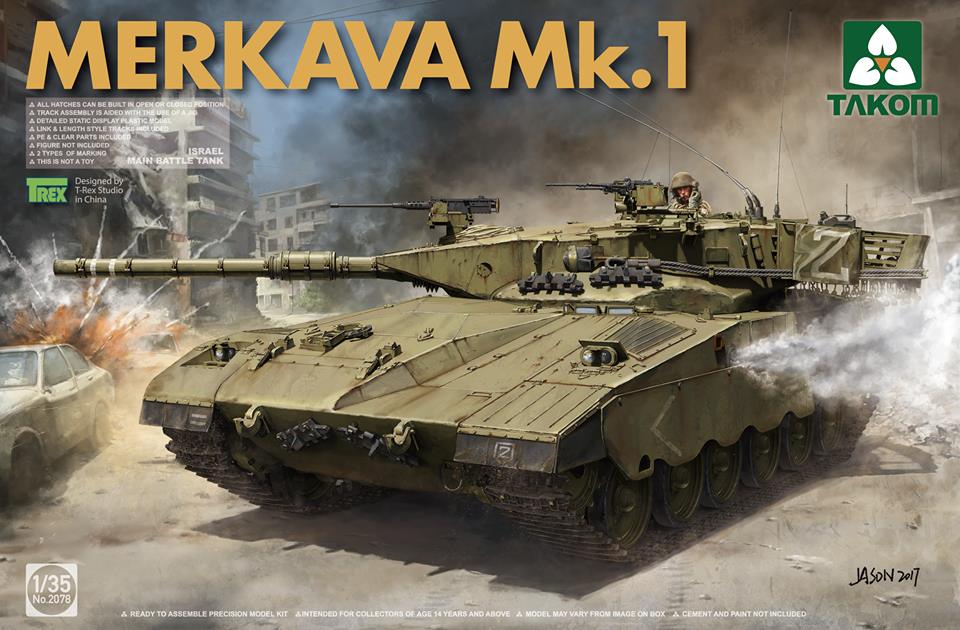 Don’t get me wrong, Takom are well respected and loved company but they are behind Meng Model. That is due to the word of mouth advertising, based mostly on the Merkava and Doobi releases by Meng Model.

They do have wonderful kits, but are nothing exceptional as a company compared to the rest. Same goes for Takom. Both companies struggle to reach levels that Japanese makers has to offer and are far behind in engineering terms. It terms of subjects though, Meng Model are one of the best and now Takom are quickly gaining speed. 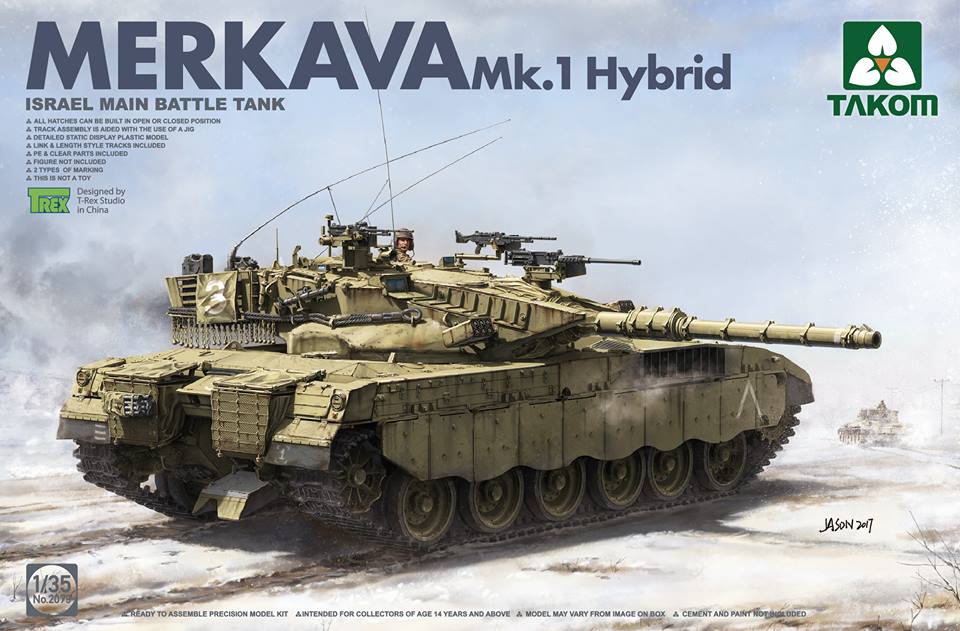 Merkava I is the first Israeli tank that actually gave birth to the Mk.II version and we probably will see this one from Takom too quite soon. Conceptually, Merkava I features a lot of clever decisions and when it came it changed the tank history for good.

So Takom did it! They promised two options: Merkava Mk.I and Merkava Mk.1 Hybrid. I am pretty sure that Mk.2 will follow and also, hopefully we will have the 2.D. Academy kit was nice, but far from the modern standards.

In the meantime, check out DN Models website for IDF mask sets, you will love the options! There are plenty and for more than tanks too.