Once again, more than one company announced a new kit upcoming soon and in the very same day /or a week/ another one is announcing the same thing. This time Rye Field Model announced that a StuG III ausf. G early production with interior is on the way and supposedly, this will be out by the end of 2021. At the same time, Border Model announced StuG III ausf. G final production, with and without interior, BT-019 and BT-020 respectively. Pretty much hours in between.

We have seen that before. We will probably see it again.

That however, raises some questions. Why is this happening? Rye Field Model are very deep into detail. Border on the other hand are pretty straight forward and easy going builds with not so many parts. Without the difference of one being early variant and the other being late, it is pretty much the same object. Why now and why so close with the announcements to one another? Are they chasing each other around a race track? Or they are proving to each other which one is better and smarter?

It seems more and more like a trick to get you into buying more. Of course, it is good to have more options, but we can expect others to join soon, which at some point will make StuG III over-exploited subject like Spitfire, F-4 and others. Do we really need this?

Such an announcement creates more questions than usual and despite the smiles that it brings to many modelers’ faces, it still seems odd. Remember the King Tigers not so long ago? Same story. 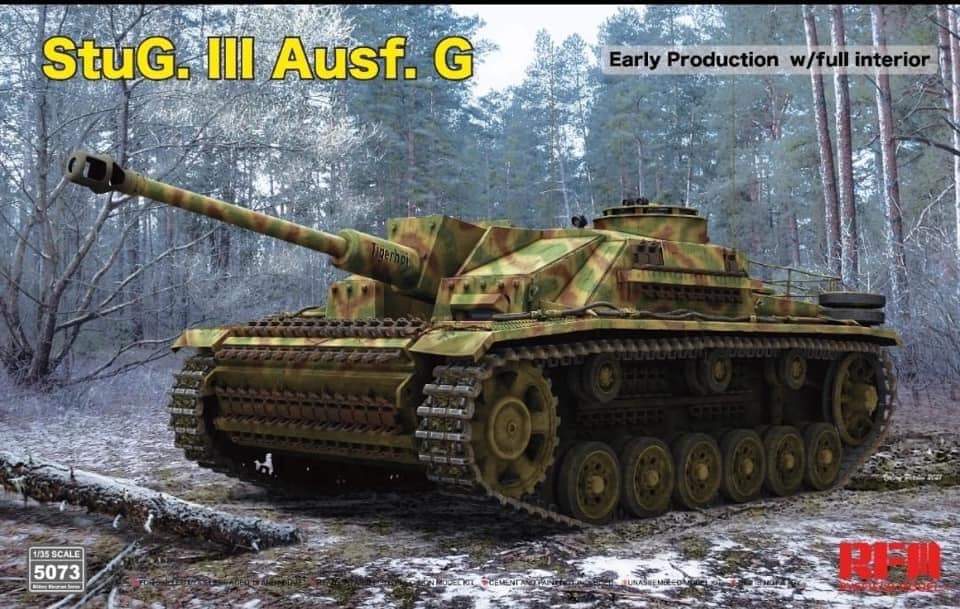 We are StuG fans. Well, most of us. We love the StuG life. And having more and especially having an alternative to Dragon kits is a nice idea. Now it slowly becomes reality. This, paired with the fact that 1/16 StuG III is on its way is also good for modelers. But it seems that something is wrong with the market. And for that a recent scandal involving accusations against and from Border Model speaks loudly. Throwing mud at each other is a marketing trick, but it also leaves a bitter aftertaste for the clients sometimes.

We are sure that both StuG upcoming releases will be great. Border are very good and so are RFM. They are not very expensive, they are popular and up to date. The real question is, up to what point this useless repetitiveness of the same subject being doubled, tripled or even worse will continue?

Too much of anything is not a good thing after all. Even when it comes down to a StuG.

Especially when it is done hours apart.