MT-LB is an multy-purpose amphibious vehicle, introduced in the late 60s. It was a replacement for obsolete artillery tractors and featured improvements like armor, extended personnel area, higher protection etc. MT-LB comes from Многоцелевой Тягач – Легкий, Бронированный, meaning multy-purpose tractor, light, armored. MTLA in translation. It was cheap to be built and that was one of the reasons why it was widely used and produced under license in Bulgaria and Poland.

It is hard to name all the variants, since there are many, and it is also hard to mention all the countries that used or keep using that vehicle for different tasks. One thing is certain – MT-LB is a extremely interesting subject, due to its long career and many roles. And that’s why, for modelers this is a must-have. But! The few options out there were limited so far, narrowing down everything to ESCI’s MTLB, which was way behind everything released nowadays. 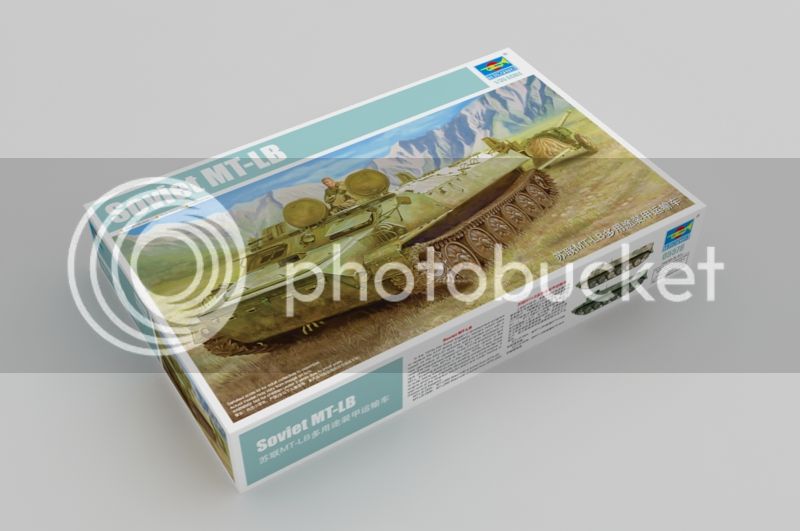 So Trumpeter stepped up, and they gave us a hint a while back, that a new МТЛБ will be soon available. What Trumpeter missed to mention, was that they planned it to be a state-of-the-art kit. Let me break that down for you:

the kit isn’t out in the stores yet, but what  we know so far is:

Trumpeter provided a very good base for /eventually/ a long line of MT-LBs in many different variants. As you know, they already have a stand-alone kit of the ZU-23, which is a common practice to be put on the MT-LB and I doubt that they will miss the opportunity to combine those two kits into one. Also, many operators used the amphibious vehicle for search and rescue missions, ambulance, natural disaster teams and so on. So what we have seen in Trumpeter’s line of Strykers, will be most likely repeated with the МТЛБ.

As for the camouflage schemes. Trumpeter gave us some images which I am sharing with you here, and the collaboration with MIG promises accurate and detailed info. What I want to say is: Praise to MIG for collaborating with so many companies like TAKOM, Trumpeter and Miniart for example, providing us with nice camo schemes and promoting MIG’s paint line, which are not bad at all!

So there are the available schemes here: 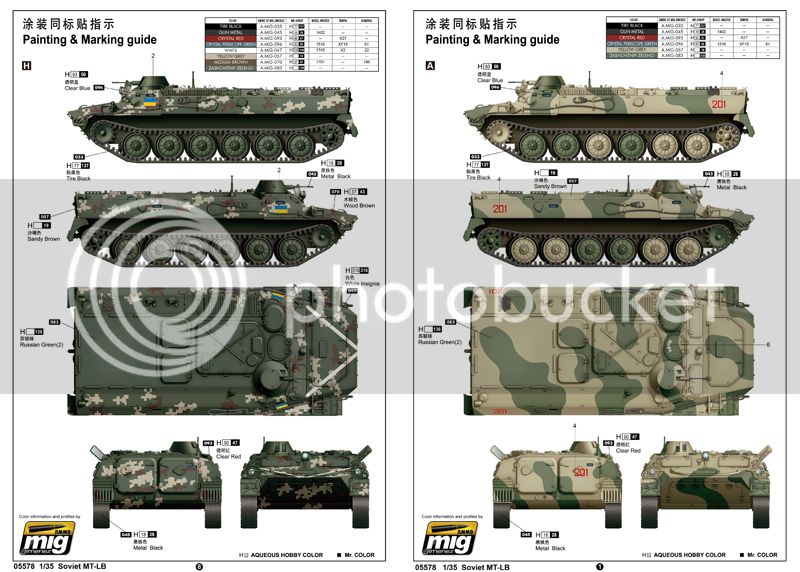 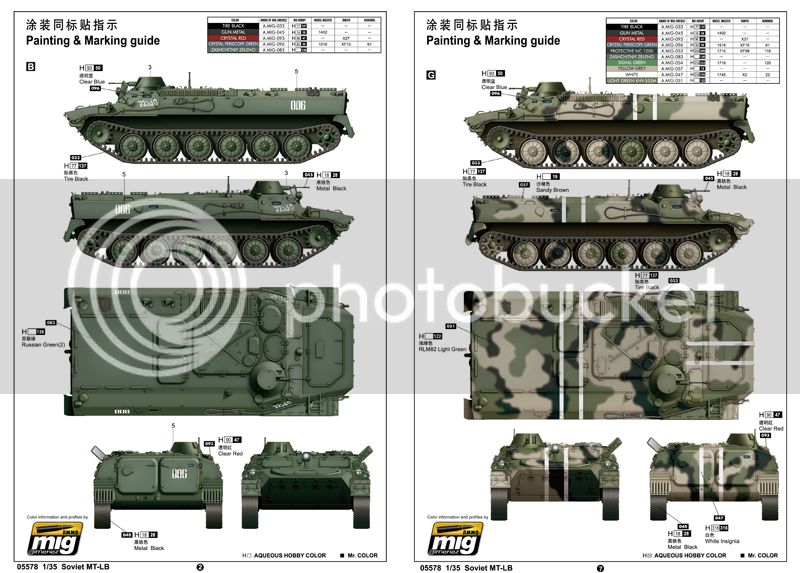 Very interesting are options G, H and F, although all of them has a charm, and that begs for buying more than one of Trumpeter’s MT-LBs. Single tone МТЛБ are pretty much the most you will see if you search through the web. They allow very nice options for weathering and in-battle damages, as well as worn-through-lifespan modeling tricks. Also, those used in Europe, having in mind that the MTLB is amphibious, are muddy beyond recognition, so you are the one who will choose how it should look in the end. Myself, I prefer the Ukrainian Digital camo for several reasons. It is relatively new concept and that means you can replicate a vehicle with fresh history and battle damages. The other thing is I am a strong supporter of Ukrainians in their recent unfortunate history and this is a reason enough for me to build the MT-LB under Ukrainian colors.

Those schemes of course, does not limit you in any way. The crazy World that we live in offers hundreds options of that vehicle fell into the wrong hands: ISIS, Boko Haram, Rebels of whatever kind spread throughout the planet. They do modify their vehicles with whatever means available and that means that you can do too. Very interesting are MT-LBs with home-made bar armor, as well as sand bags all over them. Check them out, the web is full with such examples.

In the end, Trumpeter gave us a jewel I think. I know, that eventually there will be some discrepancies between the real vehicle and the model, and the rivet counters will yell: “Bad MT-LB, not worth the money”.

This MT-LB has more than a ton of parts /almost literally/, individual track links, photo-etch, engine… enough to keep you busy for a long time! Together with Trumpeter’s ZU-23 kit it can be done in a matter which will be very attractive and unusual. That is in case Trumpeter miss their opportunity to release a combo version of those two kits /02348 – ZU-23 and MT-LB 05578/. Also, there are many other versions – pure white or pure red vehicles, ambulances, even private collector’s items. So its up to you!

Here’s what I have on it, I hope you’ll find it useful for your modeling:

Stay tuned for some sets of masks from DN Models for the MT-LB!