We are definitely living in the golden age of scale modeling. While only 2 decades ago this hobby was considered a dying occupation, nowadays modeling companies are competing fiercely to be the first with the new tooling of something or to be the one with the most variations of particular subject released. The competitive spirit is dominating and it is everywhere, on every level. From being the one with the most accurate kit, to the one with most options or the first one on the market. Something like the cold war between USA and USSR, both pushing it to the limit to out-pace each other in whatever possible way they could. However, here we are talking not about two, but tens of companies, both old and new, experienced and not. So the fight is a bit chaotic and definitely more ruthless.

The major players on the market are clear for decades already. Nobody can stand next to Tamiya, and the rest, like Hasegawa, Airfix, Revell and Academy are steadily improving their production to keep competitiveness. With that said, the most interesting battles are between the new producers, the ones that are here for only couple of years and are not abundant in toolings, at least not yet. Some like MENG and Takom somehow managed to get to the surface, but there are many others that are not yet there.

The problem with that is with the engagements that they take and promises that they make. There are many examples of new toolings promised, that never get to see the light of day. Those are promised not only by the inexperienced companies either. Good example is the ballistic rocket Mount Elbrus that MENG advertised for a while and then it vanished into the thin air. Another one is with the Rochev/Doher from Kinetic which is still a mystery. But the kings of false promises are AMK. Nobody can beat that company’s absurd deadlines. Their ridiculous promises about their F-14 cannot be compared with no other company. 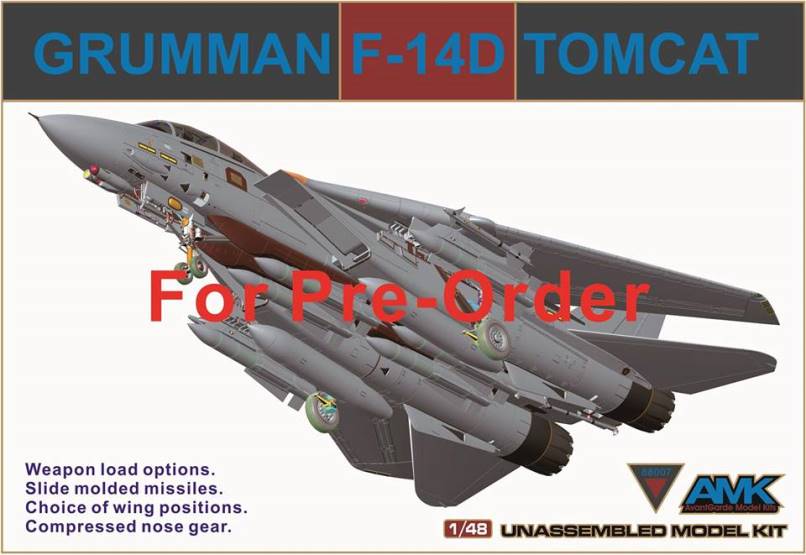 Probably the reason was their MiG-31, which is a good kit, but not without flaws like promoted. It has some issues, and in the end it appears that it is the same if you go for Hobby Boss, because in both cases you don’t get a perfect tooling anyhow. However, the rumors in modeling groups, forums and what not are often a big problem when it comes down to objective information and conclusions. So, to some extent, AMK MiG-31 became famous like a super-kit, which is not, without competition – which it has, and without flaws – and there are enough of those too. Kinda false advertising, unfortunately from mouth to mouth.

So based on that illusion of the perfect kit, AMK believed in the legend that some of their fans created and info about new Etendard, three MiG-25 versions and what not appeared online. But they are still struggling to deliver their F-14, while in the same time Tamiya released two options, which even though probably less detailed will be as accurate as needed and very user-friendly for sure. Not only that, but Great Wall Hobby announced their own tooling of F-14 which probably killed the AMK long-awaited-tooling for good. Well, not exactly killed it, because maybe sometime in this century AMK F-14 will happen, but what for? If G.W.H. release their own, it will be greatly detailed and the waiting will be over for many. I doubt that anybody will wait specifically for the manufacturer logo on the box. 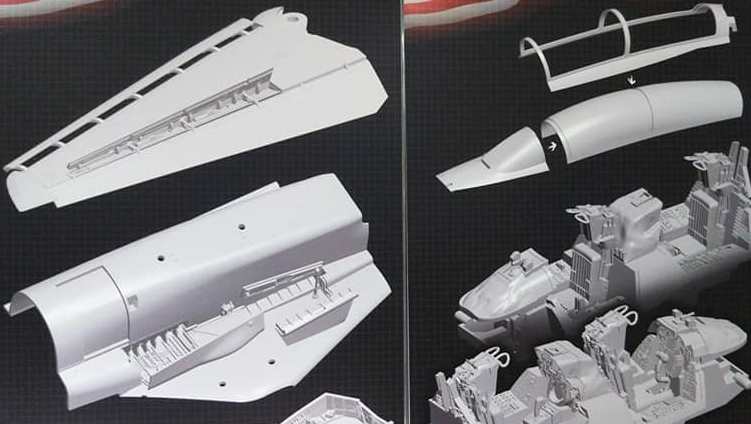 And why are those companies refuse to take responsibility for their false promises and keep their fans and clients waiting? Is it so hard to admit that they were wrong about their deadlines and production problems? We all have heard the reasons, but in the end every manufacturer struggles with more or less the same problems. Some manage to deal with them, others blame it one something or someone.

In the end, there is no actual deadlines or release dates and F-14, Ballistic Meng, Rochev/Doher, Italeri’s Tornado and many others might never happen. The pre-orders were a useless endeavor, the weeks waiting turned to months, months are turning into years now. Yet somehow some modelers still believe and keep on waiting. Their explanation is: “why not, it is only a hobby”. Why then is all this useless talk about the accuracy? Or toolings or innovations? If it is only a hobby, go on, get the kit you want, they all have available substitutes. Since it is only a hobby it wouldn’t matter much, would it? There is Tamiya F-14, which is by any means beautiful and pleasant to work with kit, or AFV club IDF M109 options. Why wait for more false promises?

The slap that those promises deserve is retract the pre-orders made and leave the company hanging. Because in the end as a client, the only thing that one can do to rebel against some insolent company and their false promises is stop buying from them for good. If there is a need for that specific kit or tooling, someone more serious and more devoted will come up with a solution. Pretty much what G.W.H. did with their F-14 announcement.

In the other case, one must live with the fact that someone is taking them for fools and testing their patience’s boundaries. While in the same time wanting their money. Which being a good company is logically the last thing to do. Because if the company does not respect their own clients, they do not deserve them in the first place.

P.S. And let’s not forget TAN Model with their Bucaneer and Su-33, as well as their long line of announced kits in production that haven’t seen the light of day yet. And probably never will. At least they do abstain from repeating the lies every other annual quarter.