New Tool T-34 is something that many wanted for quite some time now. Although not anything near as popular as the Panzer IVs that are now flooding the market, T-34 is a loved subject among modelers. It has its variations in 35th and 16th scale, but so far nobody managed to catch the perfect representation of that rather small vehicle in 35th scale. 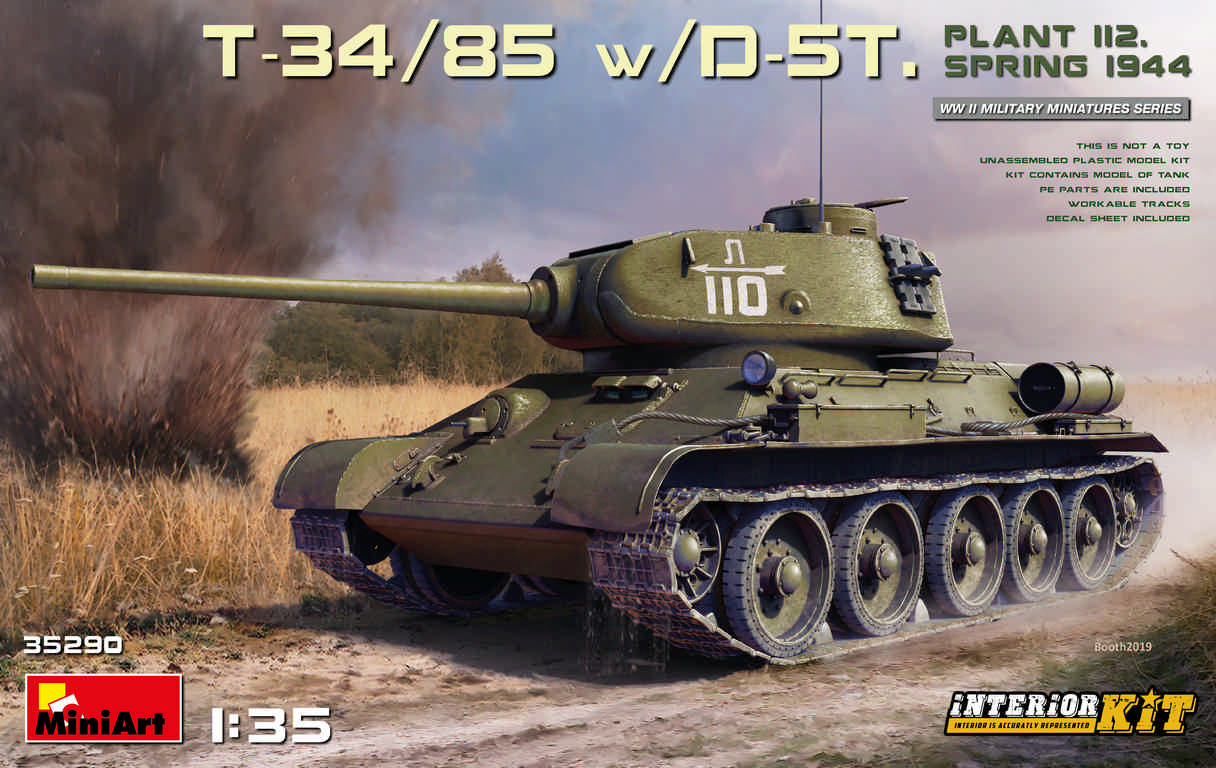 At the beginning, MiniArt were flooding the market with their brilliant T-series. That surprisingly started with T-44 and continued with T-54-1, -2 and -3. Then on, they turned towards more popular and widespread versions of the T-series, reaching their peak with Czech, Chinese and Polish options now available for purchase.

Those kits are very sophisticated and demanding. They are full with small parts, feature separate track links, photo-etch and most importantly – usually full interior as well. We have reviewed plenty of them, so if you are interested, search the blog for more info.

The T-34 just announced at the Toy Fair in Germany is a continuation of that tradition that MiniArt created with the tanks mentioned. This new T-34 will feature Interior and most likely will be one of the best releases in terms of accuracy compared to the competition. 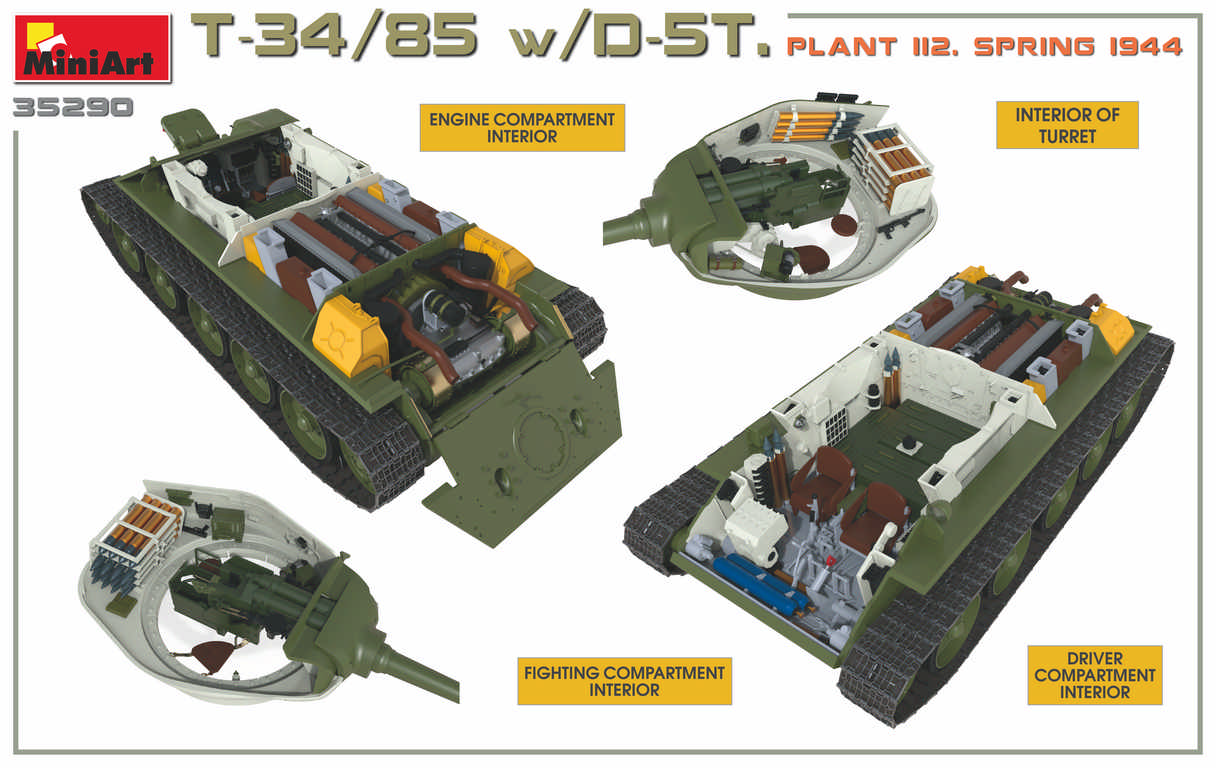 The reason for that assumption is because MiniArt are Ukrainian company, and Ukraine is one of the best places on earth to get information about old Soviet vehicles as the T-34. This to some extent answers the question why it took them so long to get it done. Knowing how deep they go into a project and how accurate they want it to be, it is only self-explanatory. Especially having in mind how many thousands of T-34s were produced during WWII. Plus the fact that variations existed in abundance. And made in different plants too. 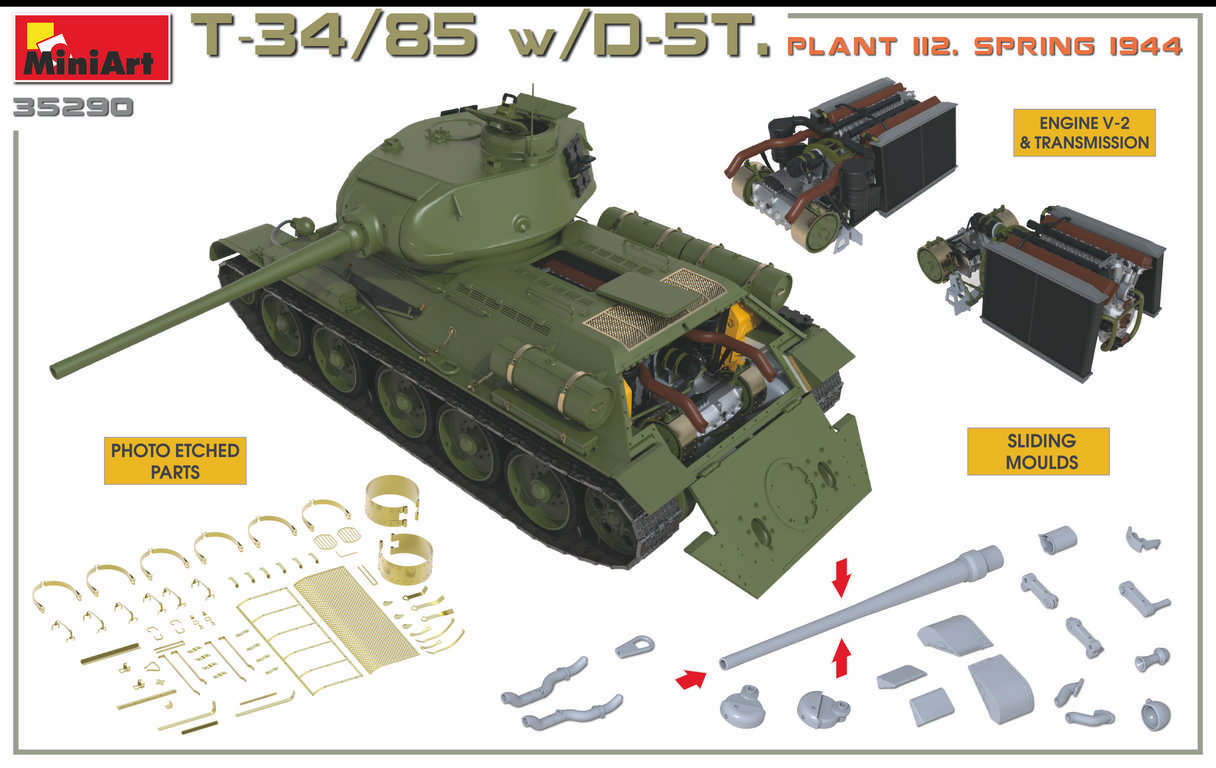 T-34, together with their new tooled Panzer IV and some upcoming /hopefully/ aircraft kits this year, 2020 MiniArt made a great start for that new Decade. 2020 seems to be very promising for armor modelers thus far too. Two of the 3 most important subjects of the Second World War are already covered by MiniArt. New tool T-34 or “The Hero tank” as it is famous in the former Soviet block is one. The other is the Panzer IV, which is, alongside with StuG III,  the most popular German armored vehicles of that same period. Only the StuG III in production is missing from MiniArt’s line thus far. But we can strongly hope that this will change rather soon. And as far as the Panzer IV and T-34, well, knowing MiniArt we can count on long-lasting and abundant line of new kits with superb quality!