Mi-28N Havoc is one of the two most wanted attack helicopters in 35th scale. Reasons for that date back in the early 90s, but one of the most important ones is its participation in Russo-Ukraine War started in 2022. Mi-28 and its derivatives were the planned successors of Mi-24 & variants. For political, economical and technological reasons that spot was taken by Kamov Ka-52, with Mi-28 playing only supporting role in the military of modern Russia. In 72nd scale there were attempts to create a good kit, some worthy, others not so much. But in 48th and 35th scale the gap was yet to be filled.

Takom recently announced a new tooling of the legendary Apache. The news shattered the modeling society, especially rotorcraft fans. Years of waiting and finally we have it in two slightly different kits, with renders promising something very close to perfection. Plenty of superb details, real rivets /not recessed ones/ and a lots of photo-etch. That was only couple weeks ago. Nobody expected, that Takom will be so quick to announce their next project, which is still hidden behind a silhouette, but in the same time: pretty self-explanatory.

What were the reasons for that quick shock of new tool releases? We will give our opinion on the matter here. After the announcement of the expected and also long-awaited 48th scale Mi-8/17 new tooling from Zvezda, Trumpeter were quick to announce their own. As we know, best 72nd and 48th scale Mi-24s belong to Zvezda, Trumpeter though, didn’t miss a heartbeat. First Mi-24 1/48 earlier this year, now the Hip. So this new Hip bombing run will bring a lot of excitement and many happy faces among us, modelers. We expect to see both Mi-8 and Mi-17 versions, probably and hopefully Mi-14 as well. This is all quarter scale of course.

In the same time /well, shortly after/, Takom proudly announced the Boeing Apache. 35th scale, large and powerful, with contemporary tooling. Bigger and badder than the Hip. A veteran from 30+ years of conflicts around the World and still in very active production too. Everybody were excited, talking about Takom and the Ah-64. But only couple weeks after that, MENG Model dropped another bomb. They will too, bring another 35th scale Apache to the World.

Knowing MENG and their fanatically devoted fanbase, that was well timed and very accurate announcement, bringing awe and even more excitement to the Apache fans and scale rotor maniacs. So somehow they managed to be the last with the news, somewhat twisting the narrative from “Oh, finally Takom gave us new tooling AH-64!” and popping up in number one spot. They simply stole the show. 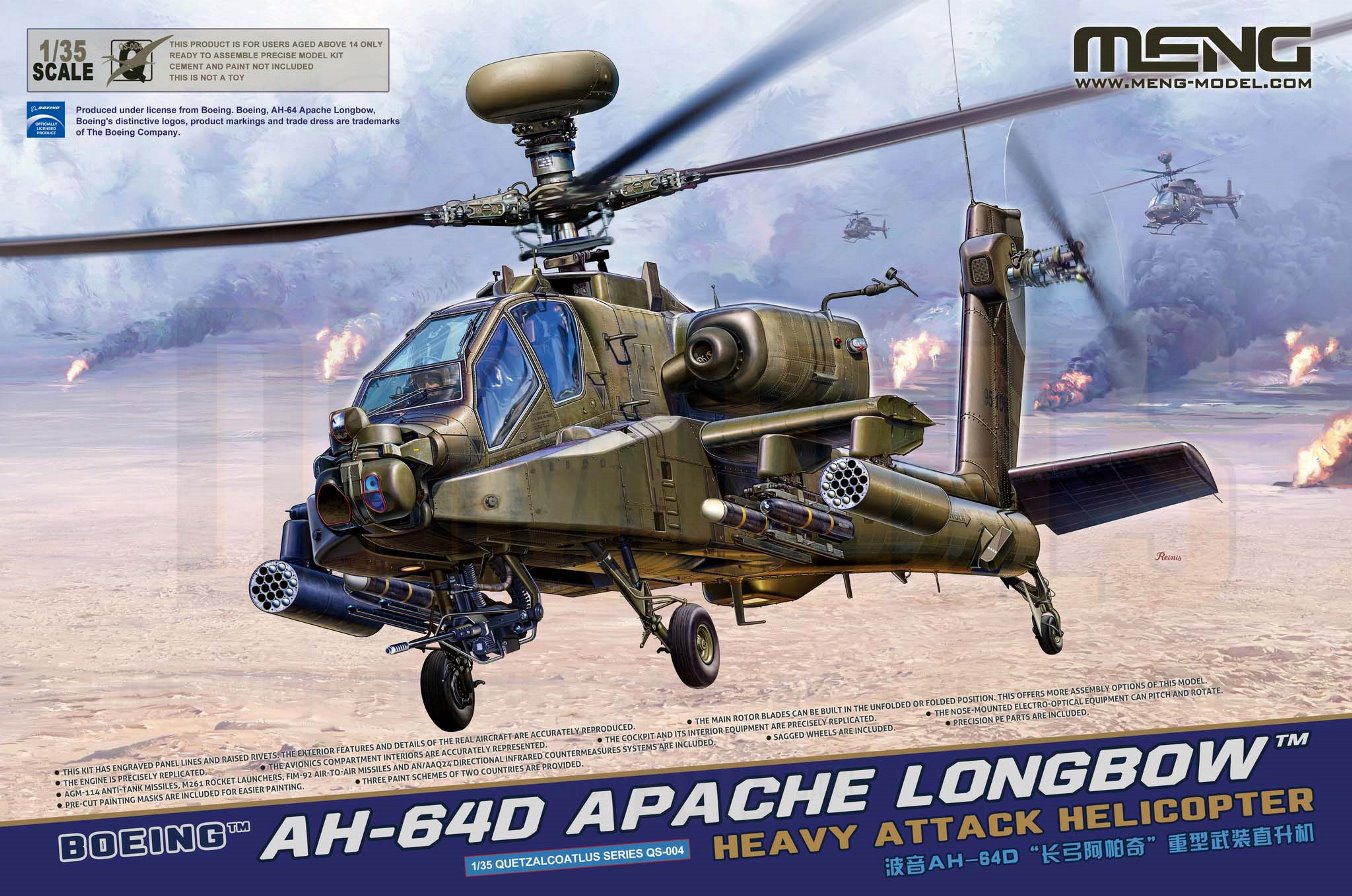 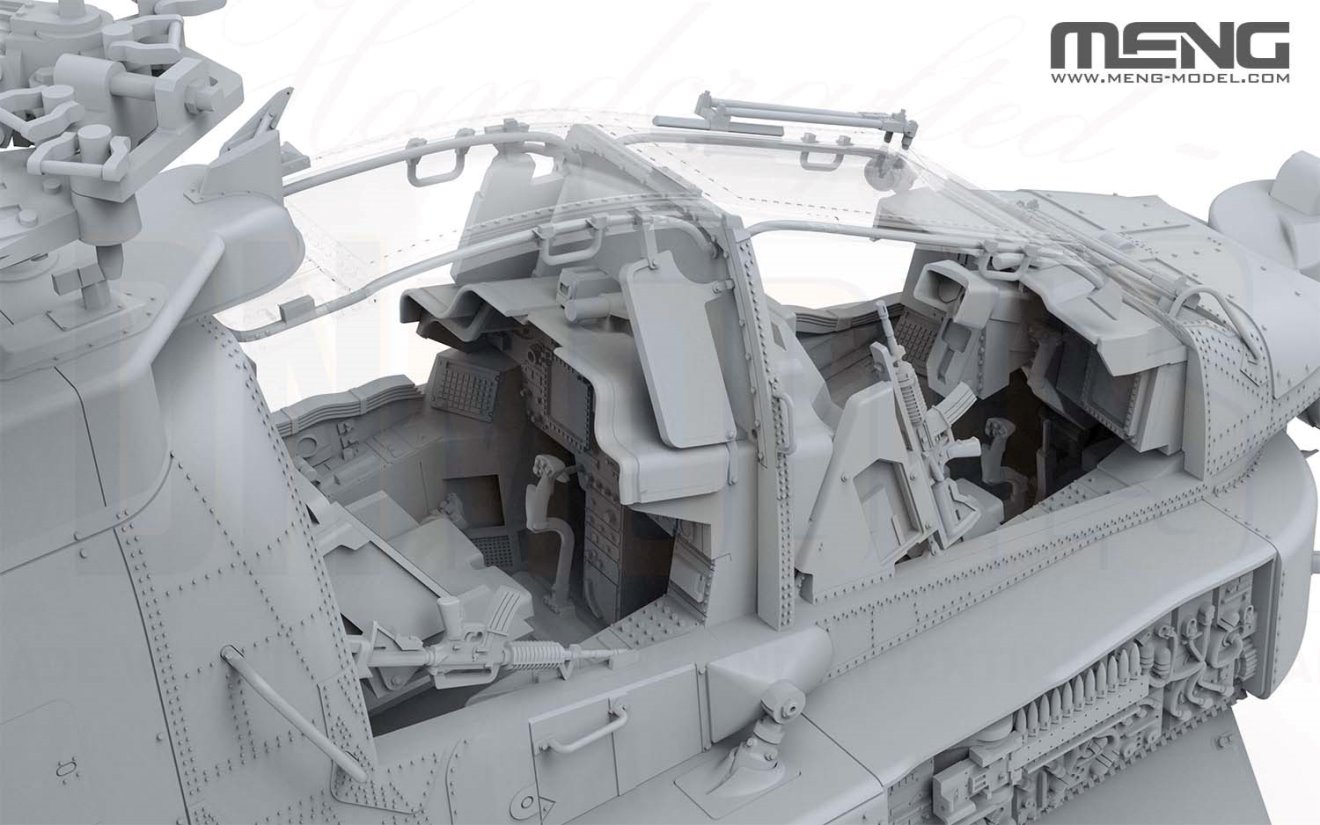 Even though at first pictures MENG Model Apache seems just a tiny bit more simple than TAKOM, that is for sure not a conclusion. They both seem highly-sophisticated, very promising and modern representations of this flying destruction bringer. Probably with similar, yet not equal approaches to the plastic and assembly process, both kits are hitting the market almost simultaneously, just as Mi-8/17 will come from Trumpeter and Zvezda. And just like over the years, many StuGs, Panthers, Tigers and Panzers popped up like mushrooms after forest rain. So it not only in tank World anymore. This mirror release mania just took to the air. 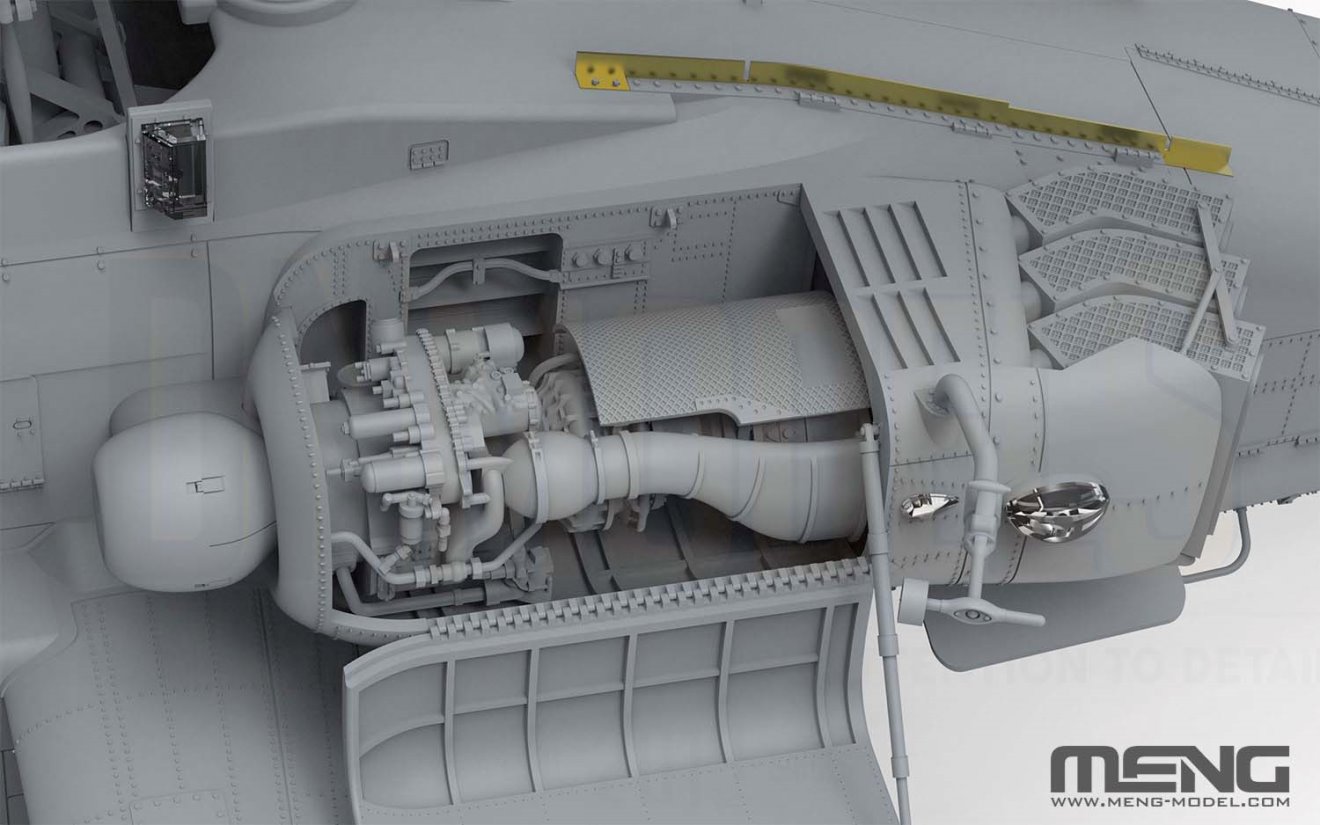 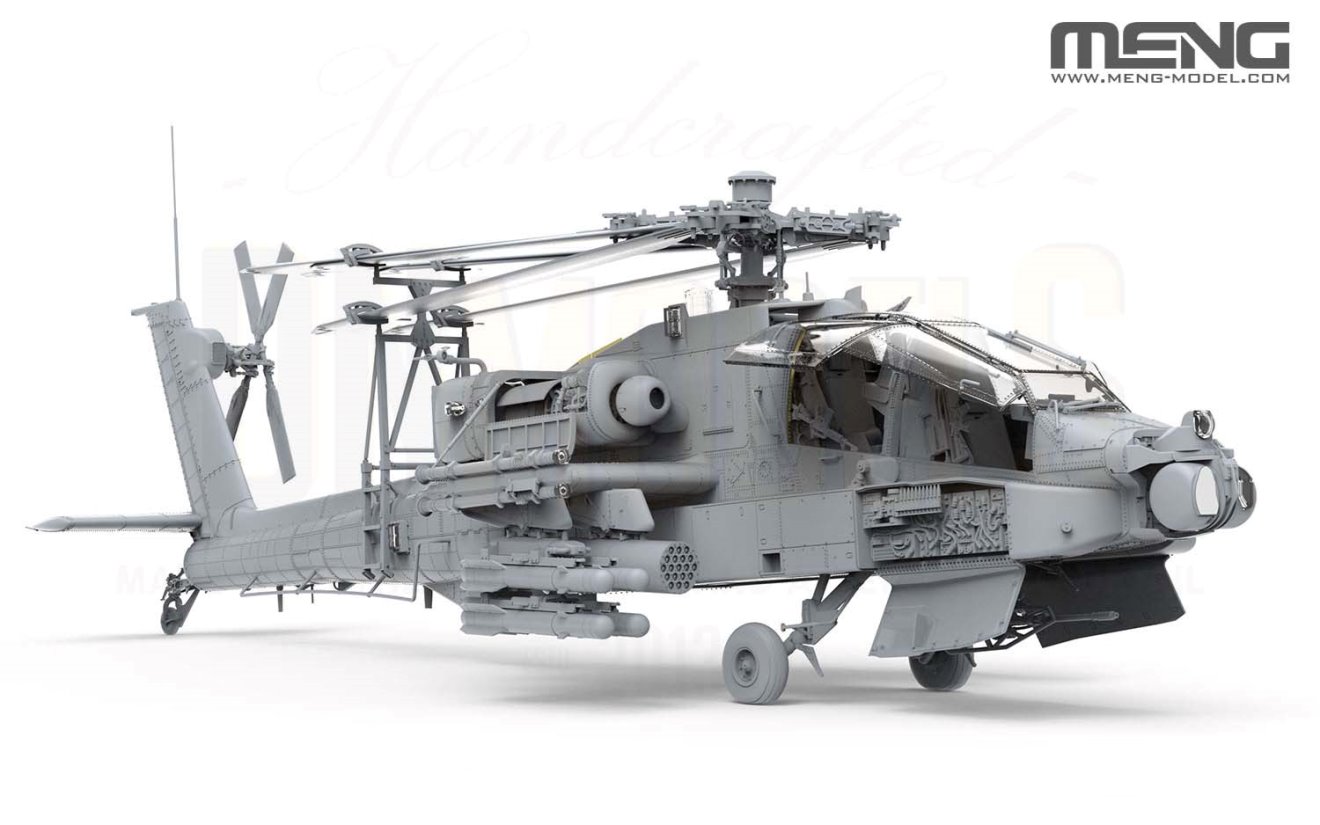 Why are they doing that? Are they teasing us, or they are all conspiring behind closed doors? Why are we bombed by similar subjects in slightly different toolings, like for example Zoukei-Mura, Tamiya and MENG did with the quarter scale Phantoms? The latter suggests, that the model makers are not conspiring. It suggests that they are fighting for the right to provide the best in scale, tailored according to their own beliefs. But again, that raises the question, wouldn’t that separate the market into fractions, making them more vulnerable to the competition and eat each other’s profits? Questions do not stop there either… 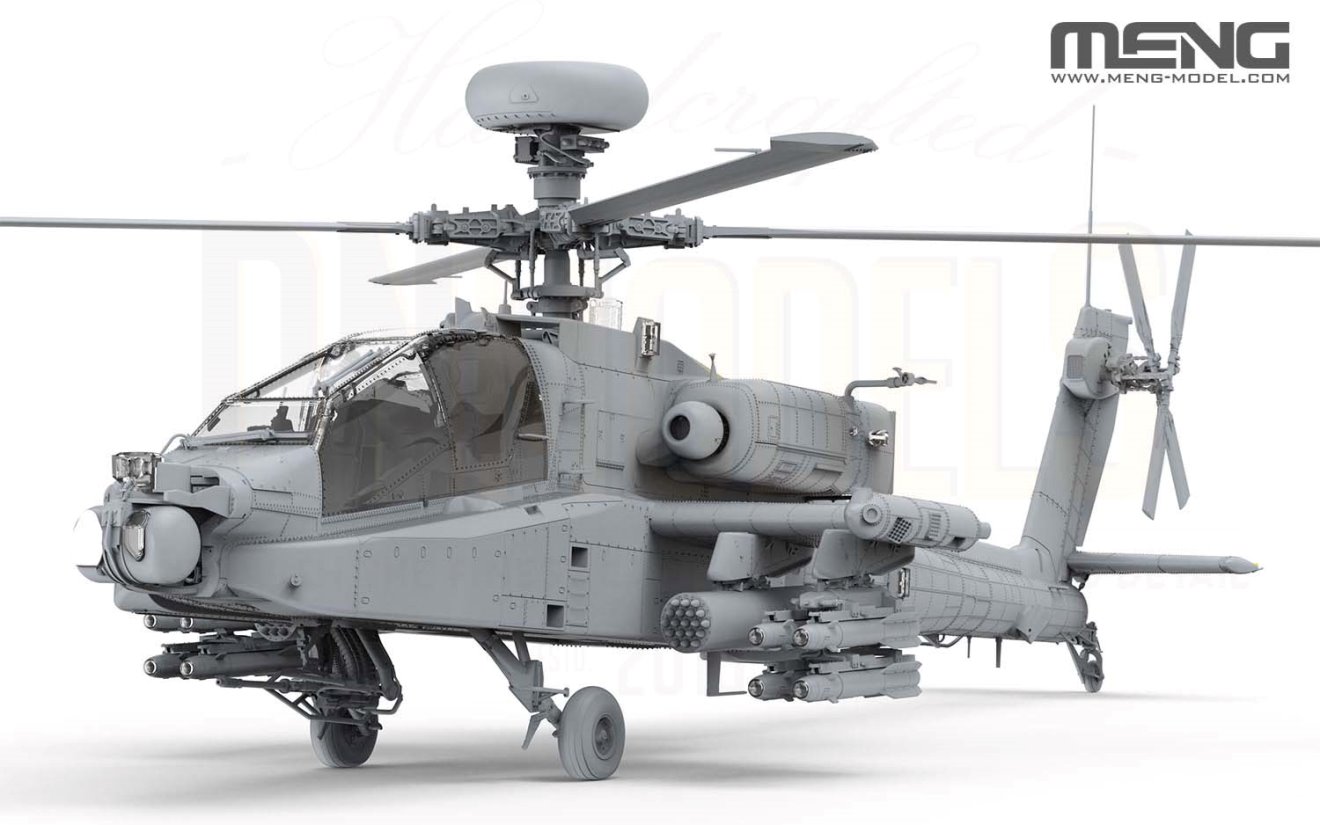 But the most important one is – should we actually care? We love Phantoms, we love StuGs. We adore Tigers and we are waiting for years for new toolings of the A-10 Warthog, Apache and finally Mi-28N Havoc /hopefully soon – Kamov Ka-52/. So whatever they are doing and no matter their own incentives, we, modelers, seems to be the winners of this whole fierce competition. Just think about it: Three months ago, we didn’t have 48th scale Hip and now we have two in the works. Probably plenty more to come. Two months ago, we didn’t have Apache in 35th scale /at least none good enough/. Now we have three in the works. And with the dying of Kitty Hawk we lost hope for Mi-28N Havoc and Ka-52, alongside with Su-25K and Su-25UBK toolings. Just this week, one of those four appeared. Who knows what the rest of the 2022 weeks will bring along? MENG overshadowed Takom with their Apache announcement. They were the last to scream: Watch HERE!
TAKOM replied: “Oh, but we have more!”. And there goes Mi-28N Havoc.

What’s next? Smiles and joy, we hope! More good kits are on their way!