Messerschmitt Gigant was a German military transport airplane from the Second World War. The name Gigant is perfect for that beast-of-a-plane. It measured more than 28m in length and with more than 55m wingspan. For the time, this was a monstrosity. It started as a glider and it was developed into a engine-driven beast of a plane.

also known as Me-323 was built between 1942 and 1944. Only 198 were built, a number way too low for the standards of the Second World War. However, due to its size and appearance, it made its mark onto the aviation history.

It is hard to get a model of that plane. Simply because it is gigantic. Messerschmitt Me-109s or Me-262s can be found in almost every scale. Not this Messerschmitt. However, this is about to be updated and Great Wall Hobby are bringing the news this time.

They recently announced a new tooling of Messerschmitt Gigant, more specifically Me-323 D-1 version of it. It will be in 144th scale and it is understandable. It will be way too big if it was otherwise. The truth is, that this aircraft its not the most famous bird of the war, and even though interesting, it is highly unlikely modelers to want to spare so much space for it. By “so much” I mean if it was released in larger scale. The technology of today allow us to receive toys of all scales and sizes and at some point maybe some company will bring this monster to 48th scale or above.

However, to be suited perfectly, probably 144th and 72nd are the best scales for that beast. Probably due to that, Great Wall Hobby are testing the grounds with their release. With the quality of their moldings in 72nd scale they proved a point. Now, in 72nd almost everything comes with satisfactory details. Thus, Me-323 Messerschmitt Gigant in 144 will probably suffice. 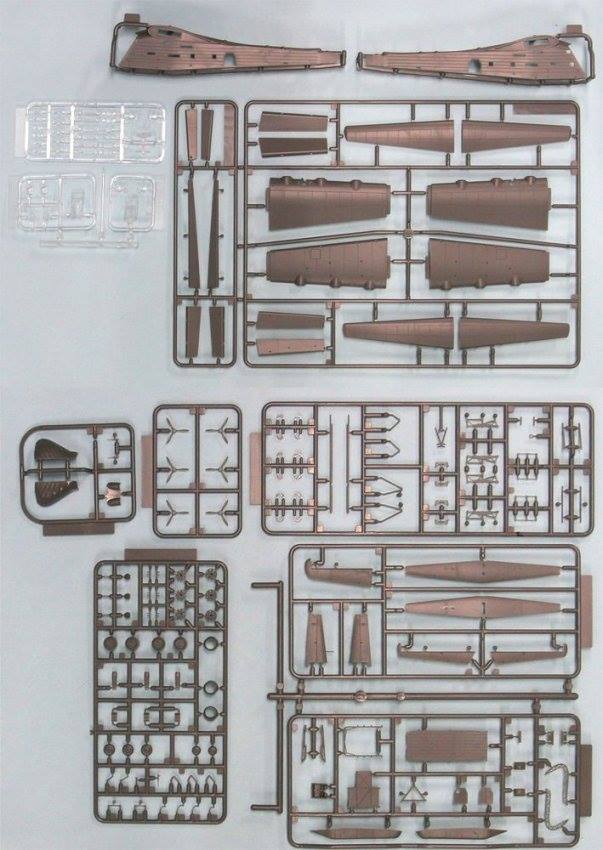 Well, originally the aircraft was contemplated as a glider. Gliders are in general simple and smooth. This plane doesn’t have too much details and 144th scale will give us the perfect combination in between size and quality. In general, Me-323 was a pretty simple construction. The only thing more complex will be the fact that there were 6 engines present. Maybe the camouflage will be challenging. Most definitely, adding details to those engines will be a difficult task too. But again, 144th should do.

After all, it is better to have the Messerschmitt Gigant in your collection small, than not to have it at all, right?

So, we are about to see what G.W.H will deliver. I want to add that the initial info states that the kit is actually a Pit Road tooling. Anyhow, both are scheduled for 2018 release which will either happen at Telford IPMS show or it will be delayed for 2019. What I trust is, that this 144th scale Gigant will be better than Italeri’s 72nd scale representation that we have on the market. Both – detail- and engineering-wise. Hopefully the price will be affordable too. Because too much is coming our way in 2019. And all of it is very promising.