Meng Model recently announced their 36th item from the Tyrannosauros Series – TS-036 Merkava IV.M with Trophy Active Protection System /APS/. This will be a model of the long-awaited Merkava Mk.IV variant, more precisely IV.M, so far known to be the latest addition to the Merkava series in the IDF /Israeli Defence Forces/. Meng Model started their line with Merkava couple of years ago and besides being warmly welcomed, the model gained fame for the company. That was due to the fact that IDF stuff is always interesting, due to the large number of modifications made constantly and innovative designs implemented in their weapons.

Merkava IV was available from Academy before, but the kit was more or less mediocre. I am not saying that trying to insult Academy, but nowadays kits are more complicated and more importantly, the modelers are usually sophisticated people, who demand more and more. That, combined with the constantly evolving technologies, makes every new kit a challenge for the companies, who struggle to compete with each other in terms of design, add-ons included, options and even boxing. 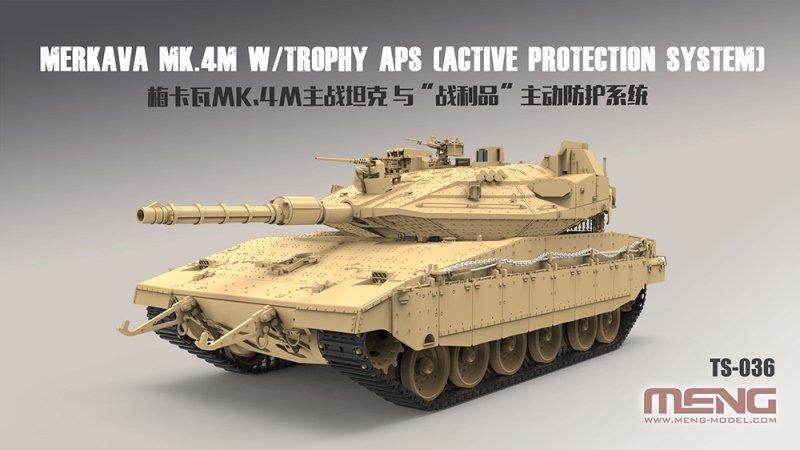 Meng Model are most definitely one of the best on the market in terms of Boxart and instruction sheets. That latter one is excluding their F-35A in 48th scale. Detailing featured in Meng kits is superb too and one thing that they are particularly good in is providing interesting subjects that are in high demand and with respectable background. So it was wondering why up until now they didn’t release Mk.IV Merkava, despite the constant noise created from IDF fans about it.

However, finally, we have that kit upcoming soon. Most likely, the quality will be the one that Meng Model maintained so far. Even though Meng kits are not with the perfect fit or greatest engineering design, they are very good and one might expect that the 4.M Merkava will be released in that manner. That is great news for IDF modelers and the sole thing that one might want to know is when exactly the kit is going to be released.

People speculated about the 4th Merkava for 2 years already, but the announcement does not guarantee quick release. Panther that Meng released was pretty quick, no doubt about it, but the Elbrus missle system never saw the light of day. So we can hope that Merkava will be more close to the first mentioned here and we will get to see that soon. 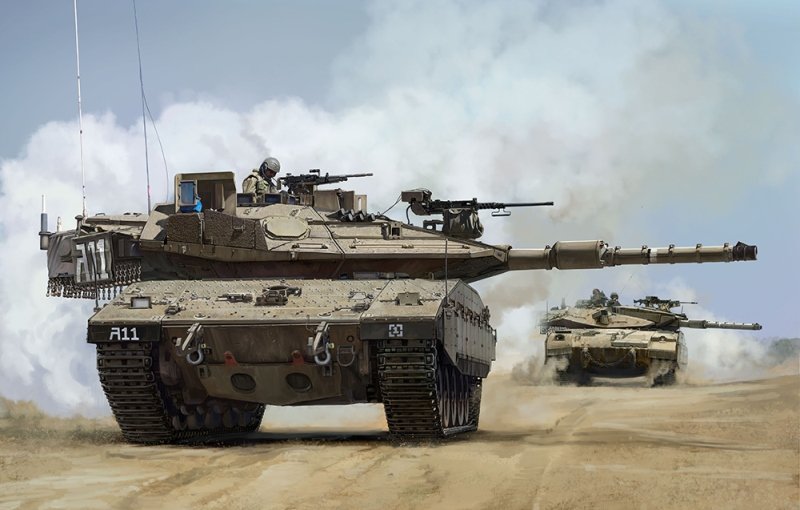 DN Models started their line of masks with many ideas for IDF fans. One of the first masking sets we made were for Meng Model D9 Doobi. Of course, we have some sets that cover Merkava tanks, M109s, Achzarits and Pumas, as well as ball and chain sets for those old Academy and Hobby Boss Merkavas. Hopefully, Merkava 4.M will be covered by some of these already available in our store and eventually, based on the release from Meng Model, DN Models will try to expand towards that particular subject.

As mentioned above, Merkava IV is the latest /known/ Israeli tank in service and one of the most futuristic looking vehicles in the armor business. It is considered by many for the best tank in the World, better than the Abrams and the Leopard. Even not being a fact, that creates attention and interest and it is one that is deserved. Let us wait and see, did Meng Model created a kit that will blast us all away, or we will need more from them and the aftermarket companies.