F-35 has been made into plastic model several times already. None of them accurate. It isn’t something surprising, having in mind the fact that most of the planes are being carefully guarded at the airshows and nobody is allowed close, let alone to take pictures.

With that said, anyone in decent mind would imagine how little has any company have to work with, designing a scale model kit of this airplane. The first serious kit was Kitty Hawk, but with its ridiculously thick RAM lines it went straight to the bin for many.

Now don’t get me wrong, I am not rivet counter but in the same time I was happy enough to see F-35 back in 2005 for the first time and it had nothing to do with the kit and its bulges that Kitty Hawk offers. Despite this it can be turned into a great model, but that is avoiding the accuracy.

Since many complain mostly about that, let’s see what Meng has to offer. 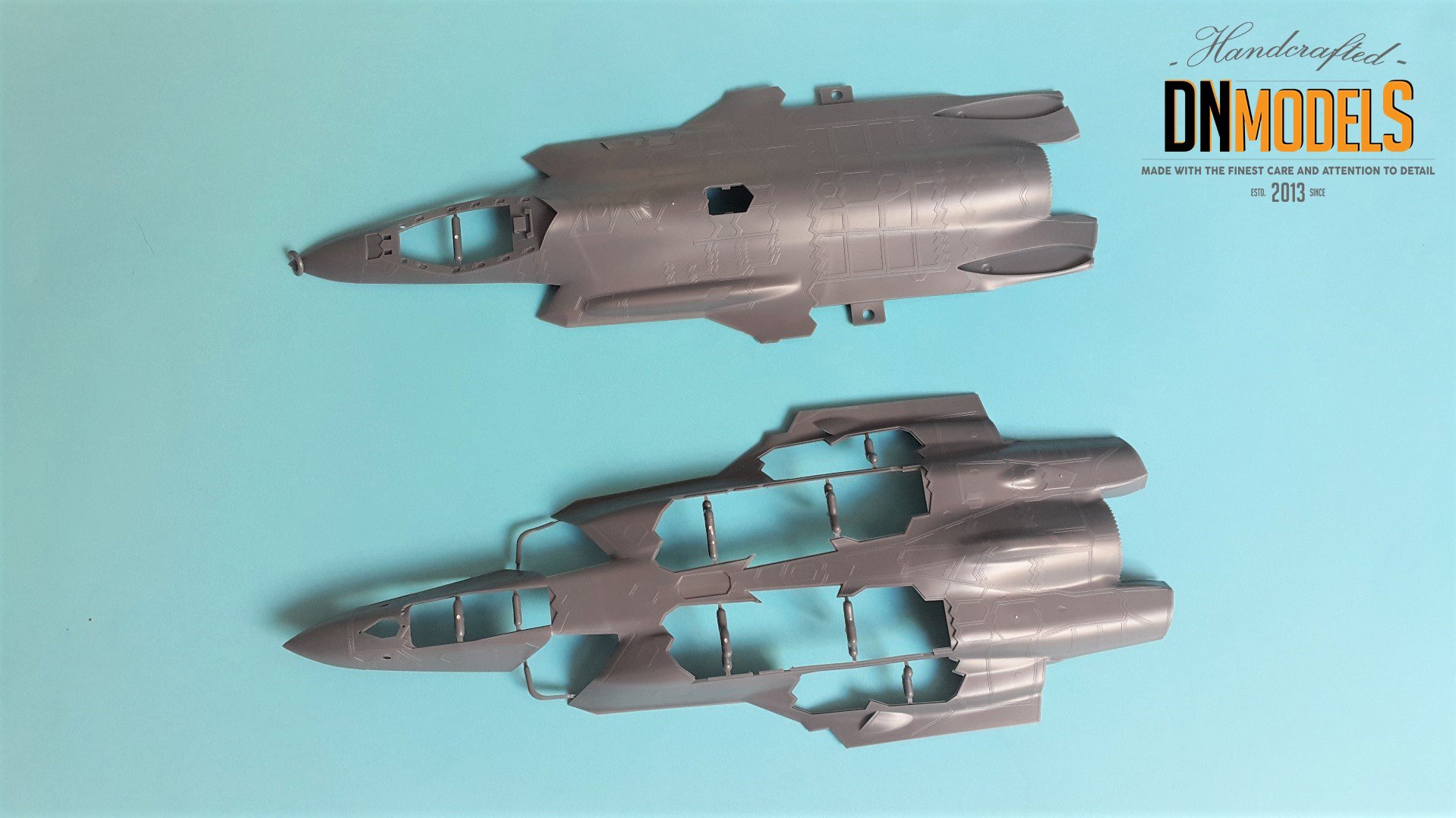 Typically from Meng we get glossy and shiny looking instruction booklets. Not here. Maybe due to economical reasons, I don’t know. But we don’t have the shiny glossy booklet and instead we have a black and white one with a quality far behind what we used to get.

One of my pages even had drawings from the next one, which speaks about very poor design and production. This isn’t what I am use to see with Meng Model and I would allow this one trouble without saying anything more. It happens. Even to the best. 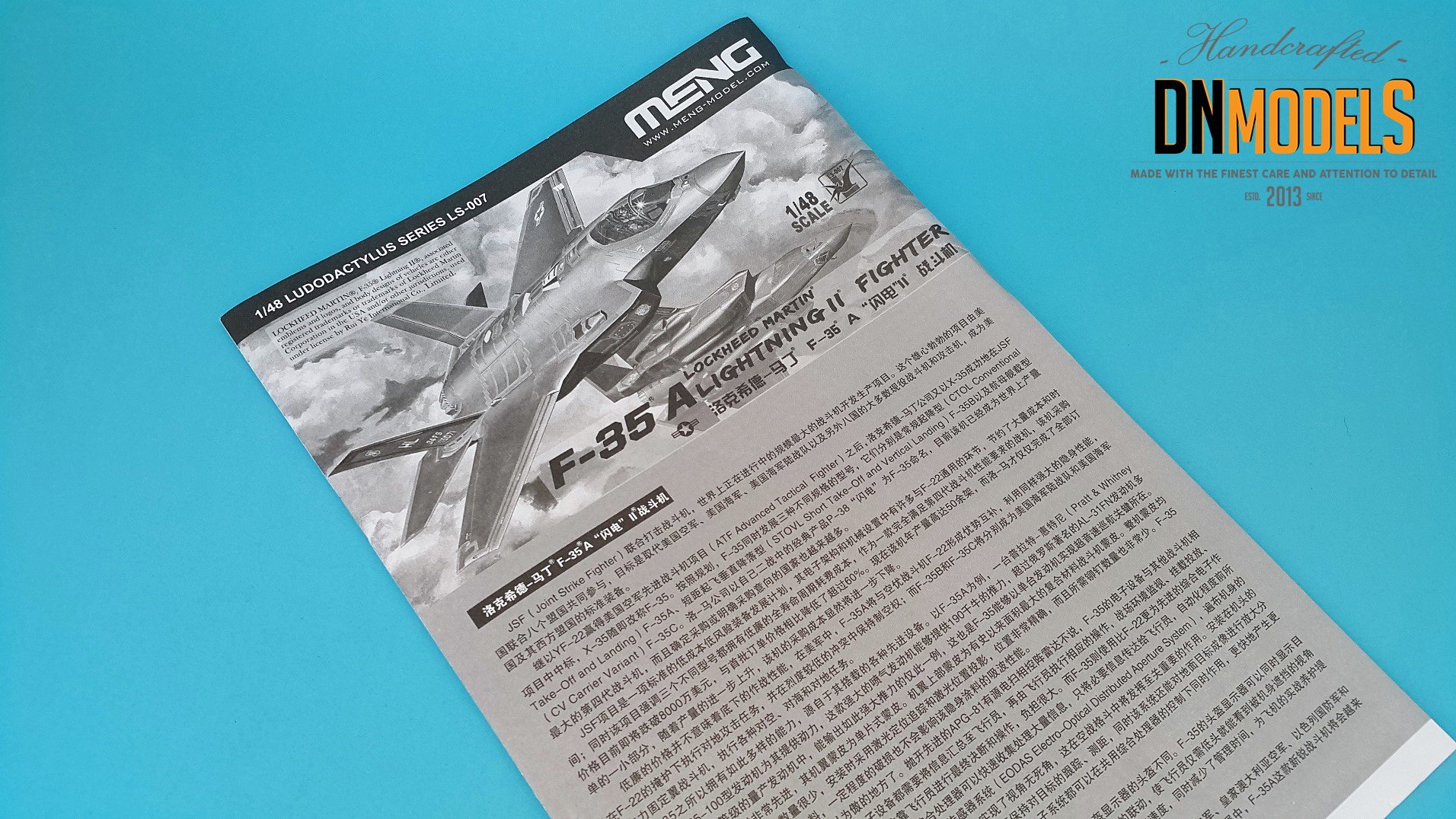 The booklet features clear explanations as before with their other models. Fewer parts in total, but that is normal knowing the subject. Also options. We have such with weaponary, with gear, stabilizers and canopy.

For the outboard weapons, there is a nice explanation on what is supposed to be placed where, probably with the idea that many might try and overload the plane, looking for more extravagant look, forgetting the accuracy.

Overall, if we forget about the look of the book itself, it is very decent as contents.

We have dark gray plastic from the well-known Meng model material, being famous with its quality. Their dark-ish plastic that I’ve worked with before /primarily on T-90/ is to be praised and there is no two opinions about it – here it is a big plus.

Surfaces are thin and delicately molded, with the material allowing for easy sanding and being stiff enough to assure confidence in the modeler. Thin surfaces as leading and trailing edges are the new benchmark for quality modeling and Meng Model provides here. 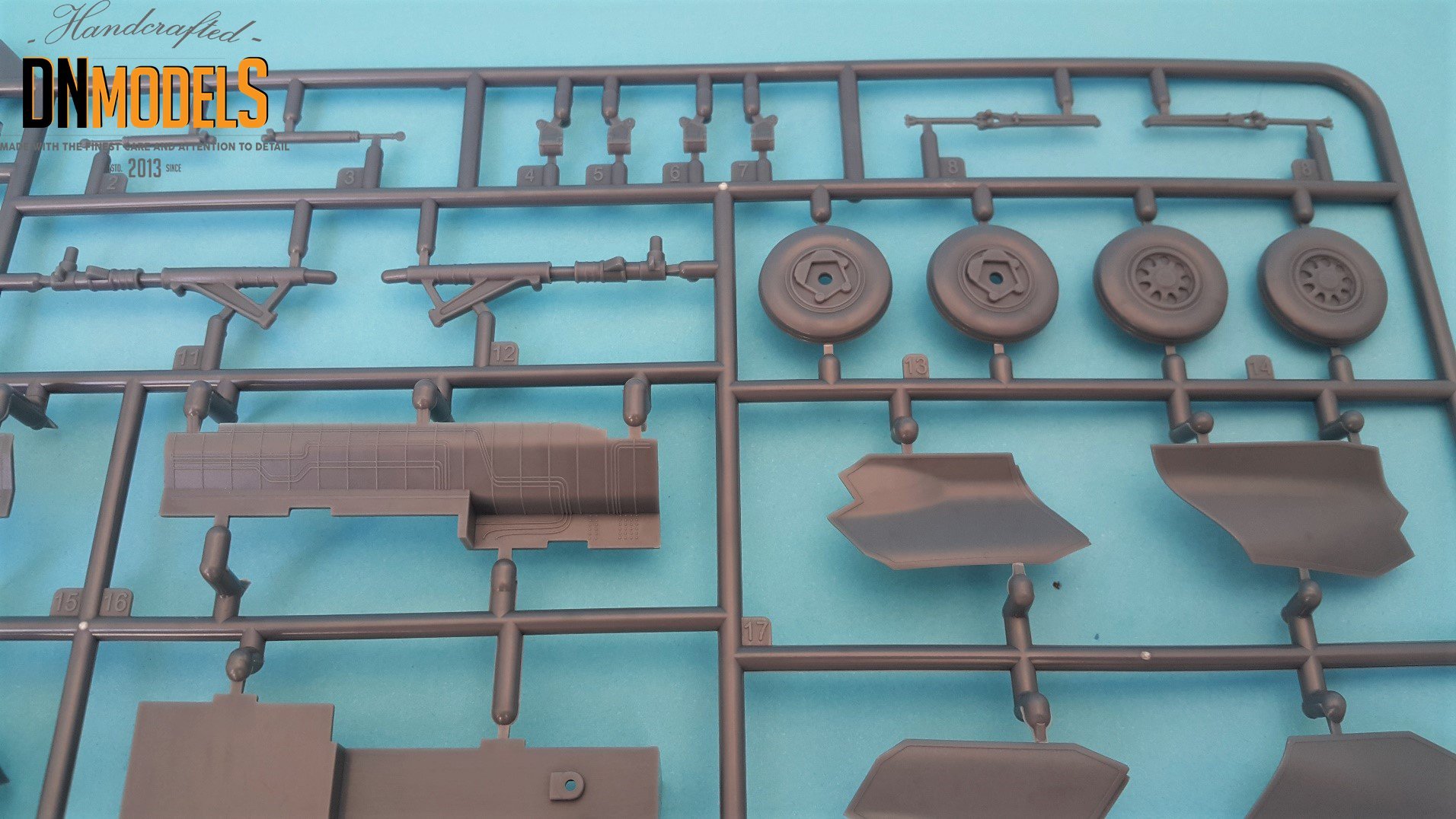 Nozzle inclusive. This is a bit of a trouble with Kitty Hawk, mostly due to its thickness. With F-35A from Meng, we have a clear winner and in my opinion no need for aftermarket.

Wing surfaces are clean and crisp and whatever small details we might have on the F-35 are molded with typical for Meng perfection. 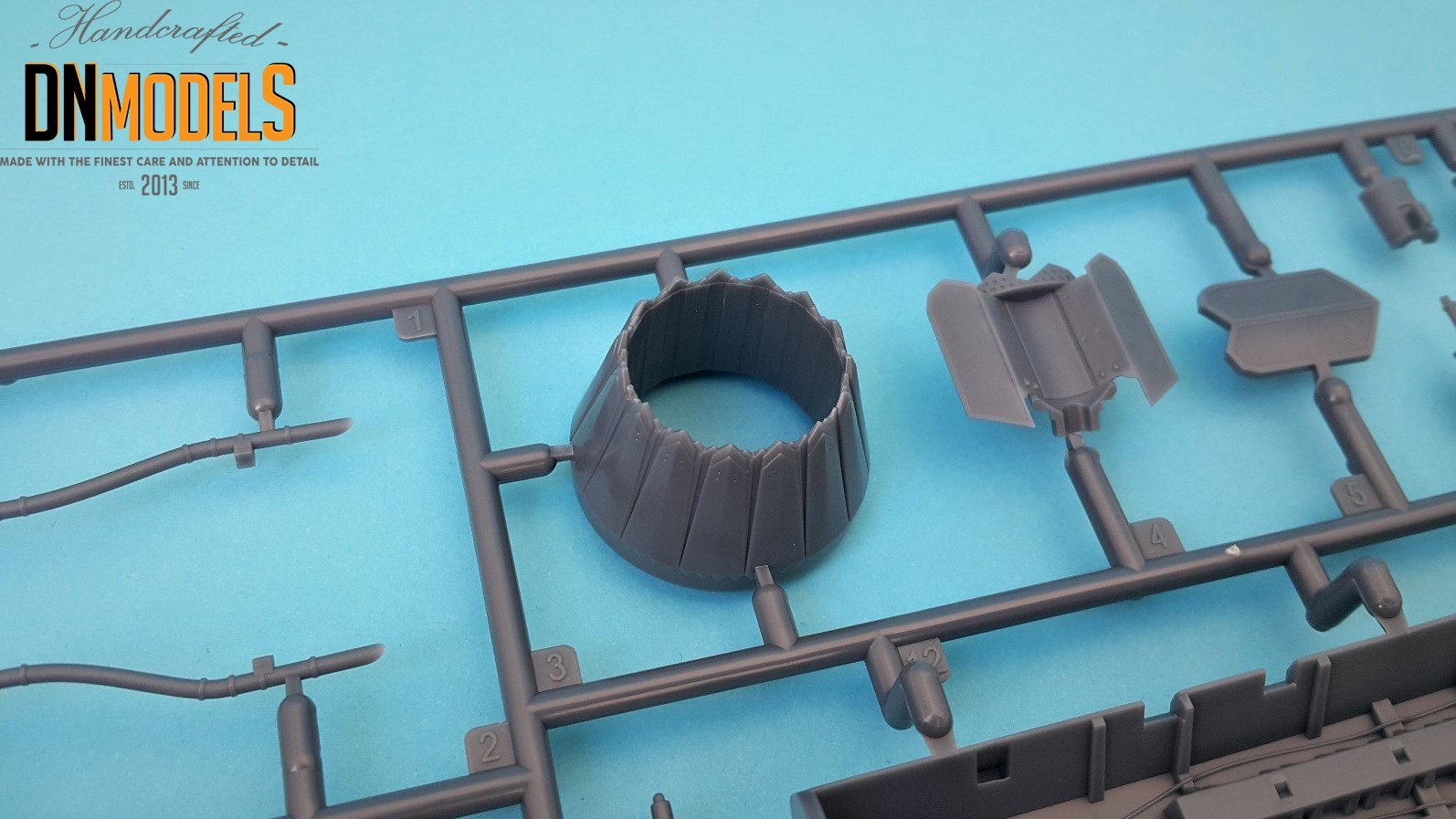 As far as the colored plastic material goes, I see no low points, despite maybe a note. And that is, that there could’ve been more part in general for this kit. I think it is a bit over-simplified. That is not a necessary minus though. In my mind I compare that with their T-90 which for a tank features enormously large amount of sub-assemblies which if you compare to F-35A Lightning II it will look far more complex kit. 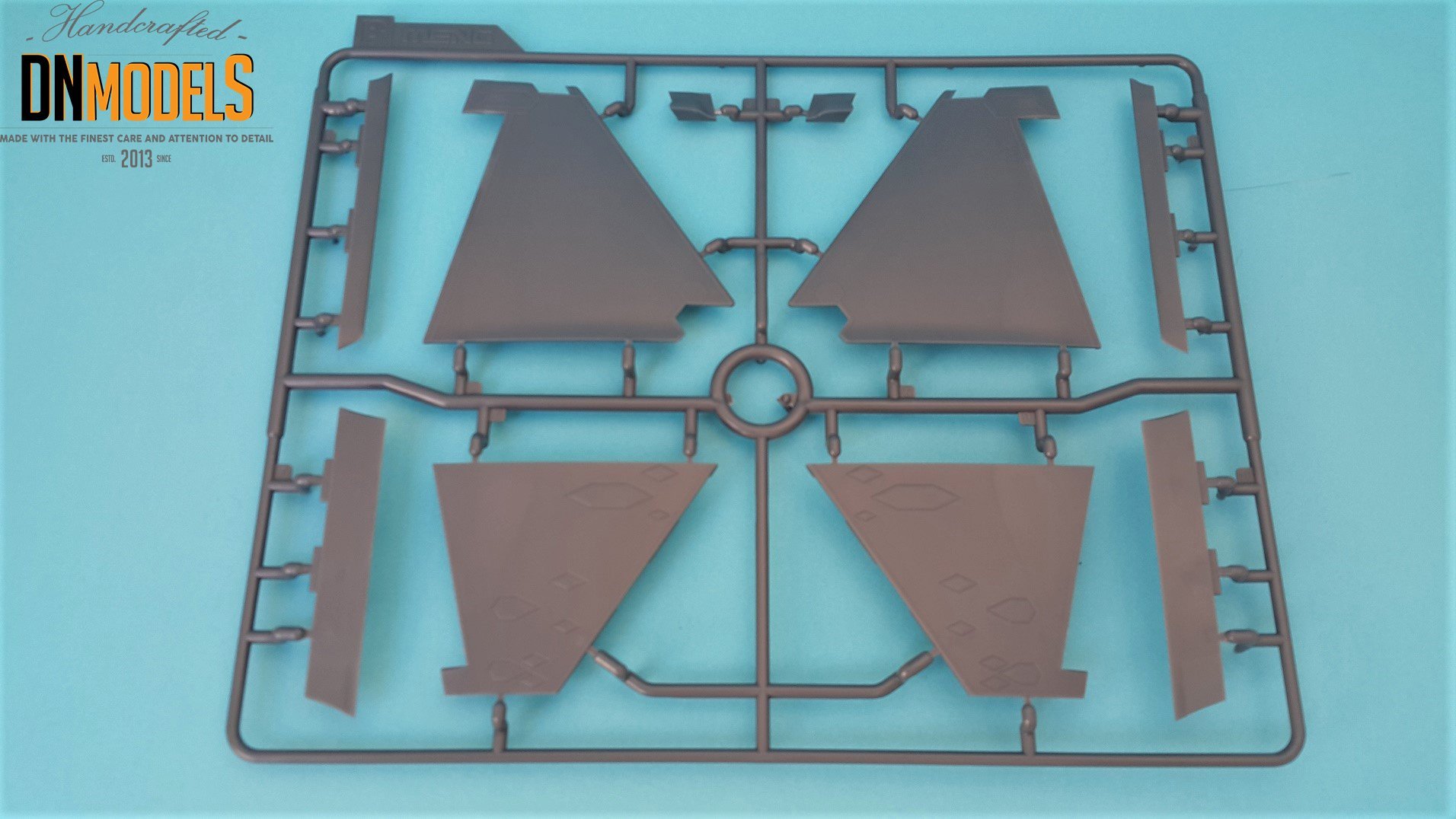 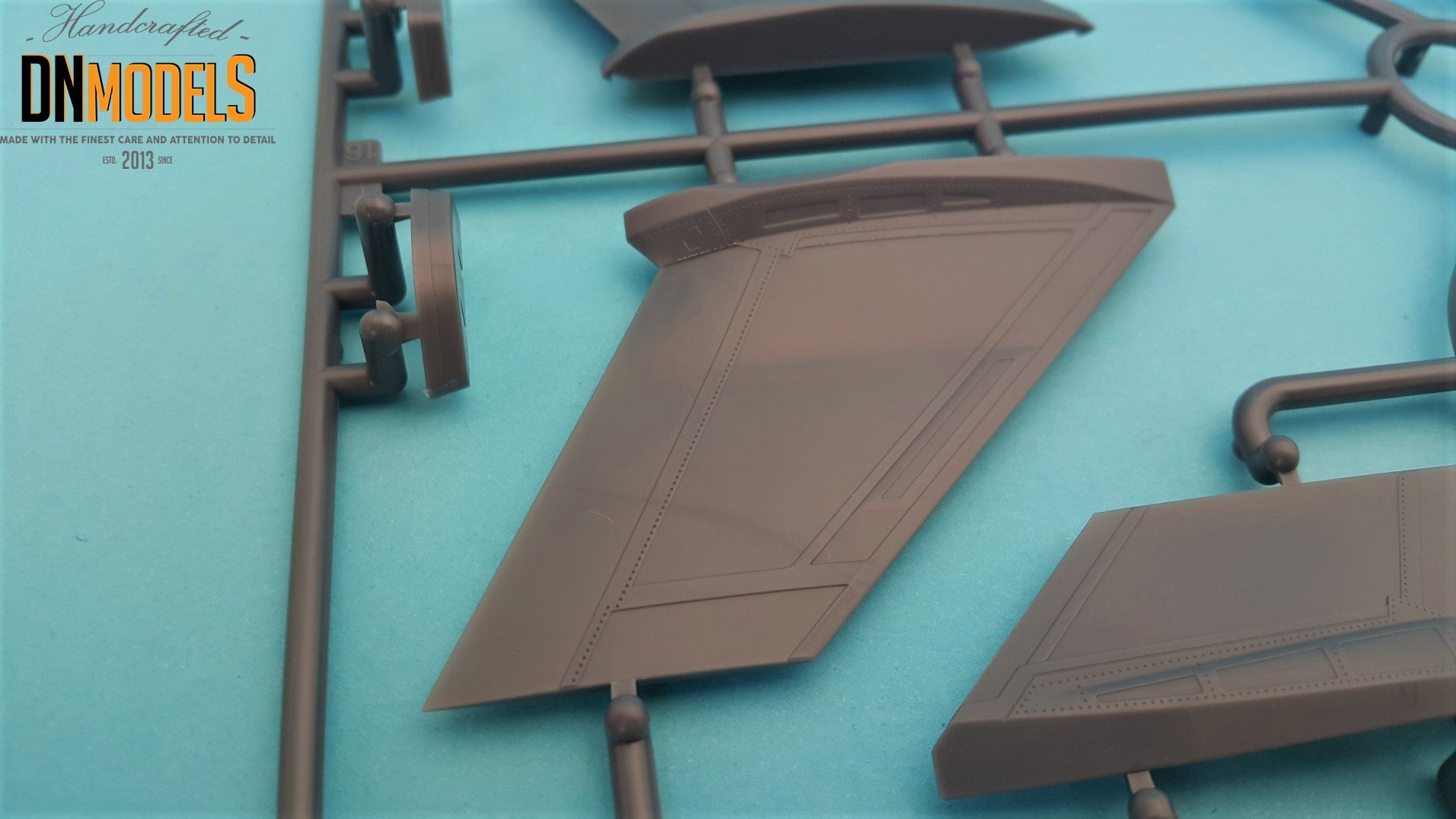 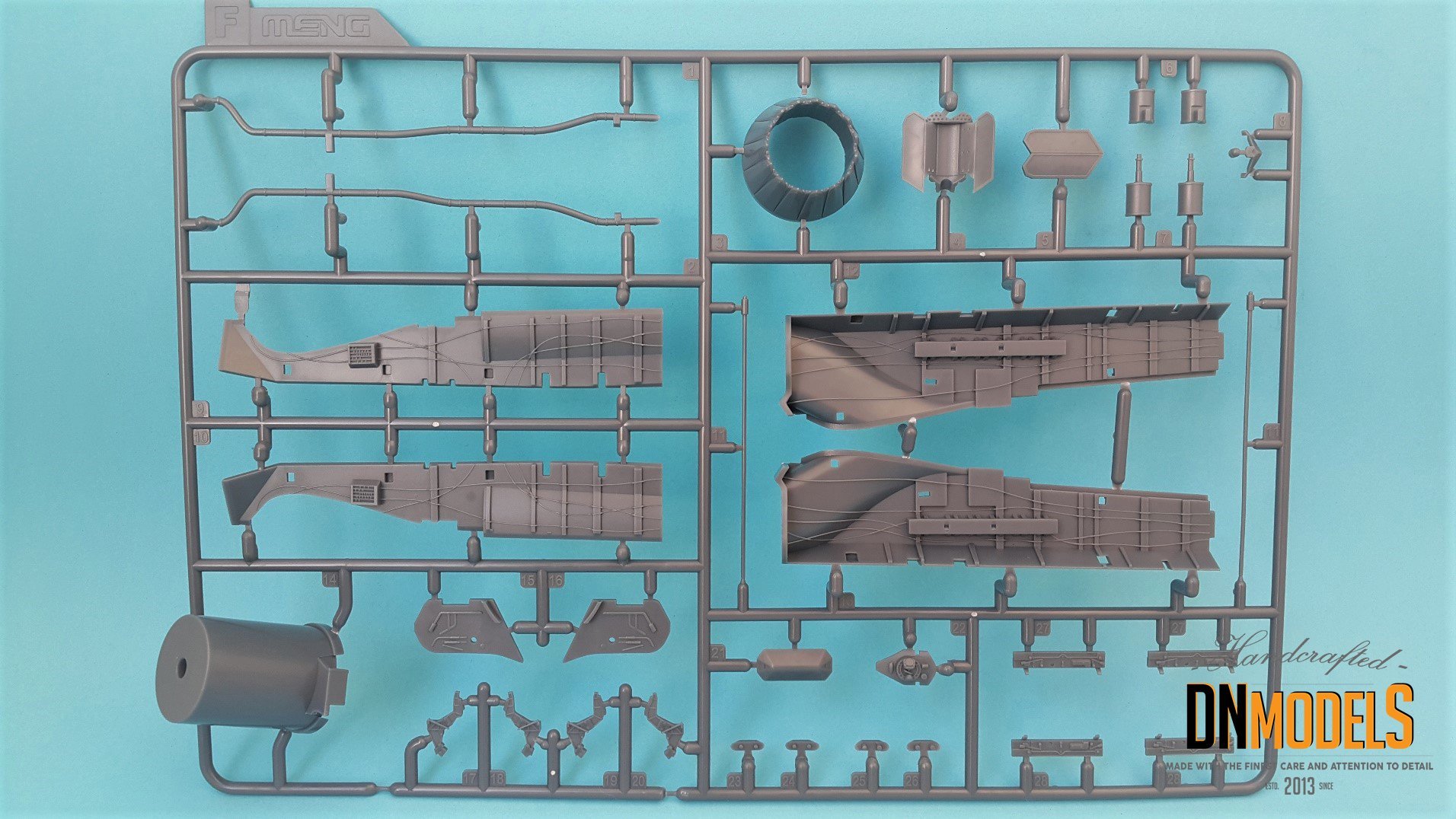 Those are great! They are not many, but with very good looks and from what I’ve seen and tested with the number of D9s that I’ve built – Meng know what they are doing when it comes to clears. The canopy isn’t tinted, which for many will be a letdown, but that isn’t necessary. Even if it was, it would’ve been far from the reality, since the tint of the real deal is something that hardly anybody can replicate in scale. For sure not from the production point of view. 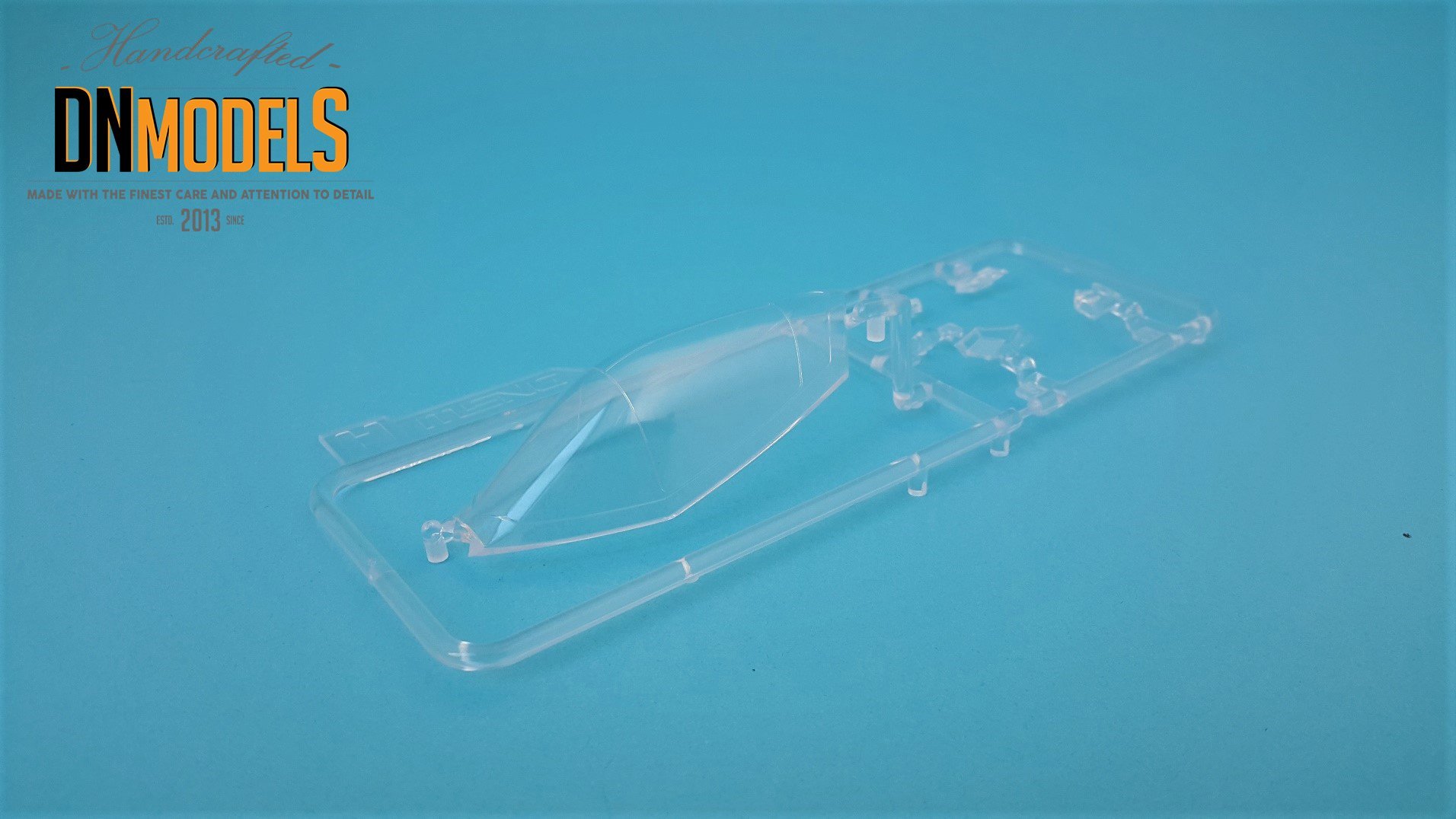 With that said, I gotta add that the transparency is very good and there are no distortions. The job is well done here, although I know that many will ask for more.

We have a small PE sheet with exactly three parts. Not typical for Meng Model – again. I don’t know what provoked such decision, but when I got to that point of the kit and everything else that I mentioned, I am pretty sure it was the economical view of the model itself. 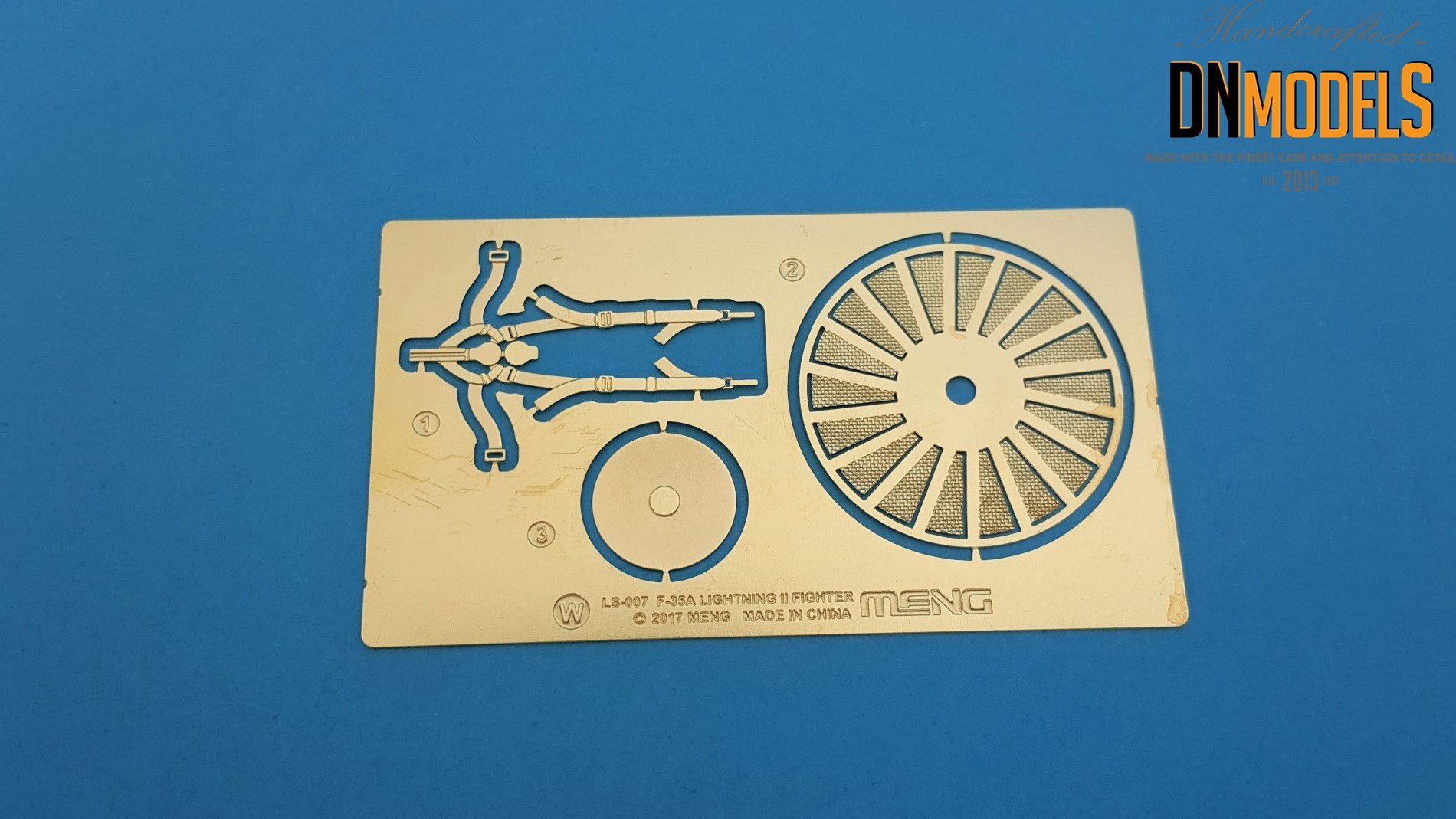 Decals are very nicely and tidy arranged sheet, with 2 US versions featured. As we all know, Meng model announced Japanese F-35 version already, so that should answer it. Maybe we will see few more, packed differently. Lowering the decal options and spreading everything into different boxes with lower production run will give more kit numbers for Meng’s portfolio and keep the price lower.

For the decals there is one small sheet /smaller than A4/ with color schemes. Now this is the worst part of the kit. Absolutely horrible in terms of colors, look and quality too. It looks like it was printed in some Chinese garage by a teenagers, not like something that a major modeling company would make. 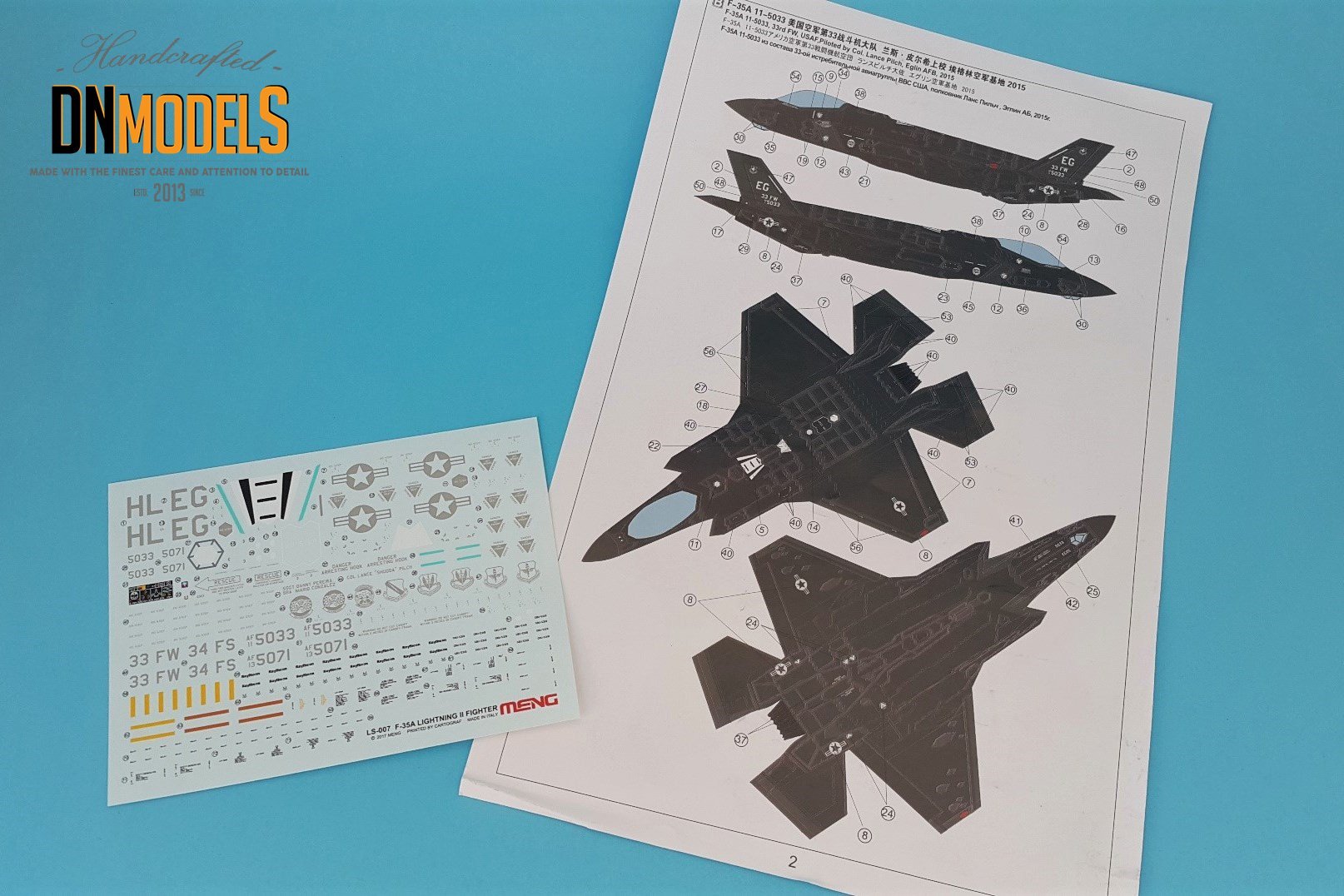 The plane is depicted almost black, which is as far as possible from the reality, RAM lines are barely visible and overall contrast is awful. This is by far the worst Meng color instruction that I’ve seen.

The box is rather small for that airplane but it looks great. With its satin boxart it looks very futuristic, combined with slightly purple-ish look of the painting. The quality of the plastic and the molding is typical Meng. No troubles with that. RAM lines are the best ones I’ve seen on any F-35 Lightning II model although they are still far from the reality.

The two options available may seem limiting, but they aren’t and I’ve mentioned why above. The canopy isn’t tinted but everything else about it is splendid. 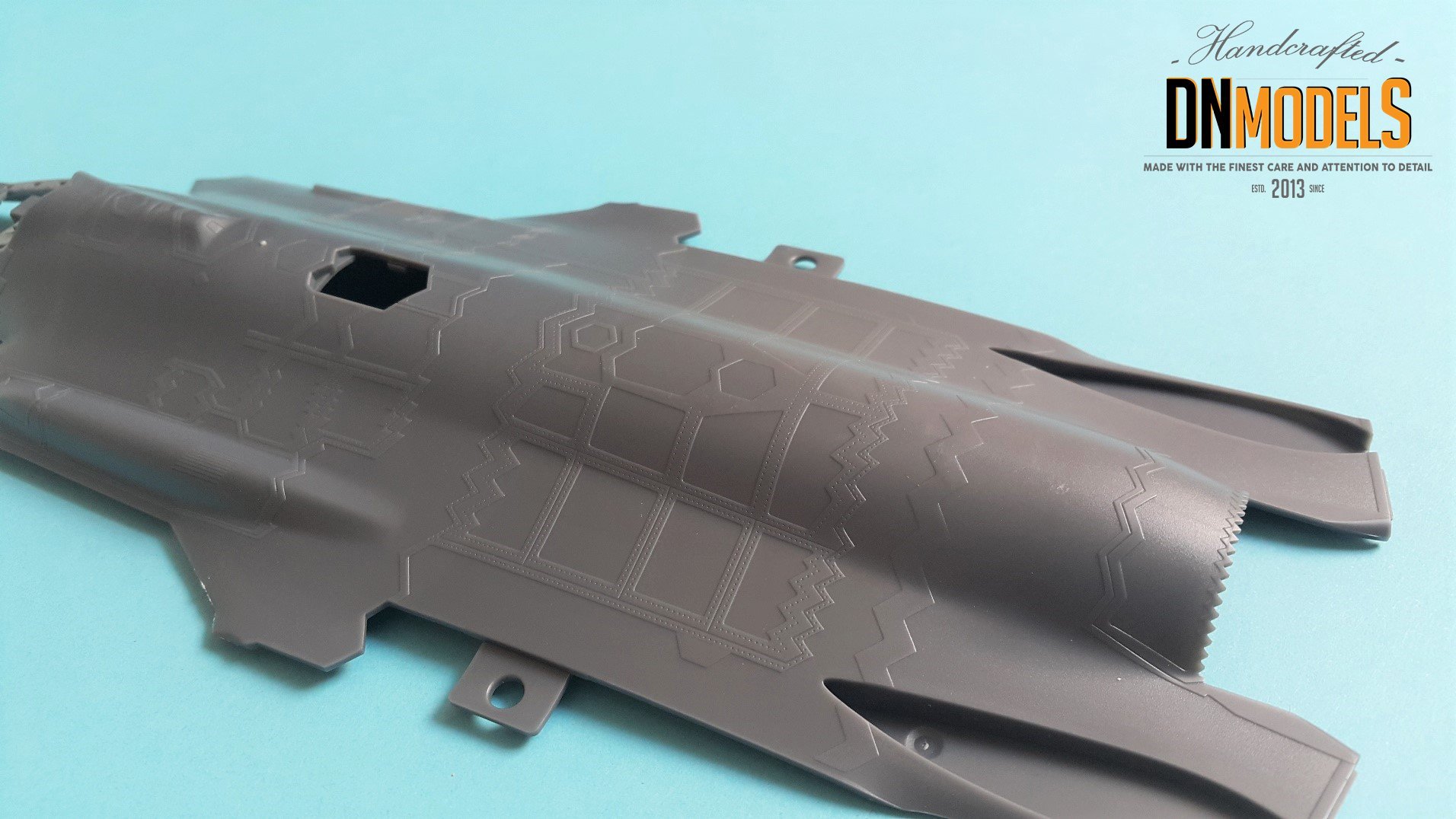 So despite being full of controversial facts, this kit is probably the best F-35 on the market today. Italeri could’ve done better if they managed to fix the RAM lines. But they never did. And what makes their kit comparable with this one here is the scale, since they are in more favorable position with that.

Comparing this with Kitty Hawk, well, MENG wins. No doubt about it. The details are thinner and more realistic and even though everything looks a bit dull it is due to the fact that the subject is designed to be dull looking – both for radars and people.

Having said all that, I would recommend this kit. Not highly, but still.

Only a fool would believe that there will be a decent and accurate kit of F-35 in any scale soon. Not for the next 15 or 20 years at least. It is a product of a game that plays with billions at stake and again, this is with a “B”.

So don’t expect miracles. As far as normal expectations go, this kit is a good investment though.

Check out DN Models website for Masks for this F-35A Lightning II kit.