MENG F-4E was a certainty. At least for all of us, who knew that MENG won’t stop with their release of the F-4G, which is expected to hit the stores in the mid of December. After all, the Wild Weasel G Phantom is far from the most famous F-4 variant. But the E on the other hand, is considered as the most advanced Double Ugly produced by McDonnell Douglas. Not factoring the latest service upgrades from the foreign users of course. And with that, it is definitely the ultimate Phantom out there. So MENG couldn’t have missed that. 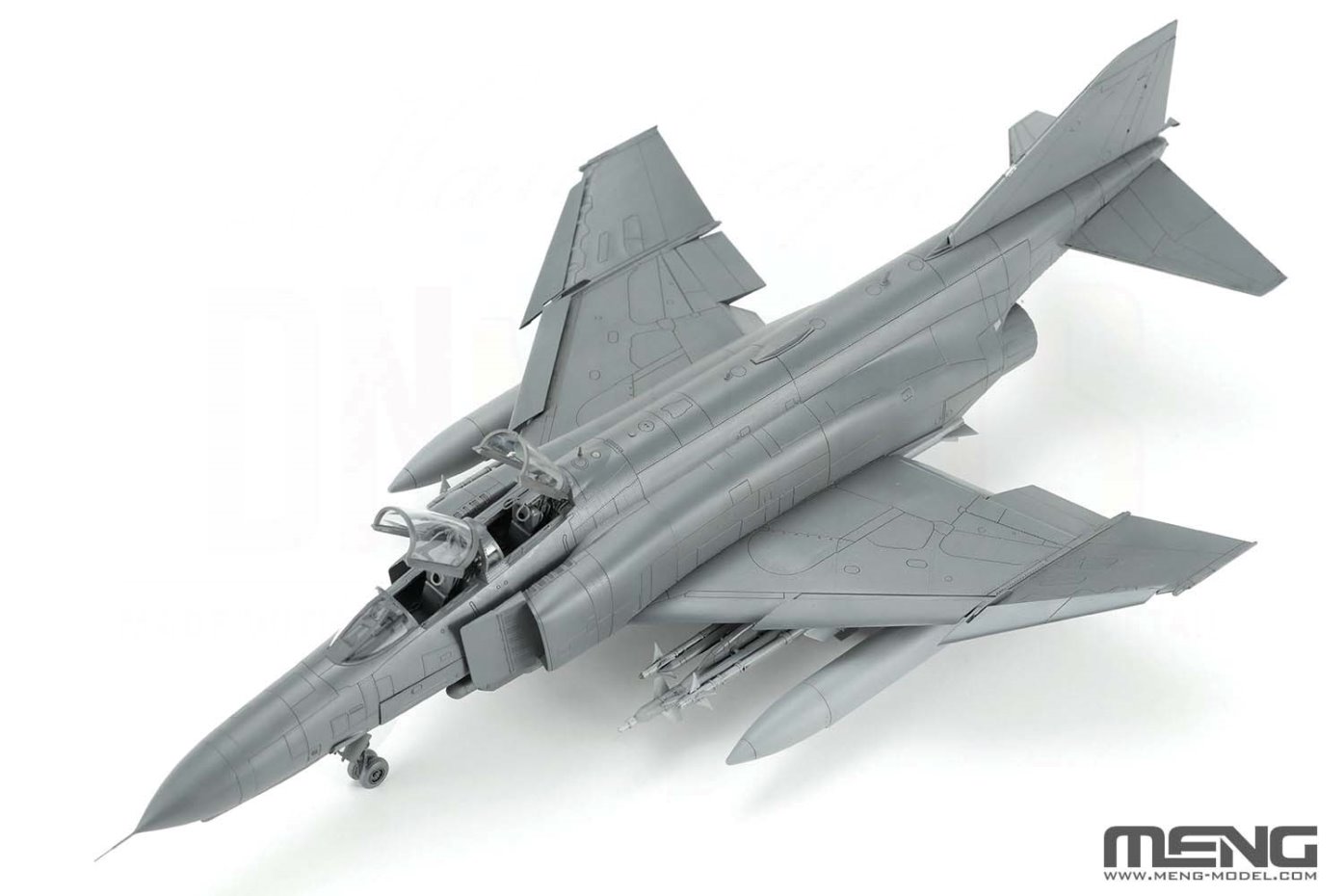 After Zoukei-Mura and Tamiya, what should we expect from MENG’s F-4E? They hinted that photo-etch elements are going to be included, a metal Pitot tube, paint masks /probably canopy only/ and three paint options. MENG also released some teasing pictures /seen in this article/, showing clearly the late variant slatted wing, which seems rather intriguing, despite the competition from Zoukei-Mura. The panel lines and the riveting seems delicate and made with a nice touch, without overdoing it or exploiting the area like some other companies love to do. The geometry seems superb at first glance, surfaces – crisp and clean. Canopy especially, showing wonderful plexiglass look and clean frames & perfect fit. Latter one, usually a weak point for most of Phantom manufacturers in any scale, especially the mid-section. 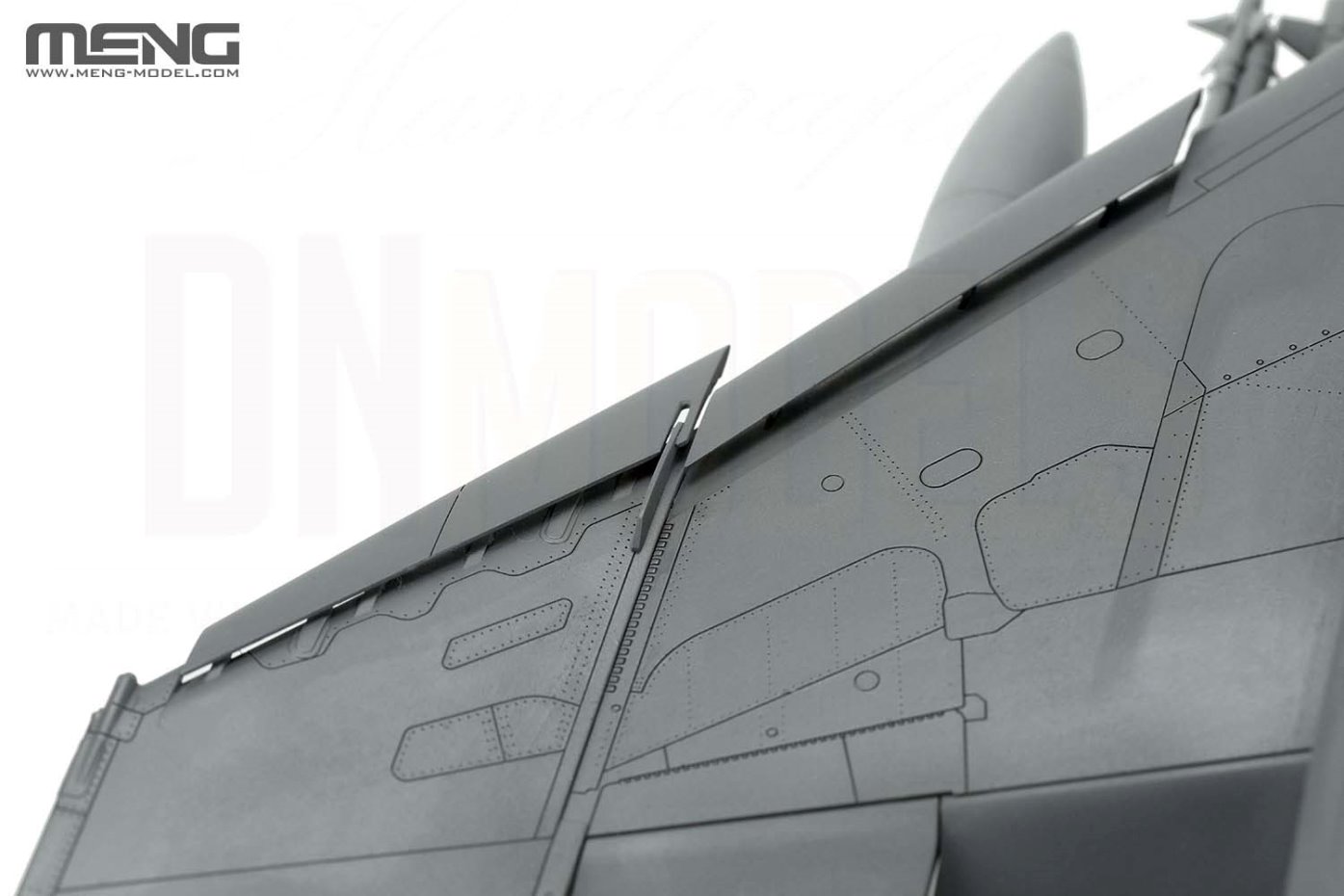 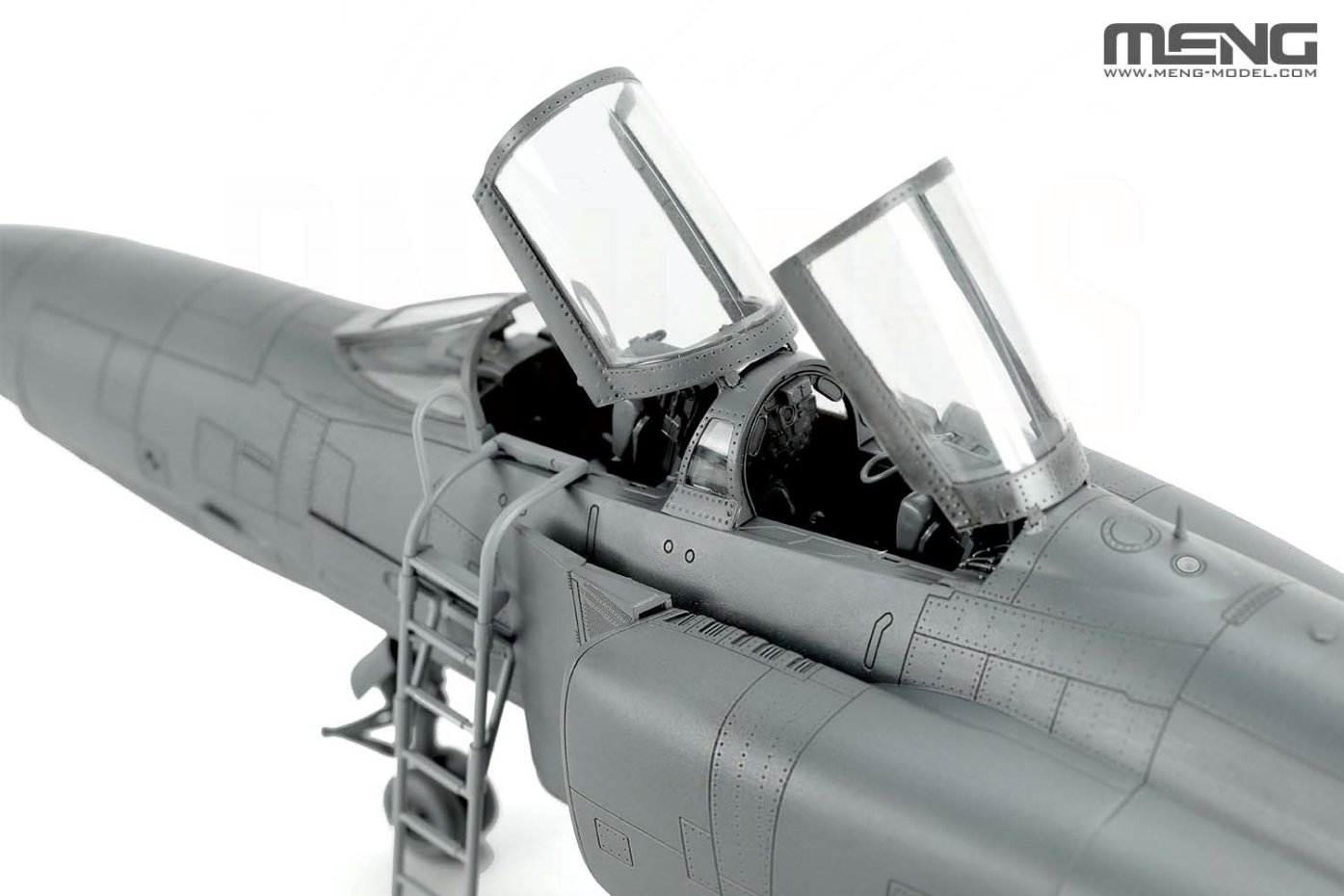 From the look of it, ordnance seems impressive as well, as expected from an established and well respected producer like MENG. Air-to-Air and Air-to-Ground weapons are included, as well as fuel tanks and a pod. In other words, you can do pretty much whatever you want with the kit – everything is inside. At least when it comes down to late F-4E Phantom II. Speaking of which, we should consider the paint options as well. Our expectations were for an E Phantom with Israeli colors to be the first release from MENG on that specific variant. Knowing their long affair with IDF subjects and the huge demand for IAF Phantom, that was certainly one of the most favorable options. After all, F-4Es from Israel solidified plane’s fame as one of the most advanced flying machines ever. 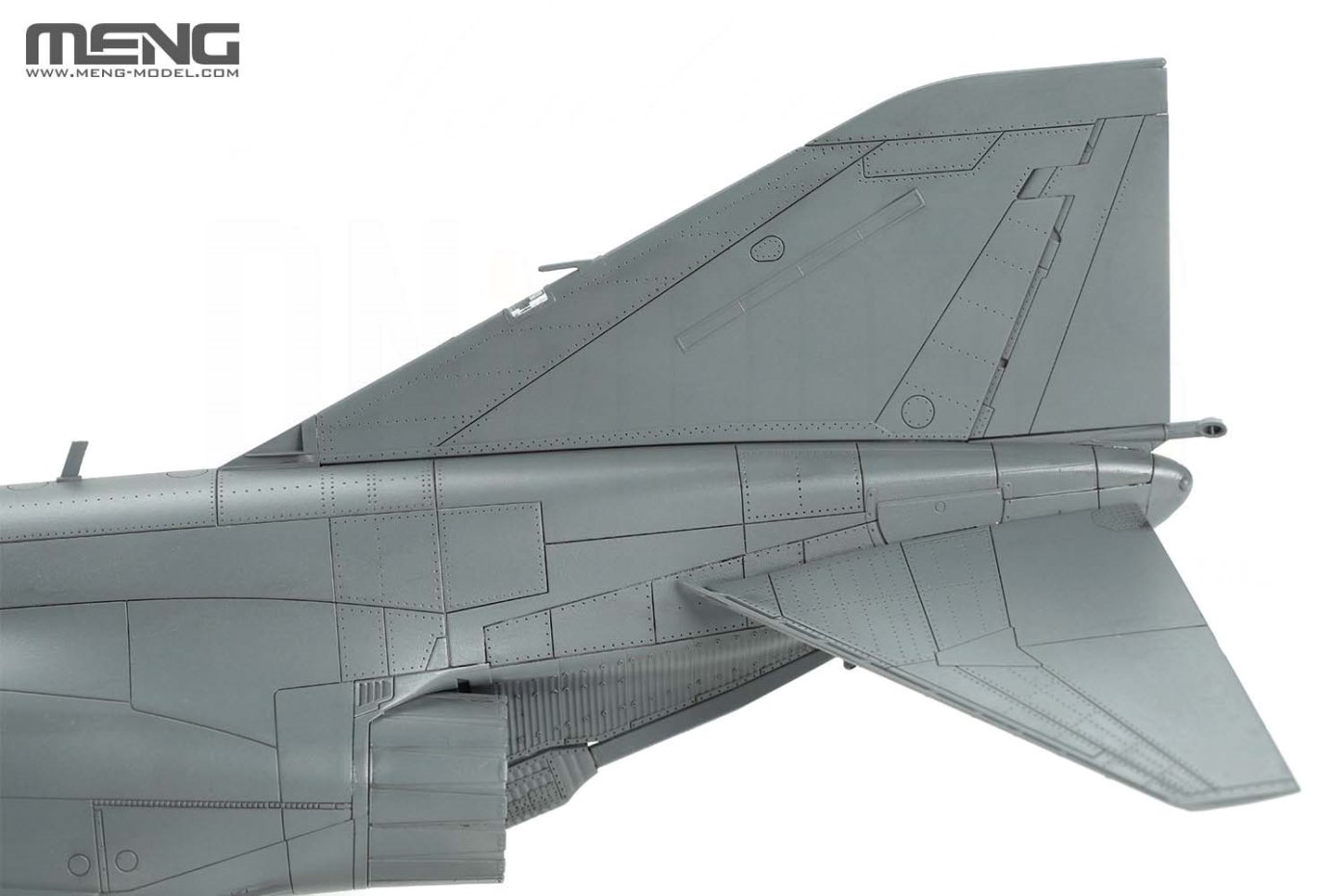 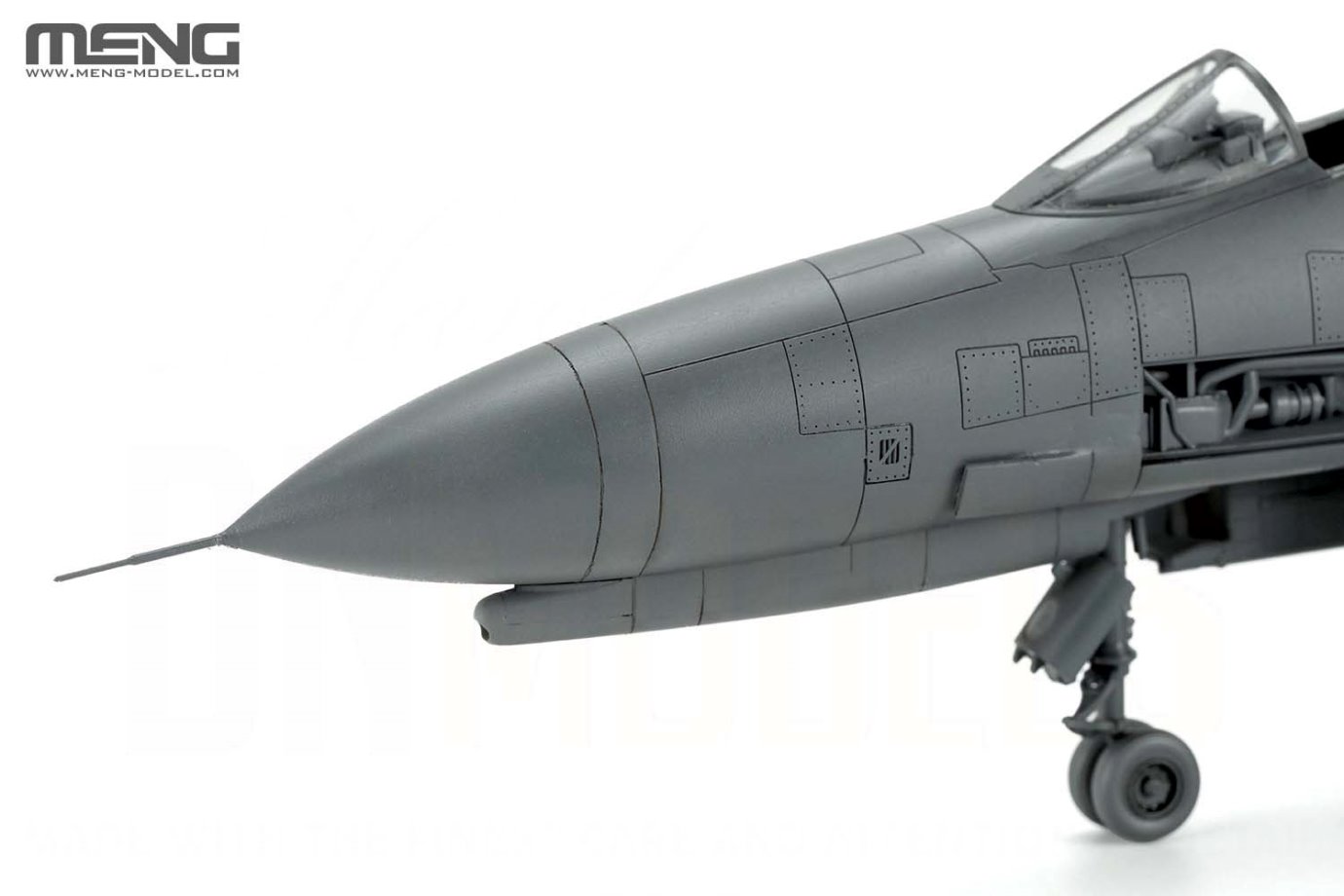 However, it is not yet known what will be in the box in terms of paint scheme variants. Hopefully not for long. But it is certain, that Vietnam Era Camouflage typical for F-4E of that time will be there. It has to be. This is probably the most famous camouflage of a Phantom ever. Besides that, E Phantoms can be seen in many other paint forms, with some of them still flying to this day with Hellenic, Turkish, Iranian and South Korean Air Forces. In other words – options are practically endless. 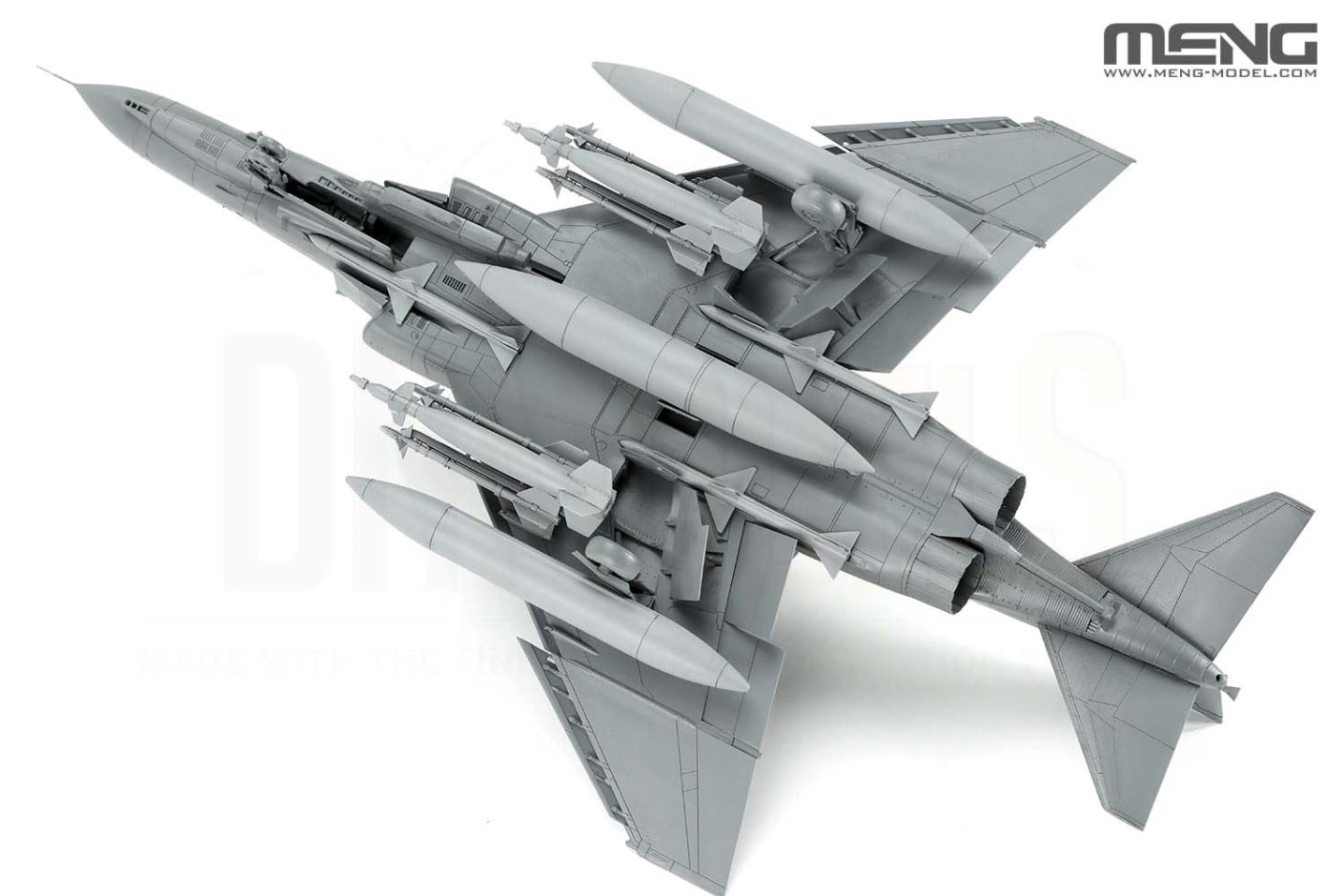 How well this Phantom will be accepted is a matter of another discussion, but our best bet would lie on the MENG’s reputation of a professional model maker, which is loved by its fans. With their recent releases of the Super Hornet and now the Phantom, MENG are taking a course which will cause a lot of headaches for the competitive companies. MENG know how to please their clients and in the same time the packages they deliver – in the way they deliver them – are almost perfect. So, beware competitors!

We look forward to more Phantom variants from MENG and maybe, just maybe – they will be the first deliver the Recce Phantom of the new age modeling.