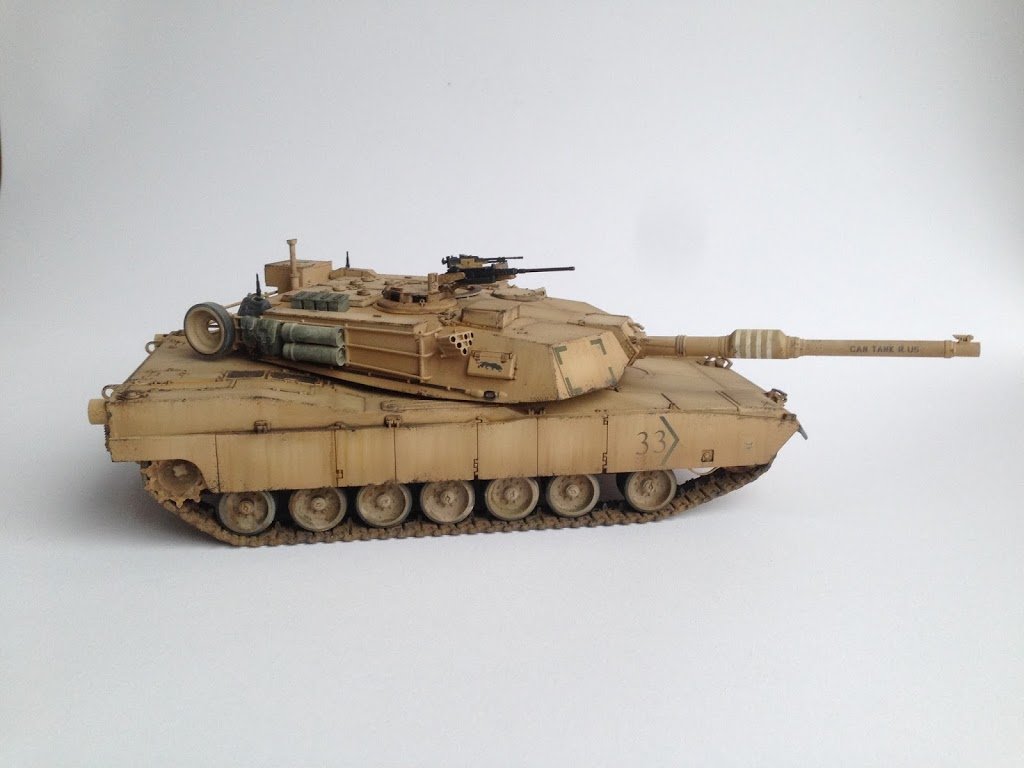 Operation Iraqi Freedom is widely discussed among military experts, journalists, and of course – modelers. Vehicles used are not the main subject ,but the popularity of that operation, grabbed my attention and I decided to dig more into that. After having hard time deciding which vehicle is worth the try to build, I decided to get decent but not high-end priced models, to see how it will goes. One of those is Academy Bradley, the other one is tank featured here: Tamiya M1A2 Abrams 1/35.
Tamiya models are well know as the easiest ones to build and one of the nicest on the market. This one is not new, but still has most of that qualities. It is well known, that Dragon build the best ever kit of Abrams /which for sure will be among my next projects/, yet Tamiya kit is good enough and worth the money.

Tracks are vinyls but they are looking very very cool and realistic. Every modeler who had experience to build Merkava I from Tamiya and Merkava II from Academy, which are almost one and the same, knows the difference
between vinyl tracks featured in those two kits. Same here, tracks are wonderful.
The model build is quick and painless, moving parts are cleverly engineered. Tamiya provided many add-ons for the basket and the sides to hang, but I decided to switch some of them with my own.
I added resin from some spares that I have left from previous subjects concerning Third World Countries, having in mind that, if this vehicle was there, was likely to bring something from that area aboard.
Since it is a one-color camouflage scheme, it is hard to make it look very interesting only with proper painting, but color modulation helps a lot. The exact color is also widely discussed, and since opinions vary from Gunze-Sangyo through Tamiya via Vallejo, I decided to use and mix what I have to get the best result. My shades are made from Tamiya but my base color is a mix from Gunze-Sangyo and Tamiya. Contrary to most of critics, those two mix well and since I have all that I needed in stash, paint job was a quickie.

Weathering is tricky, because these tanks are used in city areas, and eventually traveled on some open roads too. Middle East is not Middlesex so rain is a rare sight. But then, some different techniques was about to be tried! Interestingly, most of desert weathering looks very neat, even though I expected to look subtle and invisible on some places.
I tried not to overdo, and stopped just before I get to the point where I think it is enough. I have mentioned in my previous articles why I do that.

The final result was decent, which gave me an inspiration to finish my Bradley. It is not an interesting article, but since it is already in stash, I will develop some desert weathering skills on it, so I can use them on Dragon’s Abrams which I am about to get.
This M1A2 one is already listed for sale, with price slightly higher then what I planned, due to resin and plastic add-ons that I was tempted to use. So, once I ship it to its new owner, I will hit the Dragon kit with my best skills.
The overall look of the tank is very cool. It is low-profiled vehicle, with mean appearance. Definitely one of my favorite tanks now. It can be done in green camouflage scheme, so this gives quite a few options for a different weathering. It all depends on what you wanna get in your collection.
If you are interested in the model, or you wanna ask some questions, please feel free to contact me. I might consider taking a commission built for green camo scheme Abrams or maybe TUSKII version which is newest release from Tamiya, as long as the featured desert camo.
Hope you enjoyed the article, and thank you for watching! 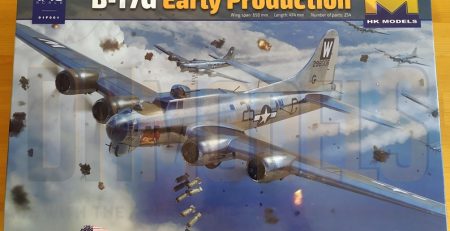 The show season is almost here, and this one... read more 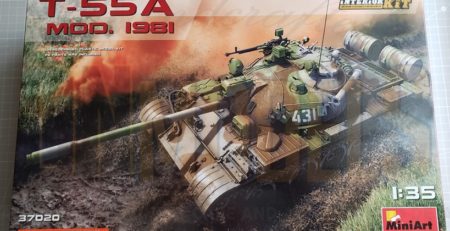 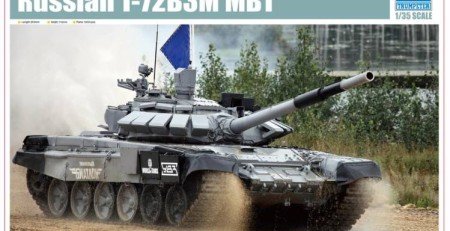 Trumpeter did it again - shortly after Meng Model... read more 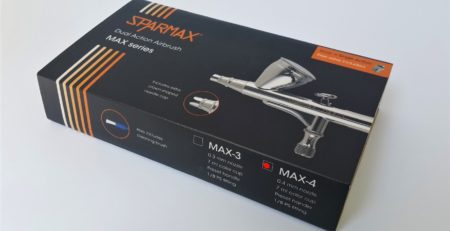