In London, meaning of transportation has evolved, but the general idea stayed the same for the last century or so. Being one of the World centers in more than one means, London was always a magnet for millions. That of course means that you need to have some way of making those people move. And that is a science, not just a technology offering. London Omnibus from MiniArt is a interesting glimpse into a time long gone. But not only. It is also an idea, what was the basis for a modern city transport. Particularly that city transport. On top of that, it is another offering in 35th scale with civilian appearance. Something colorful to cheer the modeling benches at scale model shows. Because some of us are a bit tired of death selling machines. 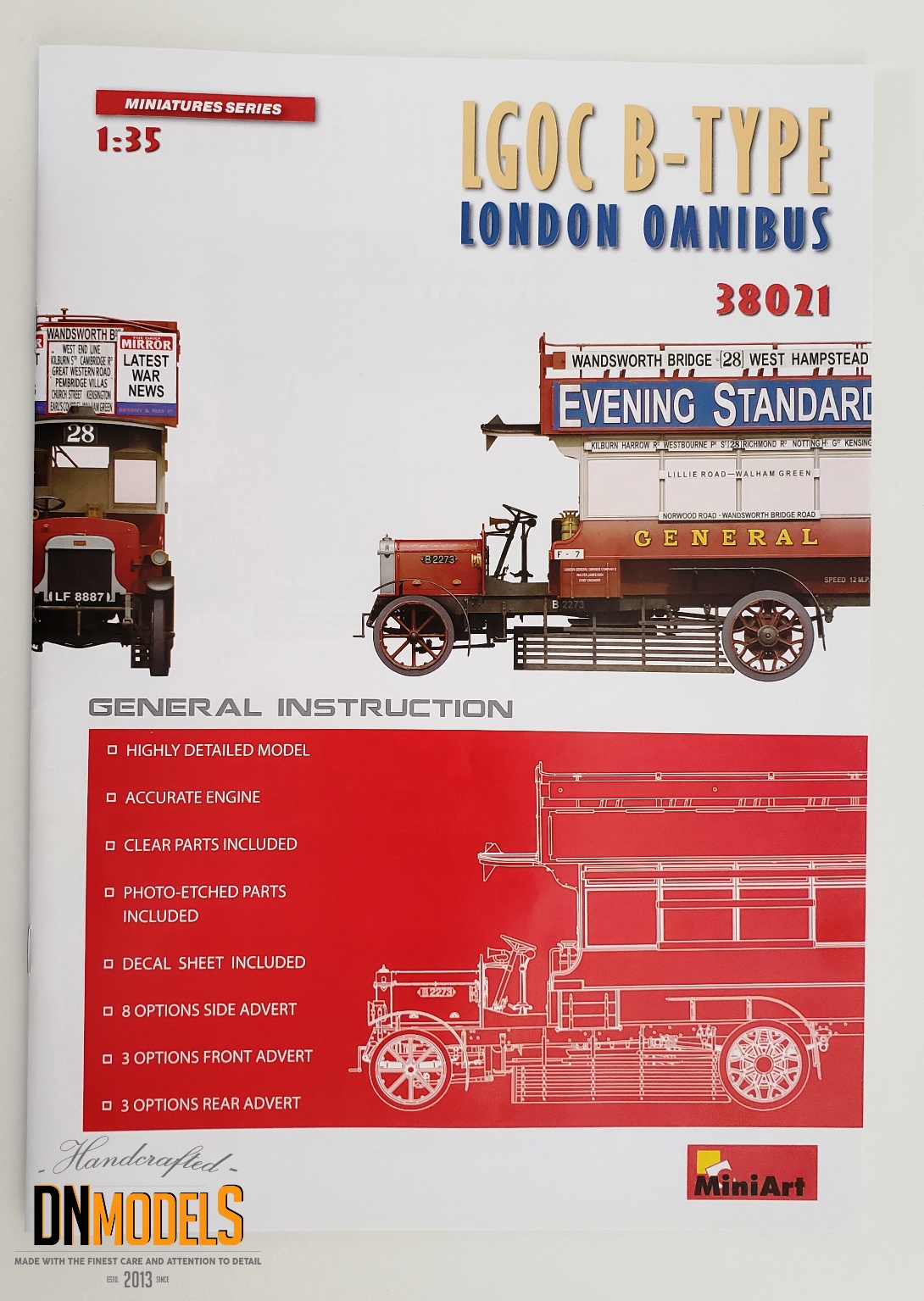 comes in bright colors as you might expect for such a kit. Besides, MiniArt are good at that part. Their boxes are always vivid. London Omnibus with its general appearance – bright colors, commercial stickers and tall profile – ads to that. As with the vehicle colors, the box itself is made in red. Something that you cannot miss on the shelf while looking around in your modeling shop.

On the sides you can find the standard kit description and on one of them there are couple of profiles included. Those differ slightly from the Omnibus depicted on the boxart, but in general bring the same idea. If you look closely, you will see that this will not be an easy task modeling-wise. There are plenty of decals, plenty of windows and – most challenging probably – the London Omnibus comes in red. As we all know – white, yellow and red are pretty tricky to be represented accurately. 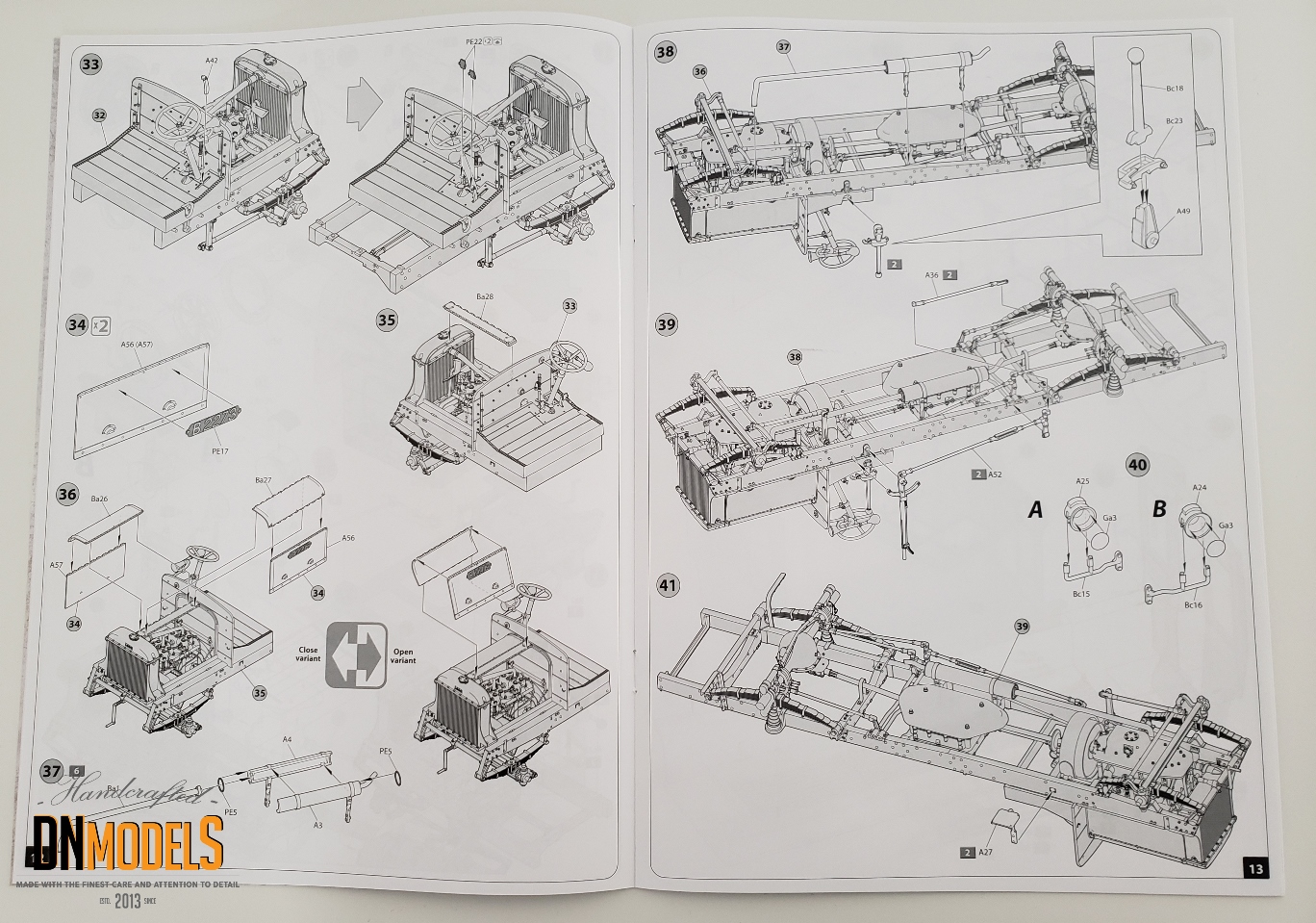 MiniArt provides clear and easy to follow instructions in general. As usual, the building steps are presented in minimalistic black and white appearance. The color is kept for the painting guide and advertisement suggestions. Latter one being plenty, considering that you can switch in between what’s given in the box and create your own combo.

Another interesting thing to mention is the color of the vehicle depicted on the color profiles. This was truly – a bright red Omnibus. But for its time. From our current perspective, the colors are pale and dull looking. Something that MiniArt caught perfectly. The contrast is clearly visible when you compare London Omnibus color to MiniArt’s logo. And that only adds to the realism and the feeling that you are building something from about 110 years ago. 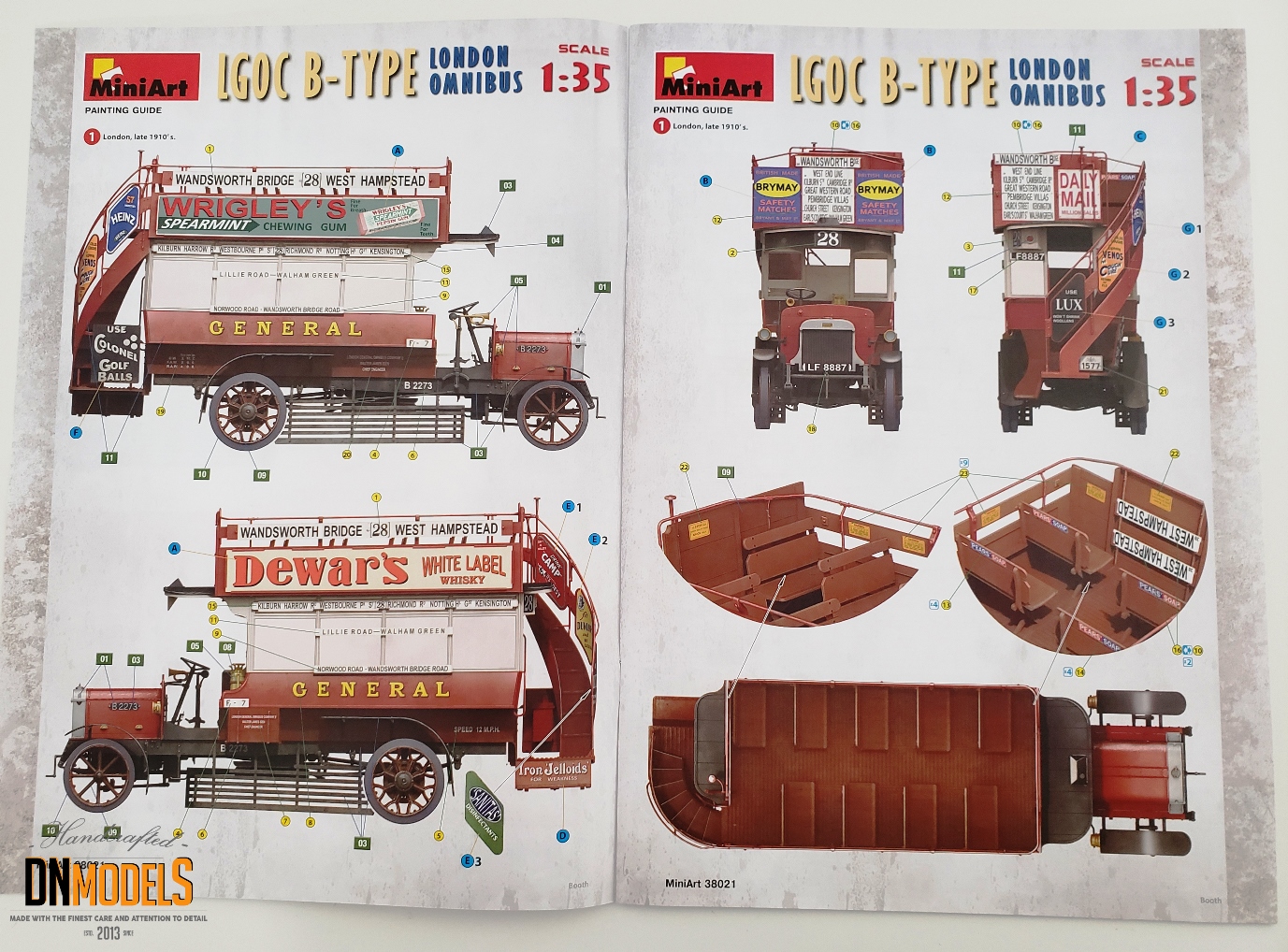 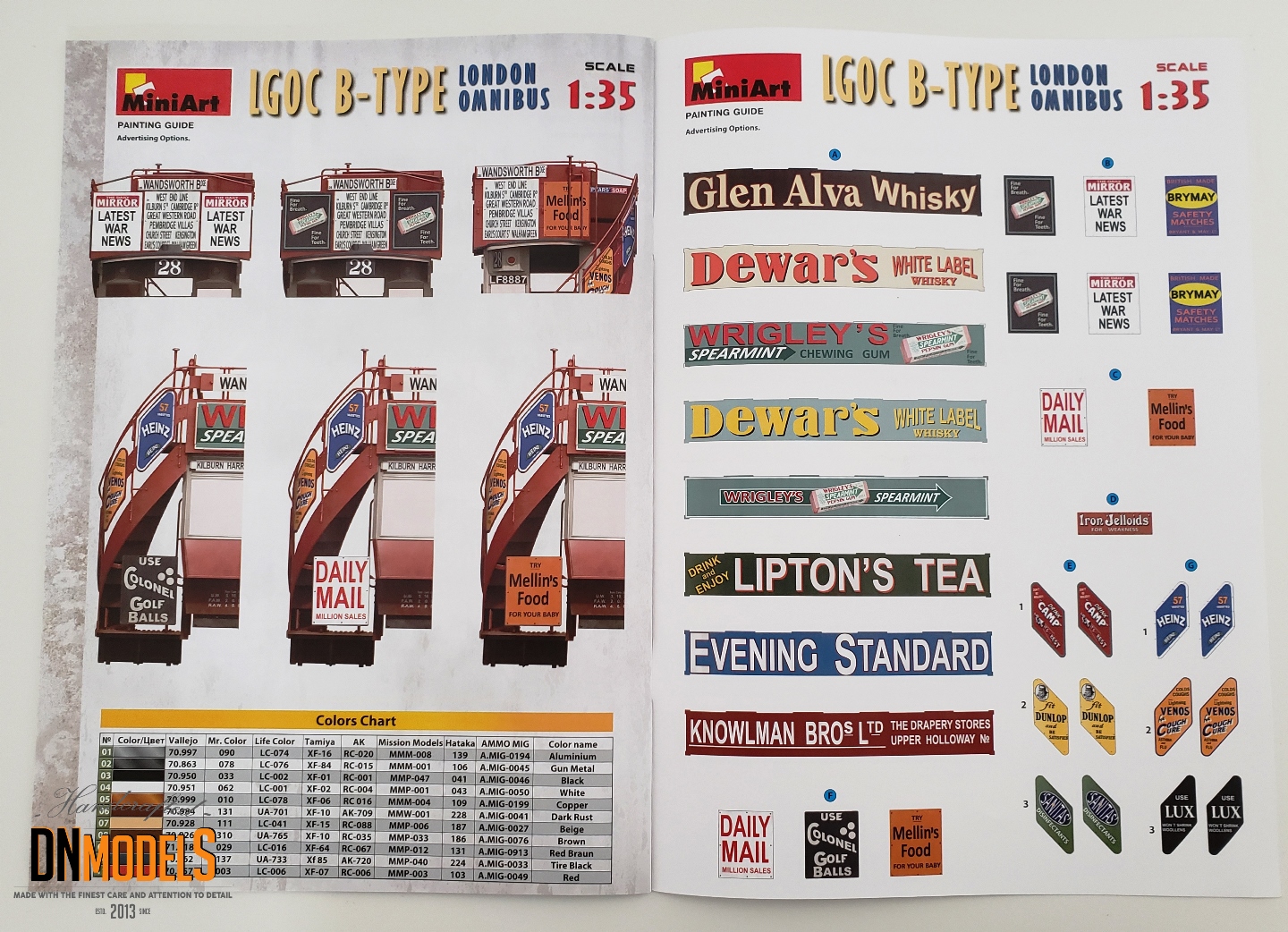 Light grey, packed in a plastic envelope alongside the photo-etch cardboard packing, the plastic is what we usually get from the Ukrainian model maker. The sprues aren’t that many, especially comparing this kit to MiniArt’s tank or tractor offerings. Besides, the space is mostly taken bu the chassis parts. Sounds interesting? It is, but it is also very challenging. 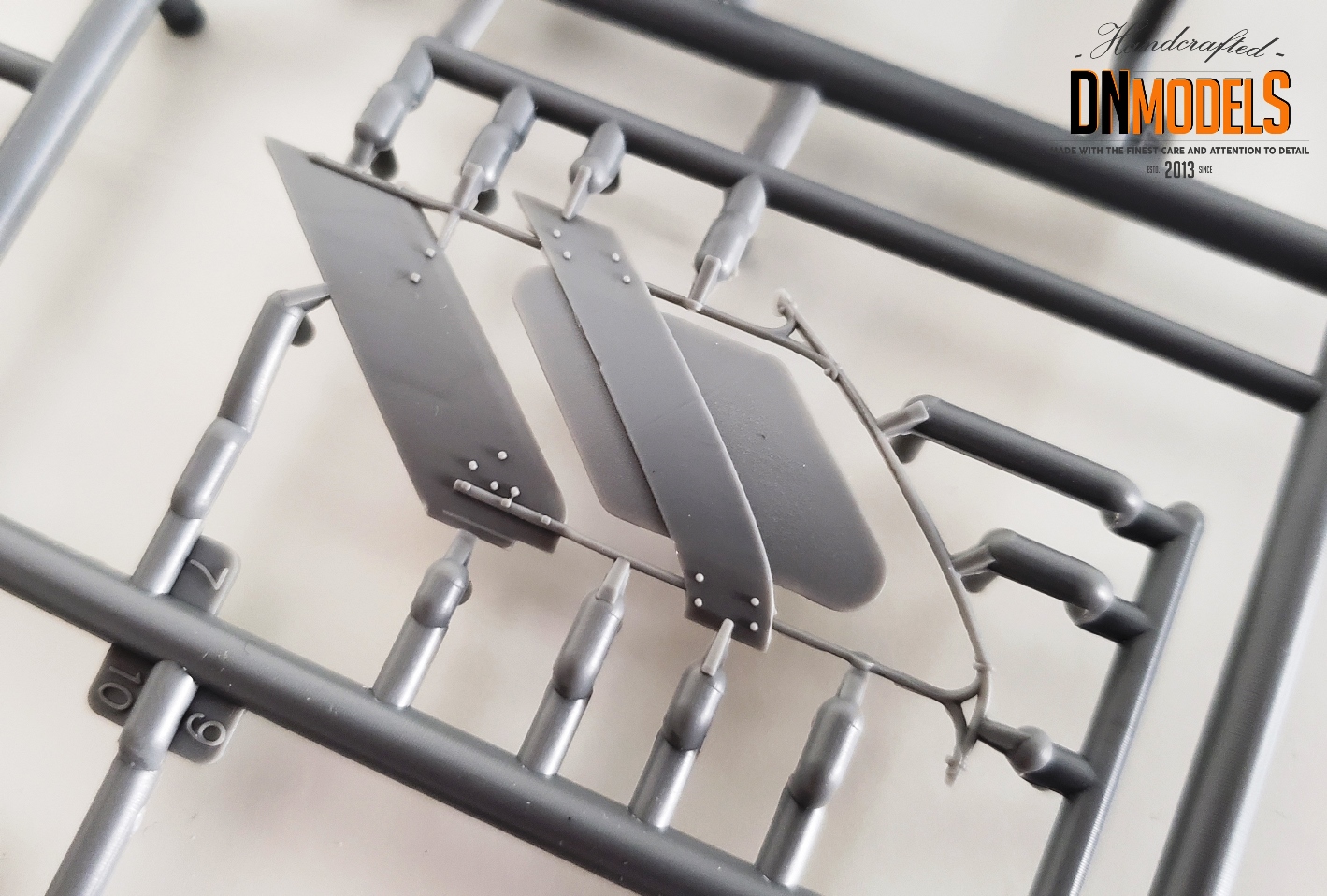 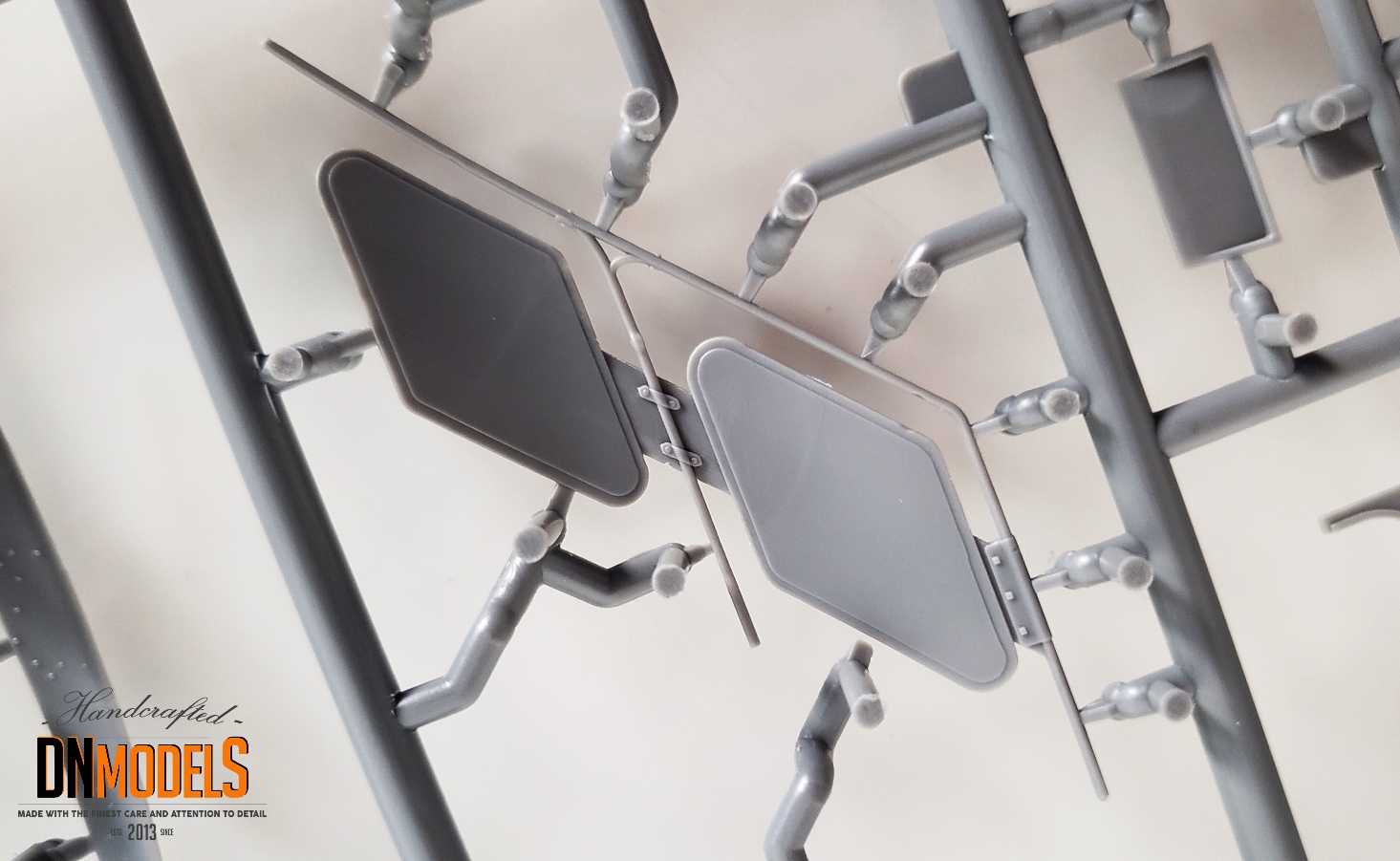 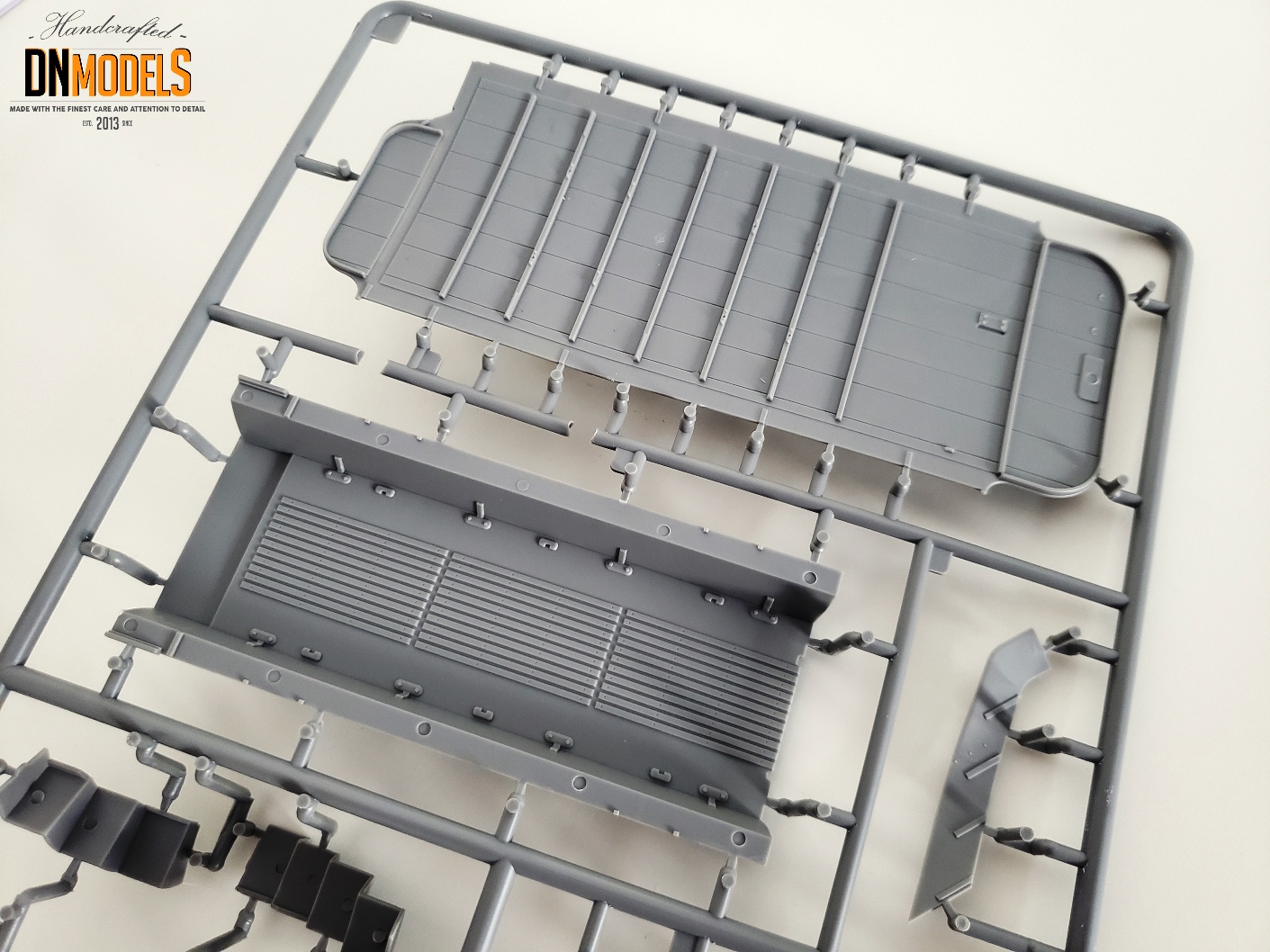 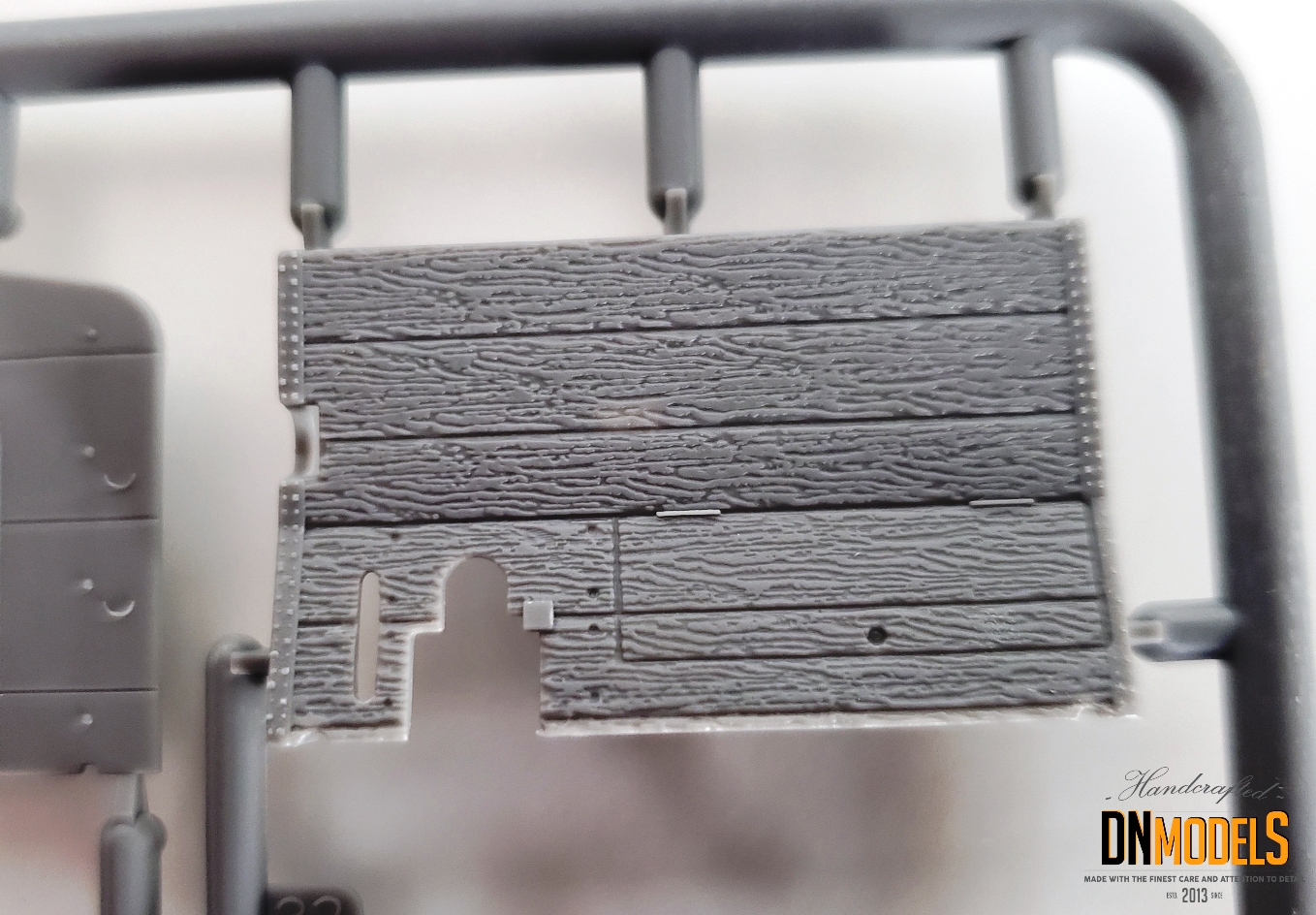 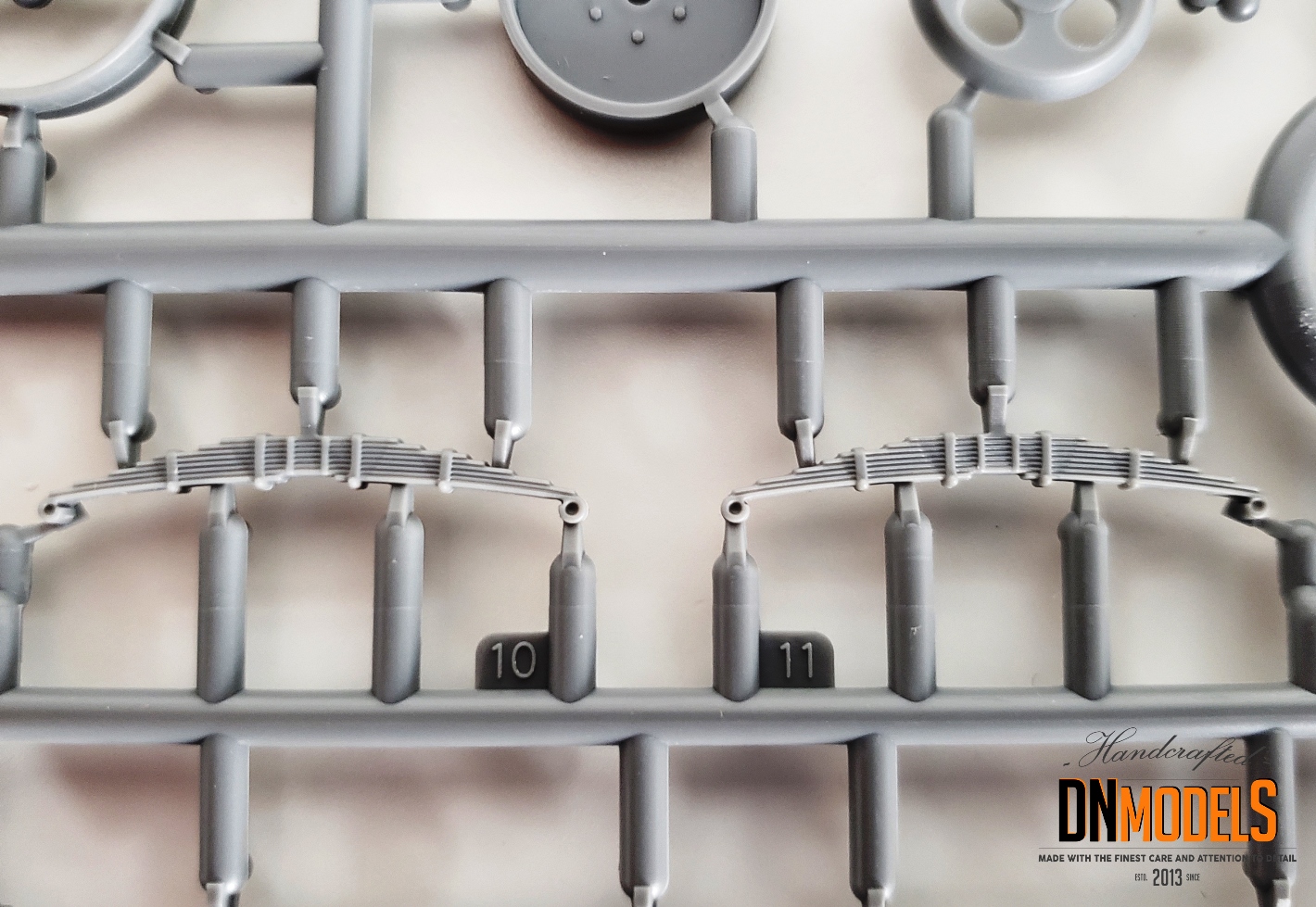 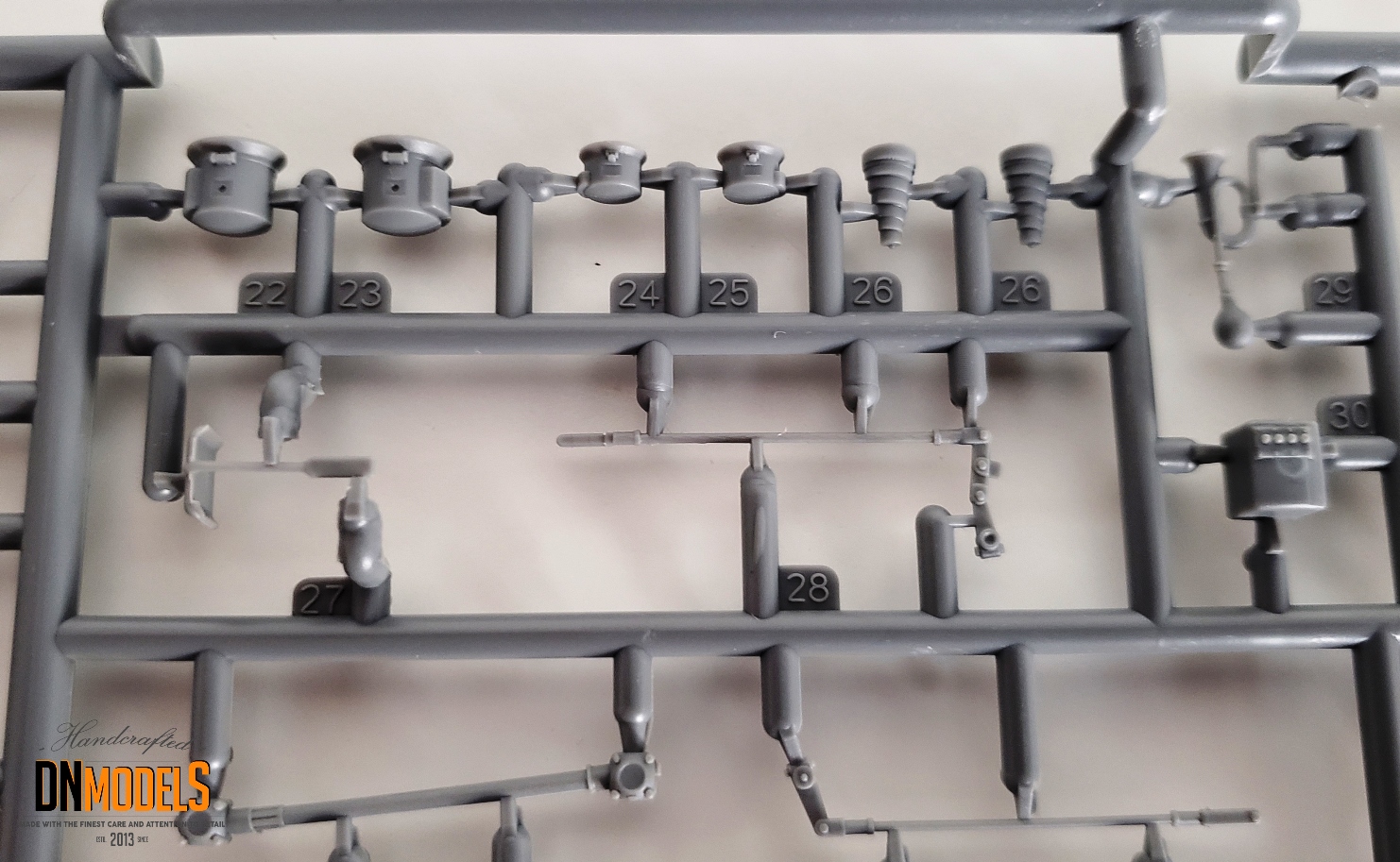 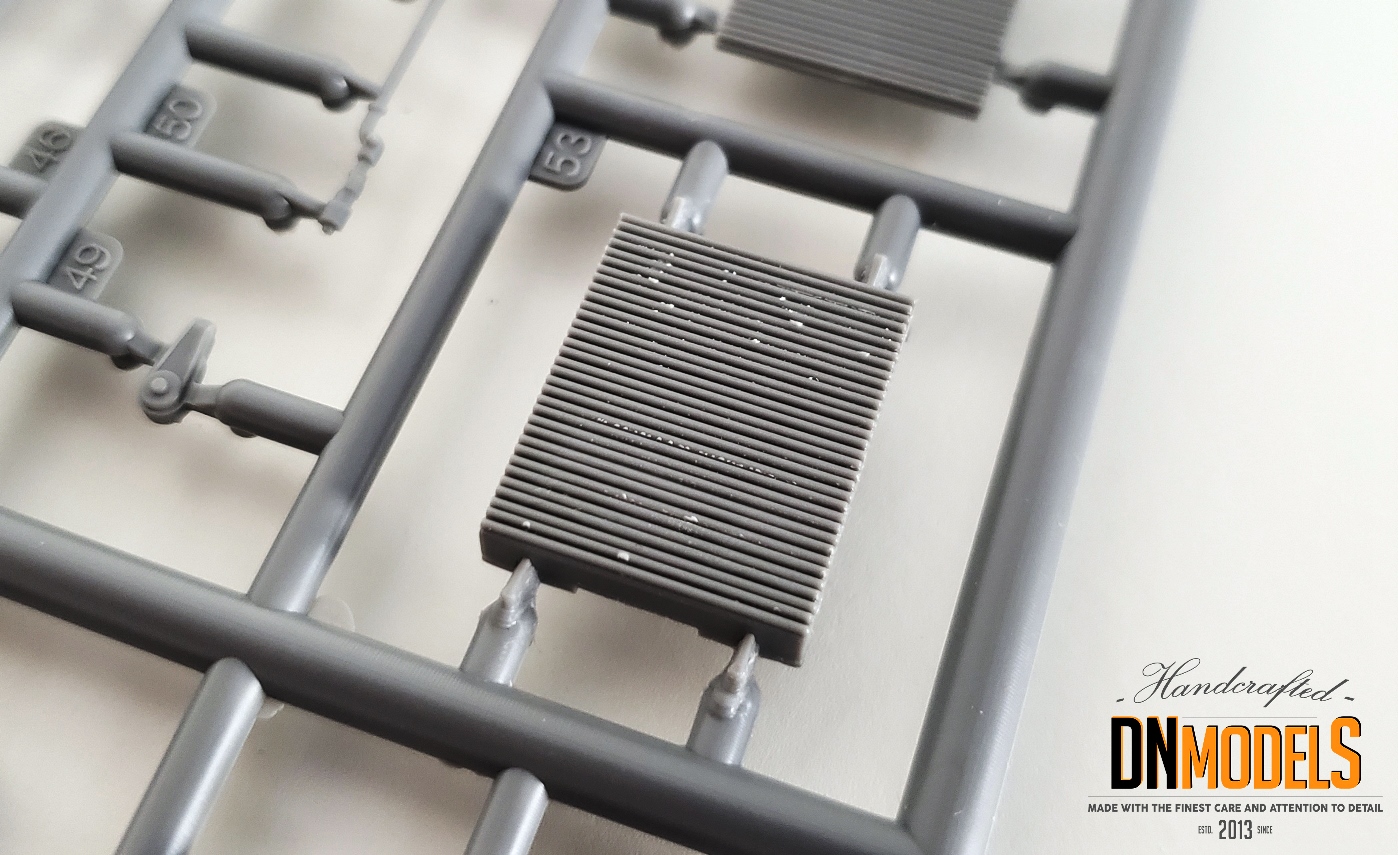 The alignment of the chassis elements will be a job very demanding and will push away some of the younger modelers with less experience. That of course, has a different perspective. The ones who know what they are dealing with – being MiniArt – know what to expect. And that is one very complex and cleverly engineered model, that will bring a lot of joy during the building process. There is an engine, transmission, suspension elements and plenty of other add-ons. Those are not only interesting to be built, but present an enormous options for weathering and representation.

Actually, exactly half of the building steps are dedicated to the area that is beneath the bus. So even if you decide to leave it at that and present it as a rotten wreckage, there still will be enough to show. 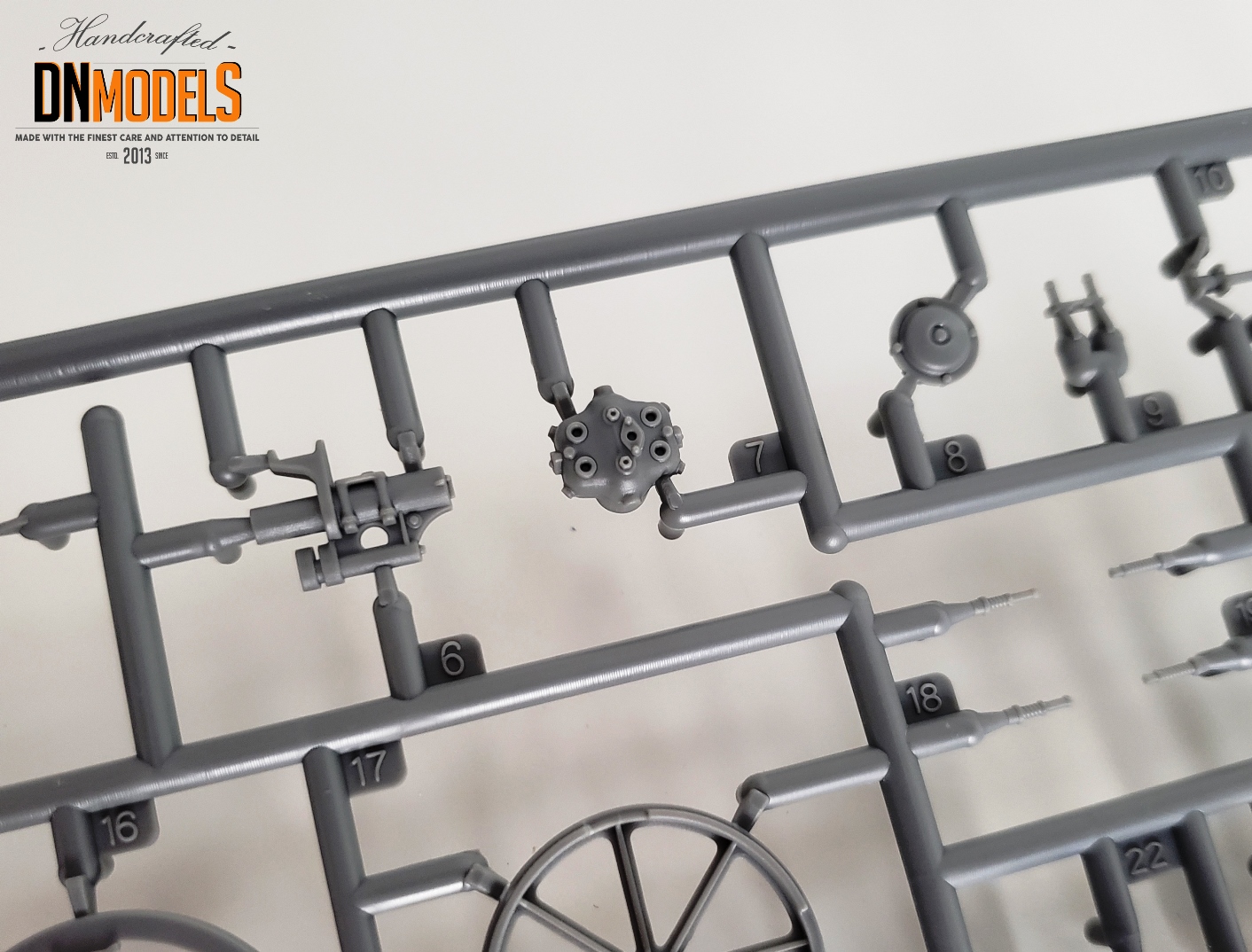 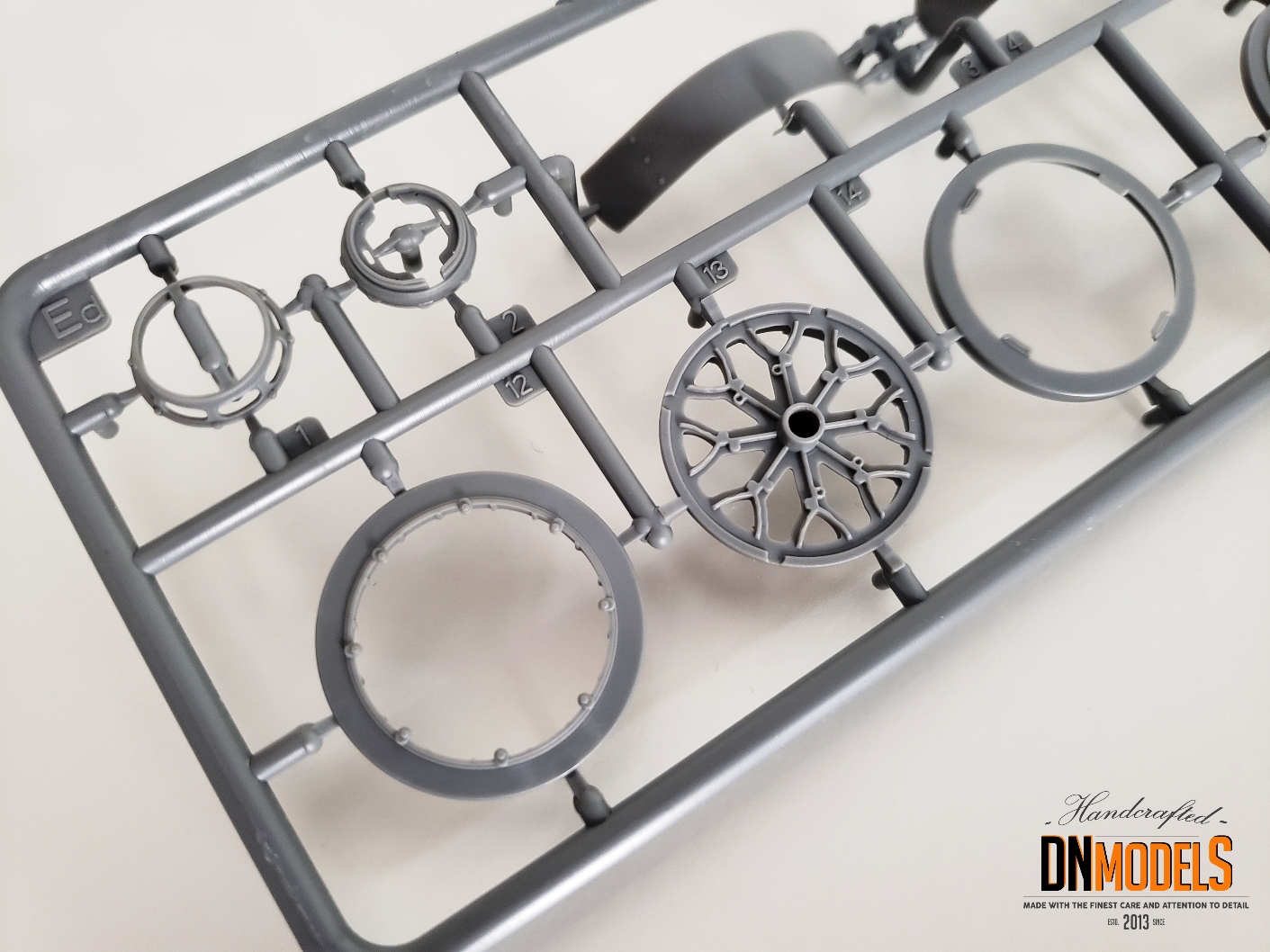 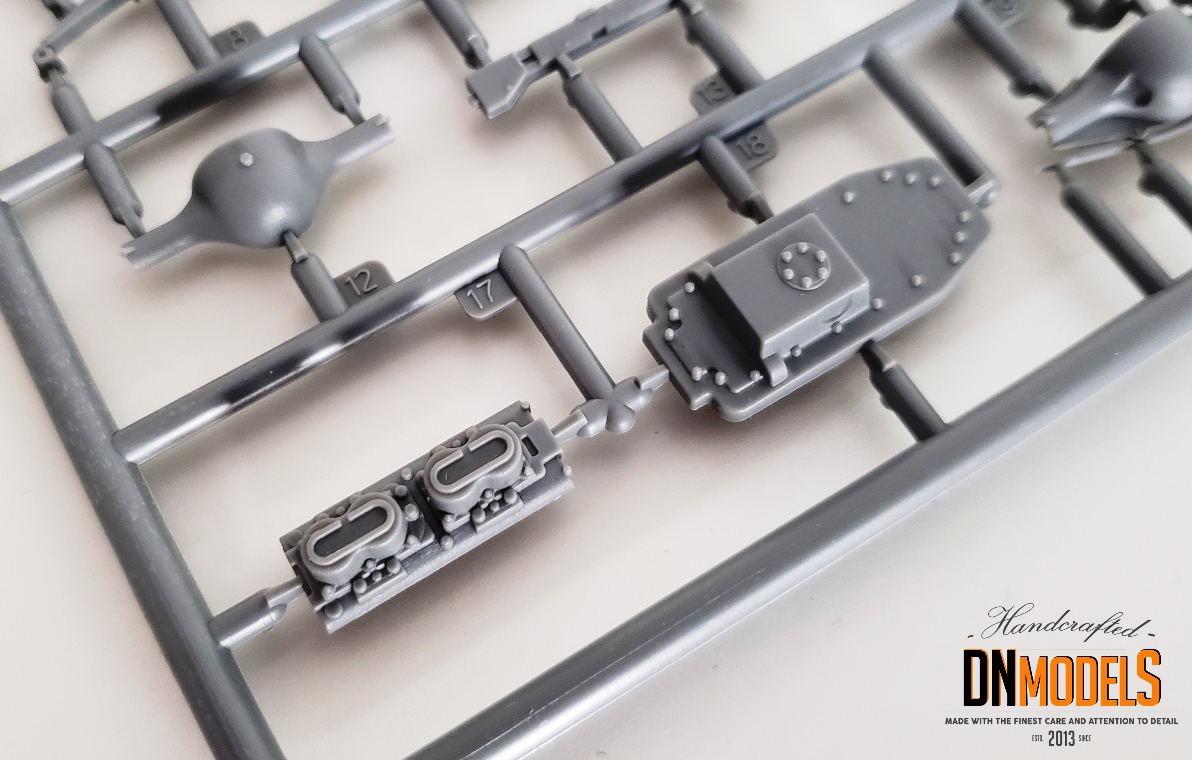 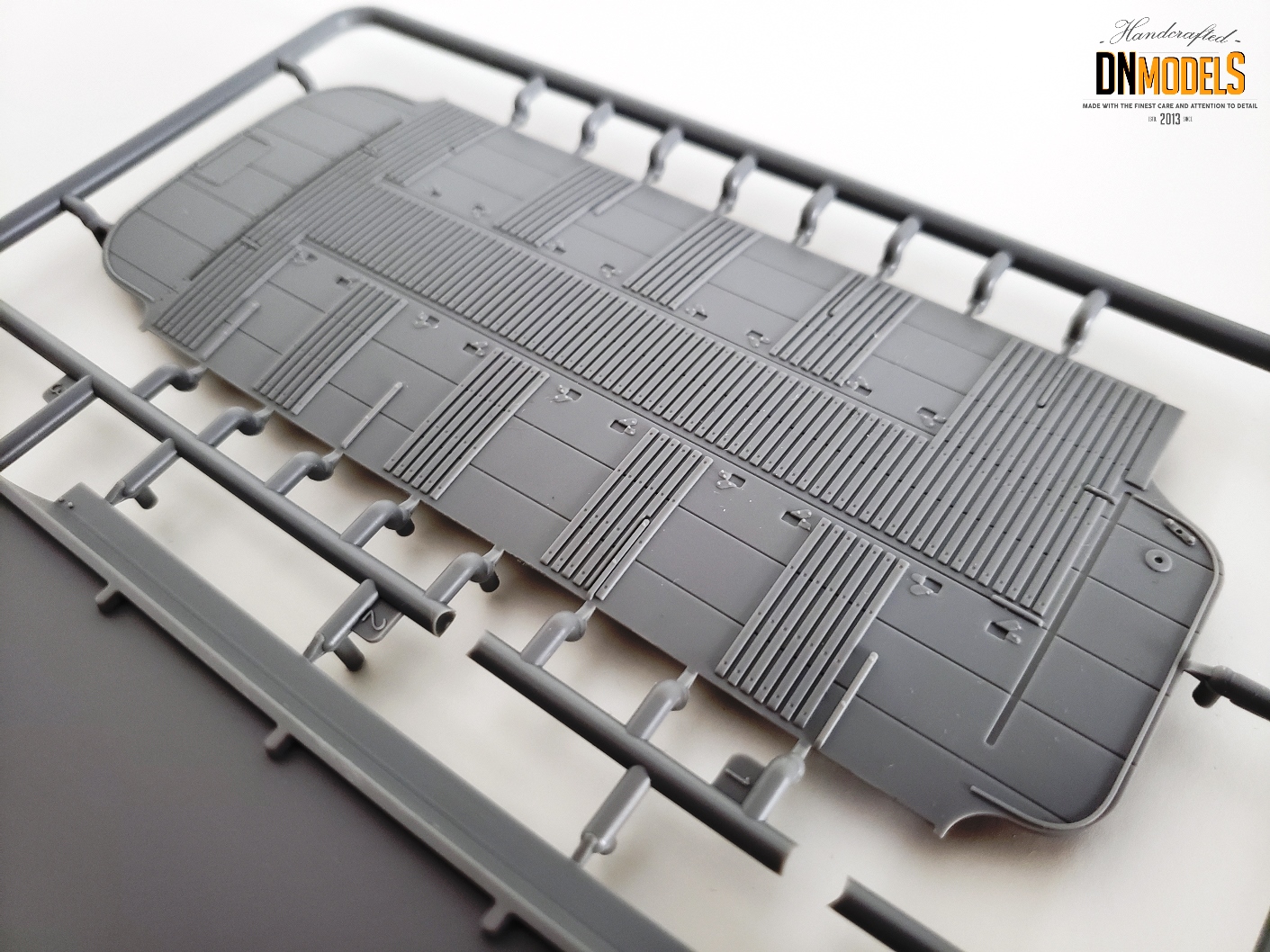 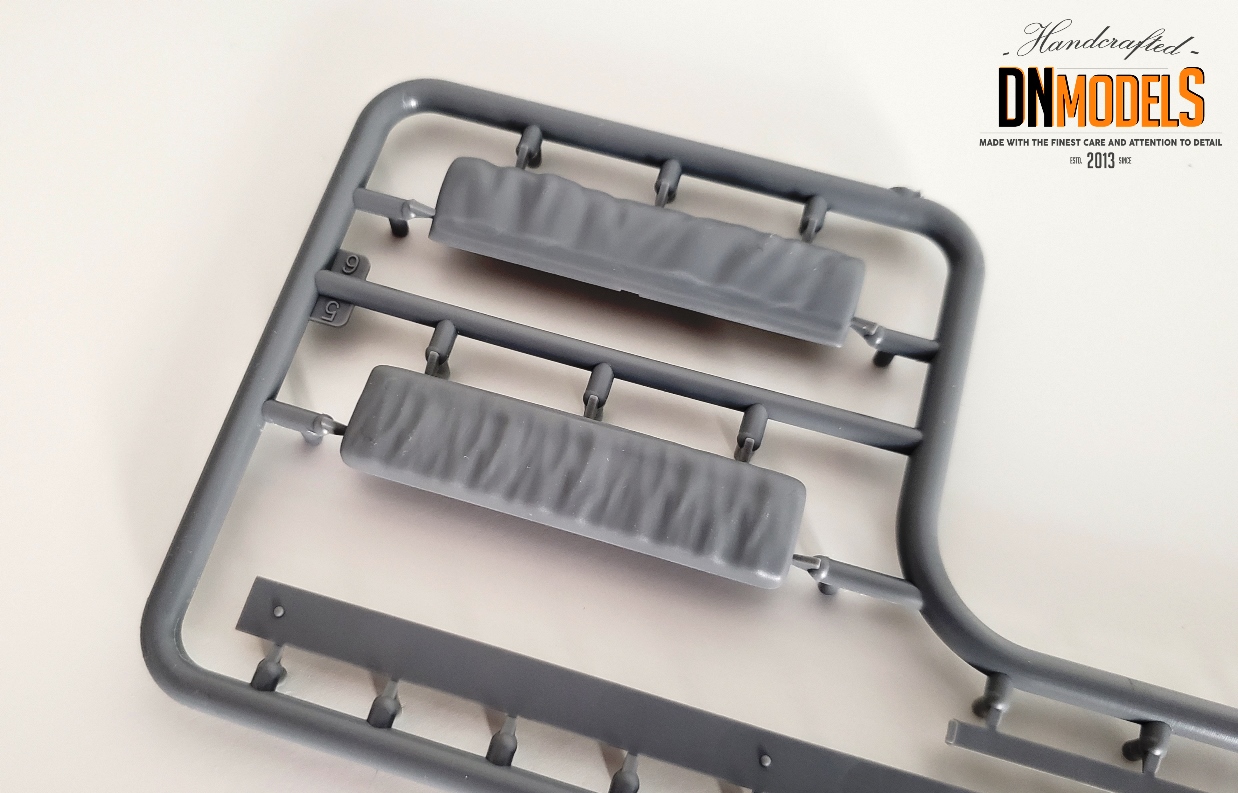 In this kit MiniArt saved us the hassle of dealing with a lot of photo-etch. Maybe because they left the challenging part for the windows and the advertising options on the sides of this London Omnibus. PE parts are rather large ones and this won’t be anything compared to some of their T-55 offerings. Here we get just a normal, simple PE sheet, that anyone can cope with. 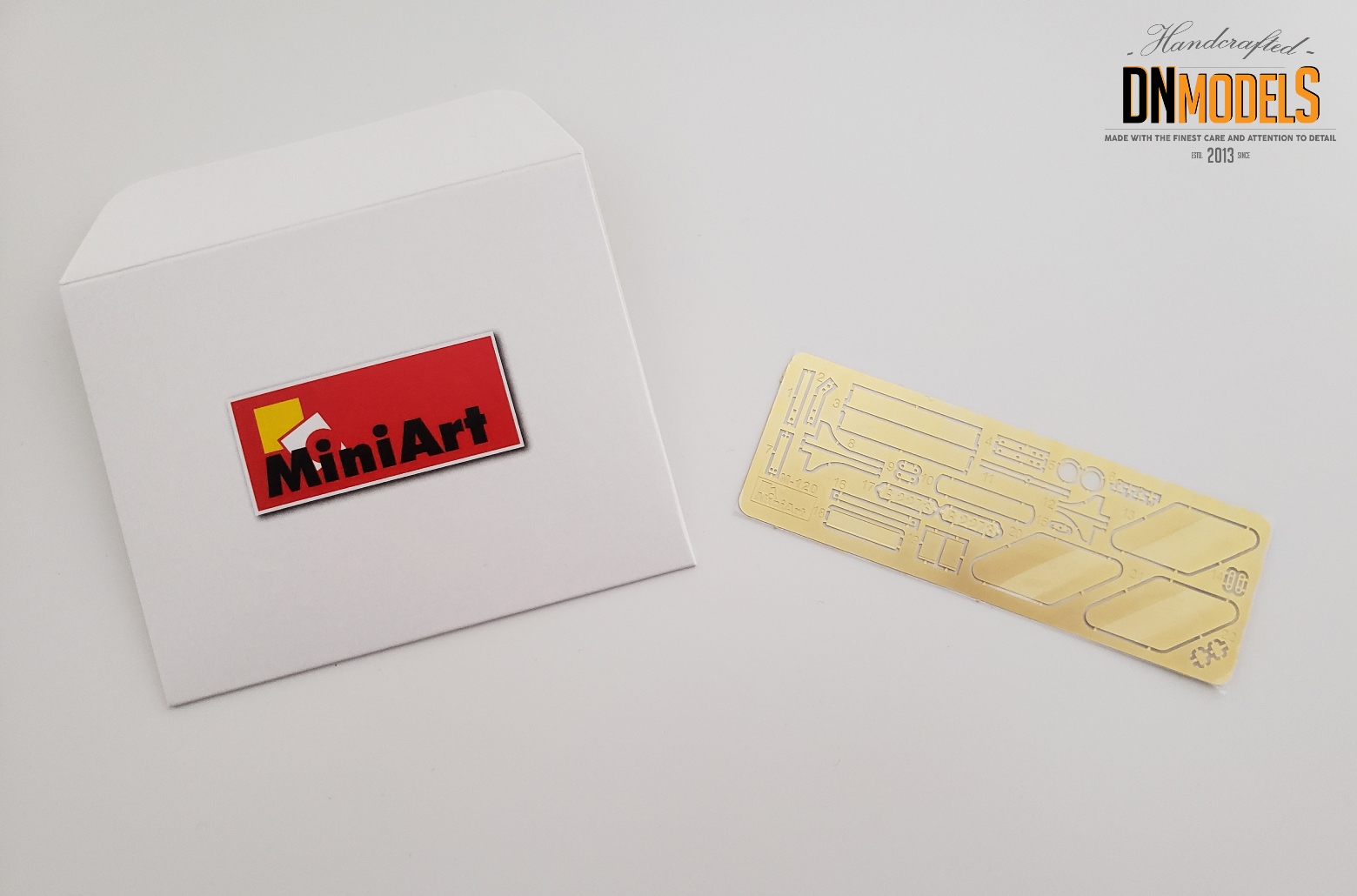 Is not big, because ads are positioned on the instruction sheet. This decision can be criticized by many and to some reasonable extent too. Because the quality of MiniArt’s decals is good and some of the adds could’ve been done with that in mind. However, most of the adds are way too big and as you can see this decal sheet features mostly small items. So MiniArt decided to separate the two.

That is another addition to the fact that this kit is not for inexperience model builders. It is hard to imagine that this can be built successfully if among the first couple kits, because there is so much to think about and so much to expect and avoid. But MiniArt have always been oriented towards different audience, which comes at a price. 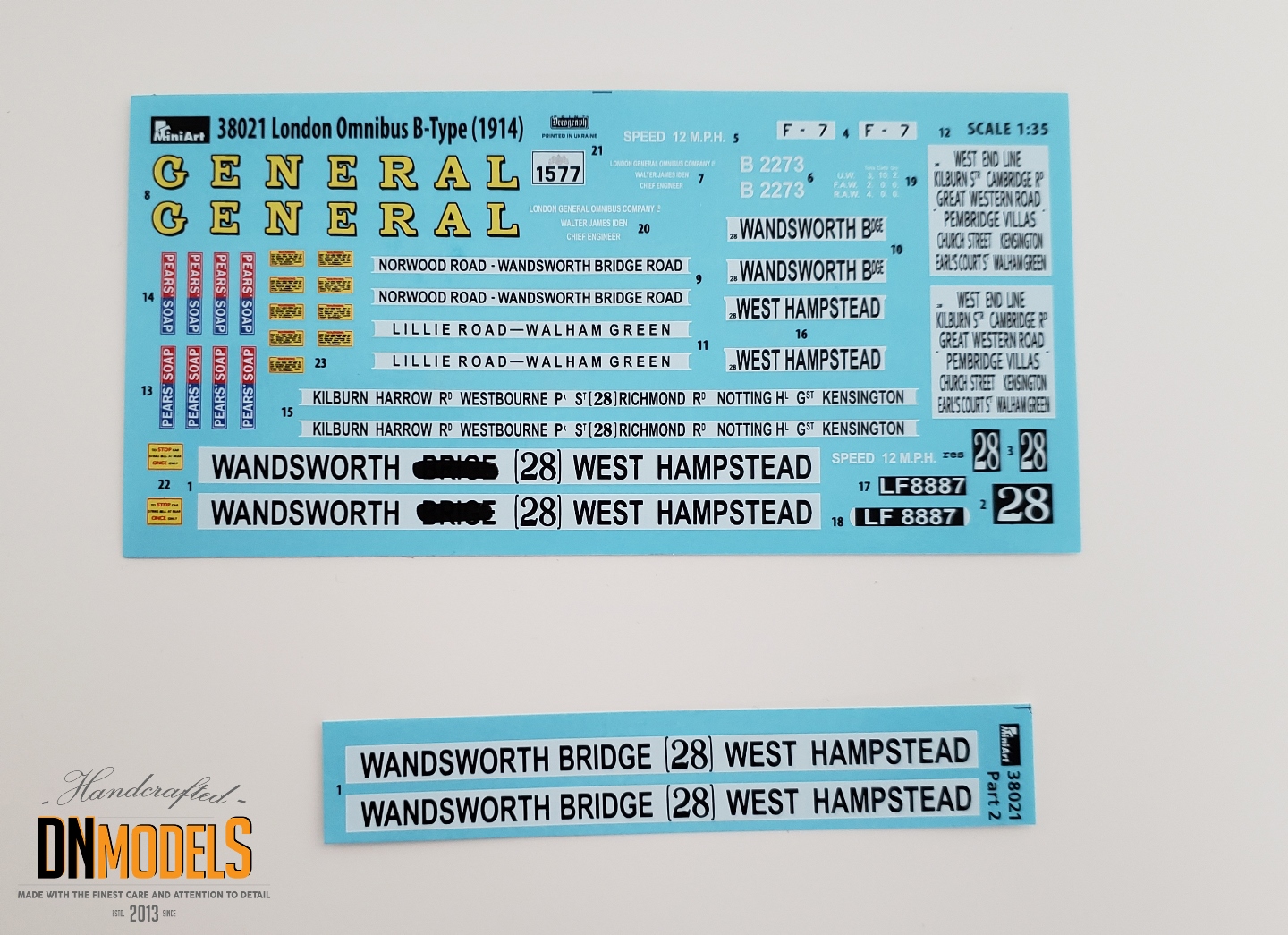 Of this London Omnibus are very important as you might’ve guessed already. Good news is, that knowing the quality of the windows that MiniArt offered in their Tram series, this will be a breeze here. But that is only if you have dealt with the Trams already. For the regular armor modeler, so many windows will be a masking nightmare. Interestingly, MiniArt’s clear parts are very sturdy and can sustain decent amount of abuse before show some visible damage. With that said, one must approach this kit with care and patience, but most importantly – with a plan. 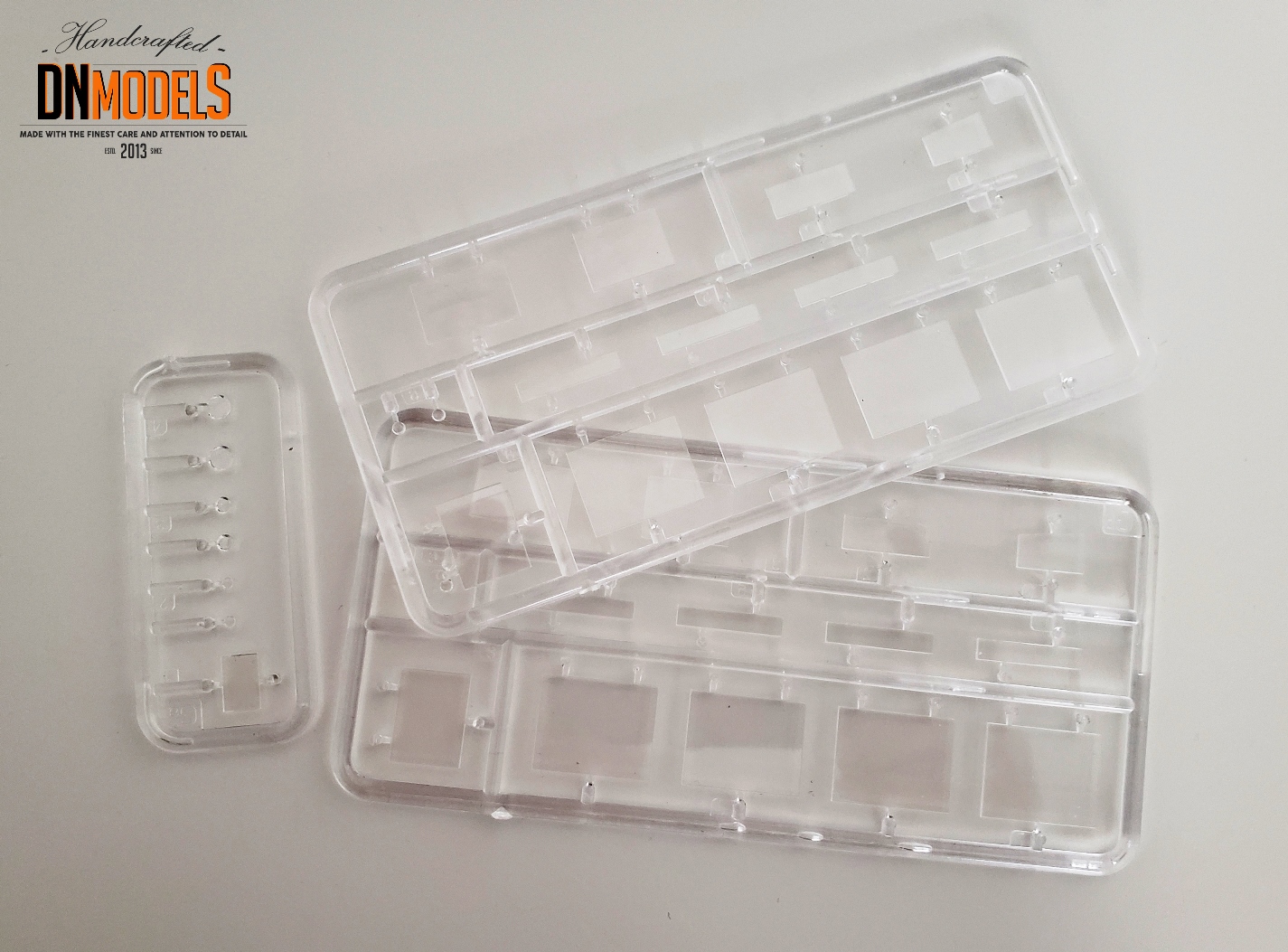 London Omnibus is a nostalgic offering. It brings you back to an age long gone. With the bright appearance and numerous adds, it will definitely bring a smile on many faces when displayed completed. Kits as this one are not a common sight and we must give it to MiniArt for their effort.

On the other end of the spectrum, this kit is a challenge even for the experienced modelers out there. There are different mediums such as decals, adds from paper, clear parts and metal. To be successful with that, you must know your way around modeling. Alignment of the chassis will be an issue for some, painting in red colors too. But in general, this kit is a step aside from the armor road that many take in 35th scale. It will definitely be a fun one!