LAP-7 is built over a license-built Ford AA truck platform. Almost a million of those were built and used in various roles in the USSR. There is simply no surprises when it comes down to that truck, because you can find it in practically every role imaginable. LAP-7 was combat oriented vehicle. Resembling the famous Katiuysha, it bears some legendary signs typical for WWII era seen from the Soviet perspective.

Ford AA needs no introduction on the other hand. Neither this kit by itself. It is a continuation of a long line produced by MiniArt and for some time now. A line, with which modelers are very happy and that they embrace happily with each new release. The weirder – the better.

This is the latest release, #35277 and it seems that people are even happier with it. Especially if you count the reactions in the social networks. But there is no surprise in that fact. Because the tooling is really good and it comes as a great set. So let’s take a closer look at it here. 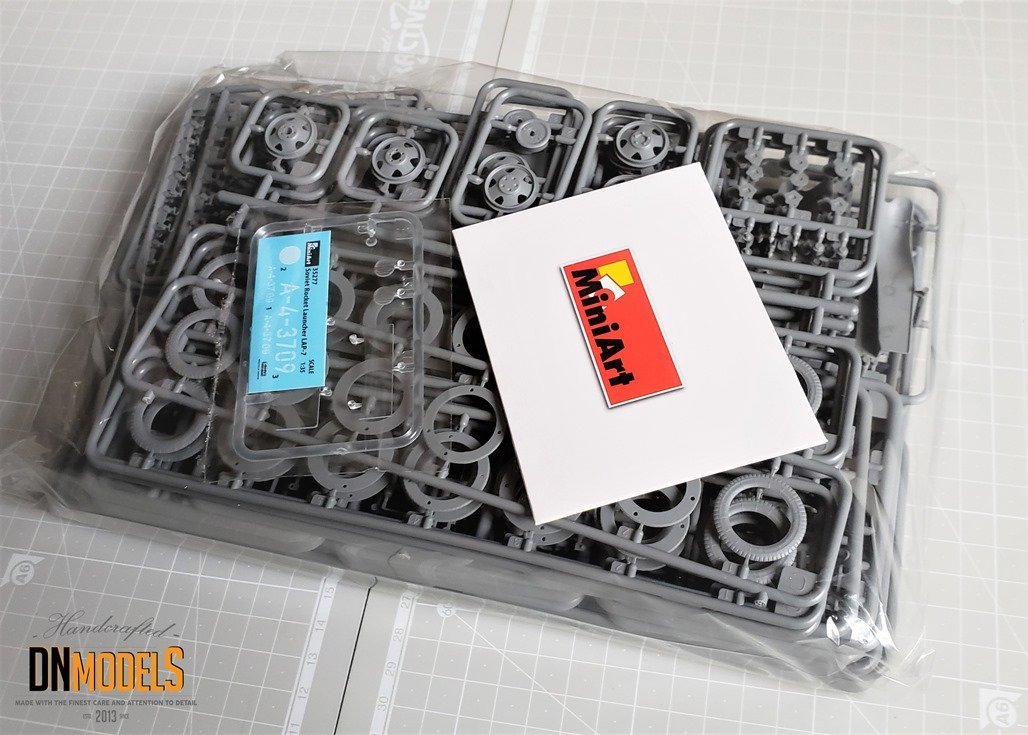 As with other GAZ-AA releases, the box isn’t very big here either. It is part of WWII Military Miniature series and comes with grey sides and beautiful boxart. There is a LAP-7 firing, from what it seems to be a winter scene and a forest road. Exactly what the vehicle was made for. The first rocket seems to be missing, already fired probably, while the second is in the midst of its launch.

Same goes for the instructions. Clearly depicted, without overcrowding with information, clarifications and what not. Despite the nature of the kit – being super-detailed and full with many small parts – the instruction sheet is perfectly understandable, even from novice modeler. However, the rest is not suitable for that part of the community. Some experience is needed for successful completion here. 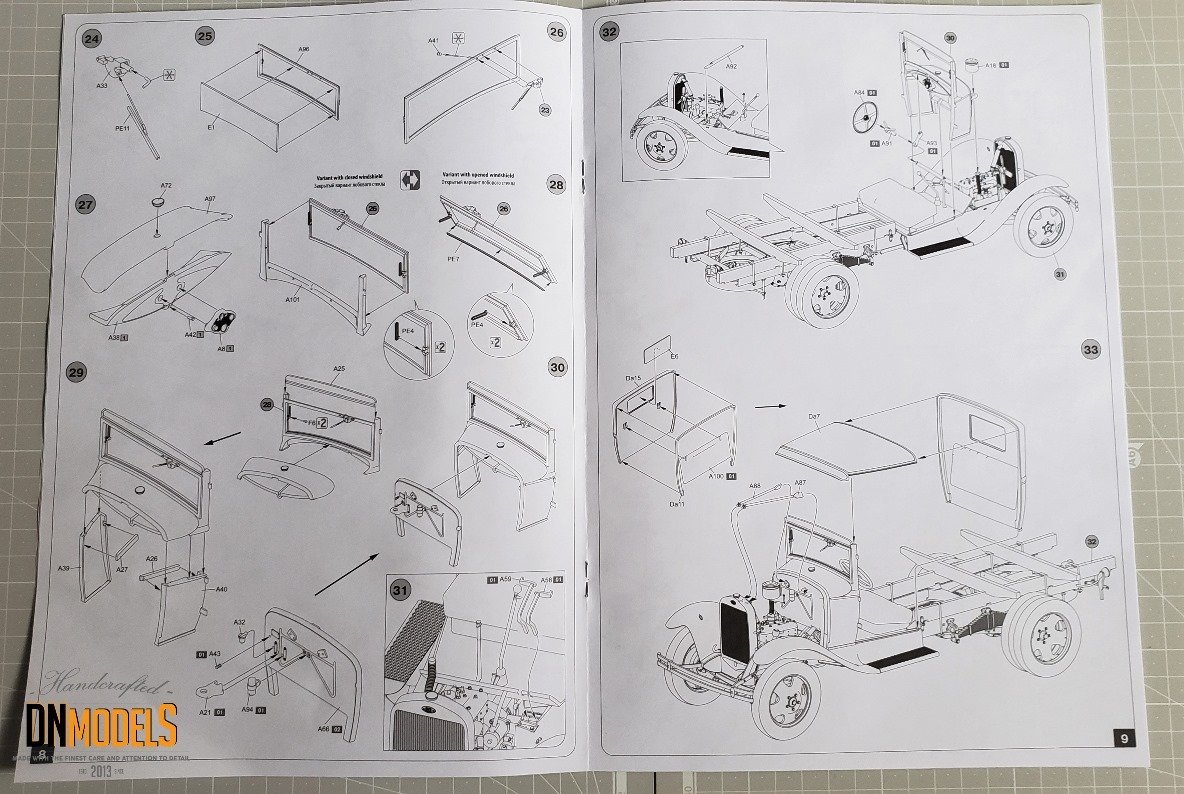 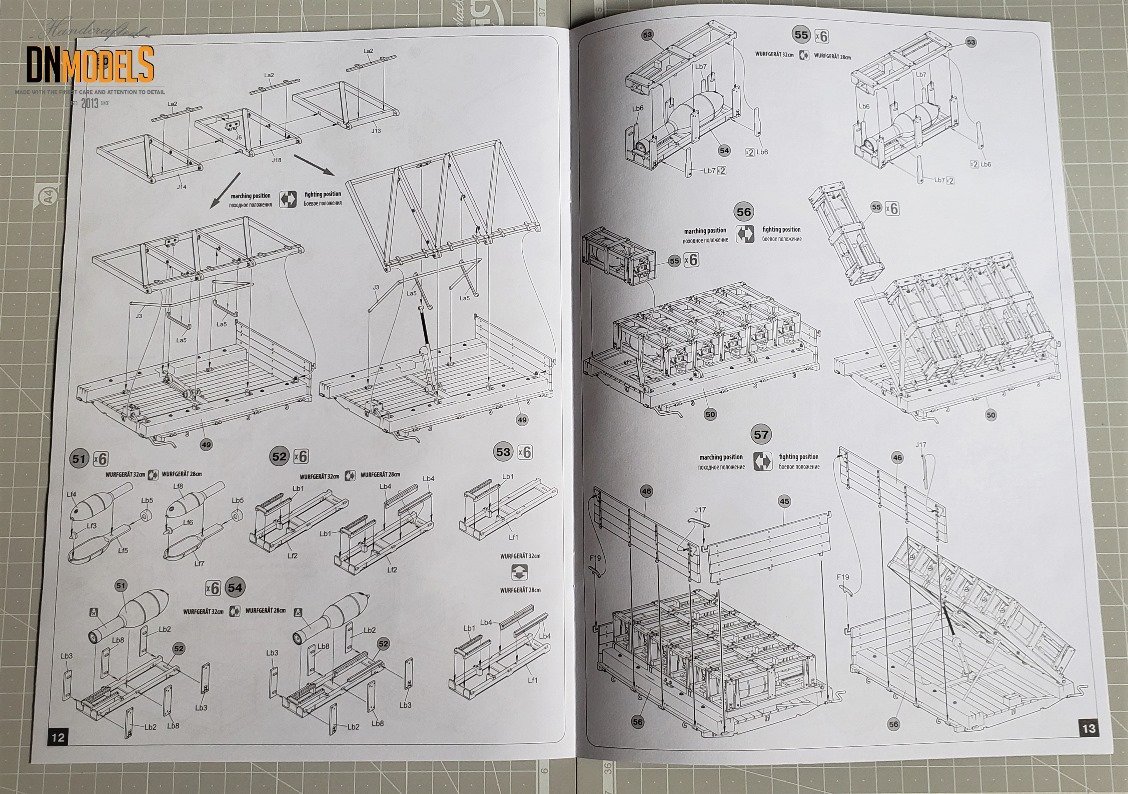 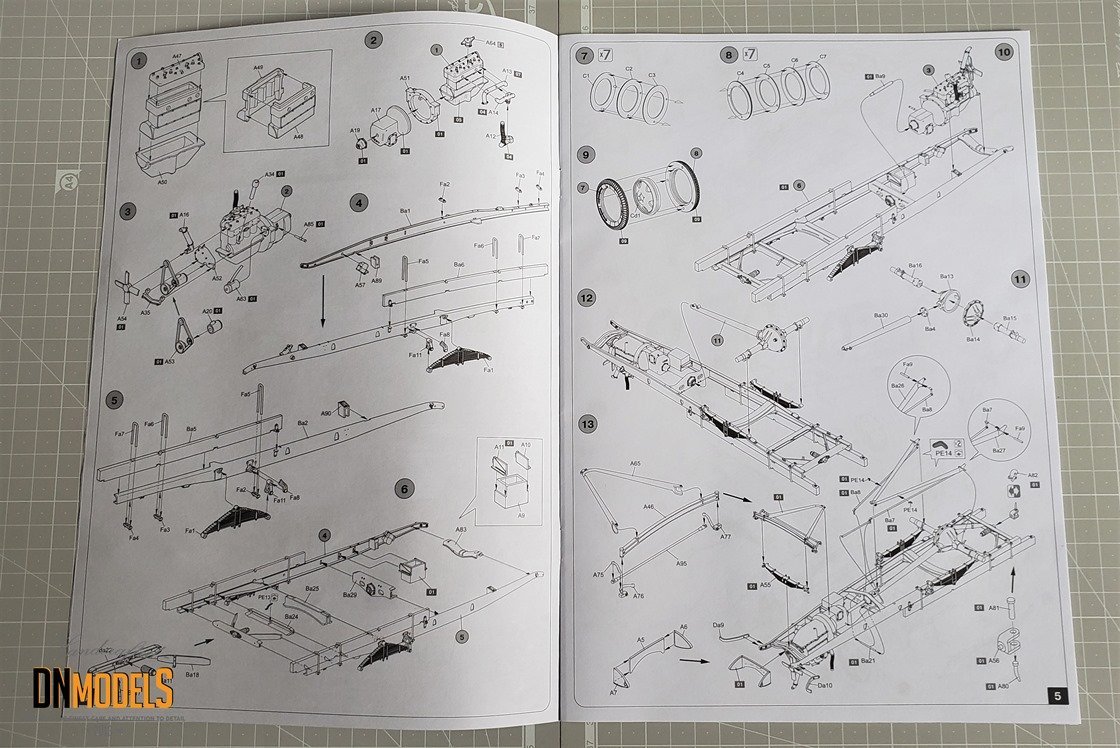 Sprues are made from Grey plastic and are mostly the same ones that you get with the flat bed release from MiniArt. The kit features fantastic suspension, engine, gearbox and whatever you can think of, everything made from thin and flexible material. MiniArt are using nice plastic, supplied by Western European company nowadays, so small and intricate parts are not an issue, like it was before. I am mentioning that simply because this truck is full with small parts, especially on its suspension. Such detailing comes at a cost. There is no way around that. 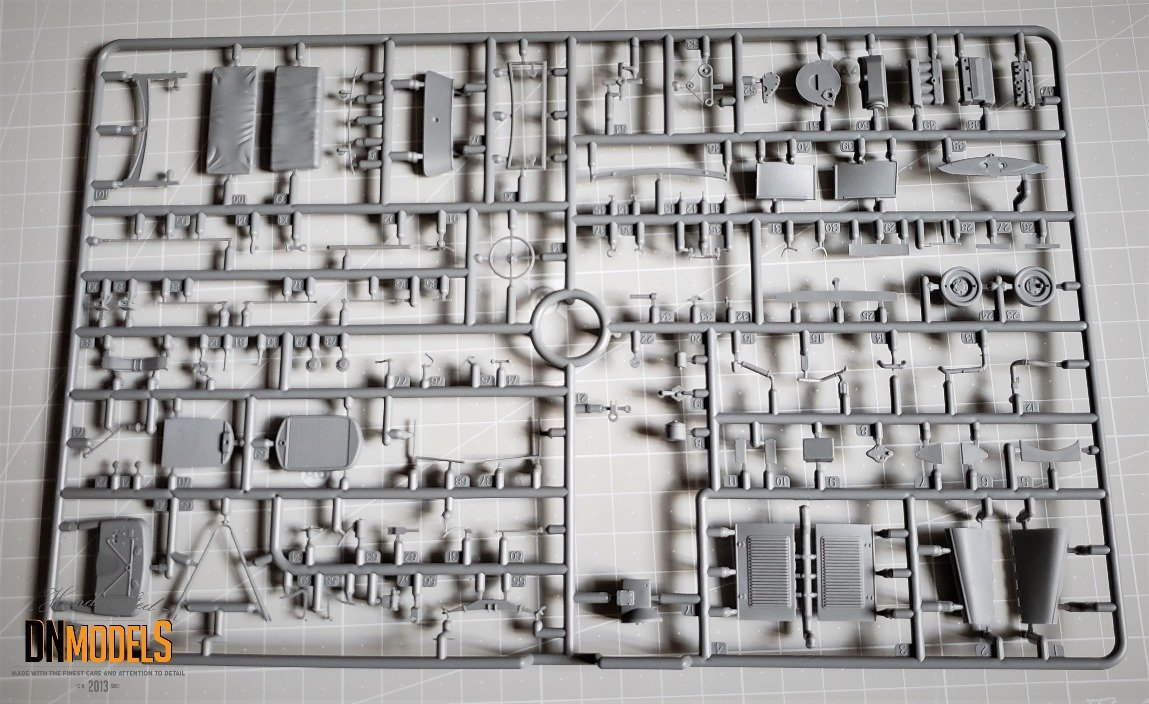 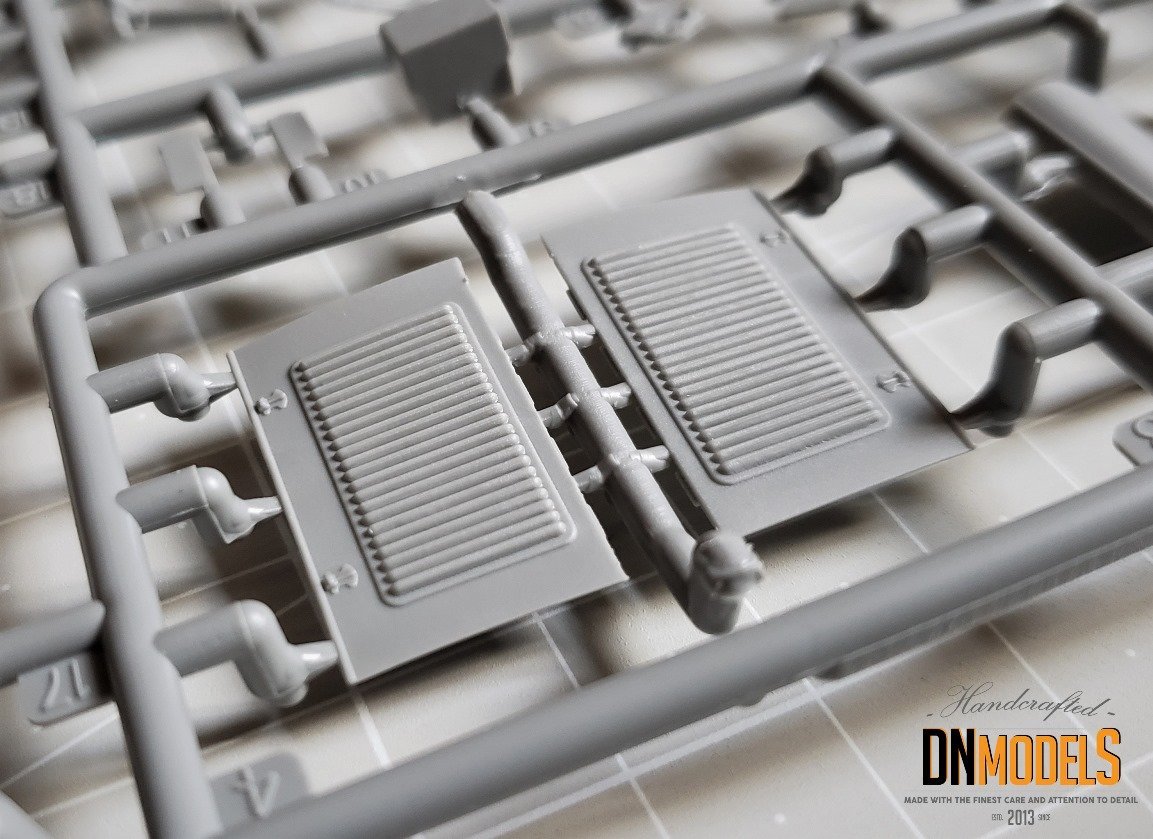 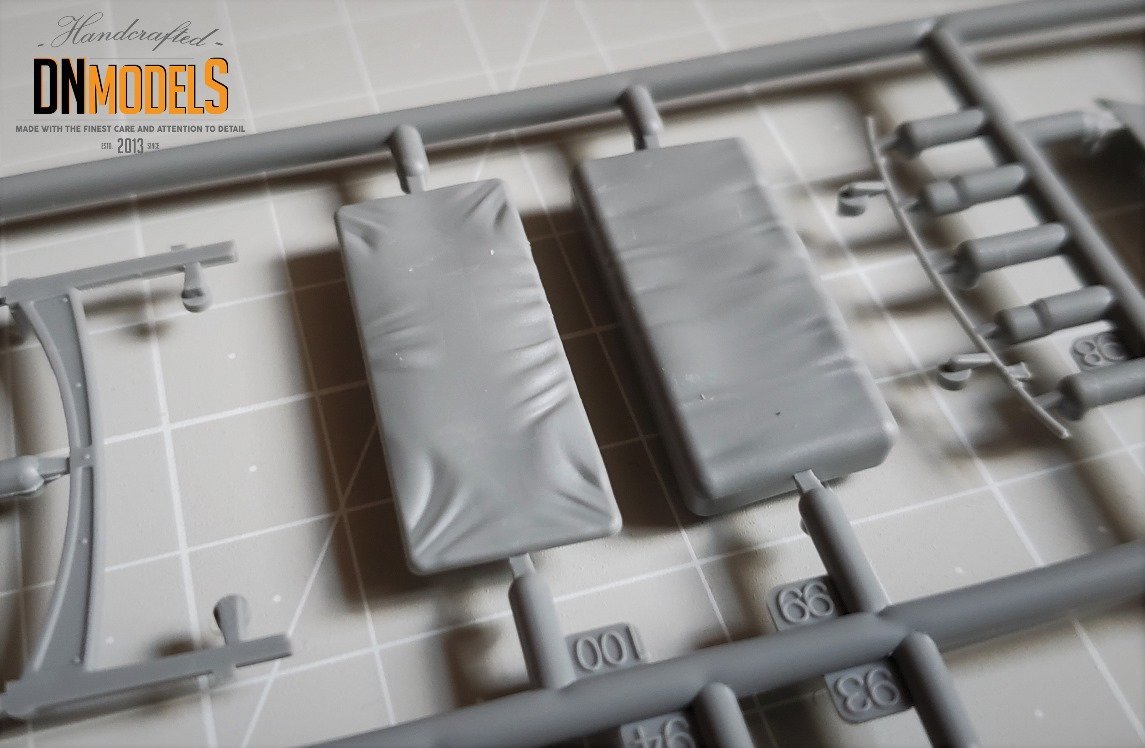 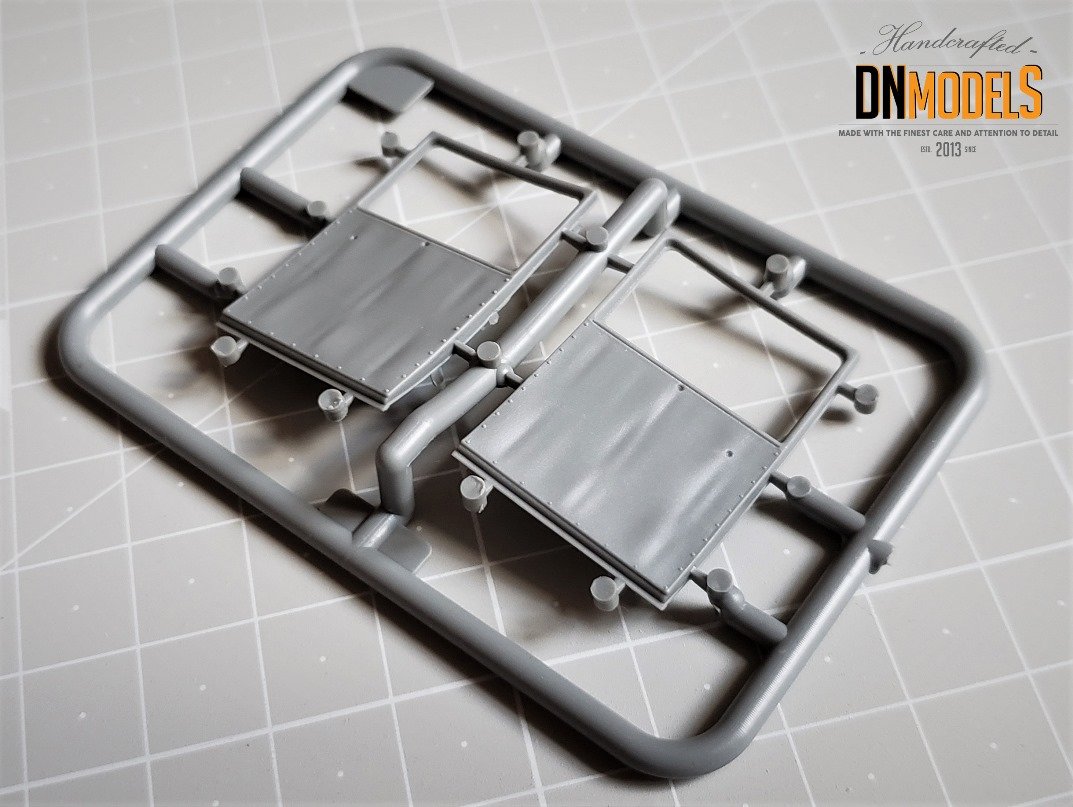 The sprue with the wheels is something that many love with GAZ-AA series from MiniArt. The wheels are separated into discs and if you glue them carefully, there is no need for aftermarket wheels, nor they will be anything that will come as a significant improvement either. The design of the wheels is very clever and I wonder for some time now, how come no other company haven’t took that road yet.

The new sprues introduced in the kit are holding the rockets and the frame of the launcher, which sits on the top of the flat bed. The frame parts will require some proper alignment and patience while in the works. Not only that, but the texture allows for interesting weathering and one can truly apply himself working on the final look of the vehicle. All that thanks to the precise moulding and delicate work made from the Ukrainian model maker. 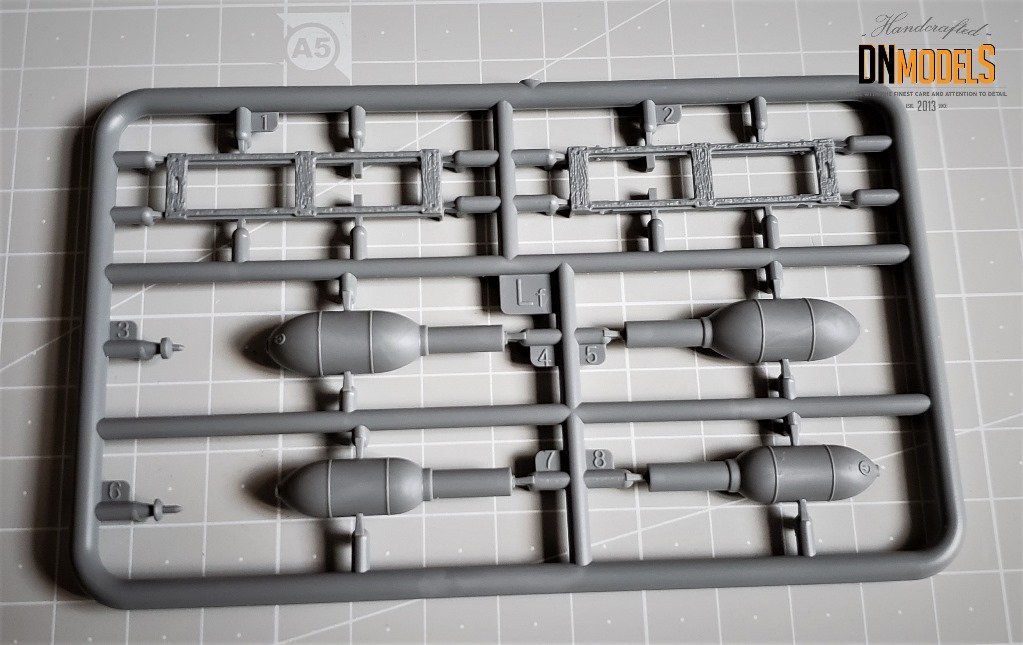 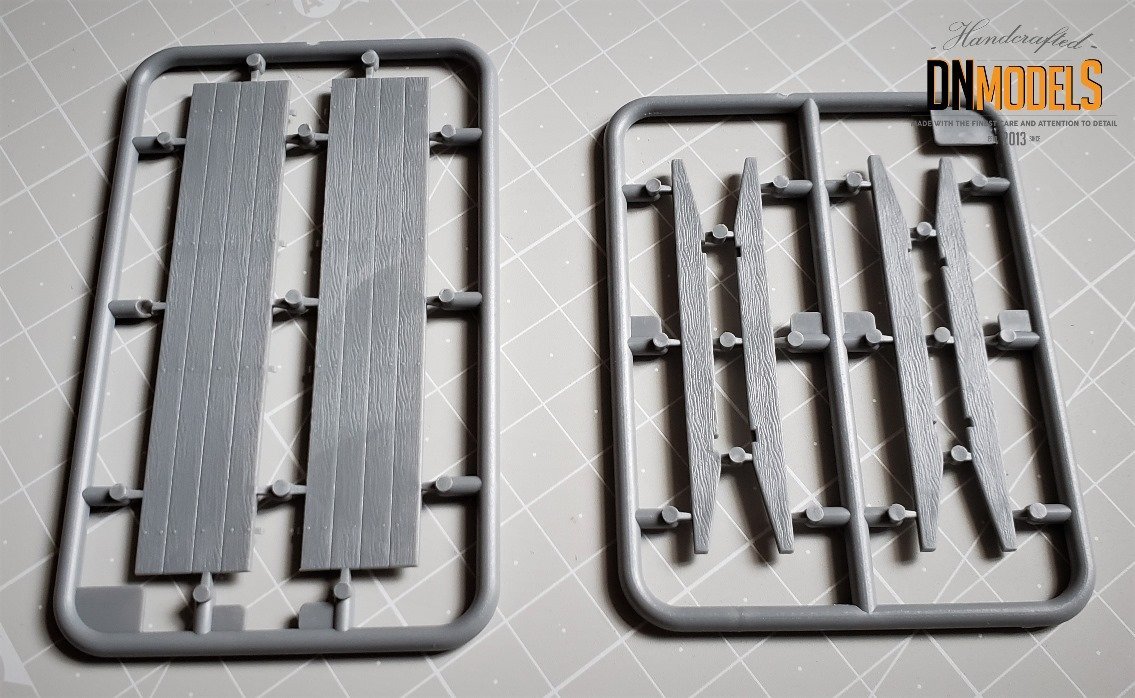 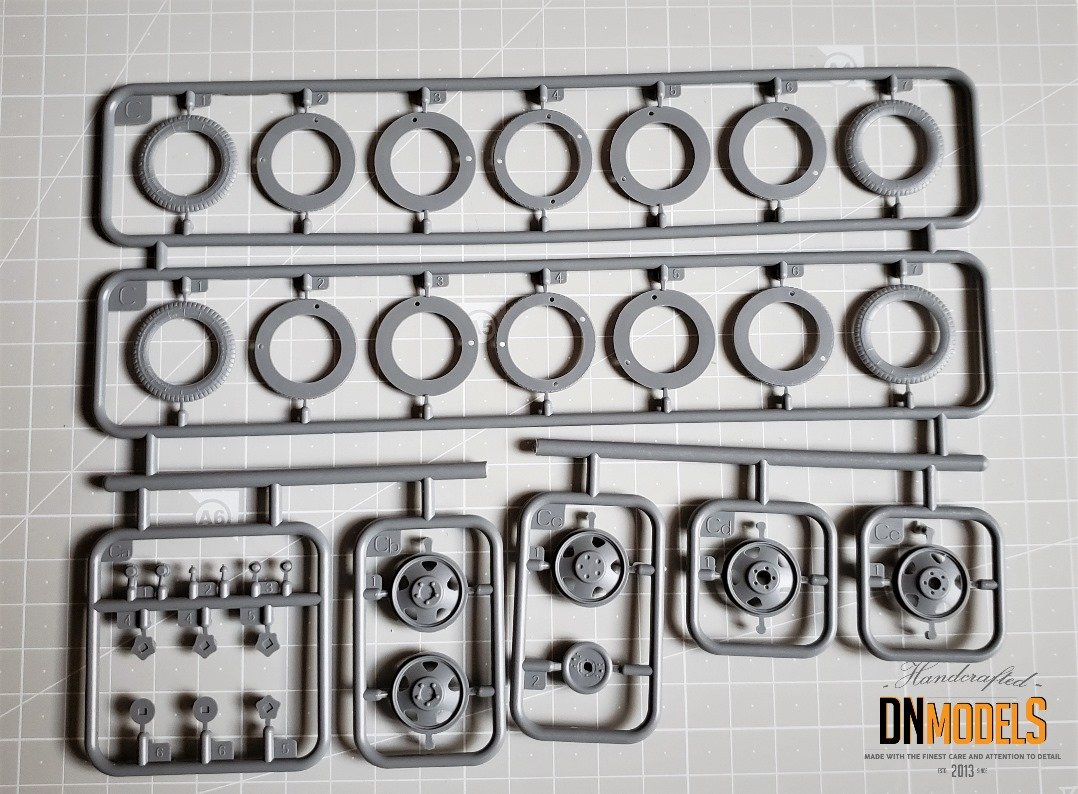 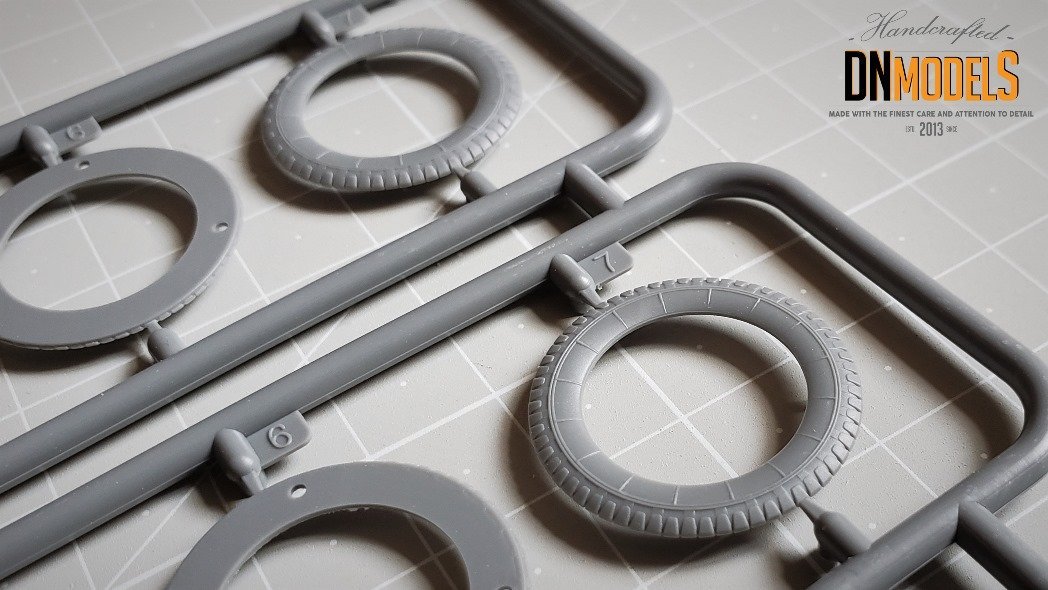 There is a sprue with clear parts, which are very forgiving in my experience. Having built MiniArt’s ambulance truck which is based on that very same vehicle, I must say that I dropped the ball with the clear parts more than once. However, never managed to damage the parts beyond repair. They can sustain harsh glues and not-so-subtle weathering too. 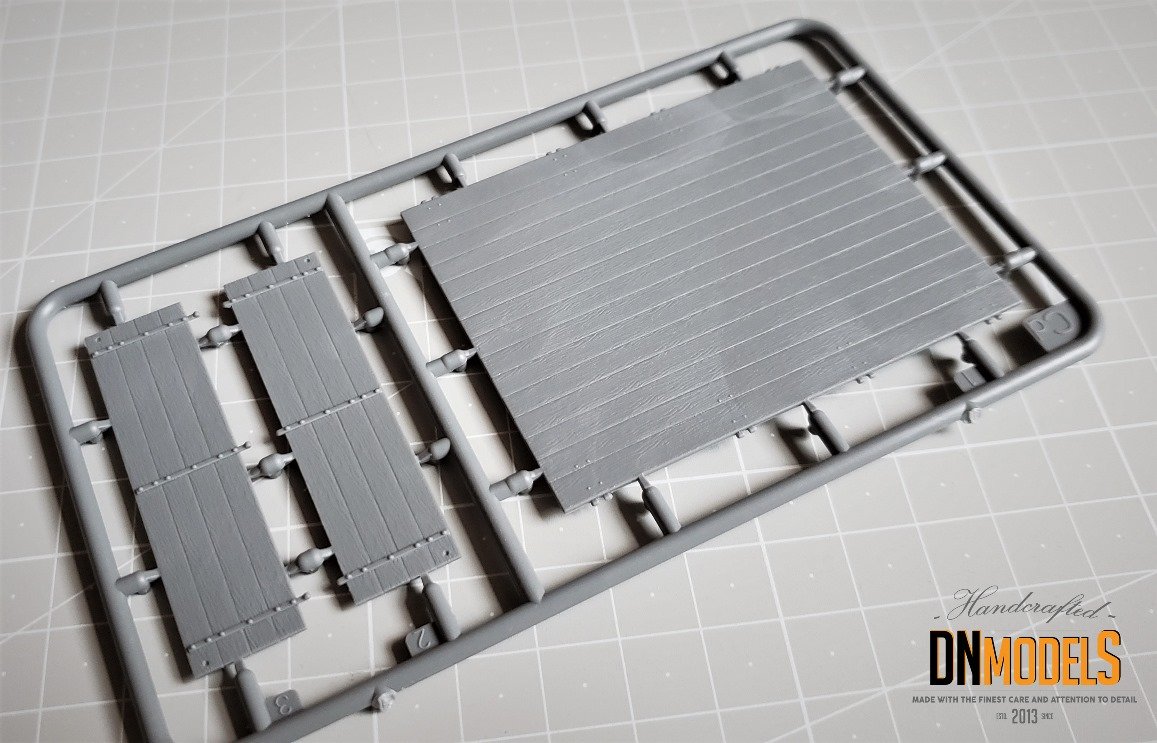 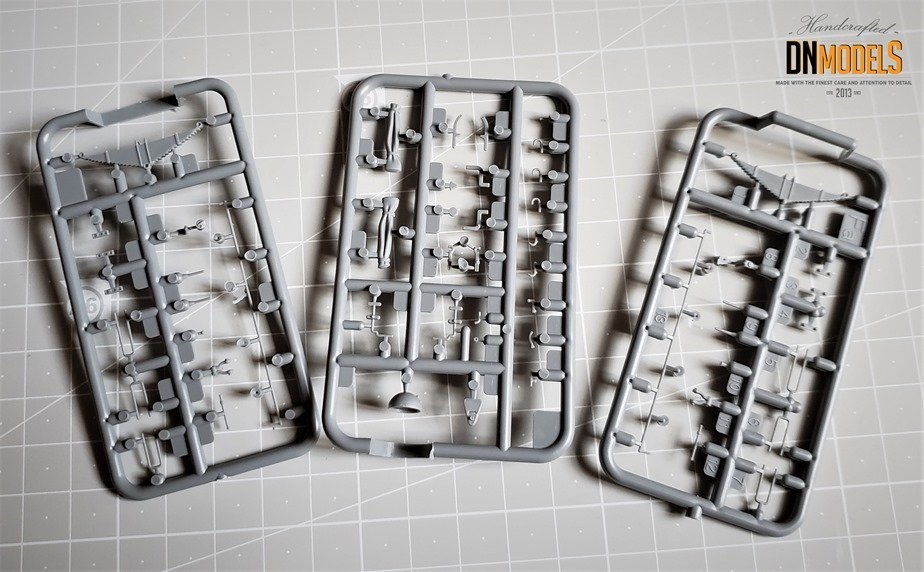 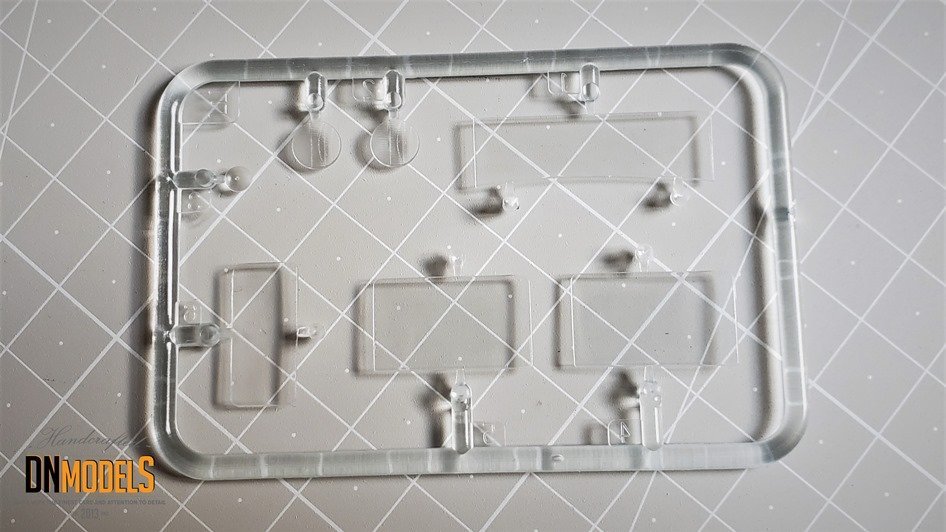 The PE sheet is not as big as the one you get with MiniArt’s tanks, but it is with the same thickness. It is here mostly to add to the kit overall quality and contents OOTB, but frankly, with the precision that MiniArt demonstrate, even made solely from plastic, this kit would’ve showed similar detailing. For the photo-etch lovers though, MiniArt added a piece of metal. And as you can see from the pictures, it looks nice, even though it is not overly crowded and abundant in details. I trust that MiniArt added this not because they felt the need to, but because OOTB the kit have more complete and satisfactory look compared to a kit that will lack PE parts at all. Better have little than nothing. And that completes the contemporary look of the set too. 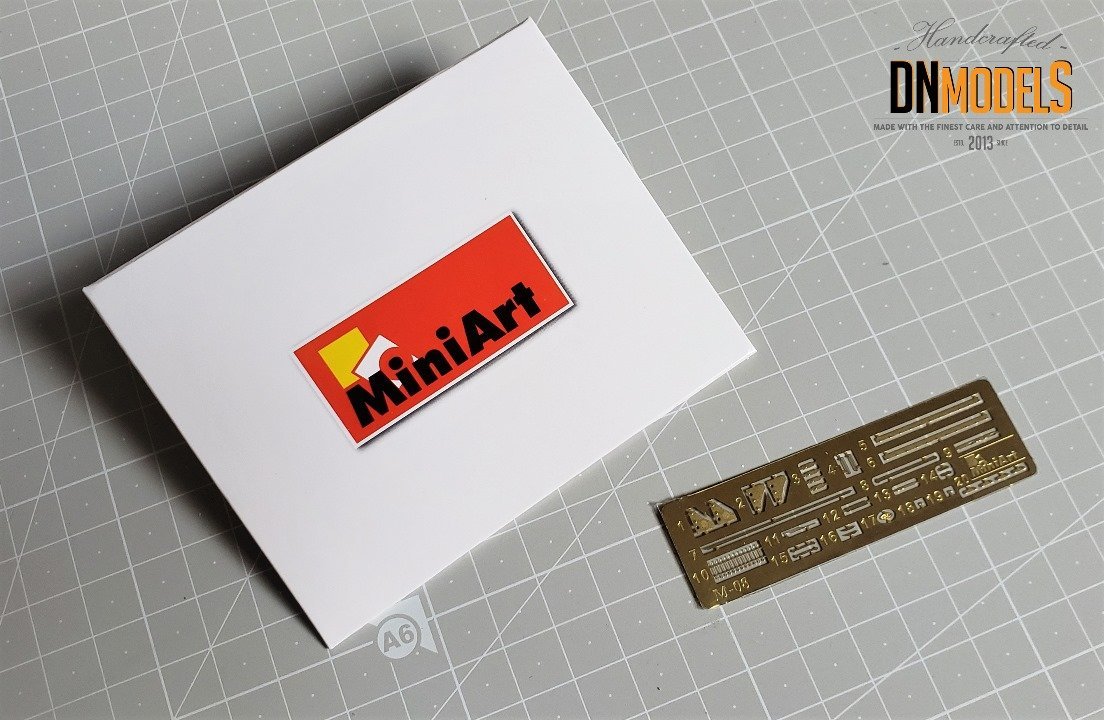 The decals are pretty much the same as the PE parts. In all my honesty, I believe that more people will choose to avoid the decals than to use them with this kit. Not due to the decal quality or anything, but because of the fact that this vehicle will look better with odd camouflage, winter scheme or a lot of weathering, than to show specific markings and information that most likely was lost at some point during its service career. With nearly one million built of the Model AA, it is highly unlikely that they were all accounted for and marked properly. 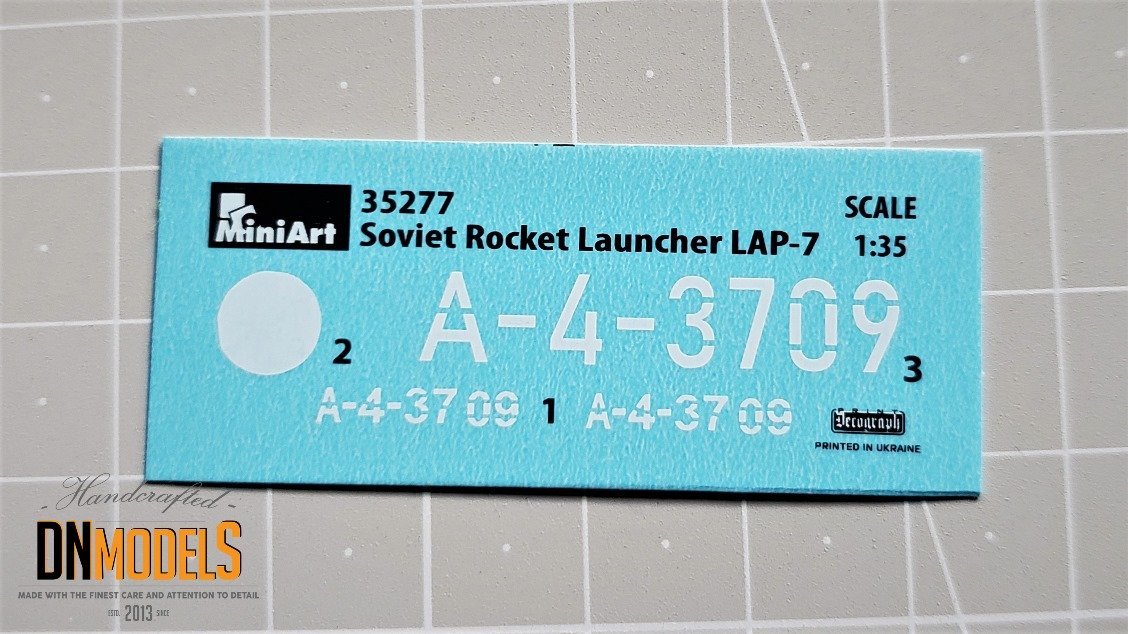 There are two options included. Both are from 1942, one is from the Autumn period, other is from the Winter. Both are Red Army of course. Autumn vehicle is in camouflage colors, while winter one features partially winter camo, where one of the camouflage colors used during the summer is substituted with White. It is needless to say that the winter camo provides with a lot more options here.

However, whichever of the two you choose to build, have in mind that those trucks were so widely used /maybe not as LAP-7 specifically though/, that whatever camo scheme you choose to make, even captured vehiles – you will still be on the right direction. This is actually one of the highlights of this kit: you can go wild with camo schemes, weathering, battle damages or abandoned pieces. The only limit is your imagination. 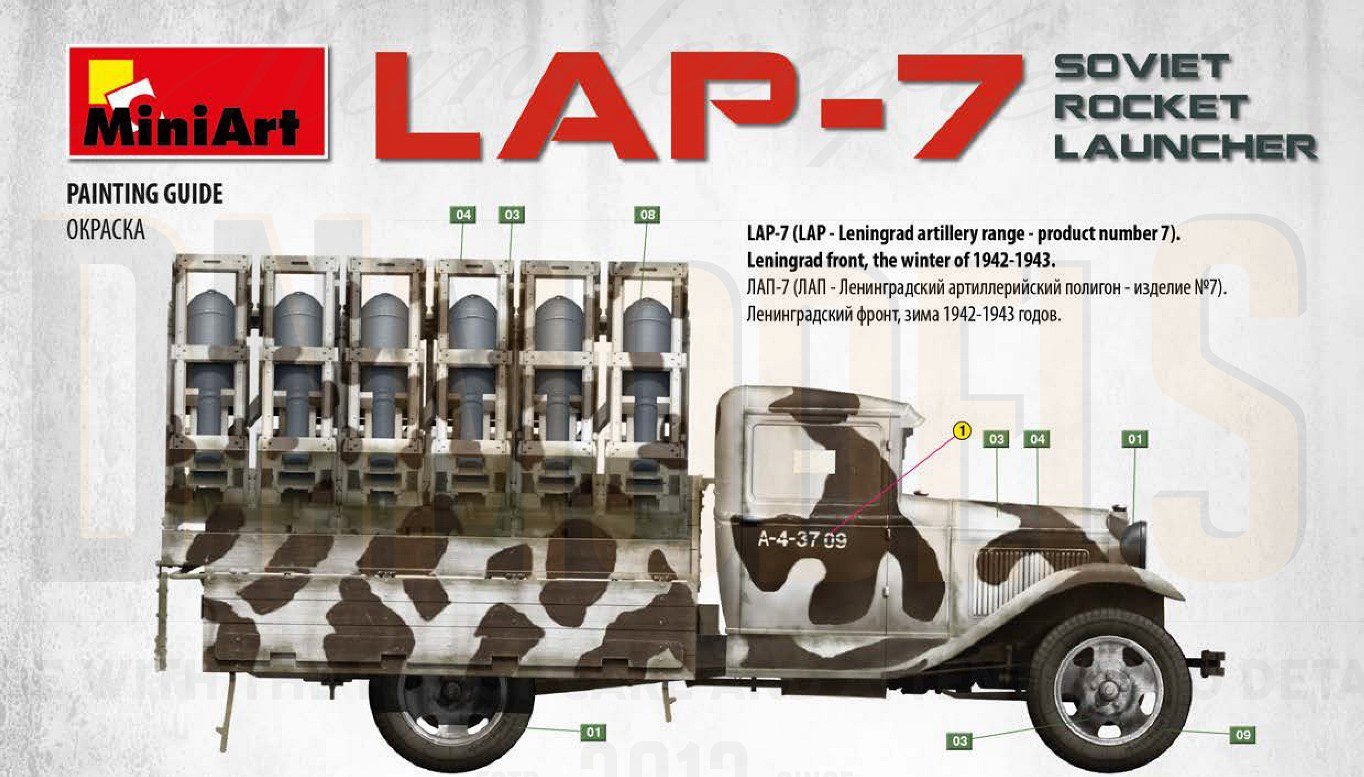 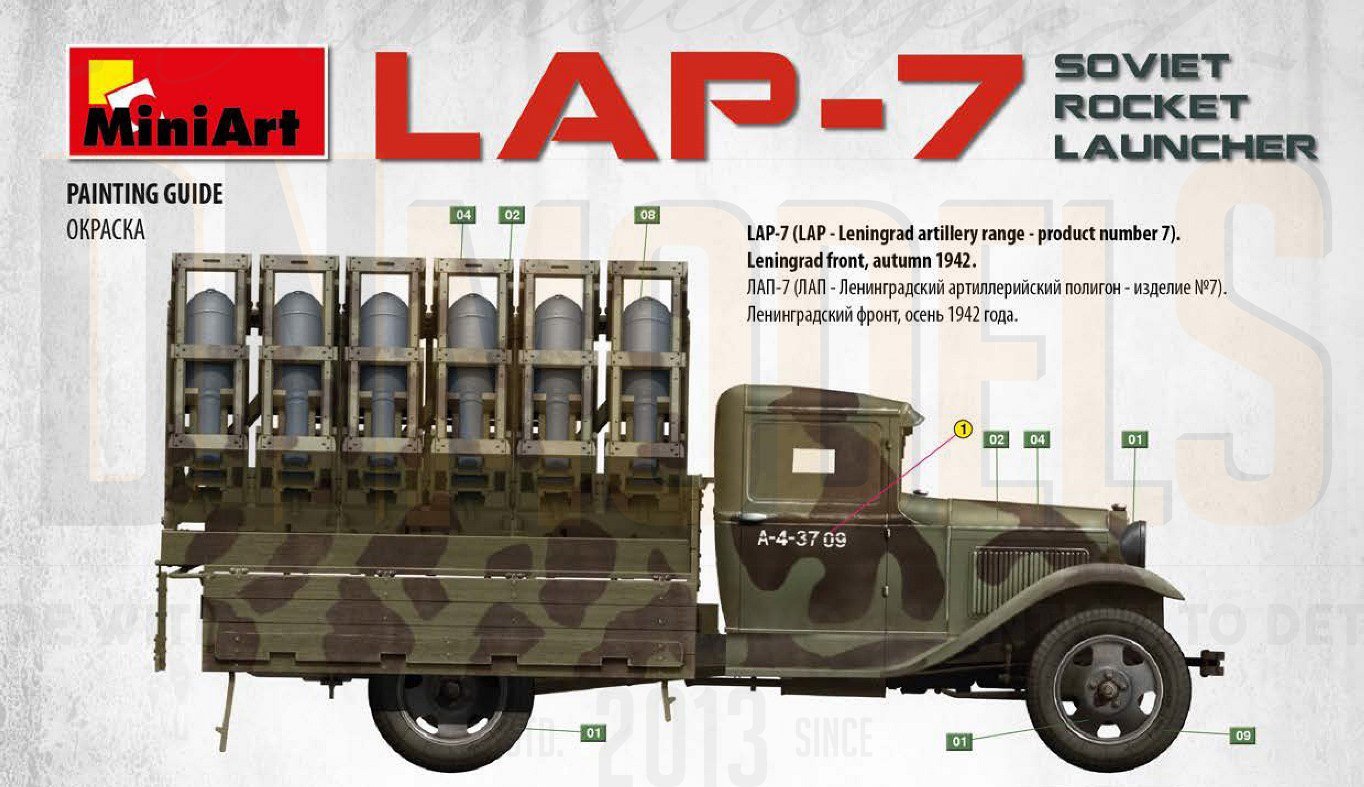 So in conclusion, this is another great release from MiniArt. One can make quite a nice collection with various tracks used in interesting roles and from the same manufacturer. Most definitely, this LAP-7 with its combat oriented purpose, will be one of the favorite options for WWII modelers.

The kit is absolutely sufficient out of the box and does not beg for any aftermarket, like most of the current releases from many of the competitive companies. Surprisingly, MiniArt managed to hit the soft spot again and present us with both interesting and obscure kit, which will be more than enough straight out of the box. And this is brilliant, simply because many modelers like to have all of those trucks with their versions, but they do not like to invest a lot in conversion sets or resin parts that are too expensive. So, MiniArt delivers. Again.